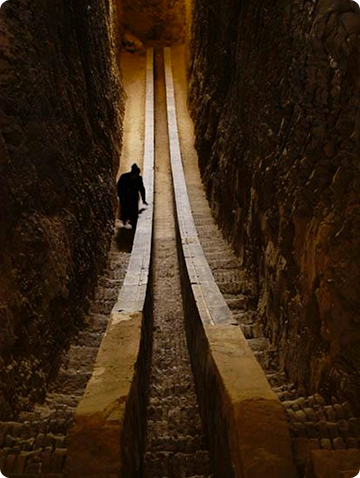 Recognizing that there were few properties related to science on the World Heritage List, and that the scientific value of cultural properties related to astronomy was not always recognized, UNESCO’s World Heritage Centre, in close collaboration with the State Parties and ICOMOS, created a thematic initiative on Astronomy and World Heritage in 2004. Its main objective was “to establish a link between science and culture on the basis of research aimed at acknowledging the cultural and scientific values of properties connected with astronomy”. Since astronomical heritage represents scientific heritage in its cultural context, this portal was created in order to implement and develop one of the main objectives of the Astronomy and World Heritage Initiative.

The AWHI provided an opportunity to identify properties related to astronomy located around the world, to preserve their memory, and to save them from progressive deterioration. Support was sought throughout from the international community in order to maintain the AWHI, and on 30 October 2008, UNESCO signed a Memorandum of Understanding (MoU) with the International Astronomical Union, as a result of which the IAU became integrally involved in the process of advancing the goals of the initiative, starting in the International Year of Astronomy 2009 and continuing to date. The MoU was renewed on 30 April 2013, and since 2015 the collaboration between UNESCO and the IAU has continued under the terms of an official partnership (consultative status) between the two organisations.

While astronomical heritage such as Ulugh Beg’s Observatory in Uzbekistan were already included within existing World Heritage properties, the first fruits of the AWHI in terms of new inscriptions on the World Heritage List materialized in 2010, when Dengfeng Observatory in China and the Jantar Mantar observatory at Jaipur in India were inscribed. A second Thematic Study was published in 2017, focusing on some of the most challenging issues highlighted in the first, such as the protection of dark skies.

Since 2017, the success of the AWHI has been evident in the form of three new inscriptions on the World Heritage List of properties that relate specifically, or in large part, to astronomy or archaeoastronomy: namely Jodrell Bank Observatory in the United Kingdom (2019), Risco Caído and the sacred mountains of Gran Canaria in Spain (2019), and Chankillo solar observatory and ceremonial centre in Peru (2021), with several others appearing on National Tentative Lists.

In an effort to extend the AWHI’s success to other fields of science and technology heritage, it was replaced in 2018 by a broader thematic initiative on the Heritage of Astronomy, Science and Technology (TIHAST). However, at its 44th meeting in Fuzhou, China, in 2021 the World Heritage Committee took the decision to phase out the fledgling TIHAST because of funding issues.

The work to identify, protect and preserve valuable astronomical heritage around the globe, and to provide support to State Parties developing nomination dossier relating to astronomical heritage, now continues through the partnership agreement between UNESCO and the IAU, and is largely the responsibility of IAU Commission C4. The maintenance of this Portal continues to be supported and overseen by the IWGAWH.

Participants at the expert meeting in Gran Canaria, May 2018

Various meetings have served to implement, progress, and publicise the AWHI and the continuation of its work. These include:

The contents of this page were originally based upon text in the ICOMOS–IAU Thematic Study. Original text © Clive Ruggles, Michel Cotte and the contributing authors.