Point Venus is the place from which Captain James Cook observed the 1769 transit of Venus.

Point Venus is a peninsula on the north coast of Tahiti. 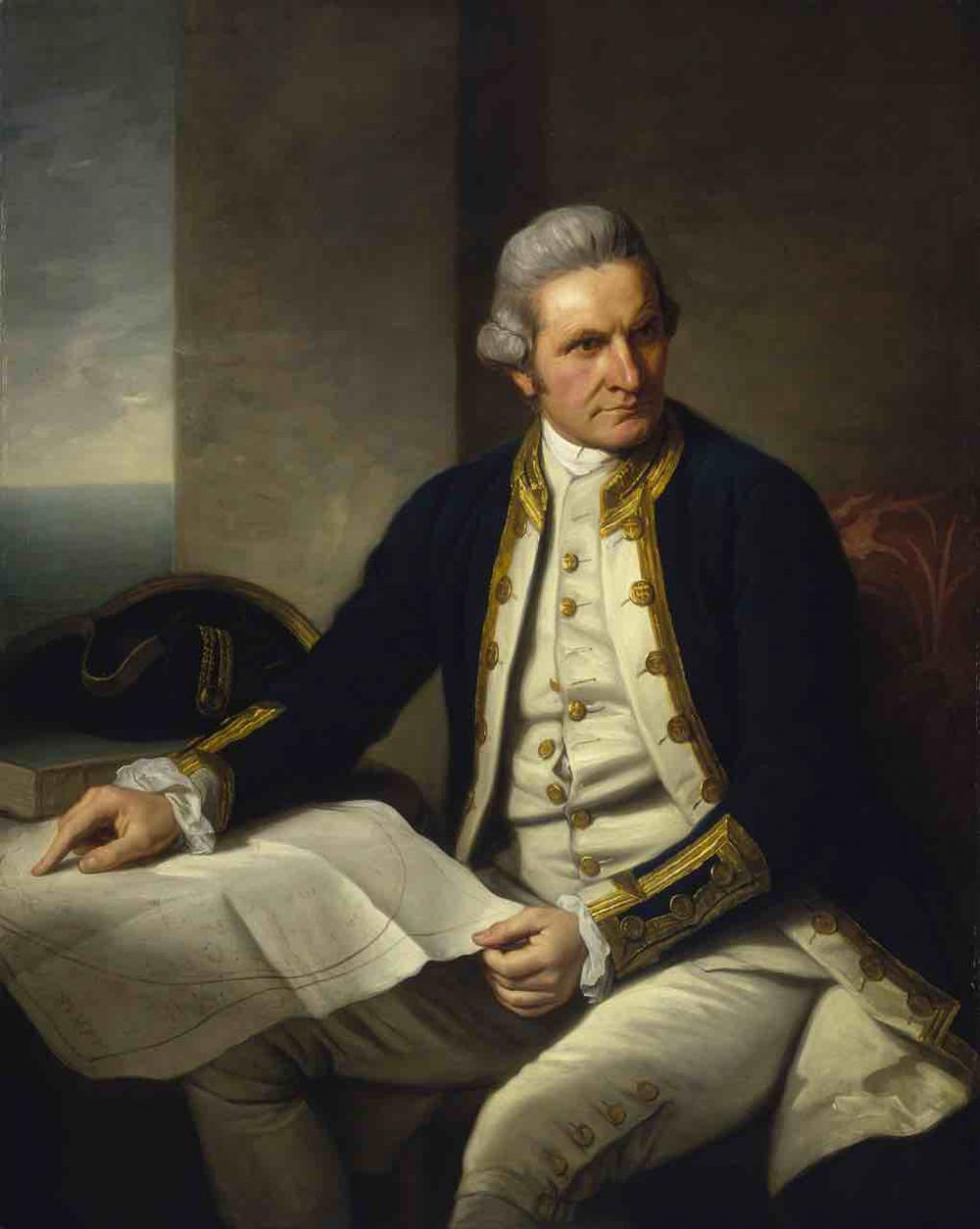 The determination of the astronomical unit using Venus or Mercury transits was first proposed by Scottish mathematician James Gregory in 1663. Edmund Halley took up this idea and recommended several places for the observation of forthcoming transits of Venus in 1761 and 1769 in the 1716 issue of the Philosophical Transactions of the Royal Society.

The observations of the 1761 transit were unsuccessful due to poor weather conditions, so in 1766, preparations began for the 1769 transit.

The Royal Society chose three locations for expedition – the North Cape (Norway), Fort Churchill at Hudson Bay (Canada) and a suitable island in the South Pacific.

British navigator Samuel Wallis made first European contact with Tahiti in June 1767. Upon his return to England, the Royal Society decided that Tahiti would be an ideal location for the observation of the Transit of Venus.

The Admiralty chose HMS Bark Endeavour to take astronomers and other scientists to Tahiti and James Cook was commissioned as Lieutenant and appointed to command the vessel.

The Endeavour departed Plymouth on August 26, 1768. It crossed the Atlantic, rounded Cape Horn and reached Tahiti on April 13, 1769. James Cook commissioned the building of a small fort and an astronomical observatory in preparation for the transit on June 3.

The sky was clear for the observations of the transit and James Cook wrote in his journal:

Facsimile of the journal entry for June 3

“This day prov’d as favourable to our purpose as we could wish, not a Clowd was to be seen the whole day and the Air was perfectly clear, so that we had every advantage we could desire in Observing the whole of the passage of the Planet Venus over the Suns disk: we very distinctly saw an Atmosphere or dusky shade round the body of the Planet which very much disturbed the times of the Contacts particularly the two internal ones. Dr. Solander observed as well as Mr. Green and my self, and we differ’d from one another in observeing the times of the Contacts much more than could be expected. Mr. Greens Telescope and mine were of the same Magnifying power but that of Dr was greater than ours. It was nearly calm the whole day and the Thermometer expose’d to the Sun about the middle of the Day rose to a degree of heat we have not before met with.” (Journal of James Cook) 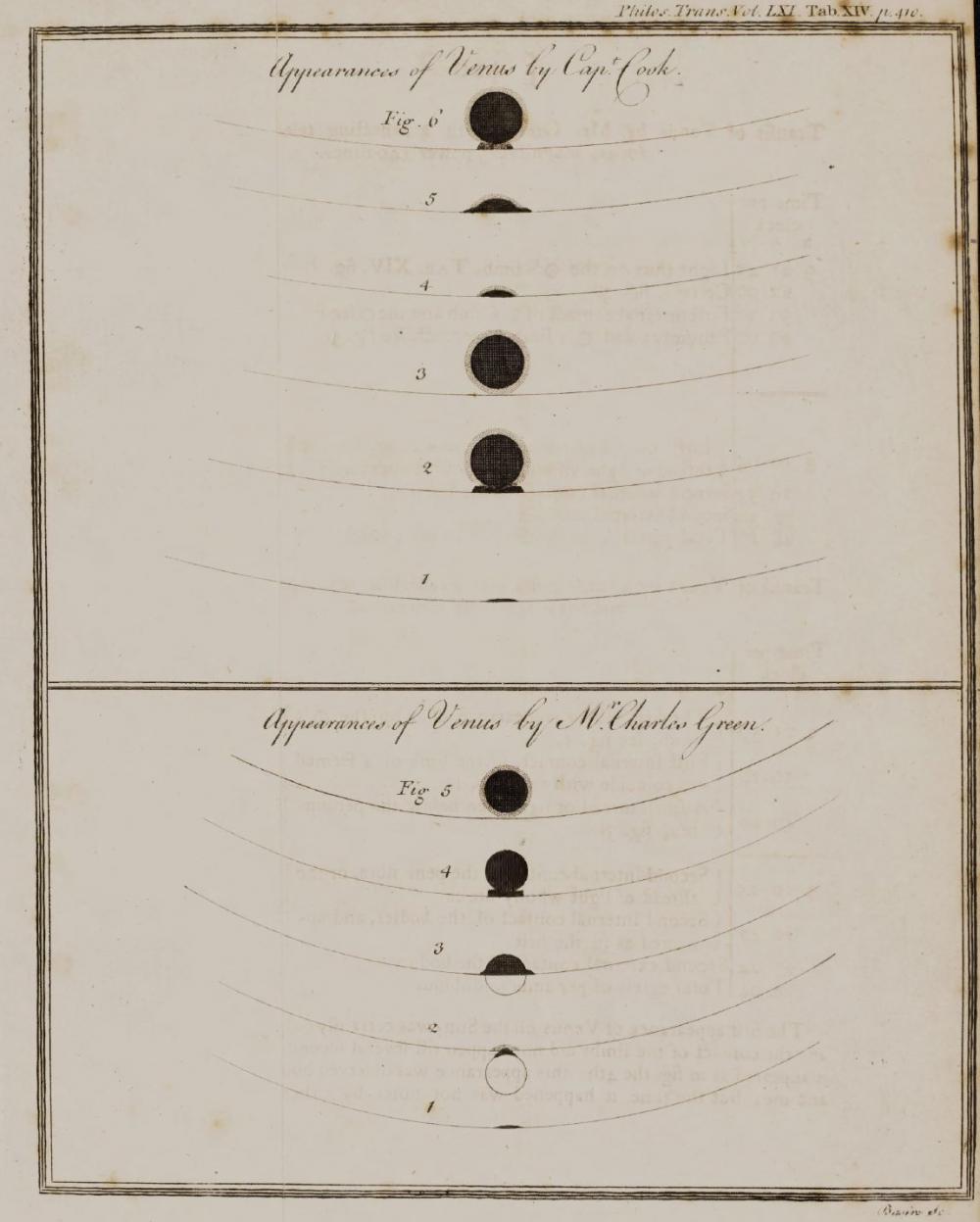 Once the observations were complete, Cook set sail for the second, „secret“ part of his voyage: to search the South Pacific for signs of the postulated continent of Terra Australis.

The Endeavour returned to England on July 12, 1771. The Royal Society was disappointed with the results of the data, as the so called „black drop effect“ made recording the times of the entry and exit points from the Sun very difficult.

The Royal Society deemed the expedition and the observations a failure, but the value Thomas Hornsby for the 1771 issue of the Philosophical Transactions of the Royal Society derived from the solar parallax from the 1769 observations was that „the mean distance of the Earth from the Sun will be 93,726,900 English miles“ (the modern value is 92,955,807 miles).