Coats Observatory is the first purpose-built public astronomical observatory in Scotland. Dating from 1883 the observatory houses two refracting telescopes, a 5-inch Cooke installed in 1883 and a 10-inch Grubb dating from 1898 as well as a wide range of late 19th century scientific apparatus for the study of astronomy, meteorology and seismology. The institution was funded by the Paisley-based Coats thread magnates and run by the Paisley Philosophical Institution until 1963 when ownership passed to the local authority, who have operated it ever since. Twice weekly public night-sky viewing sessions run throughout the winter months.

Fig. 1. Coats Observatory with star-trail, taken during one of the public viewing nights - Copyright John Pressly

Coats Observatory has been a feature of the Paisley skyline since it first opened its doors to the public on October 1st 1883. Housing two powerful refracting telescopes and a wide range of late 19th Century scientific apparatus, the observatory has been welcoming anyone with an interest in astronomy ever since, allowing visitors a rare chance to view the wonders of the night sky through the marvellous Victorian telescopes housed in the observatory dome. 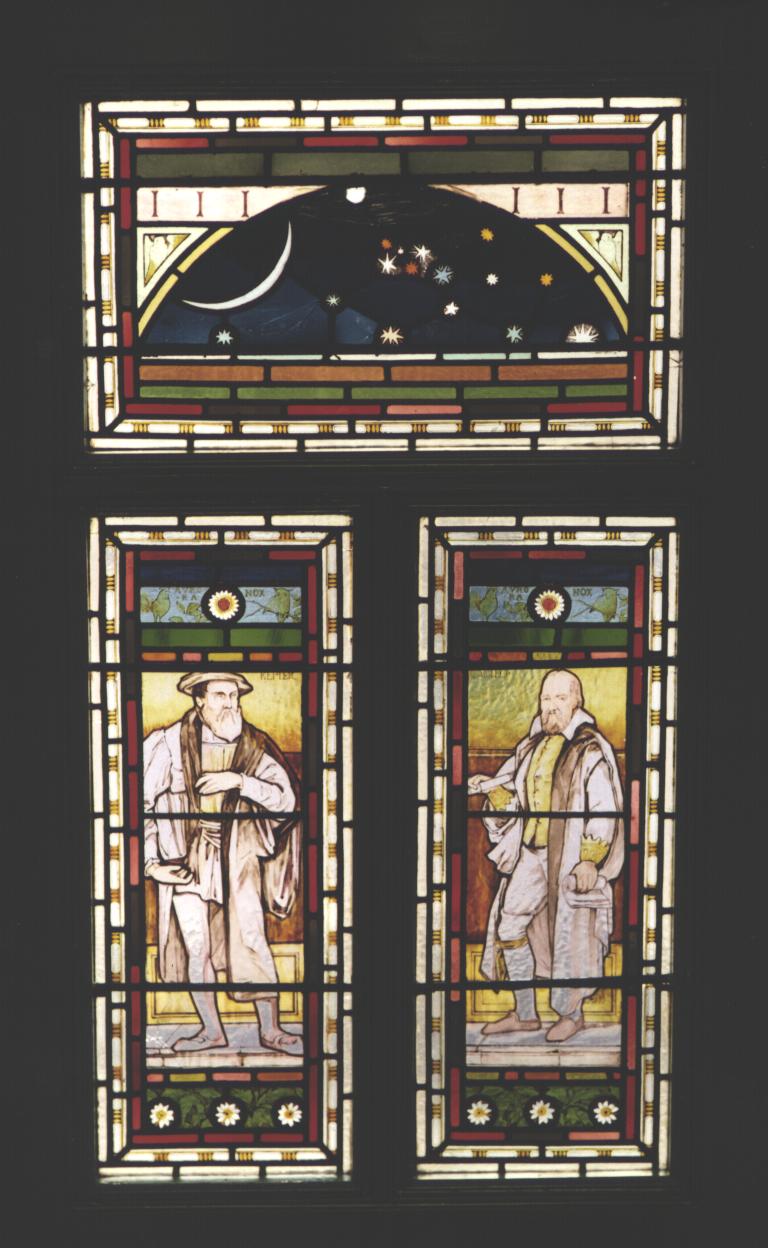 Fig. 2a. and 2b.. Stained glass windows by Glasgow-based stained glass artist and designer Stephen Adam.

Stained glass window dedicated to William Herschel (1738 - 1822), discoverer of the planet Uranus. The window is from the workshop of Glasgow-based stained glass artist and designer Stephen Adam, who also designed the stained glass depictions of Galileo and Kepler which adorn the door of the main entrance to Coats Observatory. Adam was one of the most prolific stained glass manufacturers of  the late 19th century and his work adorns many churches, public buildings and private dwellings throughout the West of Scotland.

The Grubb and Cooke telescopes

The Cooke telescope was the original gift of Thomas Coats, whom the observatory is named after, and was installed in the building in 1883. Thomas also donated meteorology instrumentation so that weather recording, which was a passion of his that he had undertaken since 1856 at his home of Ferguslie House in Paisley, could continue at the new observatory. Other gifts included a micrometer, photometer, glass plate box-camera for taking photographs through the telescope, a transit telescope and sidereal and mean-time clocks. Unfortunately Thomas did not live long to see the observatory develop as he died on 14th October 1883, just two weeks after the observatory opened having only visited the completed building once.

The Grubb telescope was purchased in 1897 by James Coats, son of Thomas, who had taken over the financial interest of the observatory upon his father’s death. The replacement telescope was a 10-inch refractor from the workshop of Howard Grubb in Dublin, one of the most prolific astronomical instrument makers of the 19th century. When purchased this was the second-most powerful refracting telescope in Scotland, only surpassed by the 15-inch telescope housed in the Royal Observatory at Blackford Hill in Edinburgh.  James also purchased additional equipment at the same time, including an alt-az telescope, astrograph, magnetometer, two seismometers, microscope and accessories, the addition of which led to the construction of a pavilion building to the south of the observatory tower, which opened in September 1898.

Up until his death in 1908 James Coats periodically provided funds to spend on extra scientific apparatus, which included an Orrery made by Adam Hilger and installed in 1901. The Orrery, a mechanical model of the Solar System, can be manipulated to demonstrate the relative motion of the planets around the Sun. It provides a snapshot of the solar system as it was known at the time, which means fewer moons orbiting the outer planets and no Pluto, although this model does include a representation of the largest asteroid, Ceres. The Coats Observatory orrery was designed as an educational resource as the observatory was keen to encourage school teachers and pupils to visit to learn more about the universe around them. 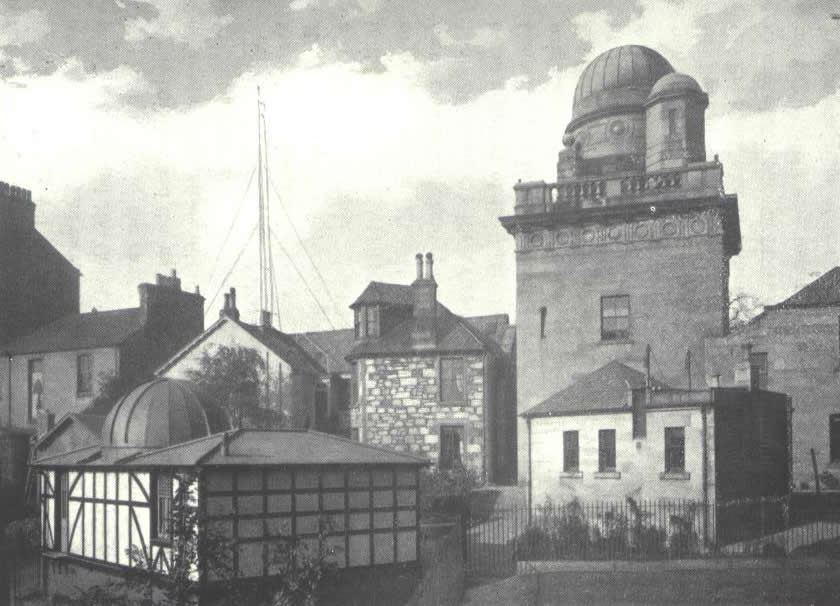 The idea behind the creation of an observatory in Paisley grew from a meeting of the Paisley Philosophical Institution (PPI), which had been founded in 1808 with the aim of advancing scientific knowledge through collecting books, delivering lectures and founding a museum. During the late 1870’s the PPI held several lectures with an astronomical theme. This led to a proposal at the 1880 AGM of the PPI that a telescope should be purchased, which the council of the institution agreed to, and to which Thomas Coats, owner of the world-famous Coats thread manufacturing company, offered to meet the costs involved and to pay for a purpose-built observatory to house it in plus provide equipment and funding to create a suitable place for astronomical study to be carried out. Thomas Coats also insisted that the general public be allowed access to the telescope, the first time that such a provision had been made at any observatory in the country, making Coats Observatory the first purpose-built public observatory in Scotland.

Coats Observatory was officially opened for business on October 1st 1883, and the first visitor to the building was Robert Grant, professor of astronomy at Glasgow University. Grant was well known to the PPI as he had lectured to them on many occasions and provided advice on the purchase of the first telescope for the observatory, plus Grant’s assistant, Donald McLean, became the first curator of the building. He was selected from a list of over 400 applicants and continued in his role at Coats Observatory until he retired in April 1931, aged 80, after almost 50 years service.

The original telescope was a 5-inch refractor made by Thomas Cooke of York. In 1897 the PPI purchased a larger telescope to operate alongside the original one. This was to be a 10-inch equatorial refractor built by Howard Grubb of Dublin. The Grubb telescope was installed in 1898 and is still in use today. As well as the new telescope additional scientific equipment was ordered, making Coats Observatory one of the most completely furnished observatories in the country.

In September 2012 the observatory began rewriting the next exciting chapter in its history as the redevelopment works commenced on the ‘Paisley Museum Reimagined’ project. As part of this £42 million project Paisley Museum will be redesigned and remodeled, work which will include Coats Observatory in the plans. We will have more of the collection on display and be able to tell more of the fantastic history of the observatory whilst creating a world-class visitor attraction.

Operated by Renfrewshire Leisure ltd. Observatory is normally open daily 11am to 4pm and open on Tuesday and Thursday evenings from the end of October to the end of March from 6:30pm to 9pm. The observatory is currently closed as part of the Paisley Museum Reimagined project, a £42 million redevelopment of the museum complex, and is due to reopen in 2022.

Currently undergoing refurbishment and due to reopen in 2022.

Grade A Listed Building (denotes that Coats Observatory has been designated by Historic Environment Scotland as a building of national or international importance, either architectural or historic, or is a little-altered example of some particular period, style or building type - Historic Environment Scotland is the lead government body established to investigate, care for and promote Scotland’s historic environment)