The Observatory has been a place connected to the sky for 40 years now. The members of the “Astronomische Gesesllschaft Luzern” (Astronomical Society of Lucerne) have been guiding the general public through the skies above Lucerne since 1965. The “old” Observatory is just about 50m to the east of the “new” one, which was inaugurated in 1979.

The Hubelmatt observatory is operated by the “Astronomische Gesellschaft Luzern (AGL)”. The AGL was founded in 1955 and has been offering public guided tours under the starry sky of Lucerne since 1965. 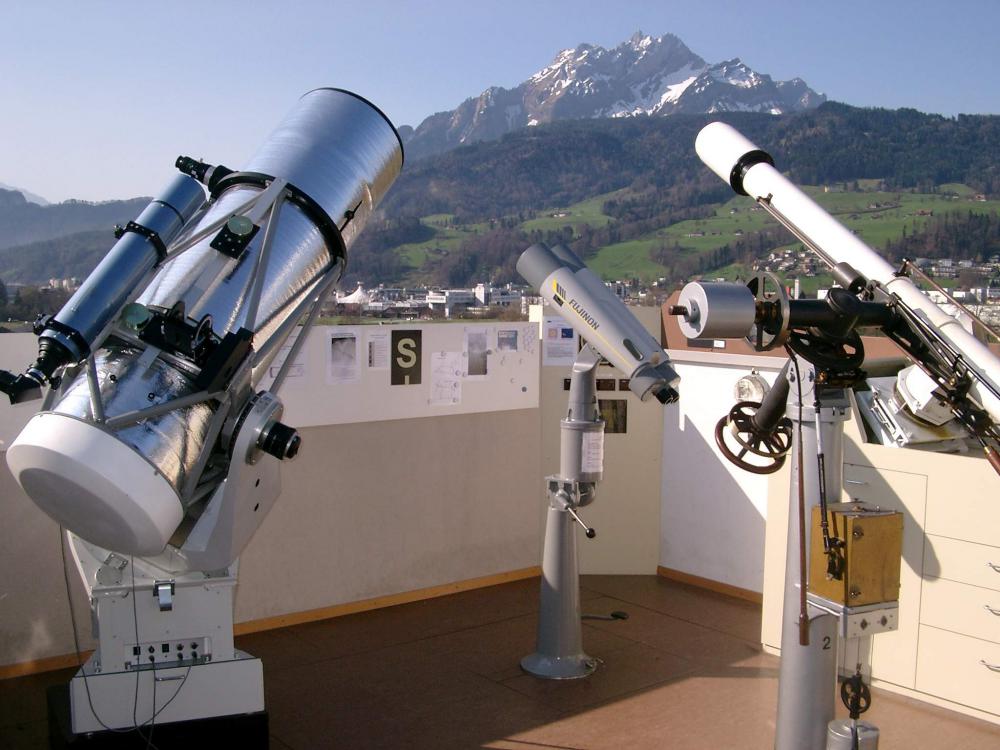 Fig. 1. The Observatory by day.

It cultivates and promotes friendly contacts among its members as well as with other sections of the Swiss Astronomical Society. As an association, the Society promotes the exchange of scientific knowledge and astronomical observations and is committed to the dissemination of astronomical know-how.

The Observatory is open to the public each Tuesday evening starting at 8pm, and offers guided tours on Thursday for clubs, school classes and companies. The AGL also has an active youth-group. 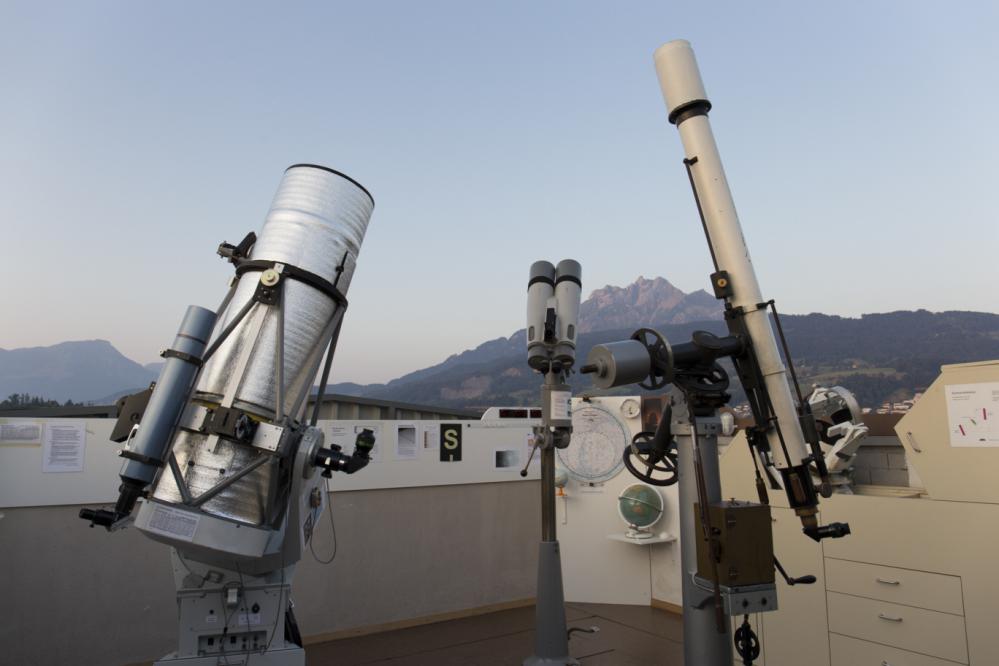 Fig. 2. The Observatory by day. 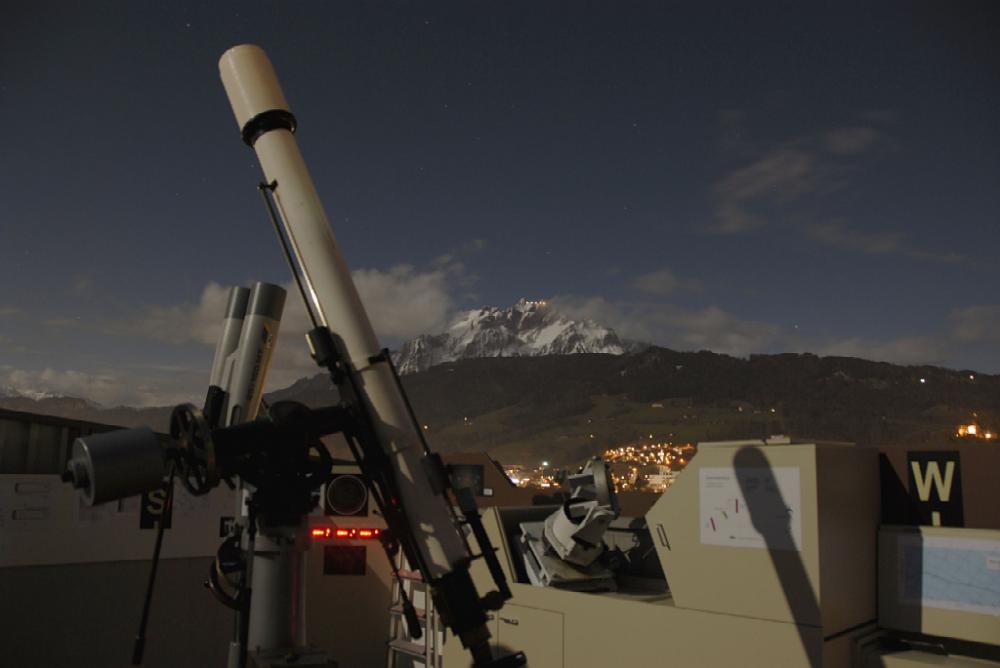 Fig. 3. The Observatory by night (and moonlight). 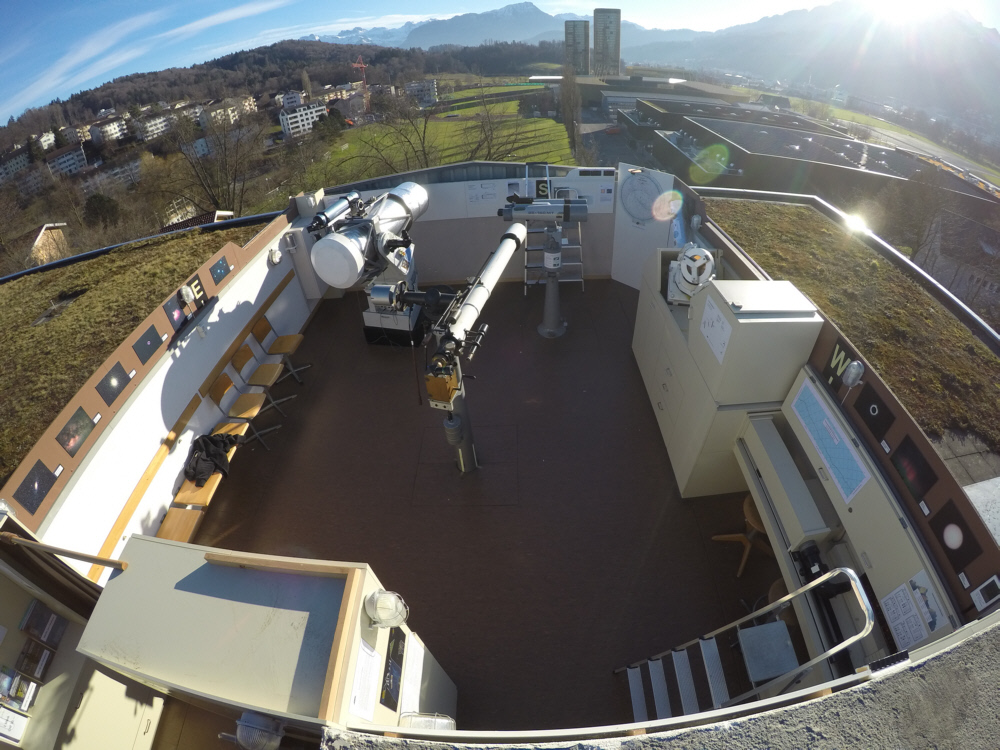 Fig. 4. The Observatory by day with a GoPro camera.

The Lucerne Astronomical Society was founded on July 19, 1955. Its first president was Herman Theiler. After that, the number of members increased steadily.

In 1964, the members of the AGL together observed a lunar eclipse on the Dietschiberg. In 1966, the AGL was granted permission by the city of Lucerne to use the “old” observatory. From then on, public guided tours took place in the observatory. In September 1979, the new observatory was opened on the roof of the school building “Hubelmatt West”. In March 1981, with the help of the AGL, a planet trail was inaugurated in Emmen. The old observatory has been used as a small planetarium since 1982.

The new solar telescope built by the AGL was inaugurated on September 16, 1983. In 1988, the installation of a telescope workshop began and the planning and construction of the new Multi-Function Telescope (MFT) was started. In October 1999 we were finally able to hand over our 40 cm reflector telescope officially for use.

On December 15, 2015, the IAU announced the winners of the “NameExoWorlds” competition. Our youth-group proudly announced that their name proposals had won: the star 51 Pegasi is now called “Helvetios” and its Planet 51 Pegasi b “Dimidium”. In October 2016, the Albert Koechlin Foundation announced that the Hubelmatt Observatory had been awarded a prize of CHF 30,000. In addition, on February 12, 2017 the inner main-belt asteroid 6126 Hubelmatt was named in honour of the observatory and its hosting school.

On September 21, 2018 the TEC 180 was officially commissioned on its computer-controlled Atlas V24 mount.

The Observatory is frequently used for public viewings of the night sky.

The Observatory is in a good state – especially the instruments.

None – except light pollution!

Being a member of Dark Sky Switzerland.