Established by Moritz von Kuffner, the observatory was constructed between 1884 and 1886 (extended in 1889/90) based on architect Franz Ritter von Neumann plans. Kuffner's intention was to create a private research institution of the highest reputation, and in order to achieve this, he spent major parts of his family's wealth on the construction, the equipment and also the ongoing operation of the observatory. Today, the Kuffner observatory still hosts its original instruments from the late 19th century, and is operated as a public observatory and educational institution jointly by the City of Vienna and the private Assiociation Kuffner Observatory. 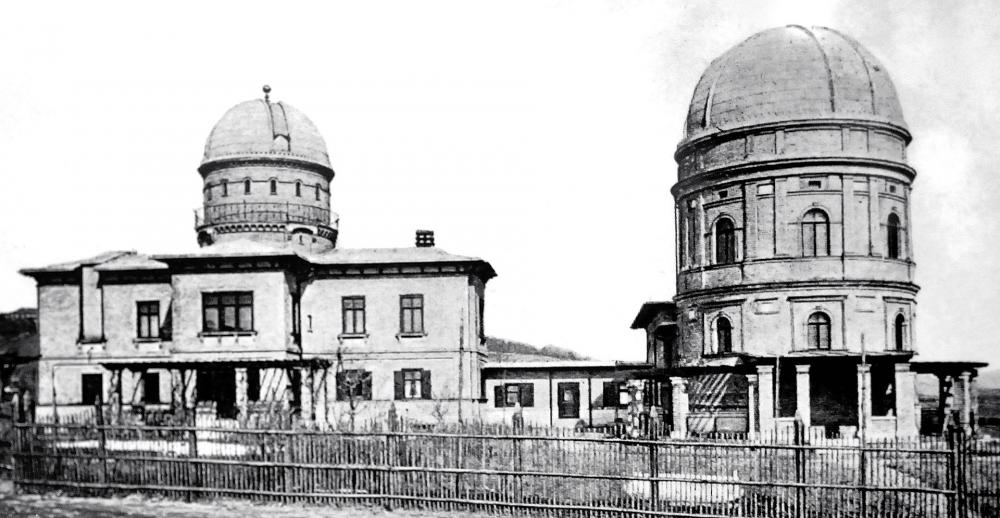 The Kuffner observatory in 1891, immediately after its extension. Reproduced from original photo in the Ottakring district museum

The observatory, located in the outskirts of the Viennese district of Ottakring, was built between 1884 and 1886, and extended in 1889/90. From the start it hosted astronomical instruments of the highest quality and earned international reputation.

In between the World Wars, attempts to reinitiate operations were unsuccessful, and shortly before World War II, the Kuffner family was forced to flee from Austria to Switzerland.

In 1947 the observatory was reopened (on a provisional state) as a public educational institution, but only since the 1980ies, an increasingly permanent operation as public educational and sky-gazing institute could be established. After granting the nessessary funding in the early 1990ies by City of Vienna, the much needed general restauration could be undertaken, with a first milestone reached in 1995 by reopening the observatory to the public on a regular schedule. 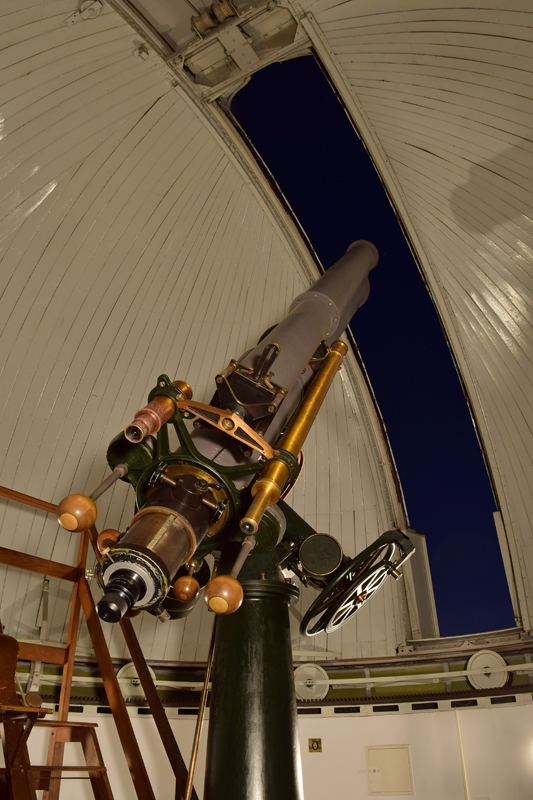 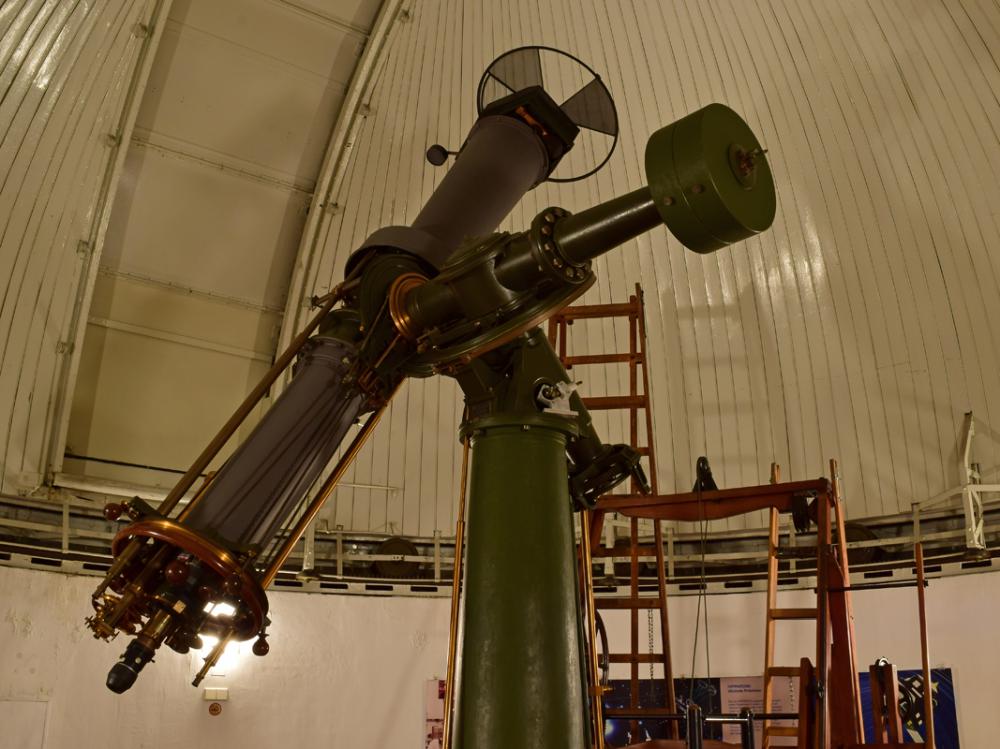 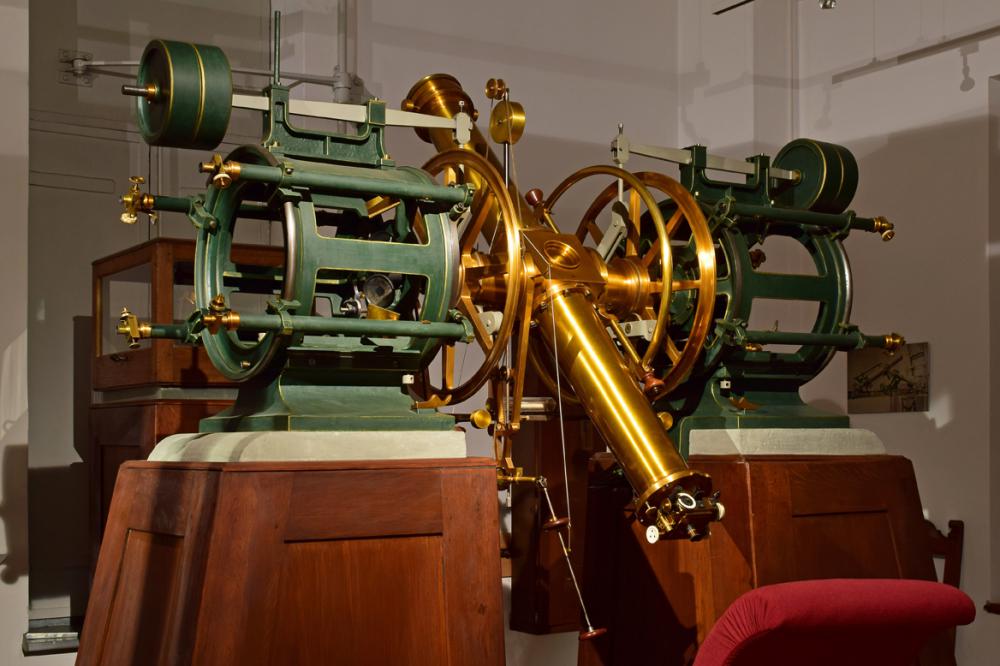 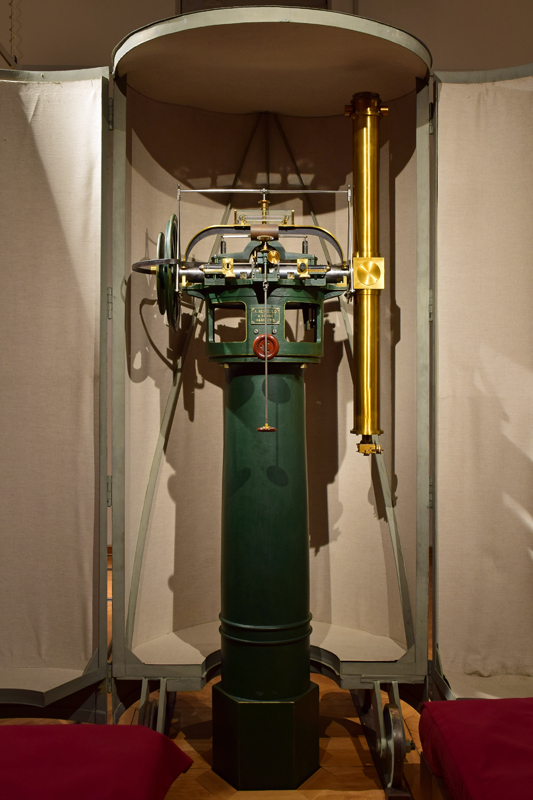 Other instruments at the observatory

The observatory looks back on a very changeful history, with five different periods in its 130 years (1886 to 2015) of continuity.

The main scientific task of the observatory was to survey the sky (stellar positions, time keeping, measuring star distances). The observatory, together with the Strasbourg, the Washington and the Cambridge observatories joined the international effort to survey all stars down to magnitude 9 with the highest available precision. The Kuffner Observatory was responsible for those 8.468 stars located in the area from declination -6° to declination -10° . This was the first southern zone to be completed and got published in 1904. Only in 1912 Cambridge Observatory published it’s results as the last southern zone.

In 1896 Leo de Ball initiated studies on errors regarding the heliometer scales, the focus and dependencies on temperature. The results were used to start a major stellar parallax program with 252 stars from 2 mag to 6 mag. De Ball convinced other observatories like Bamberg and Göttingen, as well as the Yale Observatory to join in on this program. By 1908 the Kuffner Observatory published 16 stellar parallaxes. At this time, only a total of about 100 stellar (including those published by the Kuffner Observatory) parallaxes were known and published.

Karl Schwarzschild intensely used the great refractor to advance the use of photography in astrometric work. He developed the method to determine the absolute magnitude of stars from photographic exposures. During this work, he discovered the Schwarzschild law regarding the accurate calculation of optical density in photographic material.

In 1916 Leo de Ball, then director of the observatory died. The WW-I environment made it impossible for Moritz von Kuffner to further support the observatory and find a new director. Thus the scientific projects were terminated unfinished. The von Kuffner family, being jewish, was forced to sell their properties in Vienna and flee from Austria.

In this period a number of plans were developed to revitalise the observatory.

Implementing and ensuring permanent operations (1995 to 2015)

As a major milestone in the history of the observatory, in 1995 the institute was reopened as a public outreach institution. The responsibility for the operation was divided between the private assiocation "Verein Kuffner Sternwarte" and the (city-owned) public-education organisation "Volkshochschule Wien".

The observatory is used for public education by the two operating entities (VHS Wien and Verein Kuffner Sternwarte). Together the two organisations provide a 7-days-a-week service to the public, with public observing nights and educational presentations almost every day in the year.

After an extensive restauration in the early 1990ies, that probably costed the City of Vienna some 2 million Euros, the observatory today presents itself in a fairly well preserved state. The instruments are well protected and maintained. In 2018, thanks to a generous grant by the great-grandchildren of Moritz von Kuffner, both the main refractor and the Heliometer received a major maintenance and restauration service.

As with probably most non-mainstream educational institutions, financial support from governmental agencies is becomming increasingly difficult. The ongoing operation seven-days-a-week is demanding a lot of time and enthusiams from the volunteers responsible for this operation.

In 1977 the observatory became listed under the austrian preservation order act. This step prevented existing plans to break down the observatory and build three residential buildings from being executed.