The intangible heritage of astronomy: knowledge and ideas

The ‘core’ heritage of astronomy as ‘science’ in either the broad or narrow sense—in other words, ideas, knowledge and understanding—is intangible. Tangible and intangible heritage are inextricably interwoven, both in modern contexts and in the past, stretching back into prehistory.

All of the thematic essays illustrate this in different ways. For example, the development of radio astronomy provides an excellent example of continual interaction of these different categories of legacy in a modern context. The issue is also highly pertinent in the case of indigenous uses of astronomy, an example being the Mursi calendar, an Ethiopian indigenous calendar of huge importance from the point of view of the anthropology of astronomy since it undermines a number of assumptions people tend to make about the ‘inevitable’ ways in which calendars developed in the past. It may sometimes be possible to recognise surviving astronomical or calendrical practices as part of a living ‘cultural landscape’ such as the Cliff of Bandiagara (Land of the Dogons) World Heritage Site in Mali.

The main goal of the World Heritage Convention is not to celebrate the achievements of individuals, even if it sometimes recognises the exceptional value of their material productions in context (e.g. the fortifications of Vauban in France and the works of Antoni Gaudí in Spain). Of course, individual scientific genius has played a crucial role in the development of modern Western science, but this aspect of the heritage of astronomy—however crucial it might seem to today’s astronomers and scientists—remains a limited and recent one in the broad cultural perspective of the WH Convention. Hence, as at the twin-monastery of Wearmouth–Jarrow, United Kingdom, the fact that a place is associated with a great person (in this case, Bede of Jarrow) and/or their discoveries does not constitute value by itself, although it can clearly strengthen other aspects of the value.

Archives and documents: links between tangible and intangible scientific heritage

The scientific corpus that represents this core heritage of astronomy comprises the material sources of the history of astronomy: its archives and documents, in the broadest sense. An item of this type could be a tangible drawing or engraving on a monument or a palaeographic inscription, but it is frequently a ‘movable legacy’ such as a written document, map or printed matter. The recording and transmission of information has certainly been a crucial issue throughout the history of astronomy. It is manifested in cave art, papyri, cuneiform tablets, paper-books of observations, paper archives, books and ephemerides, photos in visible and non-visible wavelengths, spectra, and digital databases.

Obviously, a major part of the evidence for the development of ideas in astronomy exists in the form of movable documentation contained in archives, collections and bibliographies. Such documentation provides material support for the recording of observational results, prediction, calculation, theory, the use of astronomy, etc. 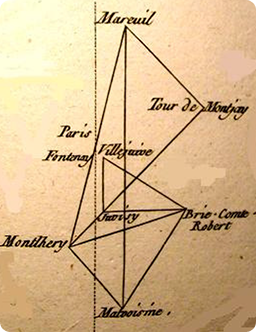 These documents are the product of scientific activities in their cultural context. The core of scientific knowledge is mainly intangible. It is an intellectual framework of the human spirit using specialised languages (written language, mathematics, etc) and images (drawings, maps, photographs, physical information such as spectra, and so on).

In fact, the production and retention of archives could be considered the very heart of the scientific productivity of a laboratory or observatory. They are movable underpinnings for collections of data emanating from sky observations, calculations, predictions and theoretical interpretations. It is in this way that the ‘intangible property’ represented by archives in a broader sense is most directly linked with the scientific activities and reputation of the ‘astronomical property’.