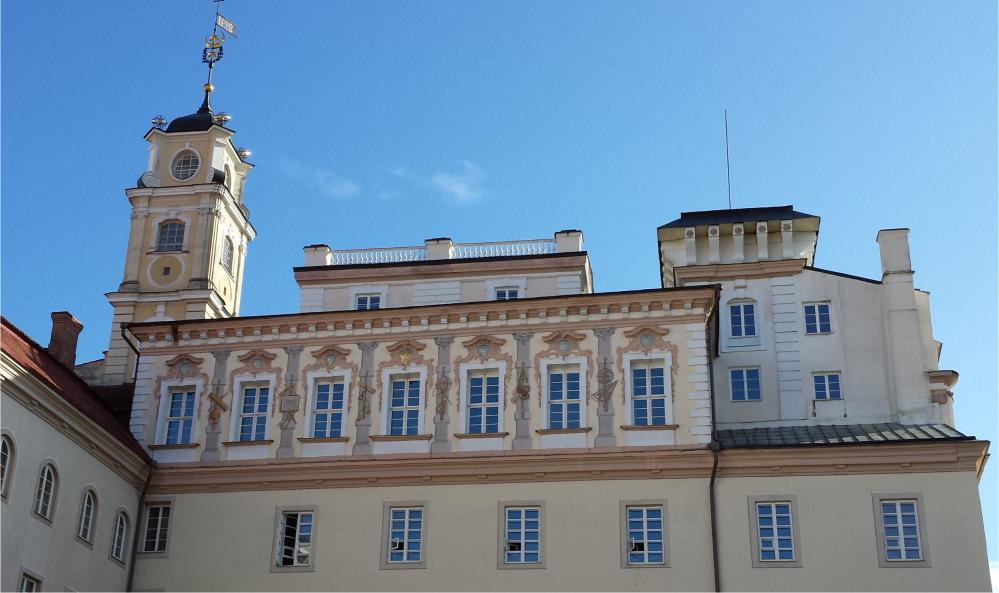 The University of Vilnius, one of the oldest and most famous establishments of higher education in Eastern and Central Europe was founded in 1570 as Jesuit college and became a university, called Academia et Universitas Vilnensis S.I., in 1579 due to the decree of István Báthory (1533--1586), King of Poland and grand prince of Lithuania. The university belonged until 1773 to the Jesuit order.

In 1752 an experienced architect, mathematician and astronomer Thomas Žebrowski (1714--1758), who had studied in in Prague with Joseph Stepling (1716-1778) as supervisor, designed a plan of an astronomical observatory. The observatory is erected on the top of the three-storey university building -- supported by the benefactress Duchess Elzbieta Oginskaite-Puziniene (†1767). The building was started in 1753 with the tower and the upper floor.

An enlargement of the observatory with the nice facade was added in 1782/88 by the famous architect Martin Knackfuss (1740--1821), professor for architecture, when the Marcin Odlianicki Poczobut (1728--1810) was rector of Vilnius University from 1780 to 1799. This  extension to the south was necessary for the large meridian mural quadrant (diameter of 8 foot). The classical structure had two towers for observations and a firm sandstone wall in the plane of the meridian. 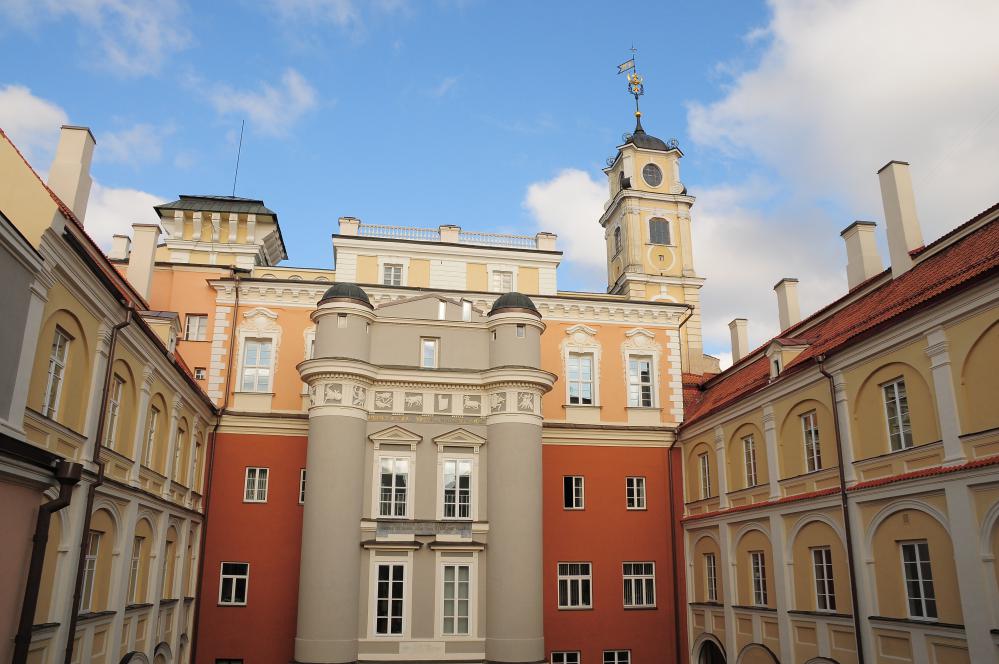 Vilnius Observatory is a beautiful building - in late Baroque style and Neoclassicism - with two three-storey round towers like doric columns with small rotating domes, and nice decorations with the zodiac signs. The building is in perfect condition still nowadays. Vilnius Observatory and in addition Cracow and Warsaw are the oldest three Polish observatories.

In 1876, there was a great fire and caused a lot of damage in the observatory; then, in December 1882, it was closed by the Tsarist regime. Many instruments were taken away to various museums and observatories of the Russian empire, especially to Pulkovo Observatory. Vilnius Observatory was in active international scientific contact with Paris, London, St. Petersburg, and with German astronomers.

Donations for instruments came from friends of science, bishops, and landowners. The instrumental equipment was initially very modest, there was a 4-foot reflecting telescope. Zebrowski determined the latitude of Vilnius, calculated solar and lunar eclipses and the passage of Mercury. 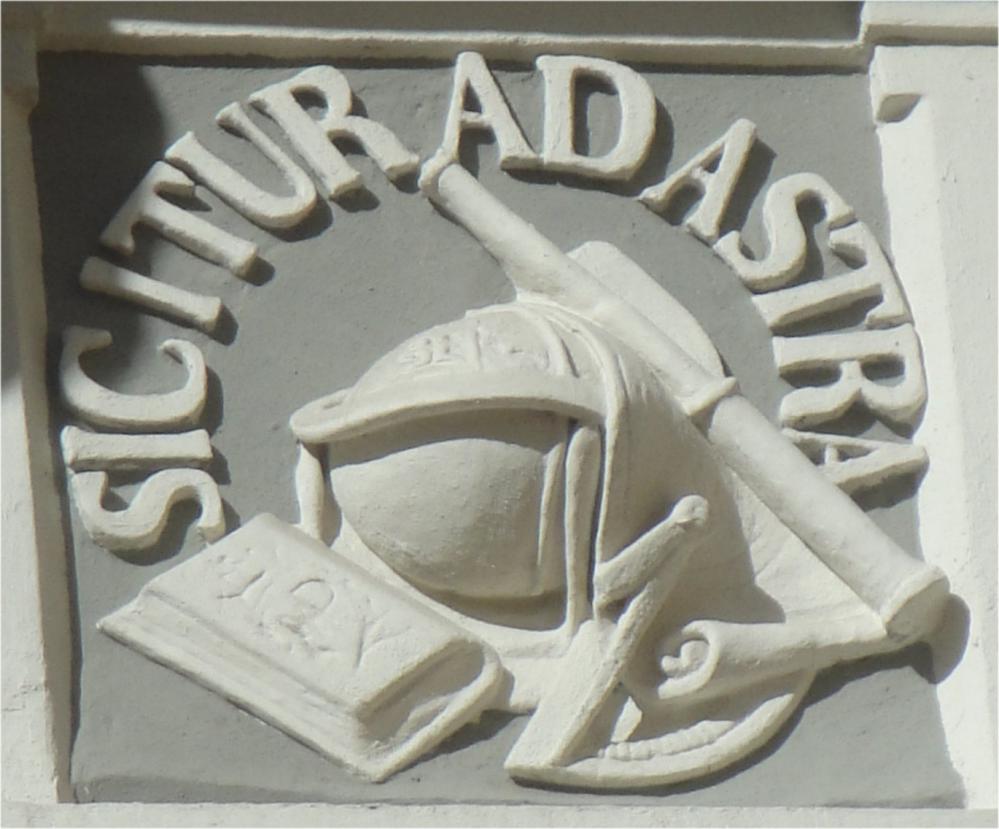 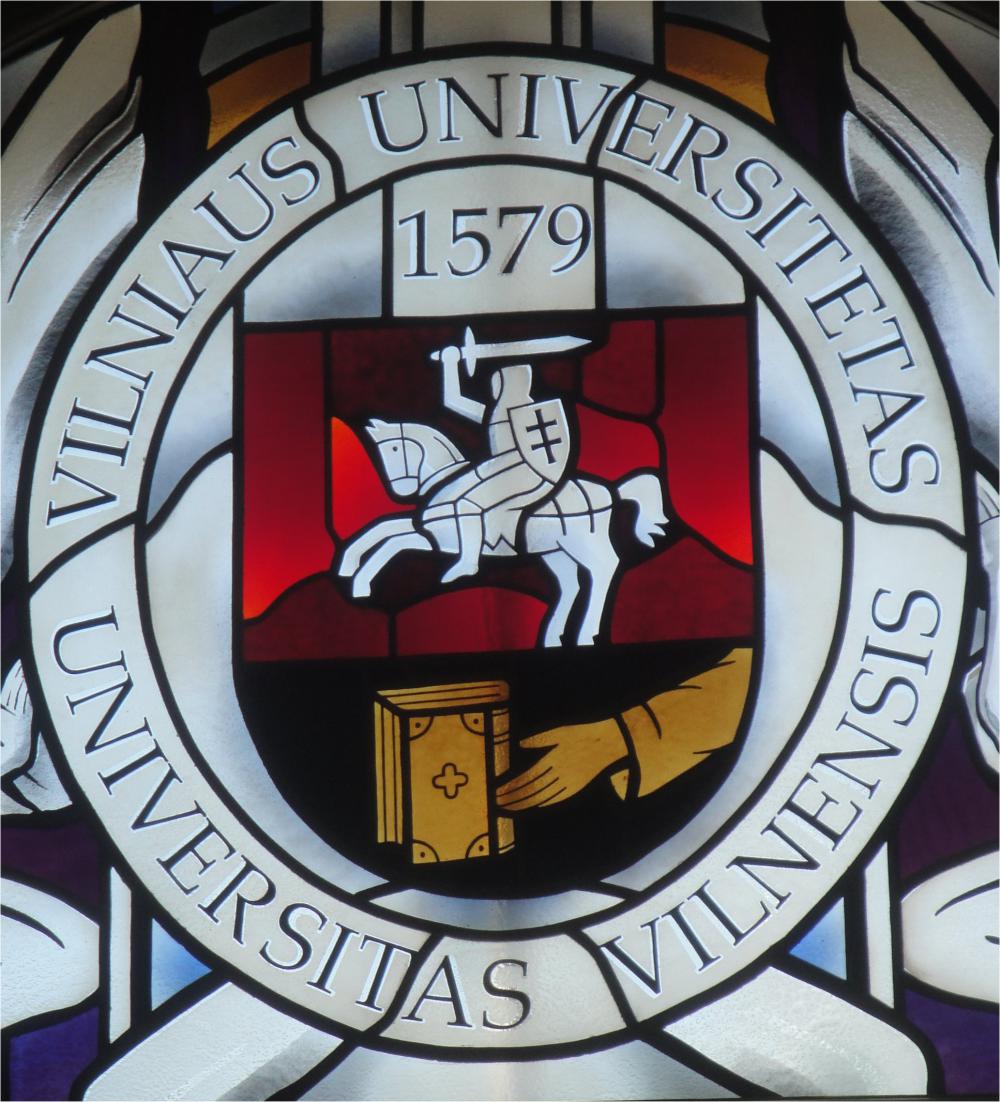 Fig. 3a and 3b. Vilnius Observatory, motto Sic itur ad astra and coat of arms

The front wall of the observatory was decorated with the signs of Zodiac and Latin quotations (Sic itur ad astra). Vilnius kept up close contacts with many well-known observatories such as Berlin, Greenwich, Königsberg, Paris, Pulkovo and others. In 1921 it was decided to build a new observatory in the outskirts of the city. The old building is in use by the university.

Directors in the heyday of the observatory 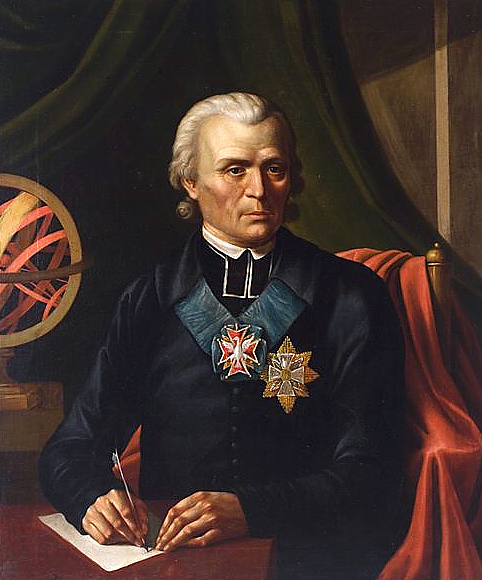 Directors - Lithuania in the Russian Empire

The Third Partition of Poland (1795) was a major turning point; now Lithuania came to Russian Empire which effectively ended Polish-Lithuanian national sovereignty until 1918.

Vilnius Observatory was among the first observatories in Europe and the first in the Polish-Lithuanian Commonwealth.

It is an outstanding spectacular  building - very different from all the other observatories.

It is the main building of the university and library.
Inside in the large hall one can see - like in a museum - the historical instruments of the Baroque observatory.

Astronomical relevance today
Due to light pollution in Vilnius, the observatory had to be moved out of the city center to the new site of the University observatory near Vingis Park, M.K. Ciurlionis street, built in 1921. The research topics were mainly photometric and spectroscopic investigations of variable stars and stellar statistics. 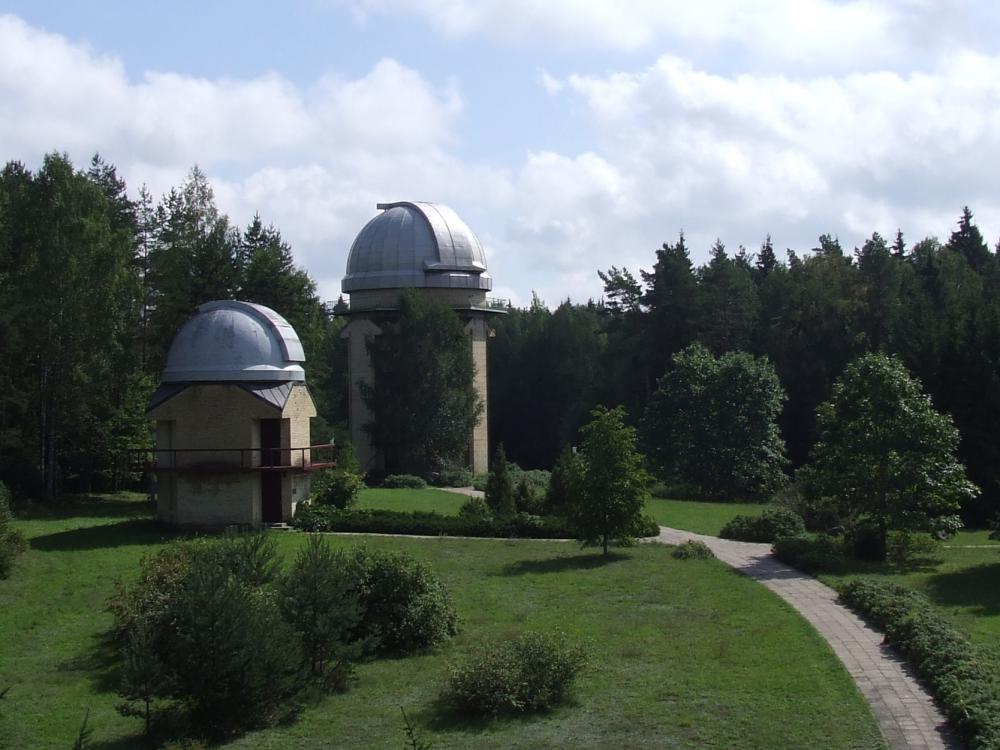