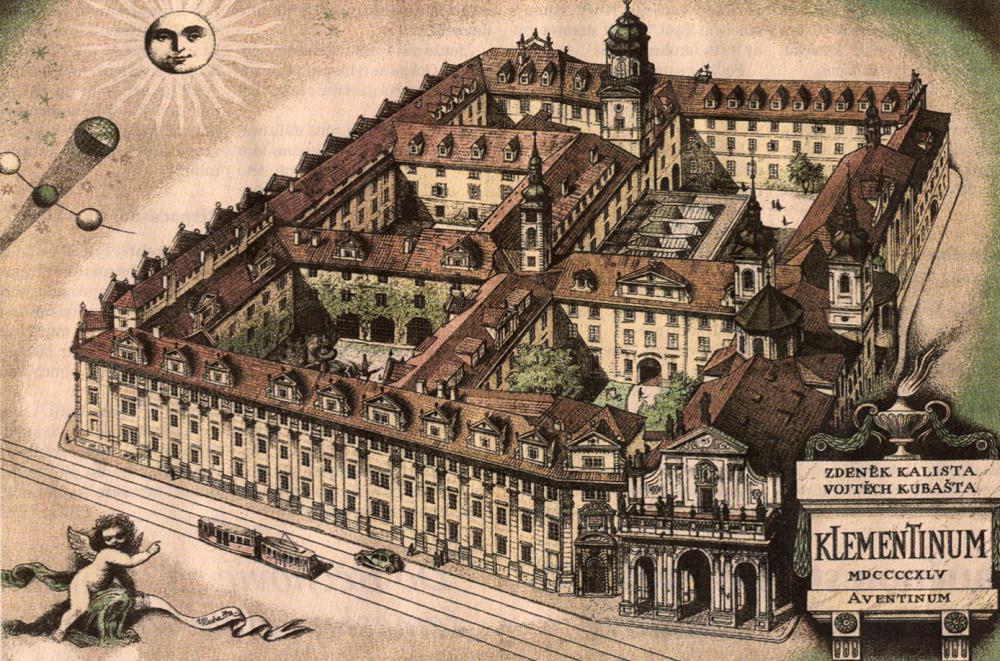 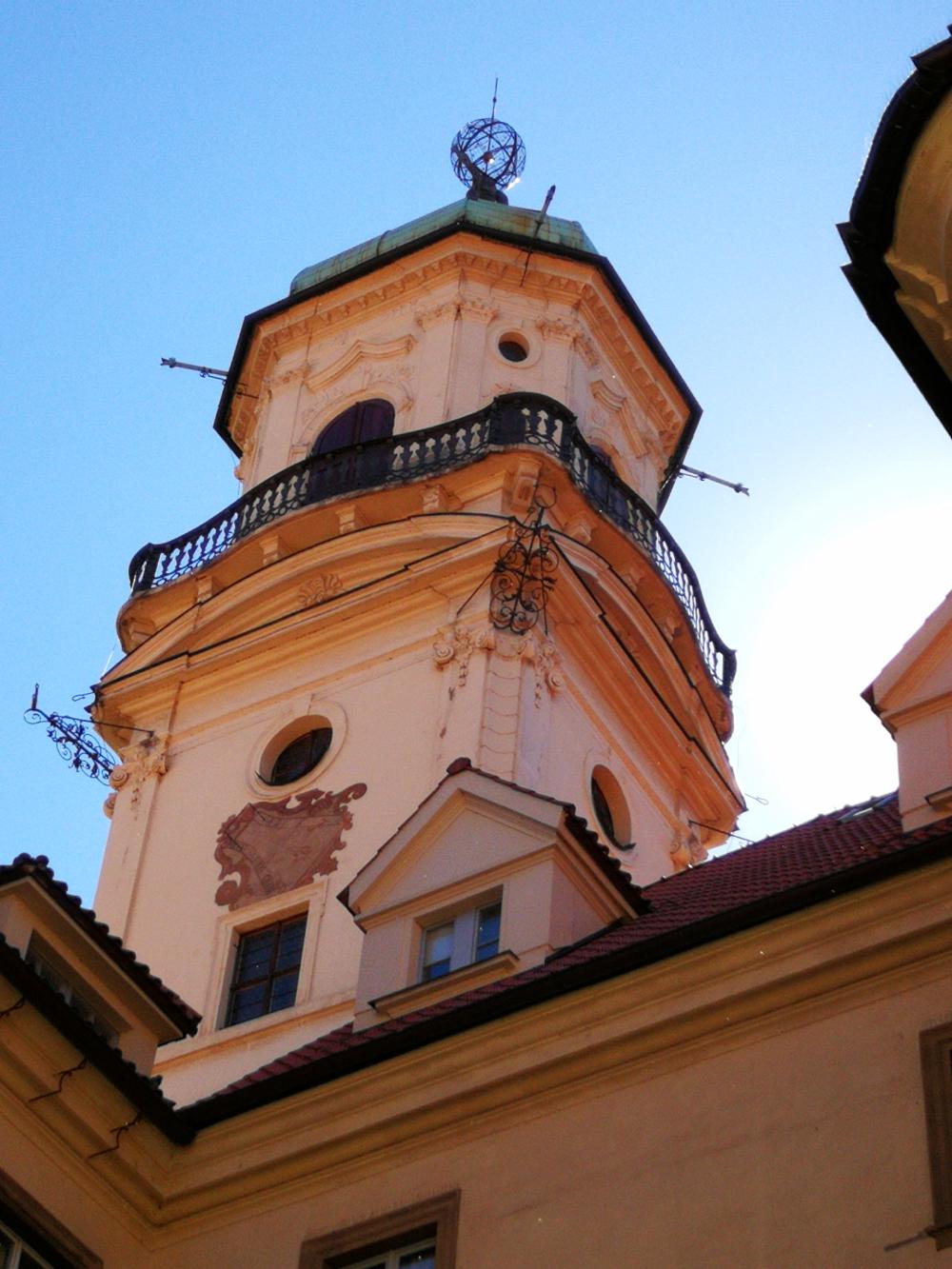 The extensive area of the Clementinum, one of the largest building complexes in Europe, was built from the middle of the 16th to the middle of the 18th century, originally as a Jesuit college. The most beautiful hall in the complex is the baroque library with beautiful frescoes -- with the topic science and art -- and historically valuable globes. 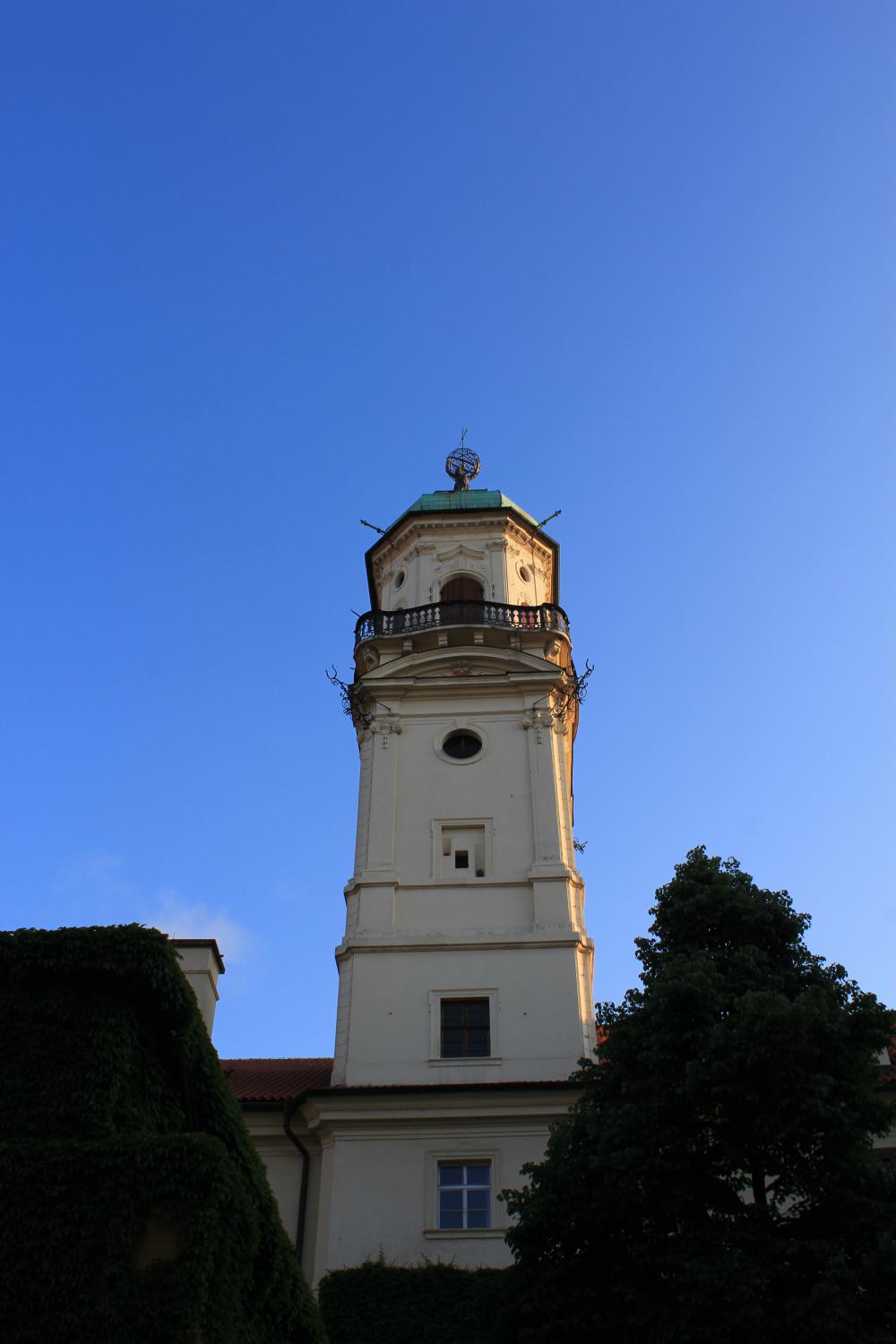 The observatory is in the 68-meter-high tower; you have to climb up 172 stairs of the steep and winding staircase to reach the circuit  at a height of 52m. At the cupola of the Astronomical Tower is a large lead statue of Atlas holding an armillary sphere with the golden globe. The tower was built thanks to the university rector František Retz (1673--1750), a Bohemian Jesuit, in 1722.
Jesuit astronomers were able to determine the Prague meridian.
15 sundials can be found in Clementinum. 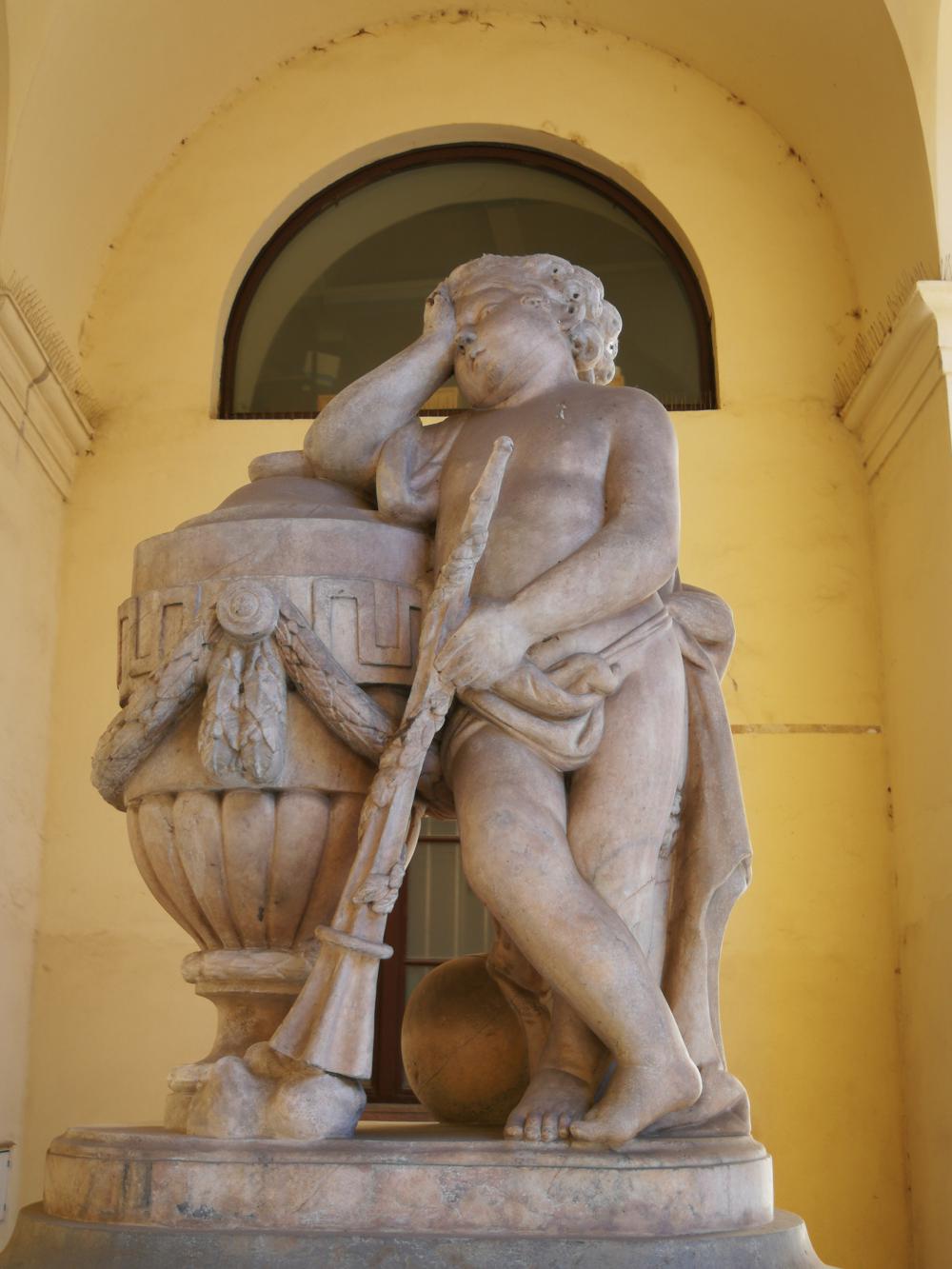 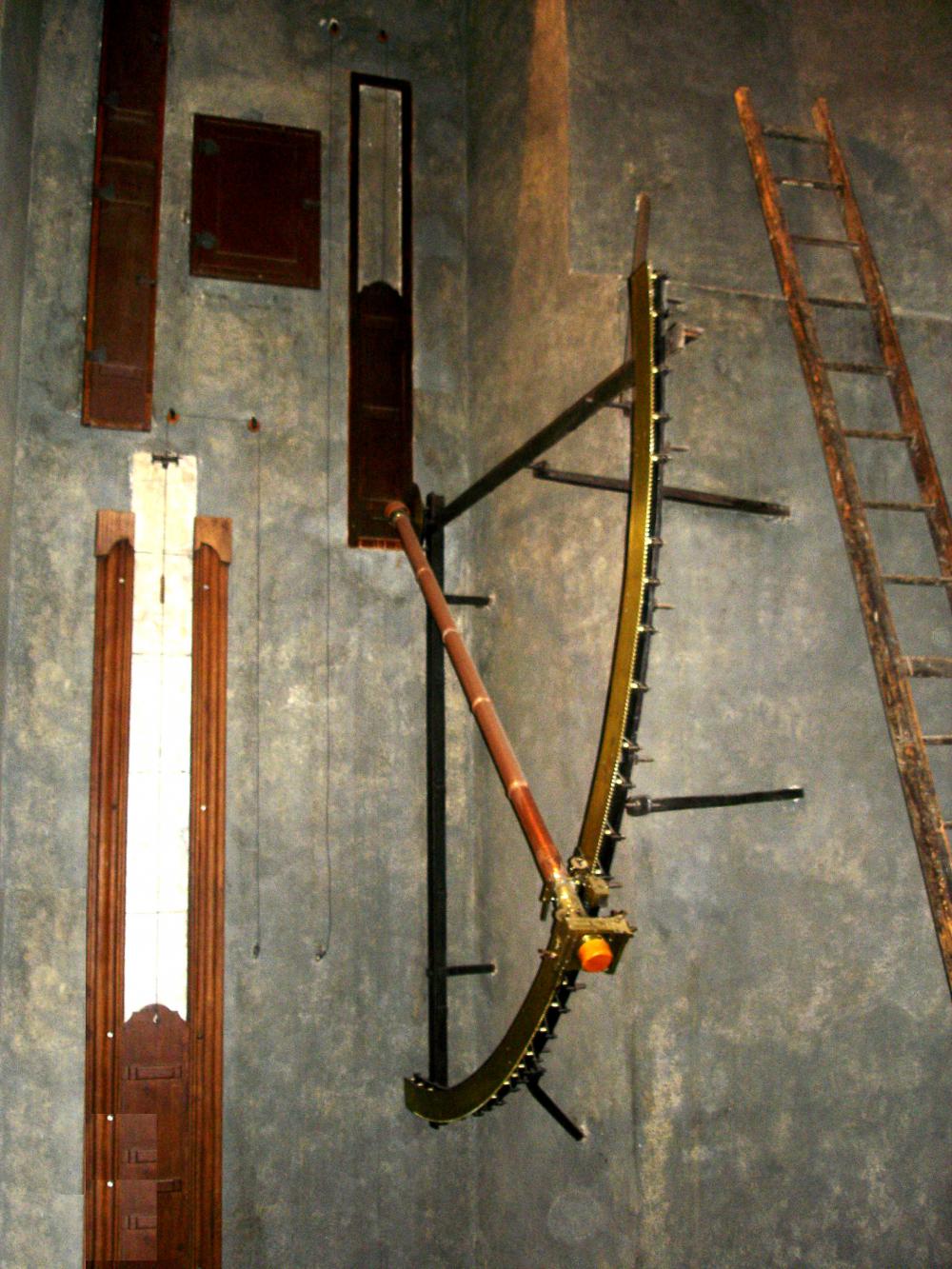 Joseph Stepling (1716--1778) was professor of mathematics and physics from 1743 to 1748, when he gave up his professorship because he refused to teach Aristotlian theories. Then in 1753, the study guidelines were changed, and Stepling could offer the theories of Isaac Newton, Christian Wolff, and Leonhard Euler.
Stepling started with surveying in Prague. At his request, an observatory was set up in the Clementinum in 1751, and he became director.
He acquired the best instruments available in his time, some made by Jan Klein. In 1752, Stepling introduced regular meteorological observations in the Clementinum (air pressure, temperature and amount of precipitation), the oldest weather recording in the area of the Czech lands, and in 1775, he started  geophysical measurements. He founded in 1770 the Gelehrte Gesellschaft in Prag -- similar to the rules of the Royal Society of London with monthly meetings. A number of students became later famous.

The Meridian Hall is located on the 2nd floor of the tower. This unique space was previously used for timekeeping, to determine the time of noon. The original astronomical instruments are exhibited at the walls of the Meridian Hall. Later, from 1842 to the 1928, the astronomers informed Prague people about high noon by waving a flag from the tower. A cannon shot was added later. After 1928, the flag was replaced by a radio signal.

Anton(ín) Strnad(t) (1746--1799), Bohemian mathematician, astronomer and meteorologist and director of the observatory, started various meteorological and climate measurements in 1775. Since then the measurements are taken regularly, which makes it the longest uninterrupted observation of the climate in the world.
In the 1780s, Strnad made great contributions to the maintenance and repair of the Astronomical Clock (Strnadt 1791) at the Old Town Hall, which was in extremely bad condition at that time.
Strnad was involved in the establishment of the Royal Bohemian Society of Sciences, which he chaired in the years 1787--1788.
He was a member of the Mannheim International Meteorological Society (see Wolfschmidt 2020), which carried out weather observations worldwide and published the corresponding
results. 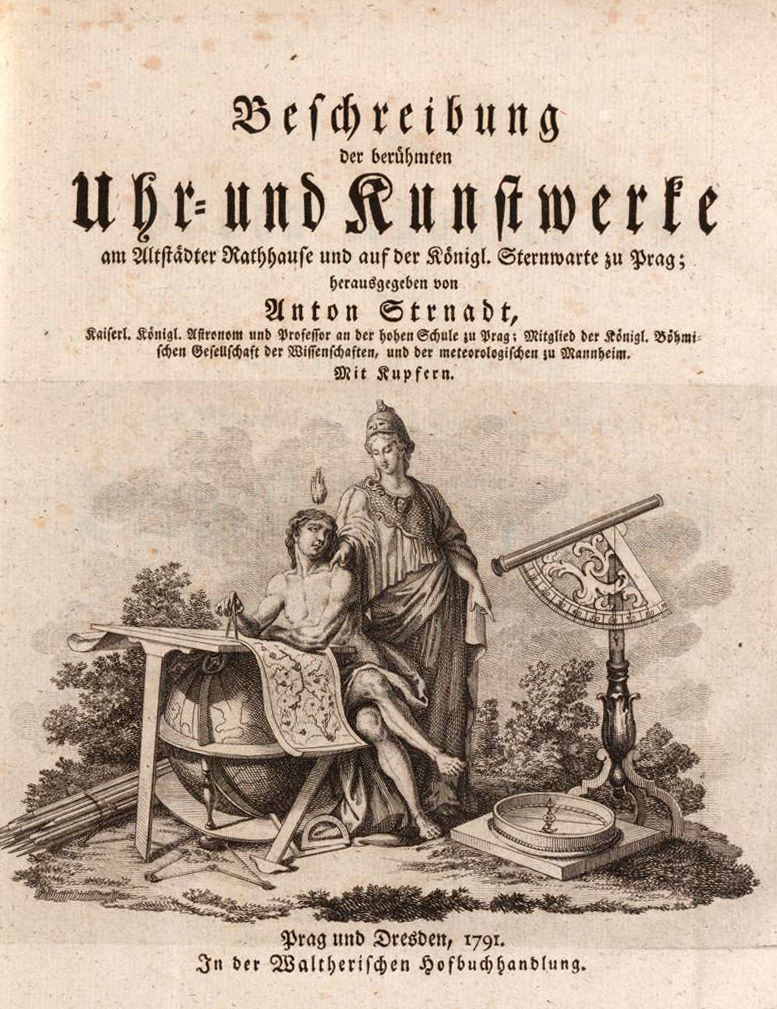 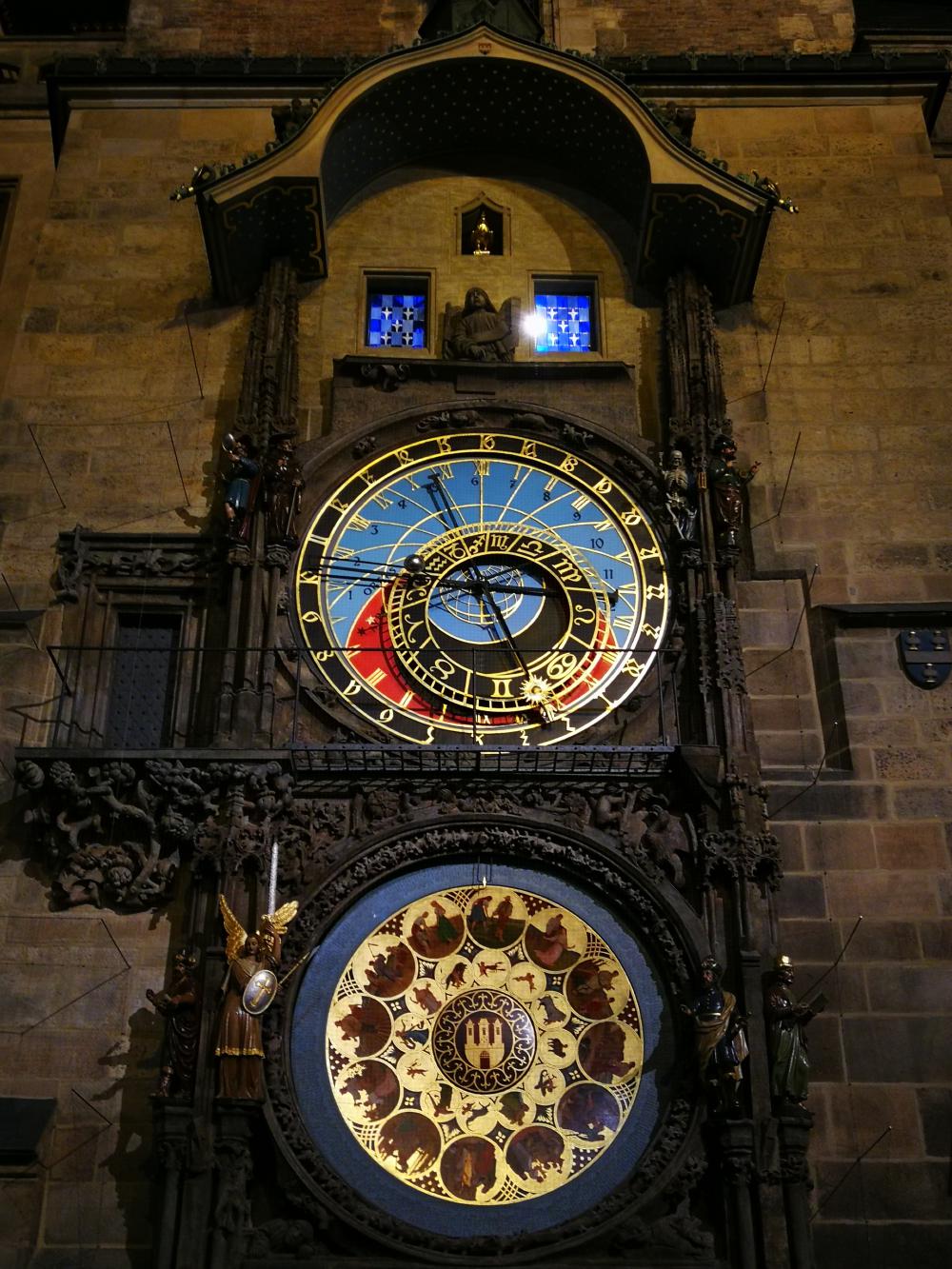 The Astronomical Tower served for astronomical observations until the 1930s, then astronomers moved to the new observatory in Ondřejov Observatory.

First the Astronomical Tower was used only as a view tower, since the mid-18th century the tower was equipped with astronomical instruments, designed by drawings of Jan (Johannes) Klein (1684--1762), professor of mechanics, astronomer and instrument / clock maker. Jesuits scholars and their students used the tower for astronomical and meteorological observations. 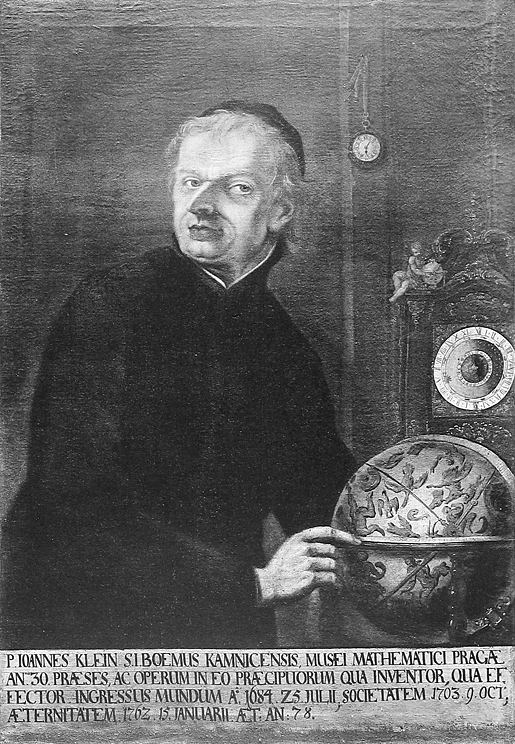 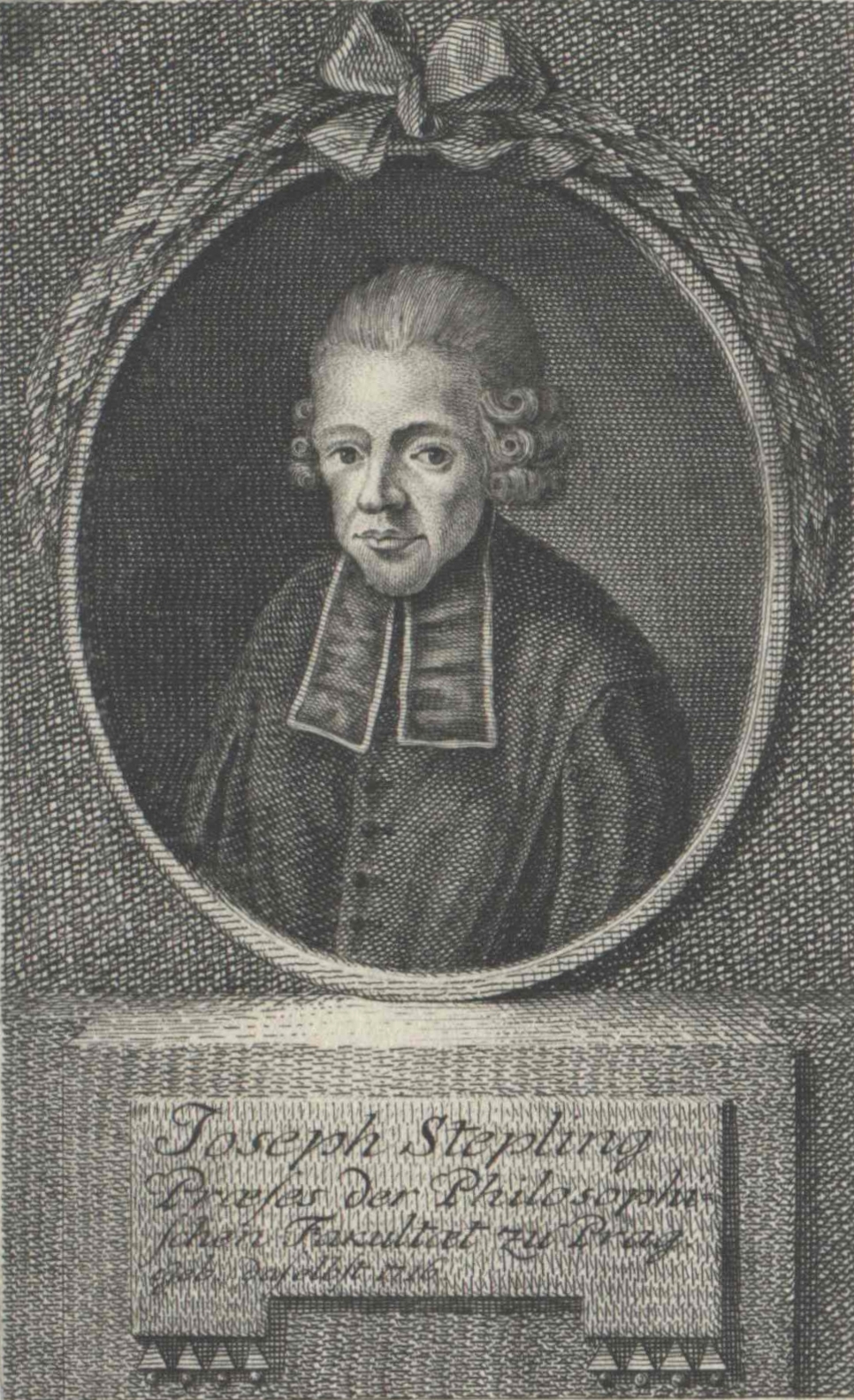 The Jesuit order came to Prague in 1556 at the invitation of Emperor Ferdinand. The Jesuits received a former Dominican monastery from the emperor, in which they were supposed to set up a university to compete with the utraquist Charles University. The Clementinum received university rights as early as 1562. In addition to classrooms and bedrooms for the community, the Jesuits also built a library, a print room, a pharmacy, theater and of course churches. In 1622, the Jesuits transferred the library of Charles University to the Clementinum. 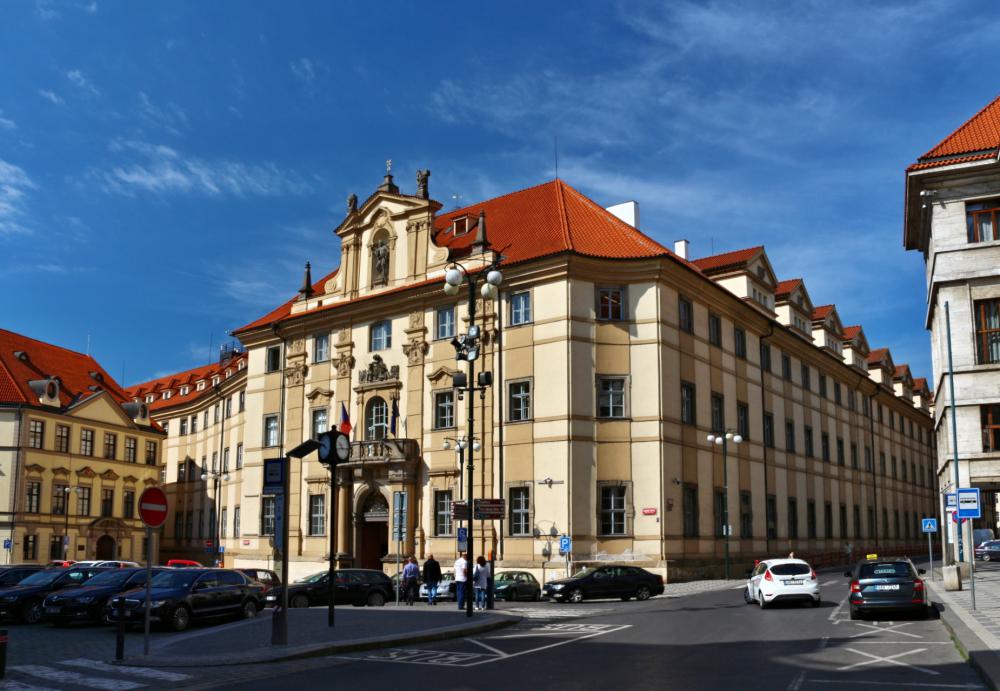 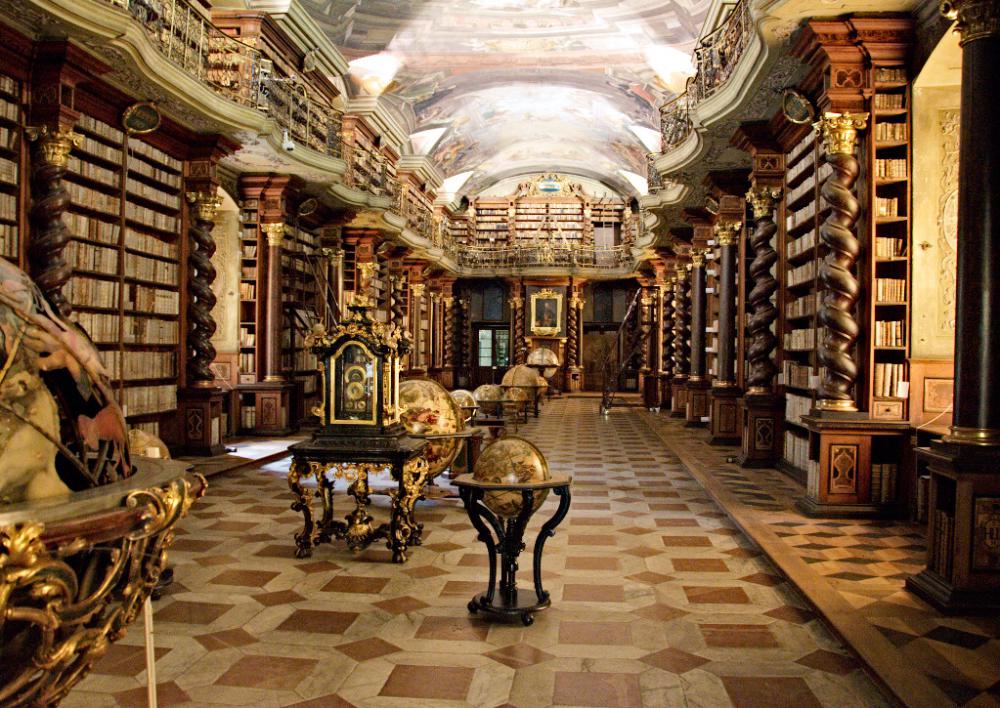 The Clementinum was merged with the Charles University in 1654, along with its library collection (material pertaining to Tycho Brahe). The newly established Charles-Ferdinand University (Universitas Carolo-Ferdinandea) in Clementinum housed philosophical and theological faculties. The Jesuits had to leave Clementinum after the Jesuit order was disestablished in 1773, but the university remained.

After the division of the university into Czech and German parts in 1882, only the Czech part stayed. In 1930, the philosophical faculty moved into a new building, and the Clementinum became the seat of the National Library. Very remarkable is the Baroque Library Hall with the valuable collections and Baroque frescoes. 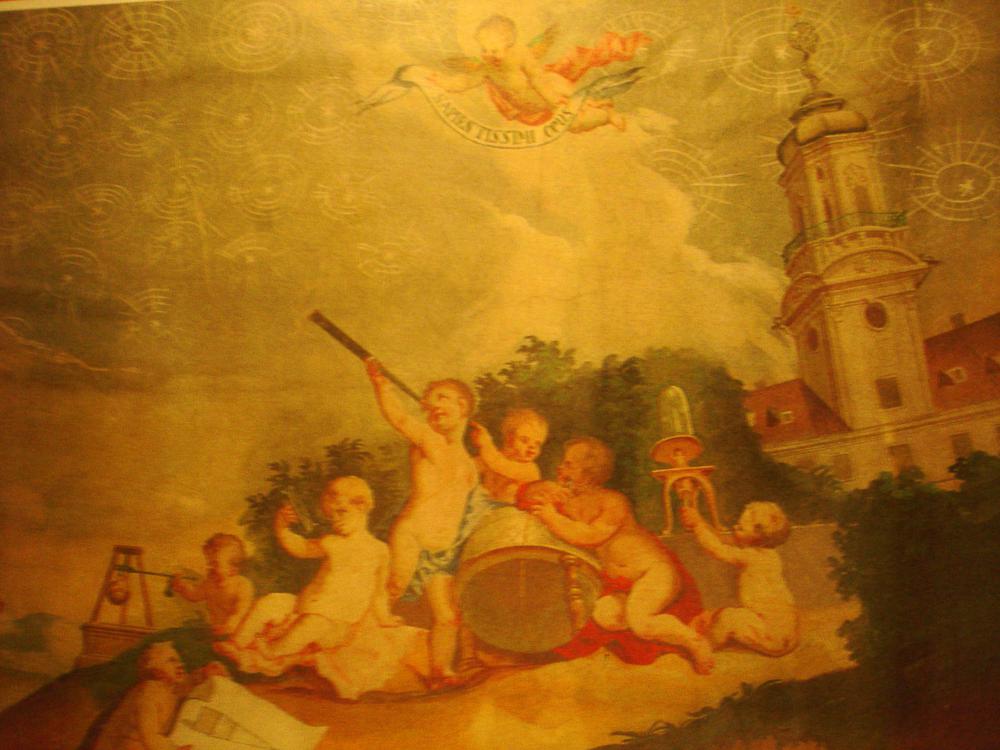 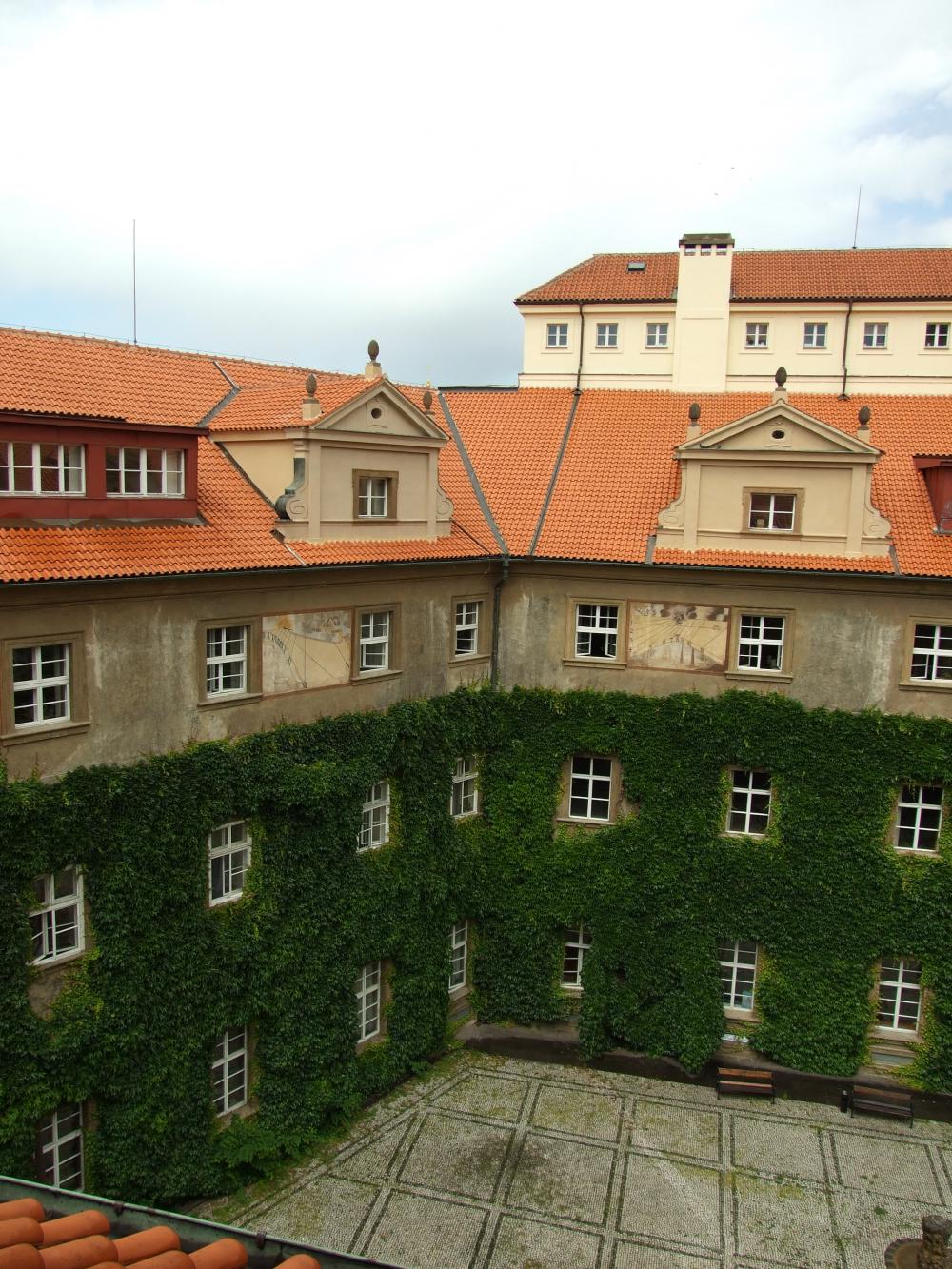 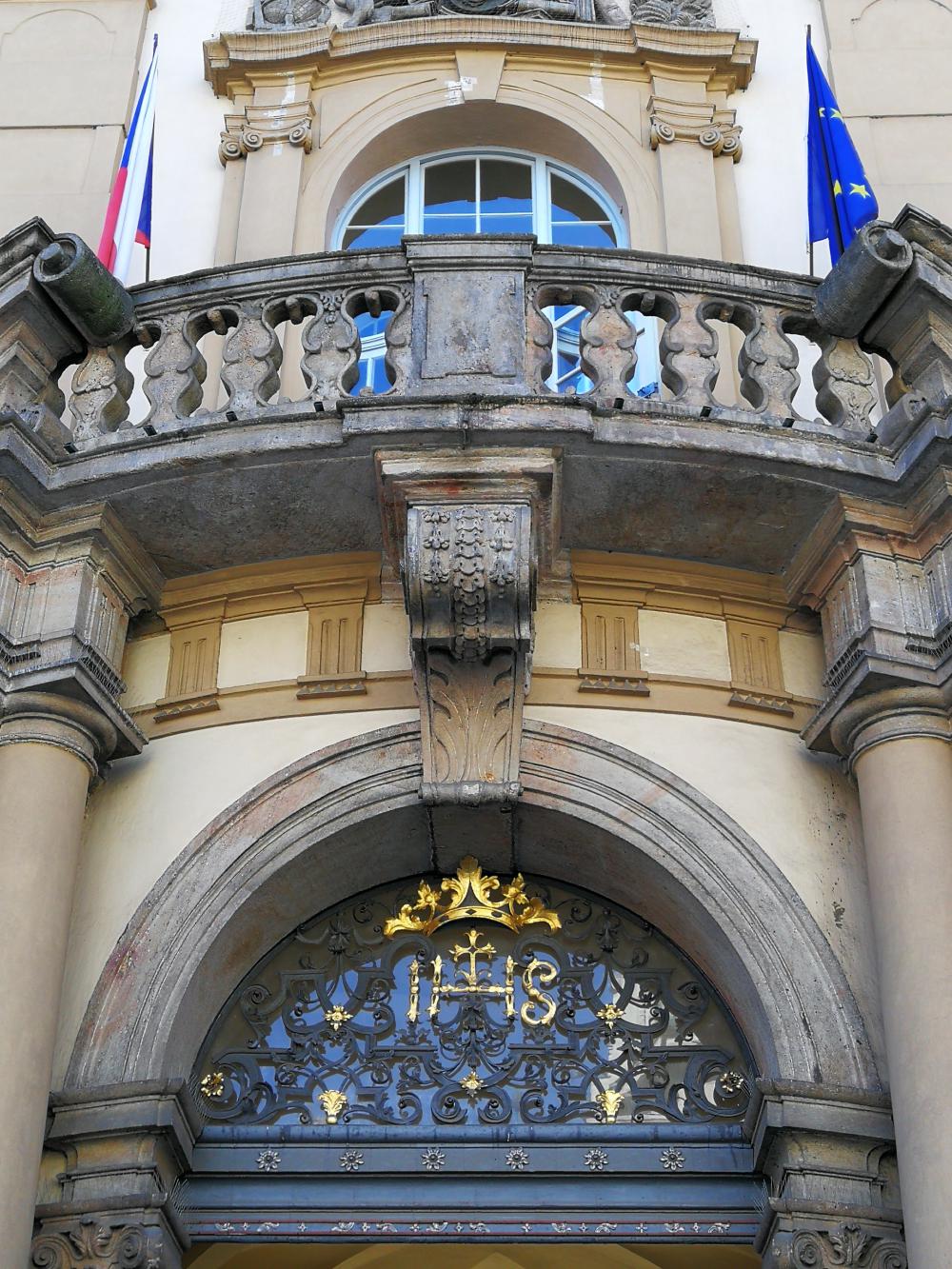 The building complex, covering 20,000 square metres -- the second largest complex of buildings after the Prague Castle, has been listed as the National Cultural Monument of the Czech Republic since November 15, 1995 (ÚSKP 175, Monument catalogue, Novomestská jezuitská kolej s kostelem sv. Ignáce, pamatkovykatalog.cz). In 2005, the Czech National Library received the UNESCO Memory of the World prize.
Many nice sundials are preserved in the Clementinum. 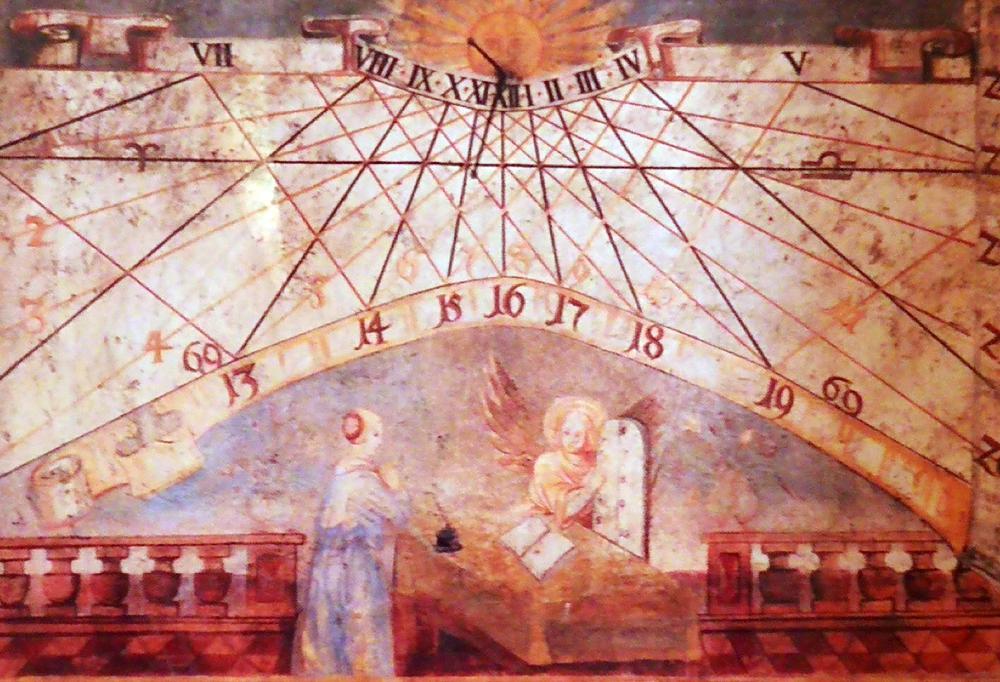 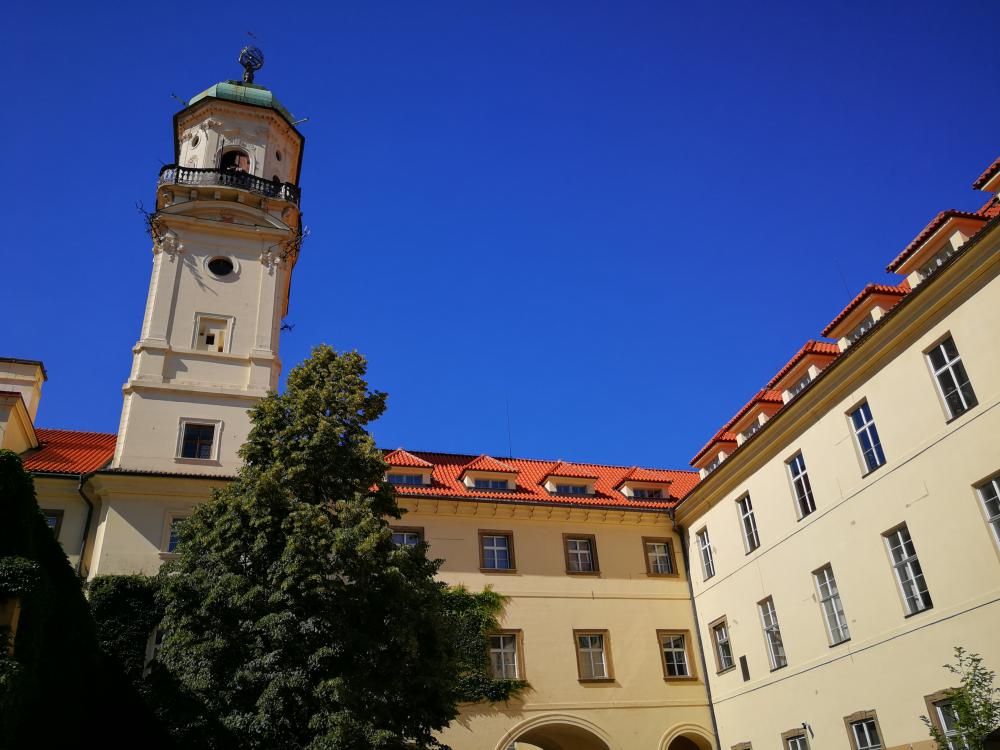 The Clementinum was the third largest Jesuit college in the world.

Today -- already since 1781 (the time of Maria Theresia) -- the Clementinum is the seat of the Národní Knihovna Ceské Republiky, the National Library of the Czech Republic. 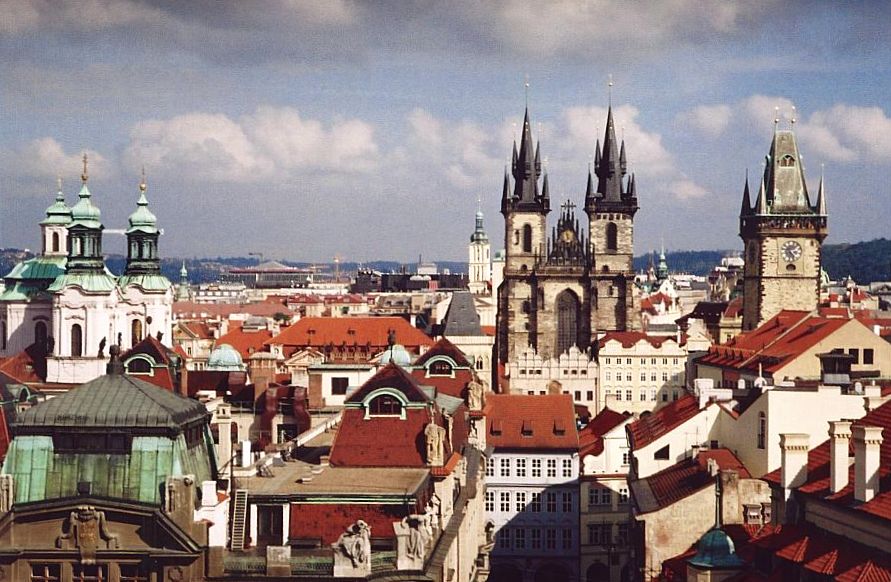 The Astronomical Tower was restored several years ago and opened to the public. Besides the original astronomical instrumentation, visitors can admire the splendid view of the city of Prague.
Already in 1751, when Joseph Stepling (1716--1778) was director, a mathematical-astronomical museum was opened.

After Czechoslovakia gained its independence from the Austro-Hungarian Empire, the institute was renamed the State Astronomical Observatory. In 1940, it was moved to an apartment building in Prague-Vinohrady (Budečská Street). In 1953, it was merged with the Ondřejov Observatory in order to create the Astronomical Institute of the Czech Academy of Sciences.

In the building complex of Clementinum, you find since 1953 the Astronomical Institute of the Academy of Sciences of the Czech Republic. 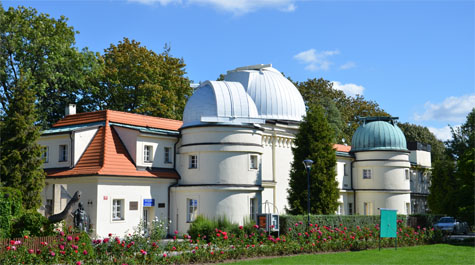 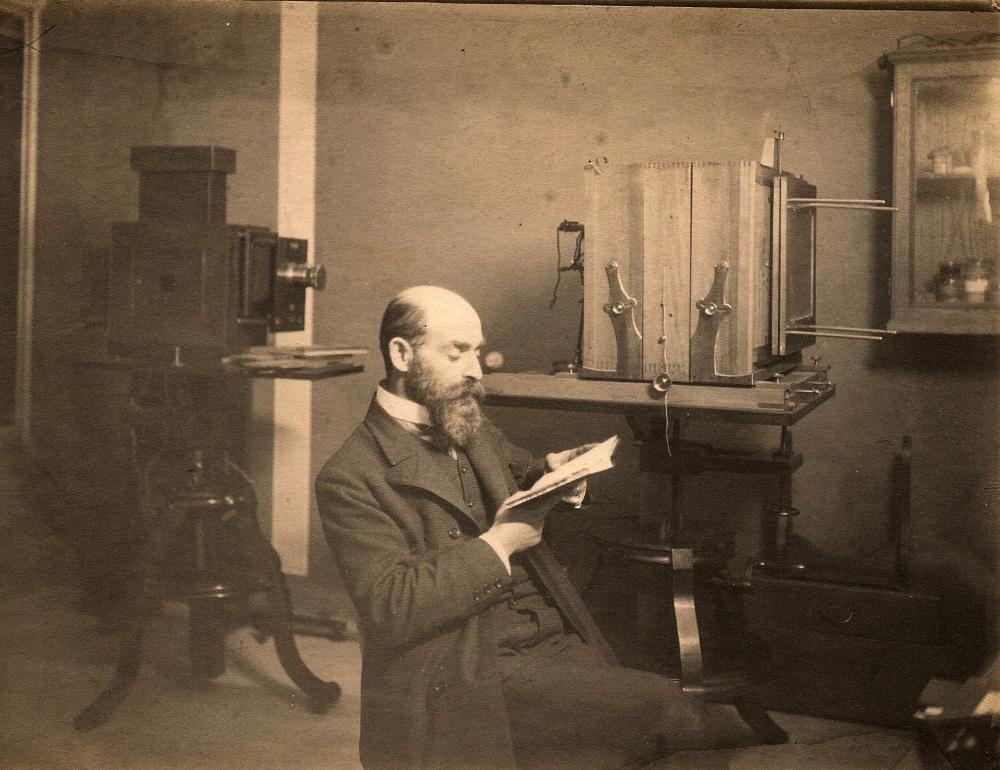 This Štefánik Observatory is since 1979 a part of the (Public) Observatory and Planetarium of Prague ("Planetum").