[not to be mistaken for IAU 155 Ole Rømer Observatory, Aarhus, Midtjylland, Denmark]

Fig. 1. The first Meridian Circle, called the Rota Meridiana, constructed by Rømer in 1704 at his Countryside Observatory Tusculum in Taastrup near Copenhagen (Horrebow, Peder: Basis Astronomiæ 1735)

Ole Christensen Rømer (1644--1710) is known for his spectacular discovery, that the speed of light is finite, which he measured with astonishing precision -- by observing the Jupiter moons.
Already Galilei had proposed a method, based on the times of the eclipses of the four moons of Jupiter, using the Jovian system as a cosmic clock in order to solve the  longitude problem.

But Rømer is also a talented instrument maker -- the highlight is the invention of the meridian circle, called the Rota Meridiana, in 1704 at this site Tusculum. By observing the angle of a celestial body above the horizon, one gets its altitude; the altitude is largest when the celestial body crosses the meridian line - and this is connected to the time.

He was also a very careful observer, who discussed instrumental errors long before this was normal like in the 19th century. Especially, Rømer derived a measurement error formula for his meridian instrument in his Adversaria (1705). Today this measurement error formula is attributed to Tobias Mayer (1723--1762), who found it 51 years later, i.e. in 1756, without knowing Rømer’s derivation.

Rømer is best known is his proof (1676) based on the observation of the Jupiter moons that the speed of light is finite -- and not infinitely large. As a professor of mathematics in Copenhagen from 1681 he unified weights and measures. 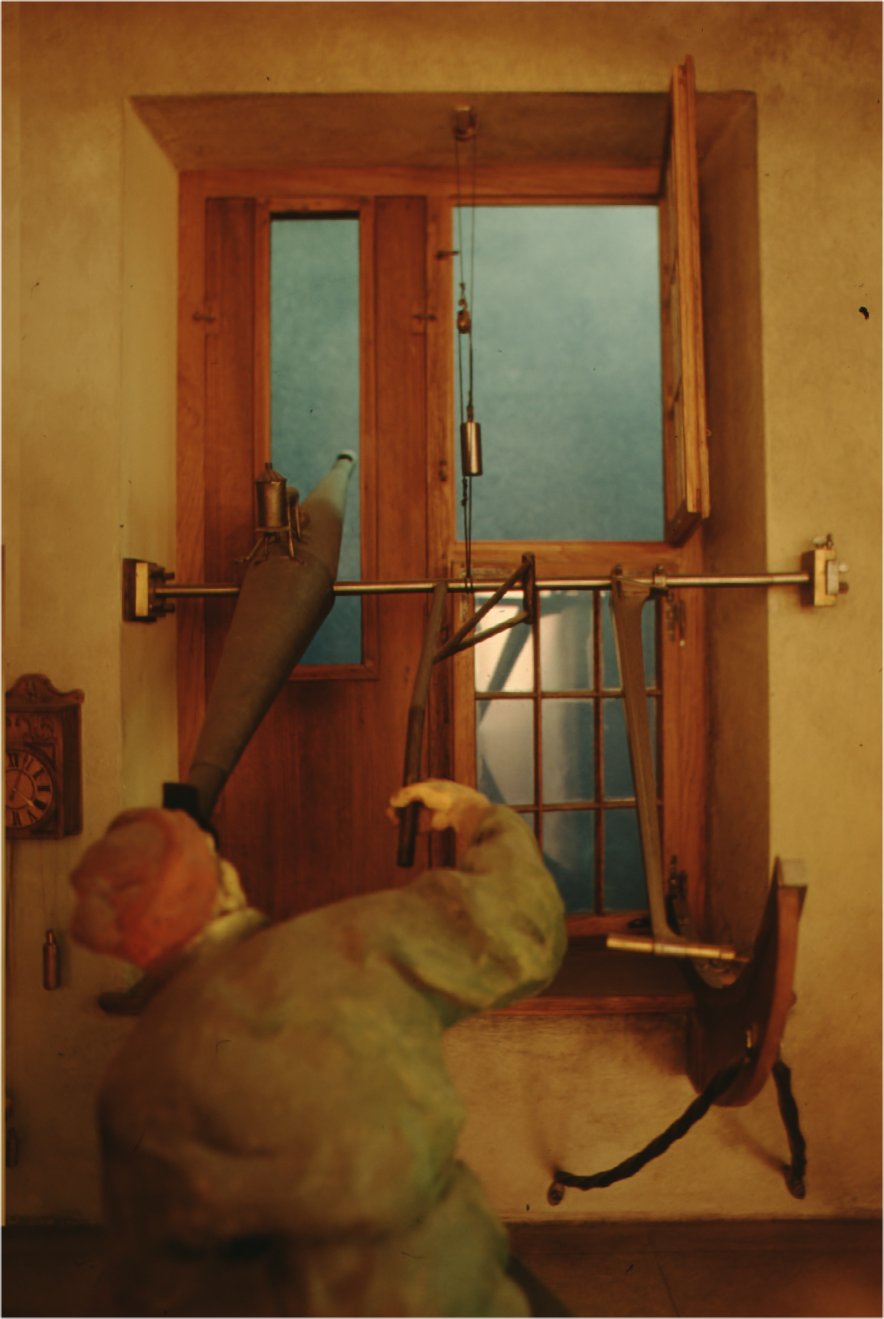 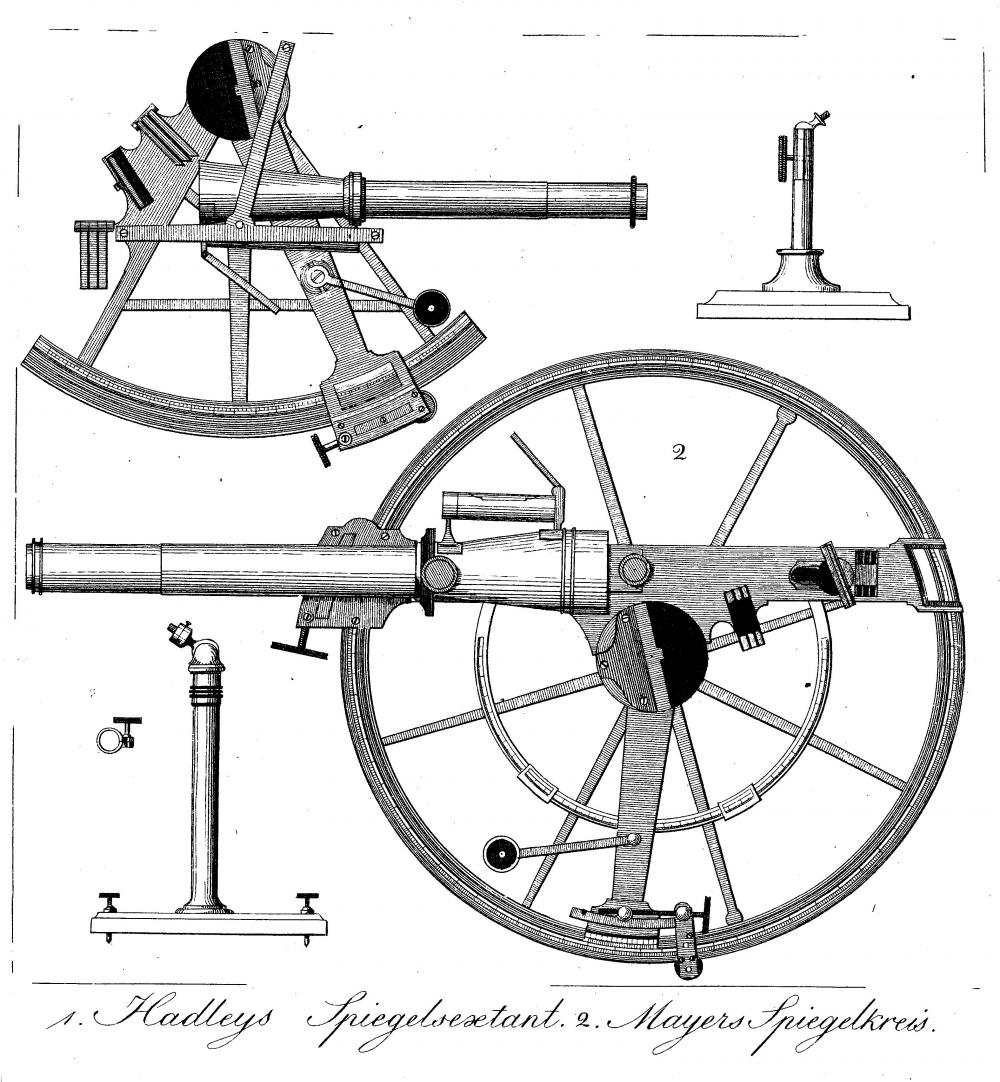 The next step in the development was the repeating circle, invented by Tobias Mayer (1723--1762) -- starting his work in 1750, inspired by the transit instrument (1690) and the alt-azimuth (1704) of Ole Rømer. Mayer published his invention as Nova methodus perficiendi instrumenta geometrica et novum
instrumentum goniometricum
in "Commentaria Societatis Goettingensis" II (Göttingen 1752); later published by Benzenberg (1812). Mayer’s repetition circle could be used for surveying, but especially for the longitude problem for navigation. Inspired by Tobias Mayer the instrument makers Borda (1775) and Lenoir (1805) developed repeating circles.

200 years after Rømer -- Johann Georg Repsold (1770--1830)  opened a workshop in Hamburg in 1799, and developed the first modern meridian circle (1802). A little bit later, Stephen Groombridge (1755--1832) constructed his transit circle (1806). Thus in the 19th century, the meridian circle and the transit instrument became standard eqipment of observatories. 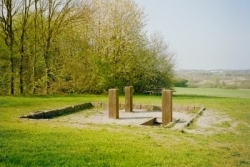 Rømer used his Countryside Observatory Tusculum (in Taastrup) from 1704 until 1716. Some instruments were moved to Rundetårn in Copenhagen, others can be seen in the Kroppedal Museum near Copenhagen (opened in 1979). There an exhibition with collections on Ole Rømer is shown. Rømer wanted to measure the parallax precisely in order to prove Copernicus’ (1473--1543) heliocentric world view.

There is not much left from the observatory, but the pillars of the meridian circle.

Cf. like the meridian pillars of the Seeberg Observatory in Gotha.

no astronomical relevance, but for history of astronomy an important step in the development of the meridian circle.