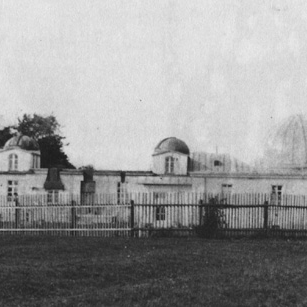 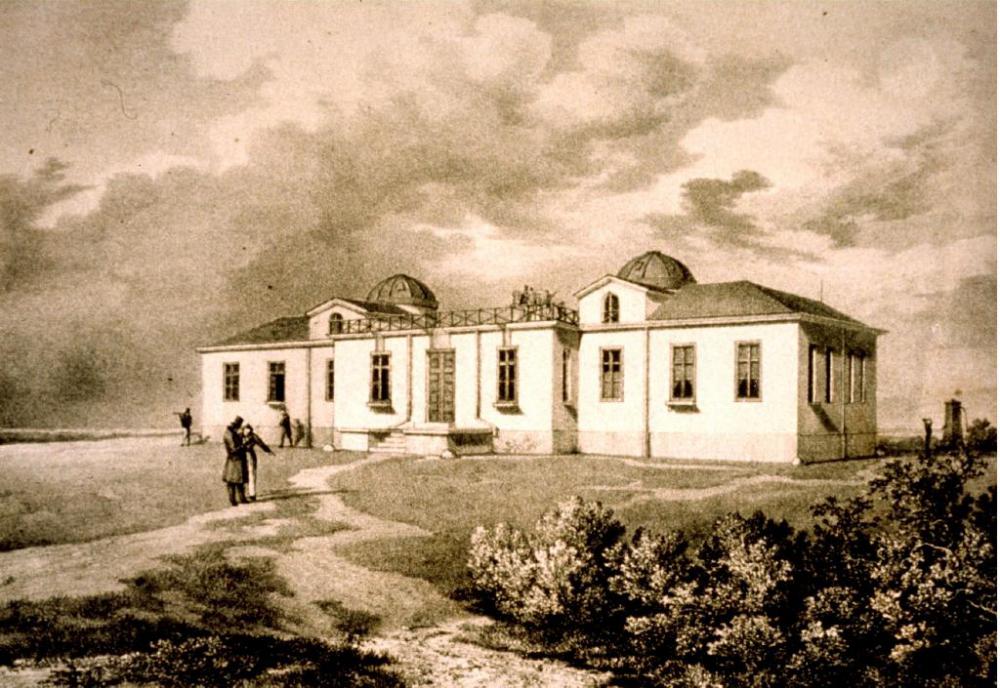 The ex-benedictine and astronomer Ulrich Schiegg (1752--1810) was appointed court astronomer to Munich, who then set up a small observatory in January 1803 in the north-west tower of the former Jesuit college in Neuhauser Straße -- the Bavarian Academy of Sciences had been housed here since 1783. The main task was surveying, but the cooperation between Schiegg and the French geodesists was problematic. Schiegg was dismissed at the instigation of the French in 1805.

The astronomer Karl Felix von Seyffer (1762--1822) was appointed, who had excellent connections to the French army command. In 1816, King Max I. Joseph (Elector Max IV. Joseph 1756-1825, ruled 1799 and 1806-1825) officially commissioned the construction of an observatory as requested by the Bavarian Academy of Sciences. In 1816/17, a representative observatory building was erected - east of the village of Bogenhausen. This observatory was administrated by the newly established General Conservatory of the State’s Scientific Collections in 1827. After Bavaria was elevated to a kingdom (1806), there was rapid progress. In 1807, several astronomical instruments were ordered from the up-and-coming precision mechanical-optical workshop of Utzschneider, Reichenbach & Liebherr in Munich. Due to inactivity, Seyffer was dismissed in 1815.

On April 1, 1816, the astronomer Johann Georg von Soldner (1776--1833) was appointed Seyffer’s successor. Under the direction of the royal court building inspector Franz Thurn (1763-1844), the horseshoe-shaped building -- the Royal Observatory in Bogenhausen, 6 km from Munich center, -- was built in 1817, the instruments arrived in 1819.

The meridian hall in the center housed three transit instruments, including a meridian circle made by the Mathematical-Mechanical Institute of Reichenbach & Ertel. When it was delivered in 1819, it was one of the best meridian circles in the world, as the scales on the circles were divided with Reichenbach’s famous dividing machine, which improved the declination determination of stars by a factor of 10.
In the eastern dome was an equatorial, in the western dome portable instruments werde used.
Soldner was mainly interested in classical astronomy, in the measurements of the positions of the Sun, Moon, planets and stars.

But then astrophysics started, when in 1820 Joseph von Fraunhofer (1787--1826) continued spectroscopic investigations of planets and bright stars with his new spectral apparatus, set up in the west tower of the observatory, for experiments on the nature of the light of fixed stars, which he had started some time ago in the Optical Institute in Benediktbeuern. In these spectra he had found dark lines similar to those he had already discovered in large numbers in the spectrum of the Sun, measured precisely and published in 1817. Soldner assisted him in his experiments in Bogenhausen, which, in addition to the micrometric determination of the position of the lines in the Sirius spectrum, also included investigations of different coloured stars. His main interest turned to the study of terrestrial magnetism; with this topic he became world famous.

The Scot Johann von Lamont (1805--1879), who succeeded Soldner in 1835 as director of the observatory, continued these spectroscopic investigations with his new "giant" telescope, produced since 1825 in the former Fraunhofer workshop, finished by Georg Merz (1793--1870) in 1835, and housed in a separate building on the observatory’s ground. In 1836, he placed a small prism behind the telescope’s eyepiece and was thus able to measure spectroscopically stars up to 40 times weaker stars than Fraunhofer was able to measure.

Lamont’s successor, Hugo von Seeliger (1849--1924), who headed the observatory from 1882 until his death, again put the focus of work on astronomy, especially on theoretical astronomy (e.g. stellar statistics, error analysis theory, celestial mechanics). In 1900, at the instigation of the Academy of Sciences, continueing the tradition of geophysical observations in Bogenhausen, a new geomagnetic observatory was built, and later an earthquake observatory was constructed. In 1922, these facilities were officially designated as the Geophysics Observatory (Erdphysikalische Warte) near the Astronomical Observatory (Sternwarte).

Karl Schwarzschild (1873--1916), who received his doctorate from Seeliger in 1898 and introduced modern theoretical astrophysics.

In 1938, the observatory was incorporated into the Faculty of Physics of the University of Munich -- it became a university observatory. In 1944 the observatory building suffered considerable damage in heavy air raids, the rebuilding took time until 1954. In addition around 1949, the Wendelstein Solar Observatory, built in 1941 for military reasons in the Bavarian Alps, was attached to the observatory.

Peter Wellmann (1913--1999) was director of the observatory from 1961 to 1982. In May 1964, the demolition of the almost 150-year-old observatory building, which no longer met these requirements in terms of its conception, began, and in June the construction of a new institute building on the historic site was tackled -- finished in 1966. The focus of scientific research was now on astrophysics, especially on the theory of stellar atmospheres, which incorporated radiation theory, hydrodynamics and atomic physics.

The original building of 1817 was replaced by a modern building in 1966. The refractor dome with the Fraunhofer-Merz instrument and the vertical circle, Repsold of Hamburg, can still be found there.

The original building of 1817 had two domes like Hamburg Millerntor and the old Brussels Observatory.

It is still used as university observatory of the Ludwig-Maximilians-University of Munich.