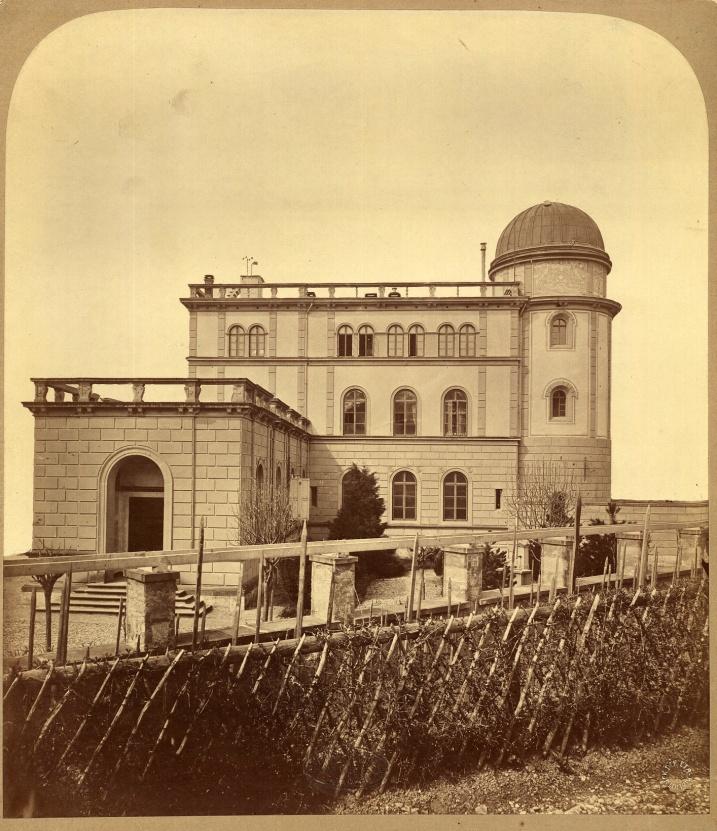 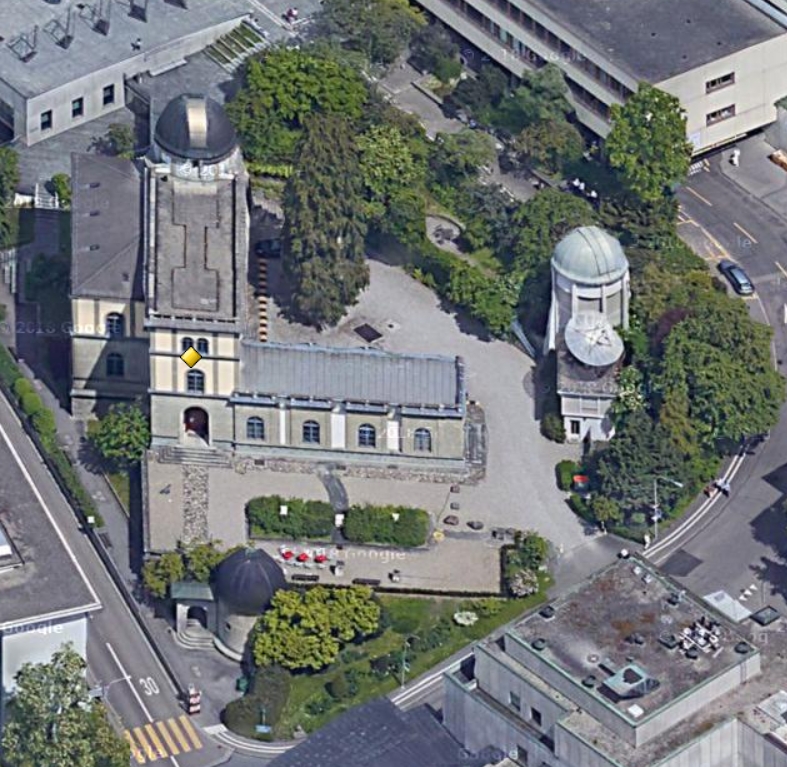 The most important solar observatory in the 19th century was the ETH Observatory of the Eidgenössisches Polytechnikum (Confederate Polytechnical School, today "Swiss Federal Institute of Technology") in Zürich, Switzerland. The Observatory and the Polytechnikum were designed and built in 1861 to 1864 by the famous architect Gottfried Semper (1803--1879), professor of architecture and Head of the ETH architecture school Zürich. 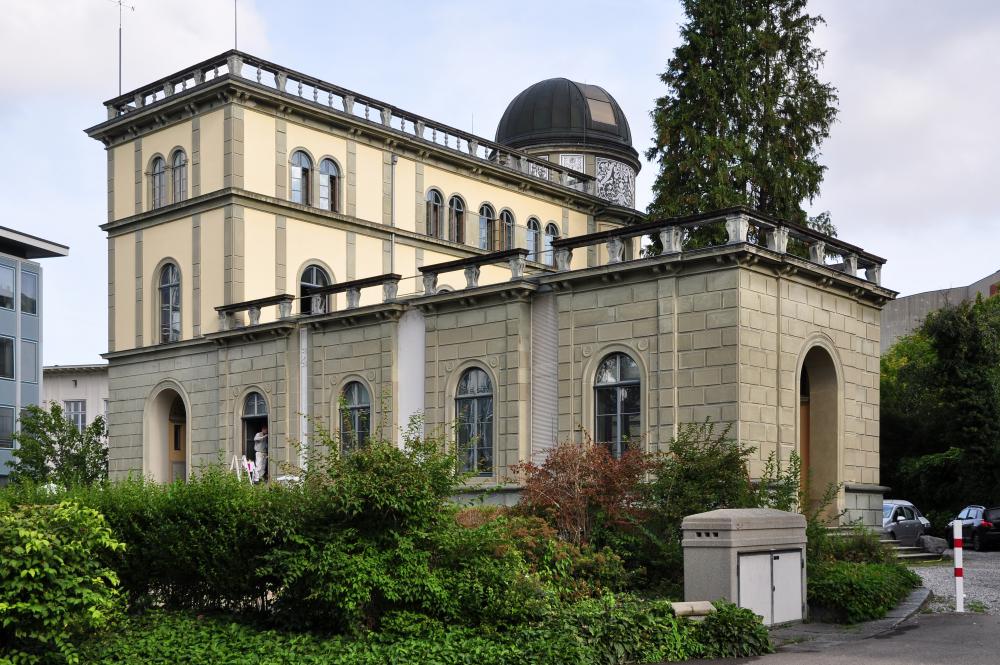 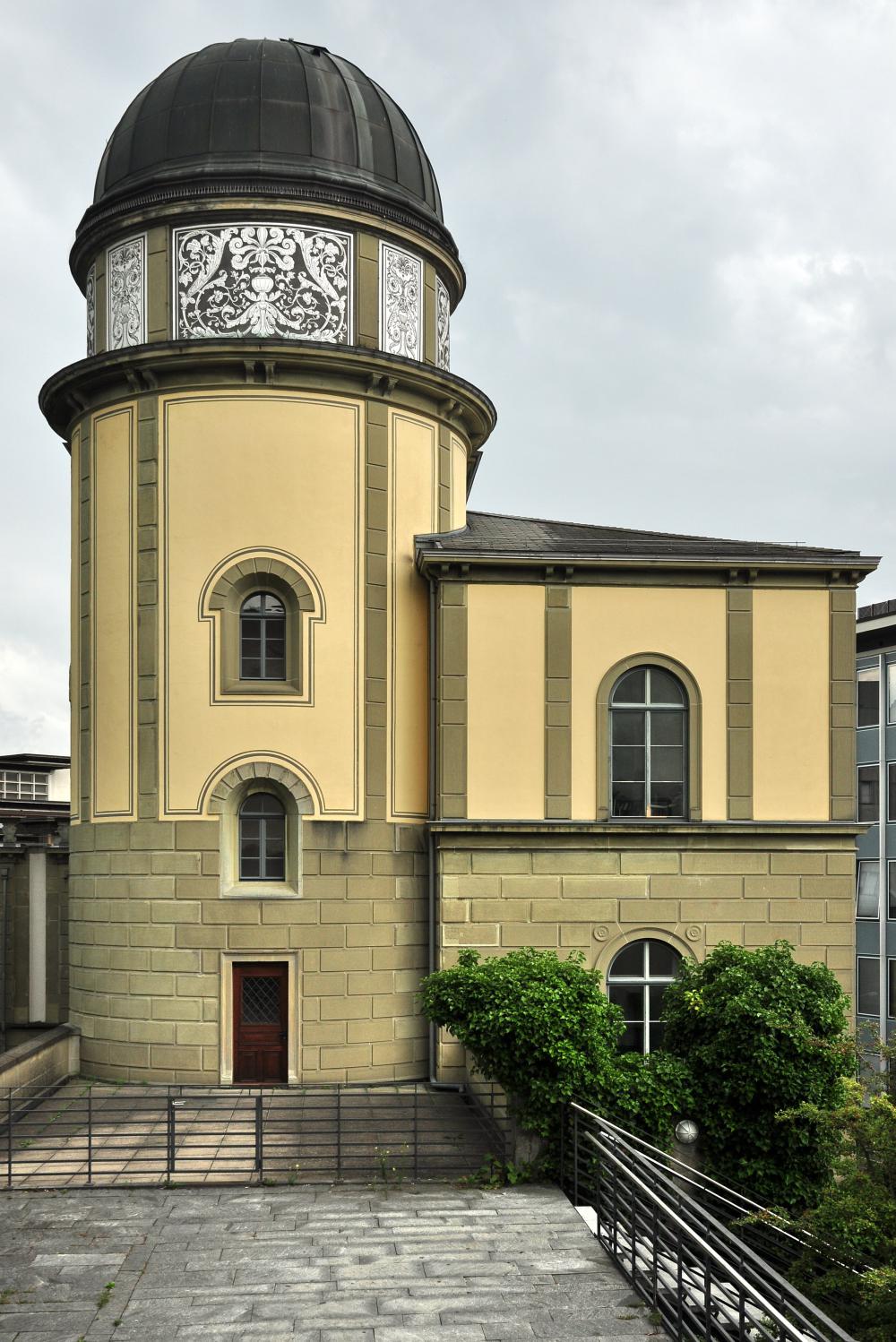 Semper was appointed as first professor for architecture in 1854 in the just founded Eidgenössisches Polytechnikum (1855). Semper was admired already by his contemporaries as "Michelangelo of the 19th century" (Friedli et al. 1998). Semper is famous besides his buildings -- like the Semper Opera in Dresden und Frankfurt, buildings in London and Winterthur as well as monumental buildings like the Kaiserforum in Vienna -- for his theoretical and reformatoric work in architecture.

"For construction and equipment together 250,000 Francs were spent, of which around 70%
for the actual construction sum, 20 for the instruments and 10 for the official furniture, the gas and telegraph lines, etc." (Friedli 1998, p. 300)

The dome of the ETH Observatory was erected between 1861 and 1864 according to the ideas and specifications of Rudolf Wolf (1816--1893), mathematician and astronomer, and the well-known German professor of mechanical engineering Franz Reuleaux (1829--1905), constructed by the company Escher Wyss. The second floor was used by the meteorological central institute (until 1881).

The main instrument of the ETH observatory was a refractor in the large dome on the top of the building. In addition, meridian observations were made in the Southern meridian hall. Both instruments were delivered by Kern of Aarau, the optics by G. Merz & Sohn of Munich (1862/64).

Rudolf Wolf was very much impressed by the discovery of the sunspot cycle by Heinrich Schwabe (1789--1875). Then he started his own observations, and collected all the available data on sunspot activity back as far as 1610, carried out by many different astronomers using various instruments and observing techniques. By analyzing these sunspot observations, he calculated a period for the cycle of 11.1 years. In 1848, Rudolf Wolf defined the relative sunspot number in order to quantify the observations; this was accepted on an international level as Zurich Sunspot Number. Already in 1832, he found a relationship between the diurnal motions of the magnetic needle and the periodicity of the sunspot number. In 1852, Wolf was one out of four -- Johann von Lamont (1805--1879), Edward Sabine (1788--1883), Jean-Alfred Gautier (1793--1881) -- who discovered the link between the sunspot cycle and geomagnetic activity. In addition, Wolf made comprehensive aurora data available to his friend Hermann Fritz (1830--1893), who used them as basis for his "Verzeichnis beobachteter Polarlichter" (List of observed auroras), 1873. Thus, the correlation of auroral activity with solar and geomagnetic activity was derived (cf. Schröder 1984).

Wolf was a founding member of the Swiss Meteorological Commission in 1861, and was a popularizer of  meteorological knowledge. As President of the Geodetic Commission of Switzerland, he organized the surveys and published an important cartographical work about surveying in Switzerland "Geschichte der Vermessung in der Schweiz" (1879).

The ETH Observatory Zürich in the 20th century

Between 1910 and 1911, the so-called "Small Observatory" was built on the edge of the observation platform. Already since 1928 new buildings like the district heating plant (1933), the enlarged Chemical Institute (1937), and the University Hospital (since 1945) were added near the observatory and disturbed the observations.

In 1950/51, a solar tower was added, and between 1989 and 1993, the northern adjoining zone between the observatory and Kanton Pharmacy was redesigned.
The ETH Observatory in Zürich was in astronomical use until April 1, 1980.

From 1939 to 1980 the ETH Observatory also operated the astrophysical observatory on the Tschuggen in Arosa and from 1957 the still active Specola Solare in Locarno-Monti. 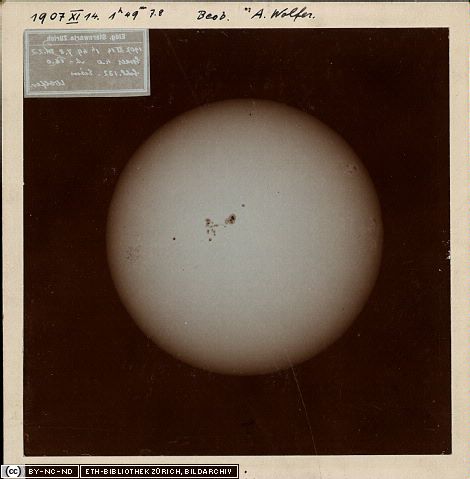 In the middle of the 19th century a significant upturn in solar research started with the discovery of the 11 years cycle and later with the beginning of astrophysics, especially with photography and spectroscopy of the Sun. In the 19th century the Sun was observed in several private observatories, for example in Carrington’s Observatory Redhill (1852, no longer existing). Samuel Heinrich Schwabe (1789-1875), pharmacist, botanist and astronomer, started in 1825 with solar observations using a Fraunhofer telescope. He built an observatory on the top of his pharmacy in Dessau in 1829, which is well renovated.

In 1854, Rudolf Wolf, coming from Bern, applied to the commission for the organization of the Polytechnical Institute for an astronomical observatory in Zürich for a loan of CHF 10,500
"in order to buy a Repsold pendulum clock available from Horner’s estate, and to order an astronomical theodolite from Ertel in Munich, a meridian circle similar to the one delivered for Bern Observatory, and a six inch Merz refractor, in addition to the inventory of the old Feer observatory, a couple of sextants, etc.; this seemed to be enough, at least for the beginning ..."  (Friedli 1998, p. 299)

Concerning the meridian hall, Friedli et al. (1998) wrote:
"Separated by a light partition panel, the meridian circle, made by Kern of Aarau, was mounted in the eastern section on plinths separated from the rest of the building, and the meridian circle, made by Ertel of Munich, was placed in the western section. Above each instrument, the roof and the southern and northern walls of the building could be opened a little so that all stars from the northern horizon through the zenith to the southern horizon were accessible for observation. Both instruments could only be moved around a horizontal, east-west oriented axis and therefore only observe stars in the meridian. A "sunbed" was available for each observer, with which he could slide under the instrument on rails and thus in a relaxed way register the meridian transits of the stars culminating near the zenith. Graduated vertical circles were attached to both ends of the horizontal axes, from which the position of the sighting telescopes could be read using measuring microscopes.
The handling of the two meridian circles required years of practice and iron discipline in the systematic recording of the measured variables as well as in the tortuous mathematical reduction of the numerous systematic and random errors in observation and measurement."

The electric clocks of the city of Zurich were controlled by a standard city clock (städtische Normaluhr) set up in Ertel’s Meridian Hall via a telegraph line between the city and the observatory.
The meridian observations were stopped in 1950. 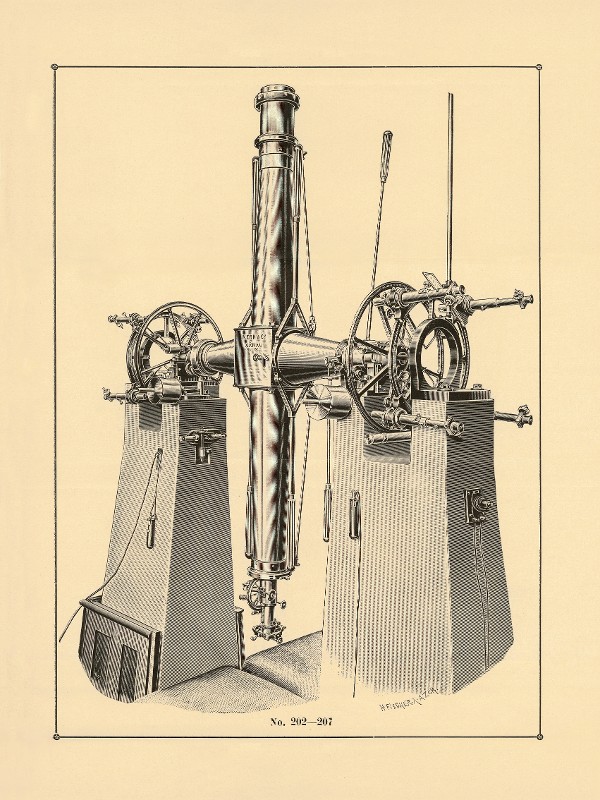 Fig. 5b. Observer at the Meridian Circle, made by Kern of Aarau, optics by G. Merz & Sohn of Munich (1864), ETH Observatory Zürich, (ETH Bibliothek Zürich, Bildarchiv)

Observing with the Meridian Circle (Meridian-Circle-Beob.mp4) 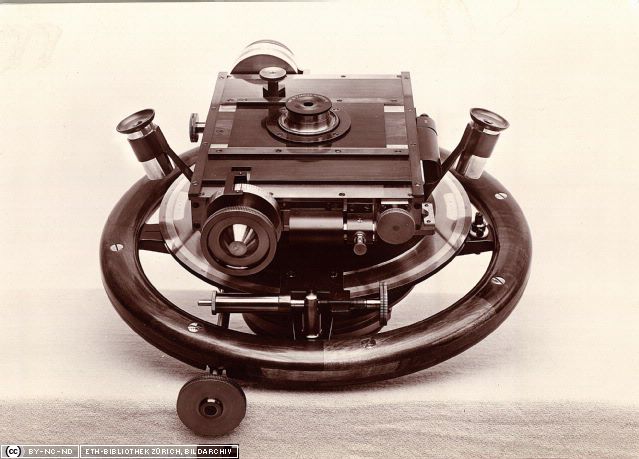 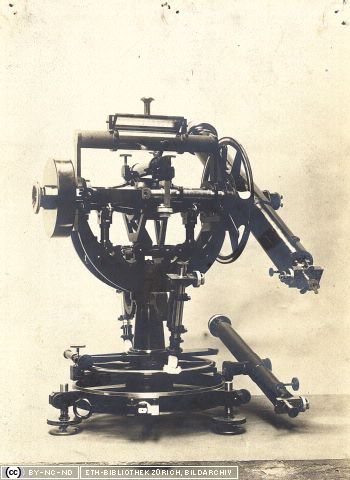 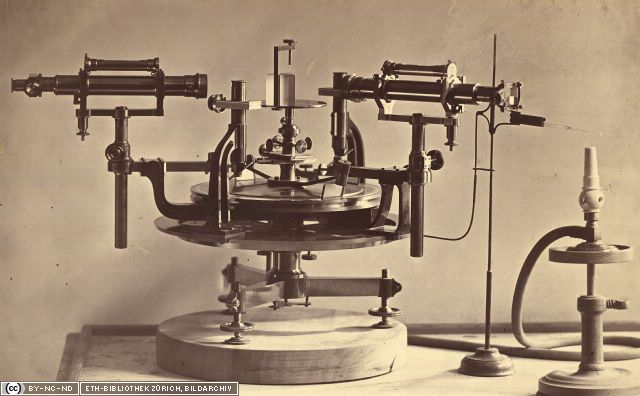 Instruments of the ETH Observatory Zürich 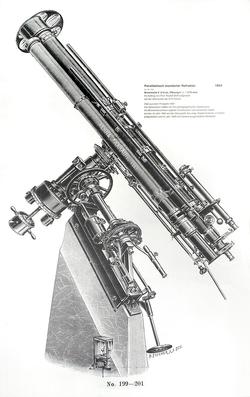 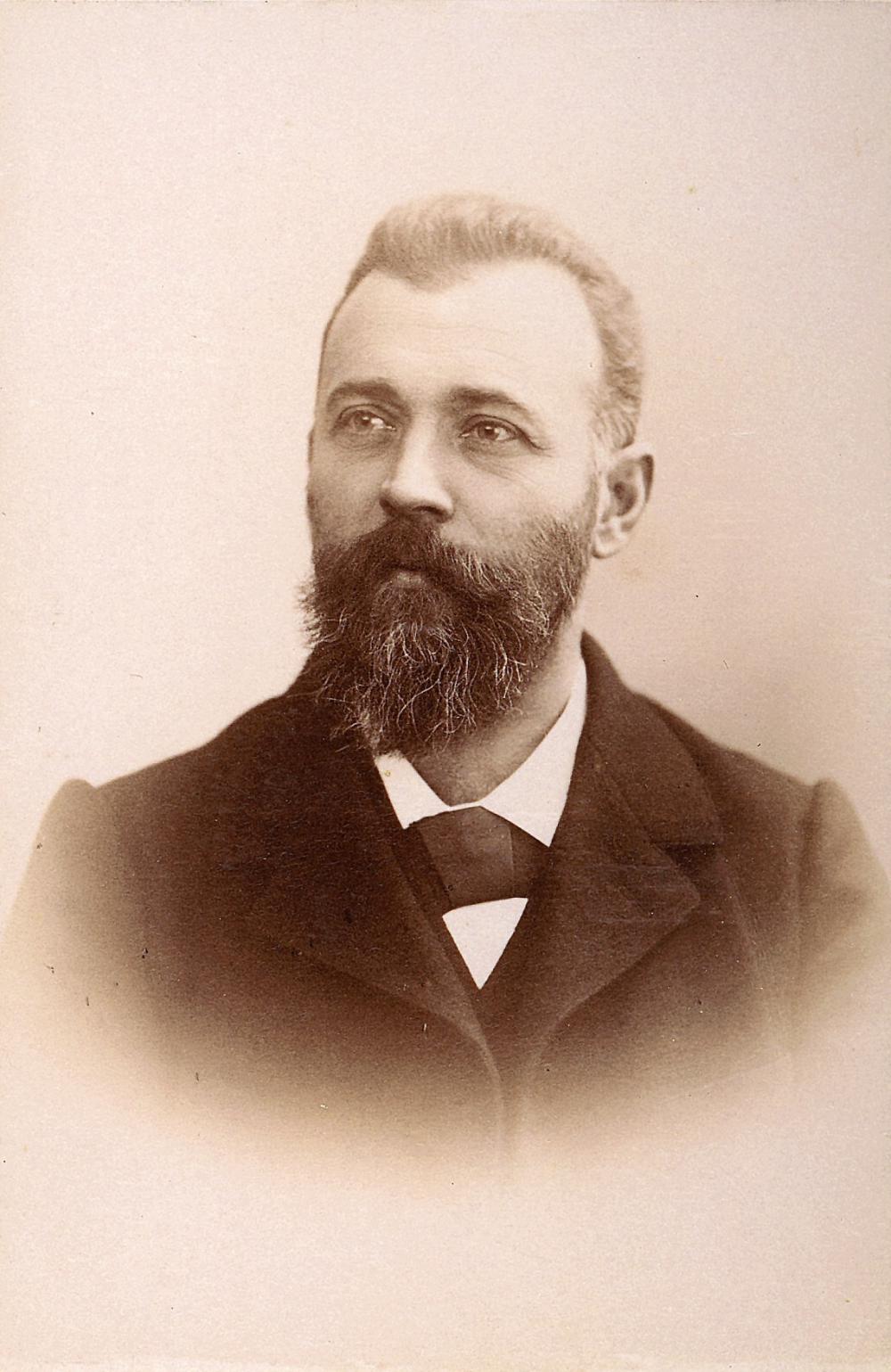 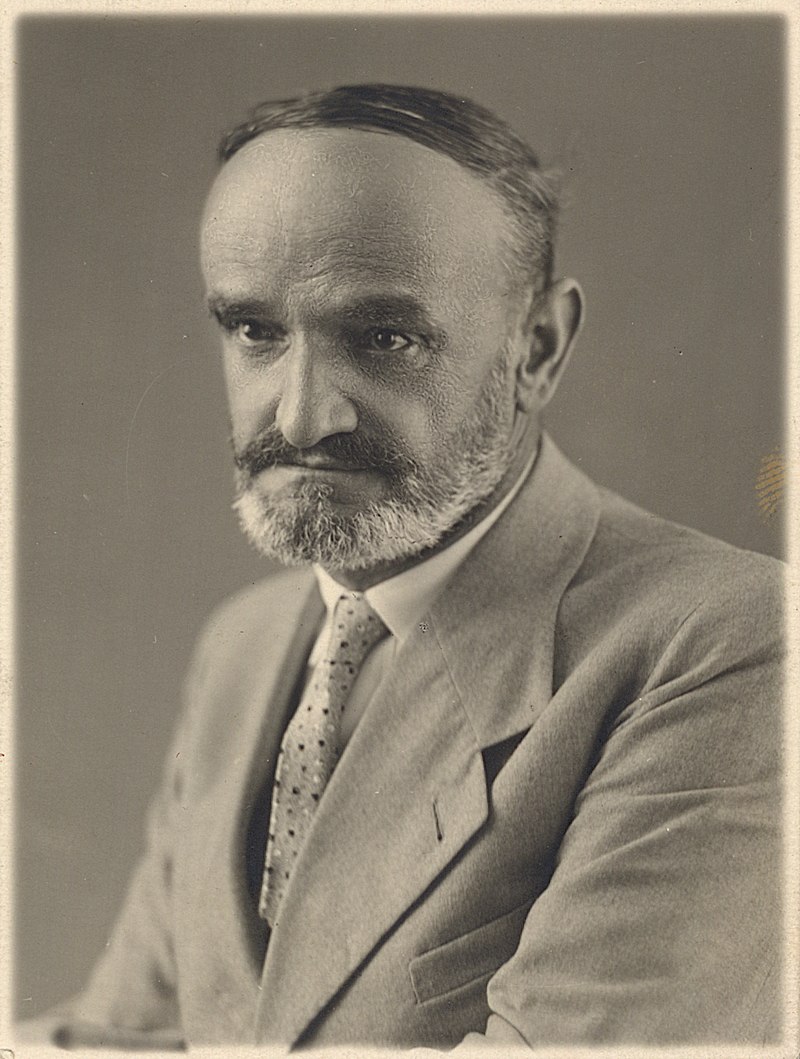 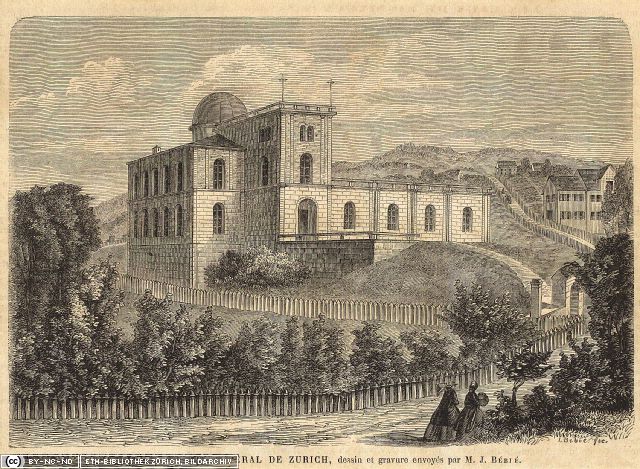 The historical Coronograph was sold (March 20, 2021) to the Astronomische Gesellschaft Graubünden (AGG) for astronomical use.
In May 2021, a restoration of the Zeiss-Kern-Coronograph of Arosa Observatory (1938) was started by the Arbeitsgruppe der Sammlung Kern (AGK) of Aarau in cooperation with the Astronomischen Arbeitsgemeinschaft Aalen e.V. (AAAA).

The ETH Observatory in Zürich, built by Gottfried Semper (1803--1879) in 1864, belongs to the few observatories of 19th century, built by famous architects like Karl Friedrich Schinkel (1781--1841) (Berlin and Bonn observatories), Christian Heinrich Grosch (1801--1865), influenced by Christian Frederik Hansen (1756--1845) and Schinkel (Copenhagen Observatory, 1833) and Theophil von Hansen (1813-1891) (Athens Observatory, 1842).
The shape of the ETH Observatory in Zürich is unique, not comparable to the standard layout of the 19th century with three domes like Pulkovo Observatory, St. Petersburg (or a Greek cross like in the beginning of 19th century).

After the closure of the observatory in 1980, the building was used by the Department of Microtechnological Wood Research.
After an elaborate restoration (1995--1997), in 1997, the observatory building was taken over by the "Collegium Helveticum", an interdisciplinary research institute -- a joint Institute for Advanced Studies (IAS) of the ETH Zuerich, the University of Zuerich, and the Zuerich University of the Arts -- with the aim to provide a meeting place and forum for dialogue between the humanities, social sciences, physical sciences, engineering, medical science and the arts.

The ETH Observatory in Zürich is since 1980 no longer used for solar physics or astronomy. 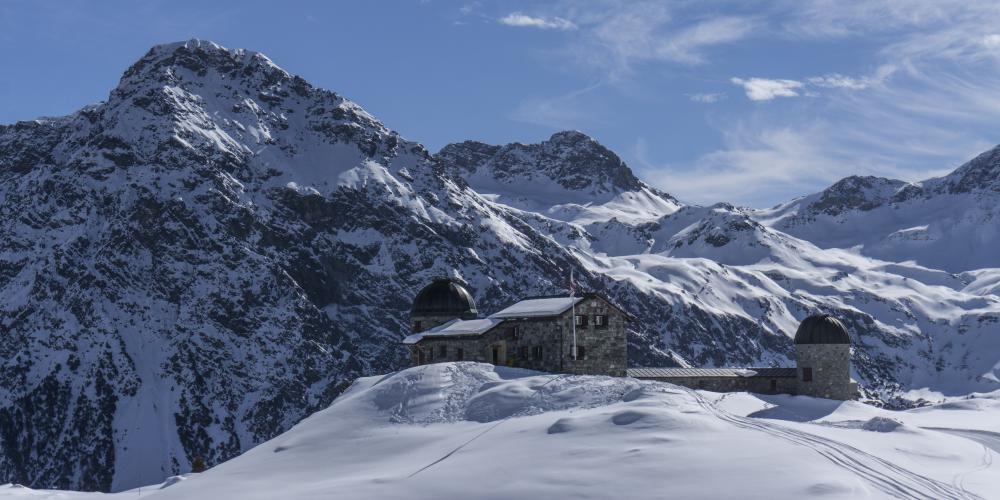 Fig. 9a. Arosa Astrophysical Observatory on the Tschuggen, founded in 1939 (Wikipedia, crystjan)

Fig. 9b. Arosa Astrophysical Observatory on the Tschuggen, operated until 1980, (ETH) 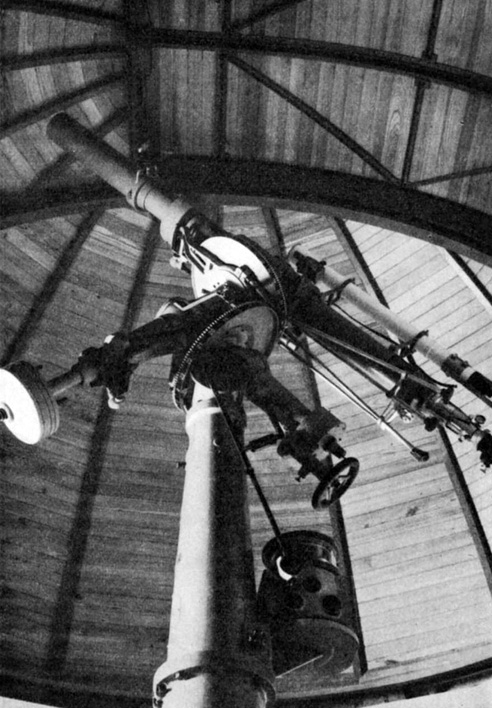 The corona observations in Arosa Observatory were supplemented by twenty solar eclipse expeditions from 1952 to 1980 and led to significant results: studying the shape of the corona and its magnetic field, its variation in the 11-year cycle and the analysis of the coronal structures -- published in numerous publications. The Arosa Observatory, astrophysical observatory of the ETH Zürich, was decommissioned in 2002.

From 1957, the ETH Observatory operated in addition the still active Specola Solare in Locarno-Monti.