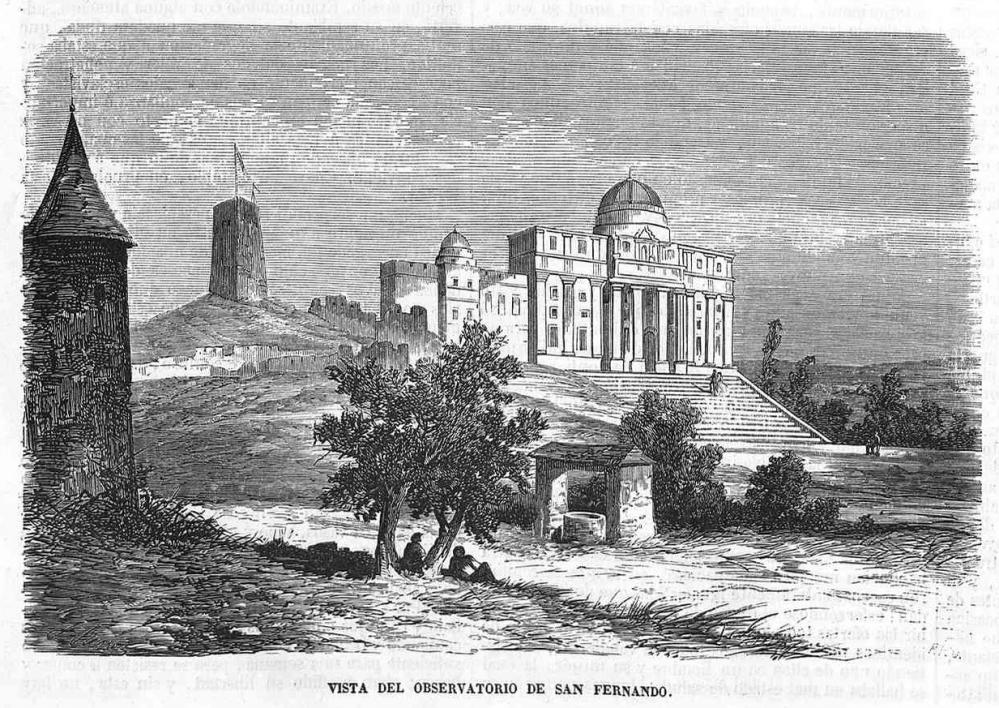 The Real Instituto y Observatorio de la Armada de San Fernando is the oldest observatory in Spain and one of the oldest state observatories in the world.
In 1753 the Royal Observatory was founded by the Jorge Juan y Santacilia (1713--1773), Head of the Naval Academy in the Andalusian port city of Cádiz, in order to teach future naval officers about astronomy - essential for navigation.

The observatory is designed by the Marquis of Ureña in neoclassical style - a distinguished military architecture to house the headquarters of the Cadiz Maritime Department. The astronomical observatory is a singular landmark of enlightened Spain, not only for its scientific achievements, but also for its architectural values (Martinez  Monttel 1989, p. 9). 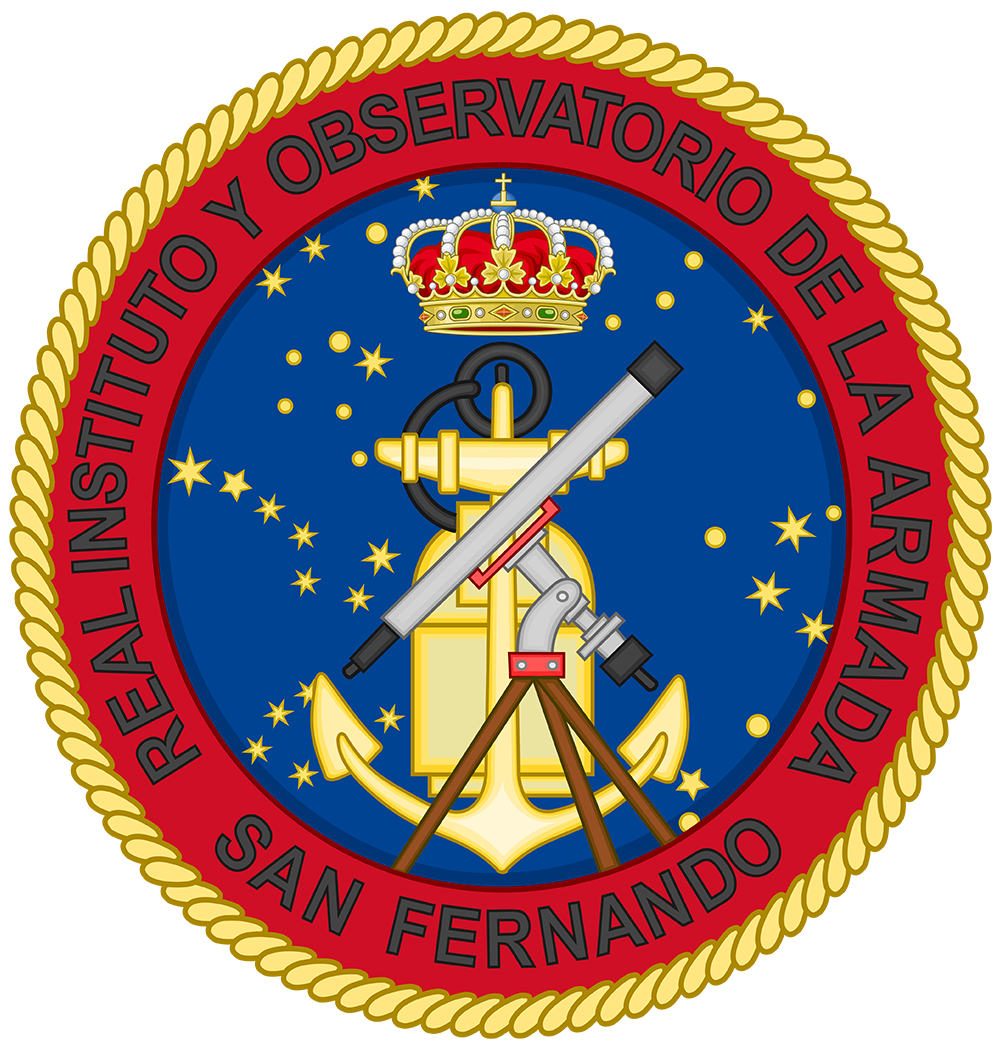 Fig. 2. Emblem of the Royal Institute and Observatory of the Spanish Navy (Wikipedia 3, Heralder) (Wikipedia)

The main task was time keeping, setting the official time in Spain. As a naval observatory, located on the hill of Torre Alta, from which you could see the ocean, it operated a time ball (1878), announcing the exact time to the ships for navigation (for synchronizing their clocks).
The astronomy department has been used for the observation and theoretical study of the positions of the stars and celestial bodies in the solar system; the results, the ephemeris for the Navy were published in the Astronomical Yearbook and Astronomical Ephemeris.
The astronomy department is divided into three areas: area-wide astrometry, solar astronomy and meridian astrometry.

The research topics were besides astronomy and time keeping also earth sciences, geophysics, geomagnetism, seimology, meteorology and satellite services (tracking space junk with lasers). The Geophysics Department has been in continuous operation since 1879.

In 1790, the Real Observatorio de Madrid was built in order to take over the purely astronomical work of San Fernando. 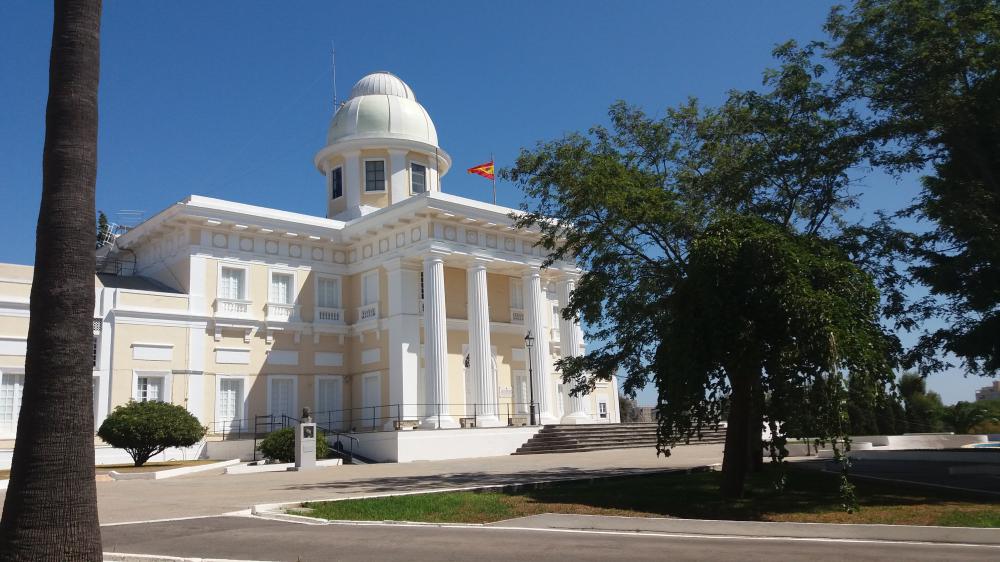 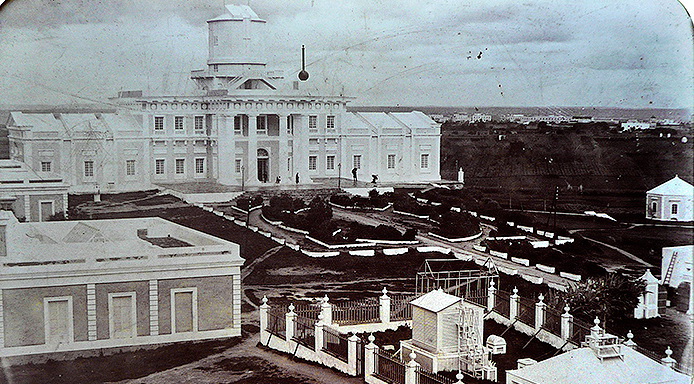 The Cádiz meridian, also known as the Zero meridian, governed all Spanish cartography from 1753 to 1884, when an international conference held in Washington established Greenwich as the first universal meridian. This meridian was established in 1753 thanks to the creation of the Royal Jorge Juan Observatory, which was
transfered to San Fernando in 1798, named Real Instituto y Observatorio de la Armada de San Fernando. This transfer forced a small change of the meridian: from 1801 the reference meridian for Spanish ships was that of San Fernando. The distance between the Cádiz meridian and the Greenwich meridian is 6º17’15’’ W. 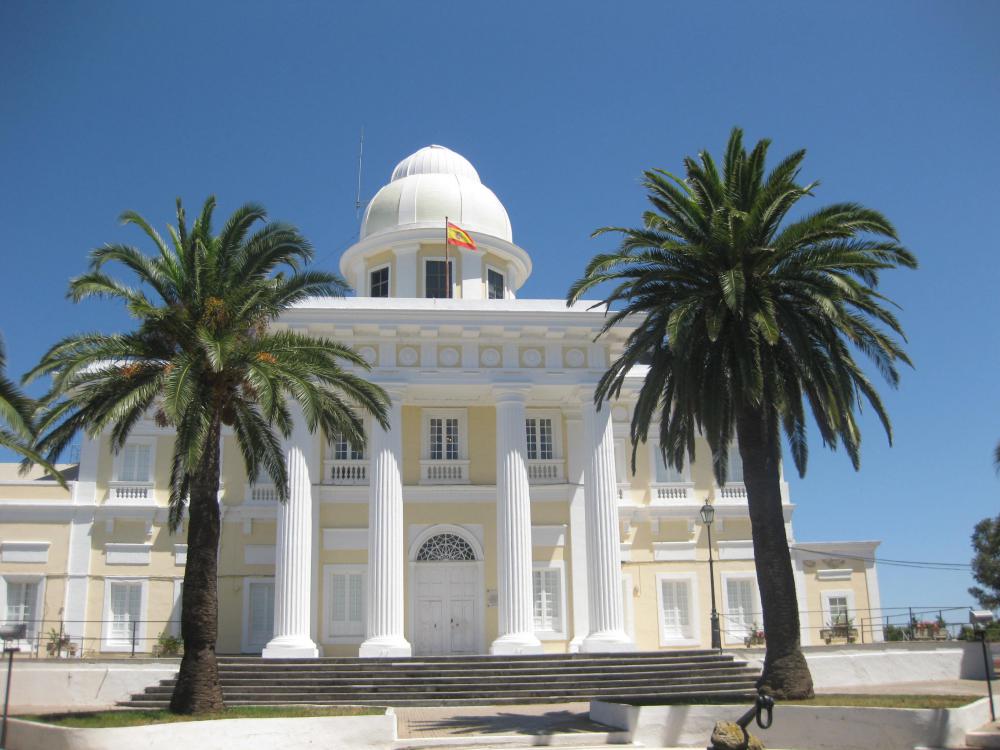 This oldest observatory in Spain is in perfect condition, but the appearance of the original building has undergone transformations throughout history.

It preserves a collection of ancient instruments an important historical heritage. Remarkable is the library comprising over 30,000 volumes, especially a cartographic collection, published between the 15th and 18th/19th centuries - a valuable scientific heritage.

The observatory is comparable with naval observatories time ball like Greenwich or the United States Naval Observatory Washington.

The observatory is still in astronomical use. It is today a modern research institute that is dedicated to astronomy as well as geophysics and also provides the national time service.