Astronomical Observatory of the Jesuit College in Lwiw (1771--1783) 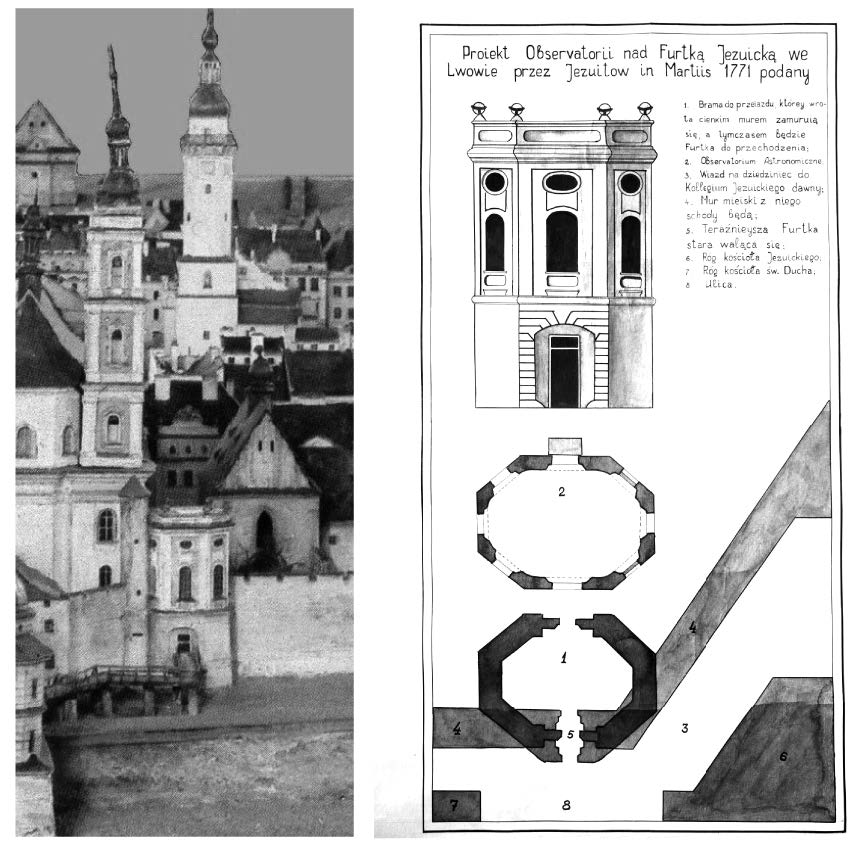 Fig. 1a. A copy of the project of an astronomical observatory (1771), by Sebastian Sierakowski (Archive of the observatory of the university, Wikipedia) 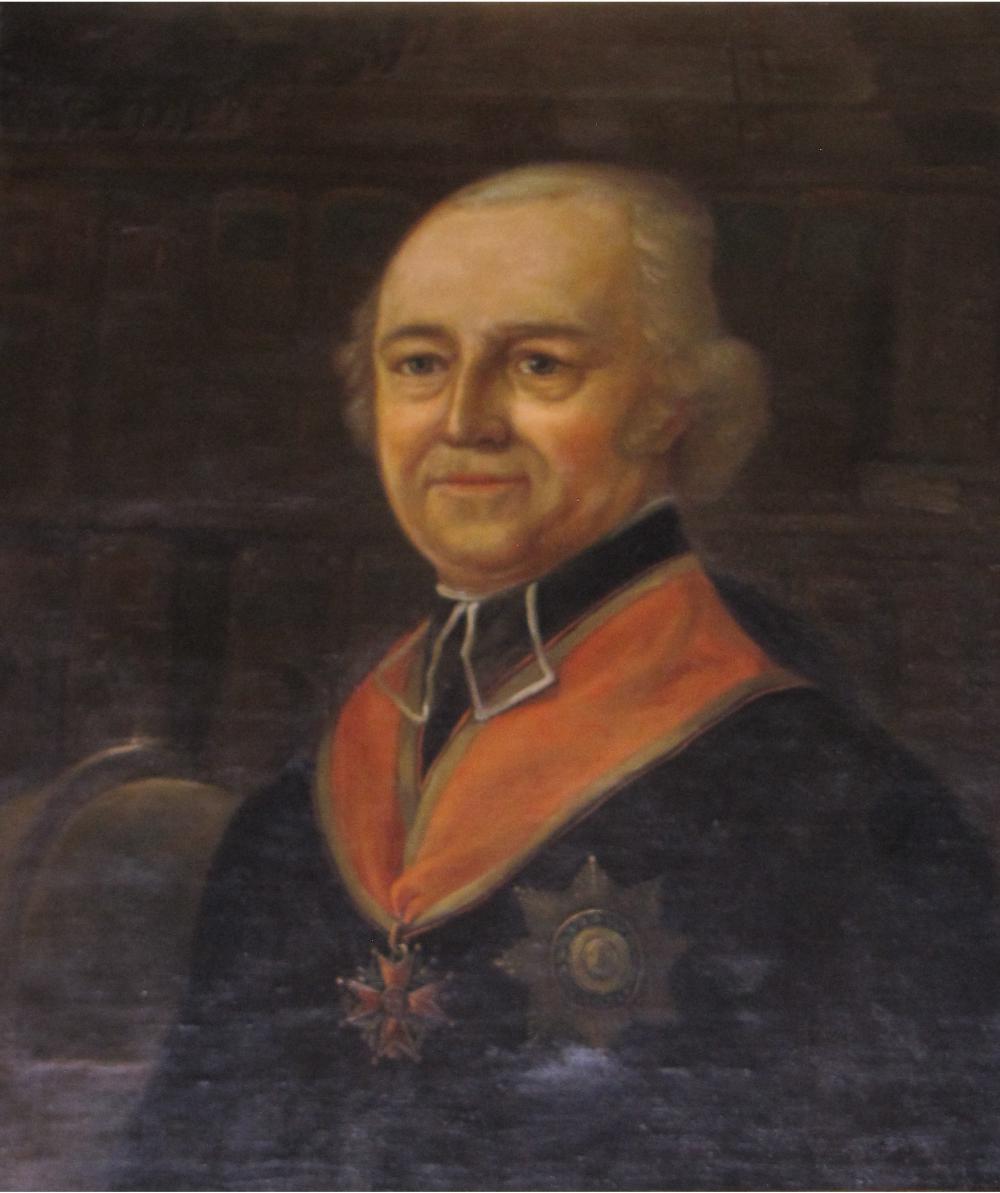 A Jesuit College in Lwiw was founded in 1608 in the time of Counter-Reformation, and got the status of Academy and the title of "University" by King Jan-Kazimierz II (1609--1672) in 1661. The Astronomical Observatory of the Jesuit College in Lwiw, sponsered and founded in 1771 by the Lviv archbishop Vaclav Yeronim Ciarakovskyi [Wacław Hieronim Sierakowski] (1700--1780), is the oldest astronomical observatory of Ukraine and one of oldest universities of Eastern Europe. The founding director was Sebastian Alojzy Sierakowski (1743--1824) of Poland, Jesuit pastor, architect, and professor of mathematics and astronomy, and director from 1771 to 1773, in the "late Enlightenment" -- then in Cracow. He designed the first building of the Lwiw Observatory, a two-storey octagonal tower, which was erected on the Western walls of the city near the Jesuit Church (now the Church of the Holy Apostles Peter and Paul). It was connected by a spiral staircase with the Jesuit College. There was a octagonal room with large windows, and a platform on the top (cf. Zach 1801).

From 1349 to 1772, the city was part of the Polish Kingdom, called  Lwów. From 1772 to 1918, it was Lemberg in the provicne Galicia of the Austro-Hungarian Empire. The Jesuit College Observatory was asked to conduct a geodetic survey, a cadastral mapping of Galicia [Halychyna] and Lodomeria [Volyhnia, Vladimir-Volynsky, Ukrainian S.S.R.], Bukovina (surveying by Hora von Otzellowitz), which was carried out under the leadership of the Austrian Jesuit astronomer, surveyor and cartographer Jozef Ksaver [Joseph Xaver] Liesganig (1719--1799) with the participation of the famous astronomer Franz Xaver von Zach [Tsach] (1754--1832) of Hungary, since 1787 in Gotha, Germany. The trigonometric survey was reduced to the meridian of the observatory. In addition, professor Franciscek Gussmann (1742--1806) was teaching physics at Lviv University since 1774.

Due to the demolition of the city walls, the Astronomical Observatory tower was dismantled in 1783--1784, and a new one was not built, so the foundation diploma of the Joseph II University of Lviv (1784), the Astronomical Observatory is no longer mentioned. The Josephinian University, named after Joseph II (1741--1790), Holy Roman Emperor from 1765 to 1790, was moved to the former Trinity monastery building (today Teatralna street). 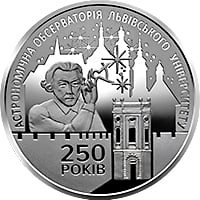 Fig. 2a. Medal for the Jesuit Observatory Lwiw/Lemberg (1771) 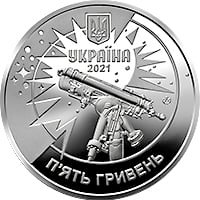 Fig. 2b. Medal for the Jesuit Observatory Lwiw/Lemberg (1771)

Although the observatory no longer existed, research in the Jesuit College -- Lwiw Academy -- continued during the 19th century, since 1860 it got the status of a University. Regular observations of celestial bodies took place, and astronomical knowledge was accumulated and actively promoted. During this period, university scientists published textbooks, scientific and popular science literature. 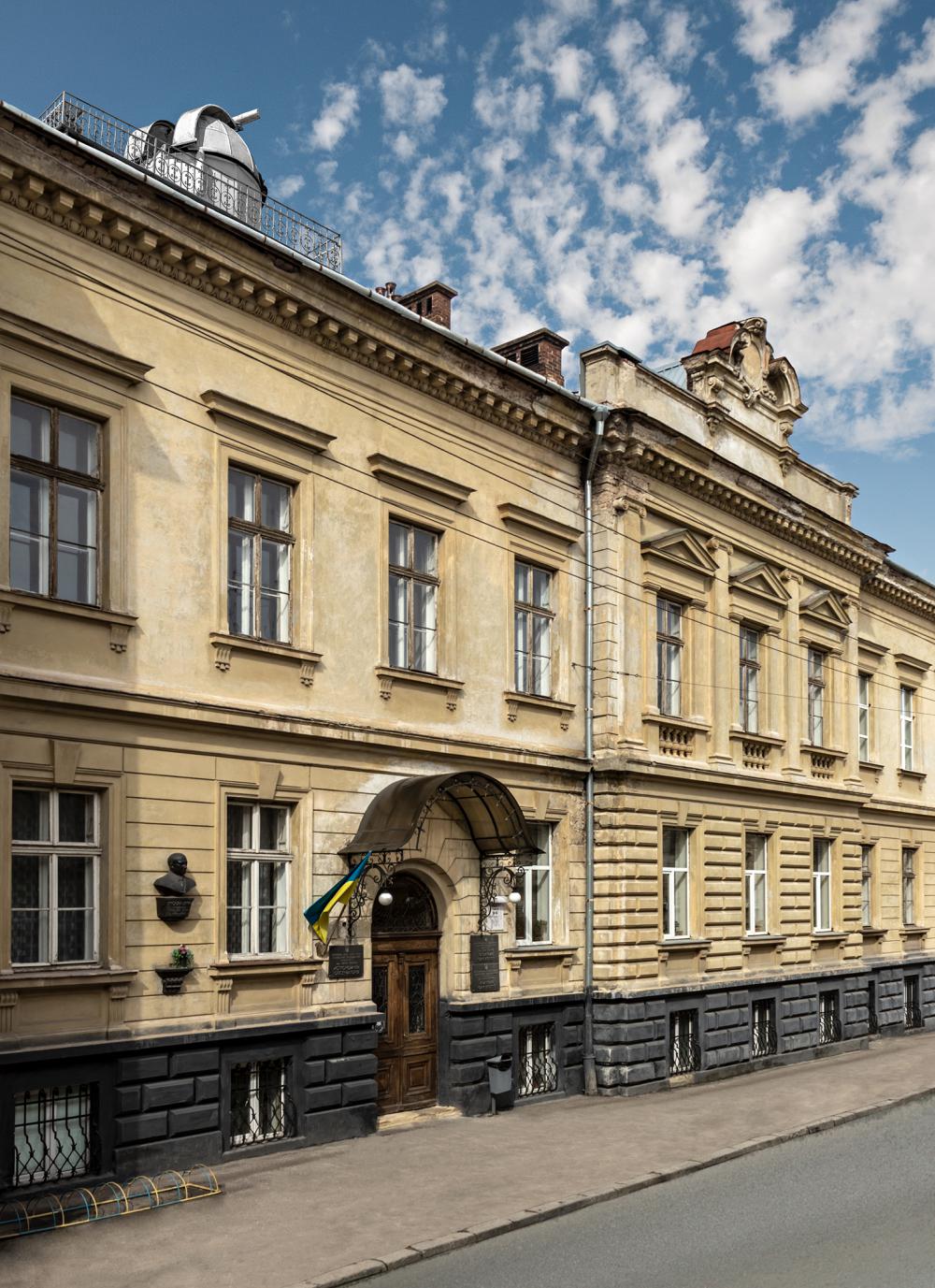 Fig. 3. Astronomical Observatory (1912) of Lwiw University -- on the roof is the dome with the Zeiss refractor (Wikipedia, CC3, Igoressen)

In 1897, the Ministry of Education approved Václava Láska [Lasku] (1862--1943) of Prague, since 1895, head of Lwiw Polytechnic, Department of Spherical Astronomy and Higher Geodesy including an Astronomical Observatory and a Seismological Station, as an associate professor of astronomy at the University of Lwiw (later professor of geodesy in Charles University in Prague). In 1899, he observed the shooting stars Leonides in Lemberg -- without an observatory, his opportunities for observation were very limited.

In 1900/01, an astronomical institute was established, whose tasks were: determining time, studying the motion of planets and comets, determining latitude by the Horrebow-Talcott method, observing eclipses, lunar occultations, variable stars, meteors, new stars and more.
In 1908, Marcin [Martin] Ernst (1869--1930) of Poland was called as a.o. professor and director of the Astronomical Observatory (1912 full professor), and member of the International Astronomical Union. In 1905, he observed the total solar eclipse in Spain, 1914 in Crimea. Besides teaching, he started systematic research in spherical astronomy, celestial mechanics (orbits of comets), and also in astrophysics (sun, comets, and variable stars). His laboratory technician, and since 1928 assistant, was Helena Kazimierczak-Połonska, who had studied astronomy in Lviv (1922--1927); she obtained her PhD in Warsaw in 1934.

The Astronomical Observatory was built on the roof of Lwiw University, Długosza Street; there was a platform for observing and the dome with a 13.5-cm-refractor with a micrometer, optics and mechanics made by Merz and Sendtner of Munich (1914, first light 1921). Chronometers and other devices were purchased, and an astronomical library was established. 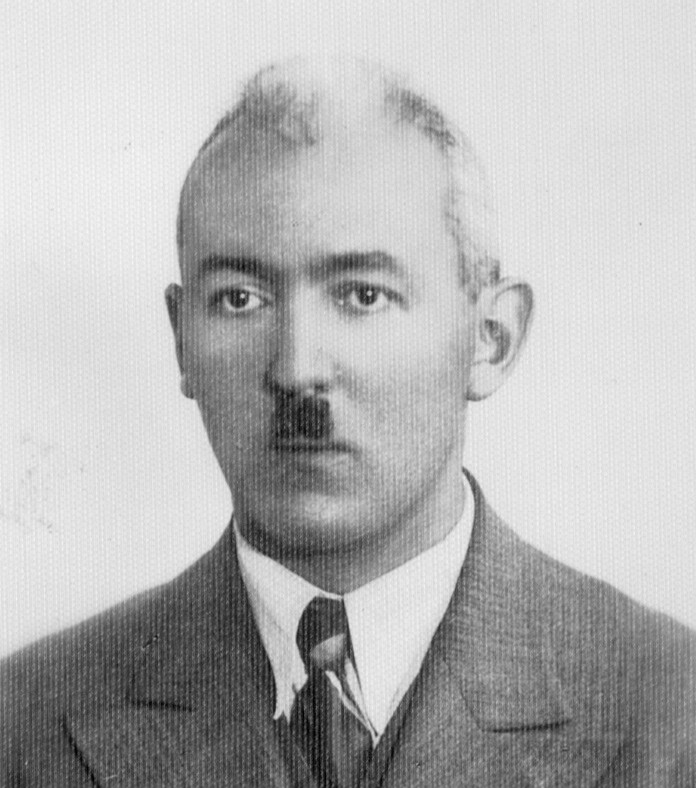 In 1932, astronomer Eugeniusz Rybko (1898--1988) of Poland was appointed as director (this section is taken mainly from Rudnizki, 1996). He was also interested in astrophysics; he began observing variable stars and worked actively in the field of stellar photometry; in addition, he launched the English-language publication "Contributions from the Astronomical Institute of Lviv University". Marian Wojtowicz, M.Sc. was a half-time assistant. After Rybko published in 1934, "Provisonal Photovisual Magnitudes of 260 Stars Near the North Pol", he received the title of an associate professor (1935). Rybka, as a well-known variable star observer, was always supported by Boris Vasilyevich Kukarkin (1909--1977) from Moscow, inviting him to a joint observation programme for variable stars. In 1934 and 1935, assistants were employed, Alicja Wojtowiczowa, and Jan Jerzy Mergentaler (1901--1995), in 1937 Antoni Opolski (1913--2014), both later directors in Breslau/Wrocław. Rybka could start international contacts: In 1935, Jan Mergentaler visited Ejnar Hertzsprung (1873--1967) in Leiden, and Rybka in 1935 and 1936; in addition, he made contacts e.g. with Kasimir Graff (1878--1950) from Vienna, Austria, and Pol F. Swings (1906--1983) from Liège, Belgium. Rybka took part in the Polish expedition to the eclipse to Greece in 1936. He  also participated in the last pre-war congress of the International Astronomical Union in 1938.
Rybka made efforts to get an observing station outside of the city, the place Cetnertówka, above the botanical garden, was chosen. As equipment a 90-cm-reflector was planned; but it was not realized before 1952. A photometric photographic catalogue of stars up to 7.5mag of the entire northern sky was created as repetition or extension of the "Potsdam Durchmusterung". New assistants came in 1939 and 1940, e.g. the Ukrainian Ołeksandr Moncibowicz [Moncibovych], Ludwik Zajdler (1905--1985), the aspirant Jaroslaw Kapko, and laboratory assistants, Helena Opolska, Stefania Ningerówna and Mrs. Kaczmarzowa.

During WWII, the cooperation between German, Polish, Ukrainian, and Jewish astronomers became extremely complicated. In 1941, instead of Poland, the "General Government" was established with Dr. Kurt Walter (1905--1992) as acting director since 1942 (he only visited Lwiw three times in 1942). The occupiers, thanks to the close links between astronomy, meteorology and navigation - useful for the army, decided to keep Polish observatories in operation. Thus, the Lwiw Observatory, had mainly to do the astronomical service, and also its scientific work on the study of variable stars and the polarization of light in diffuse nebulae could be continued to some extent. In 1944, only some instruments like arithmometers and chronometers were requisitioned, but the main astronomical equipment was preserved (hidden in a secret place) by Rybka from being exported to Nazi Germany.


Since August 1944, the Observatory was again under Soviet power. On July 9, 1945, Rybka could take part in a total solar eclipse expedition to Rybinska in order to photograph the solar corona with a Mikhailov camera. In September 1945, some employees of Polish descent left for Poland. The staff of the Astronomical Observatory was replenished by Ukrainians supported by other astronomical institutions of the USSR.

During 1945 to 1950, Professor Oleksander Syrokomsky (1894--1961) of Ukraine was the head of the Department of Astronomy and director of the Astronomical Observatory. At that time, photographic observations of variable stars, new stars, comets, lunar eclipses were carried out, and the "Circular of the Lviv Astronomical Observatory" was published.
The subject of scientific research of Ukrainian astronomers was expanded: physics of the Sun [Vladimir Yevgenyevich Stepanov (1913--1986), T. Ljudmila Mandrykina (1921--1982), Raisa B. Teplitskaya (1927--2016) of Russia)], celestial mechanics [N. Elenevskaya (1915--1985)], physics of stars, interstellar medium and relativistic astrophysics [Samuil Aronovich Kaplan (1921--1978) of Russia)].

In 1950, Vladimir Yevgenyevich Stepanov (1913--1986) was appointed director of the Astronomical Observatory, who created a unique (vertical) solar tower telescope with a a diffraction spectrograph of double reflection, and initiated the study of physical conditions in the solar atmosphere based on the study of absorption line profiles in the solar spectrum. 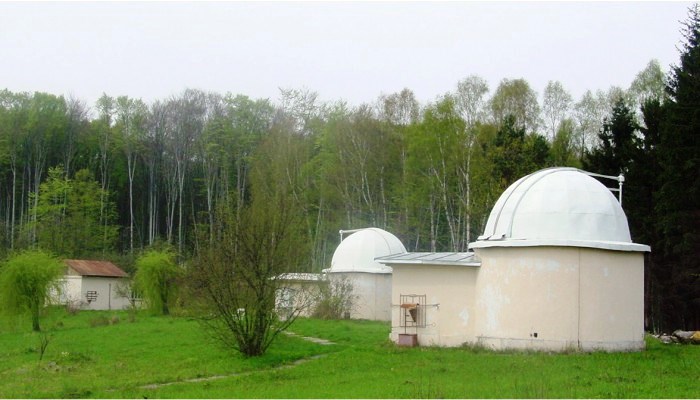 Fig. 5a. Domes of the Astronomical Observatory of Lwiw University, out-station in Bryukhovychi (Nova Street 7), (vue.gov.ua)

Fig. 5b. Domes of the Astronomical Observatory of Lwiw University, out-station in Bryukhovychi (Nova Street 7), (astro.lnu.edu.ua)

In 1950/51, an Out-station in Bryukhovychi, a suburb if Lwiw, was founded and equipped with instruments for solar observation, coordinate measuring, and for photometry in the late 1950s.

During the International Geophysical Year, new instruments were purchased, the AFR-2 chromosphere-photosphere telescope (1957), AVR-2 visual refractor (1959), and the 48-cm-Reflector AZT-14, made by LOMO (1960), used for photometric observations of variable stars.

The successor of Stepanov as director Moris Semenovich Eigenson (1906--1962) continued to study solar activity and solar-terrestrial relations, which he began while working at the Main Academy of Sciences of the USSR Academy of Sciences.

In 1959, Jarosław Kapka (1907--1979) was appointed director of the Astronomical Observatory of Ivan Franko Lviv National University.

In 1957, by order of the Ministry of Higher Education and the USSR Academy of Sciences, an optical observation station for artificial satellites of the Earth (SSS) was organized (visual, photographic, photometric), and since 1988 Laser rangefinder  observations; its head was O.O. Logvinenko (1936--2007). The results of the laser location of Lwiw Astronomical Observatory have been included in the World Wide Web (ILRS). 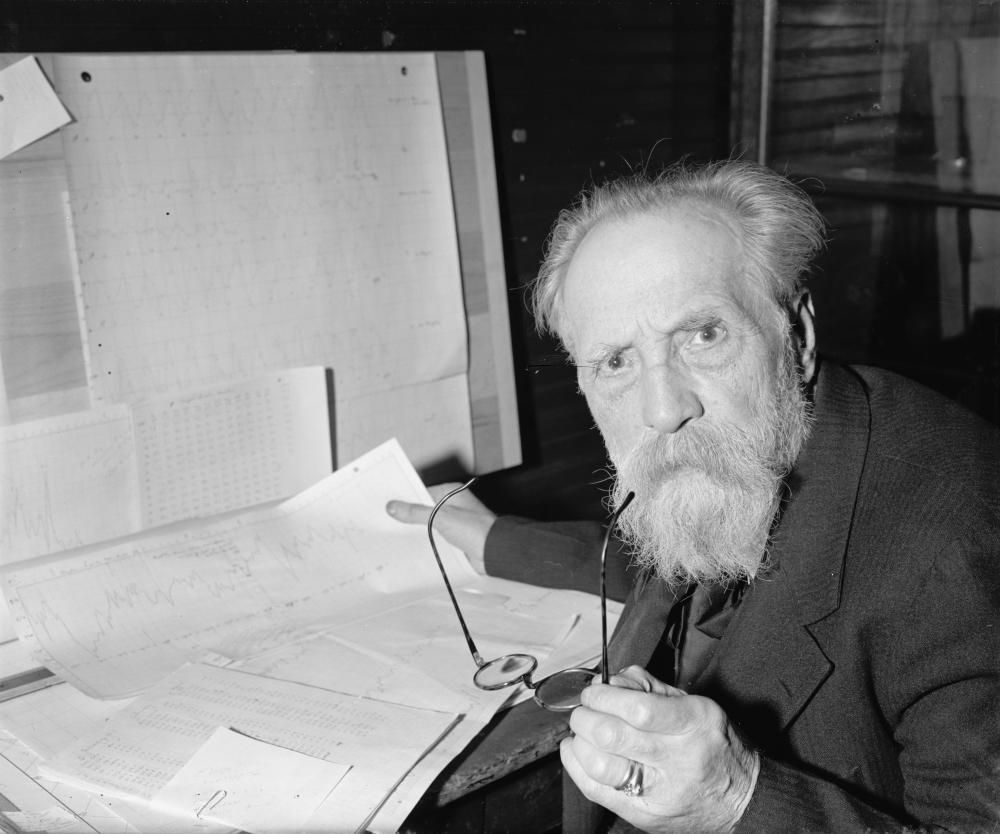 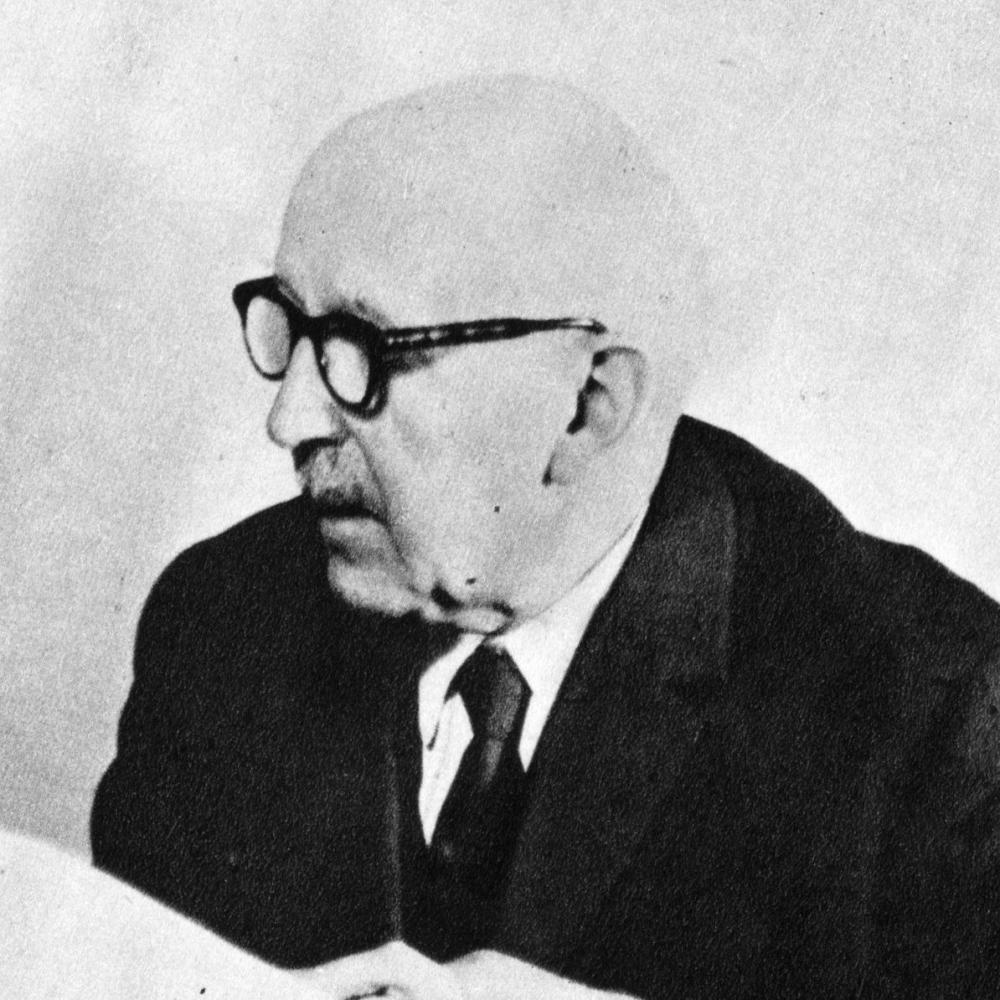 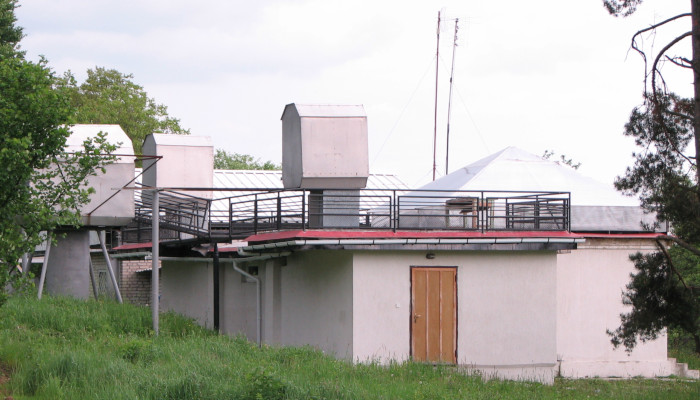 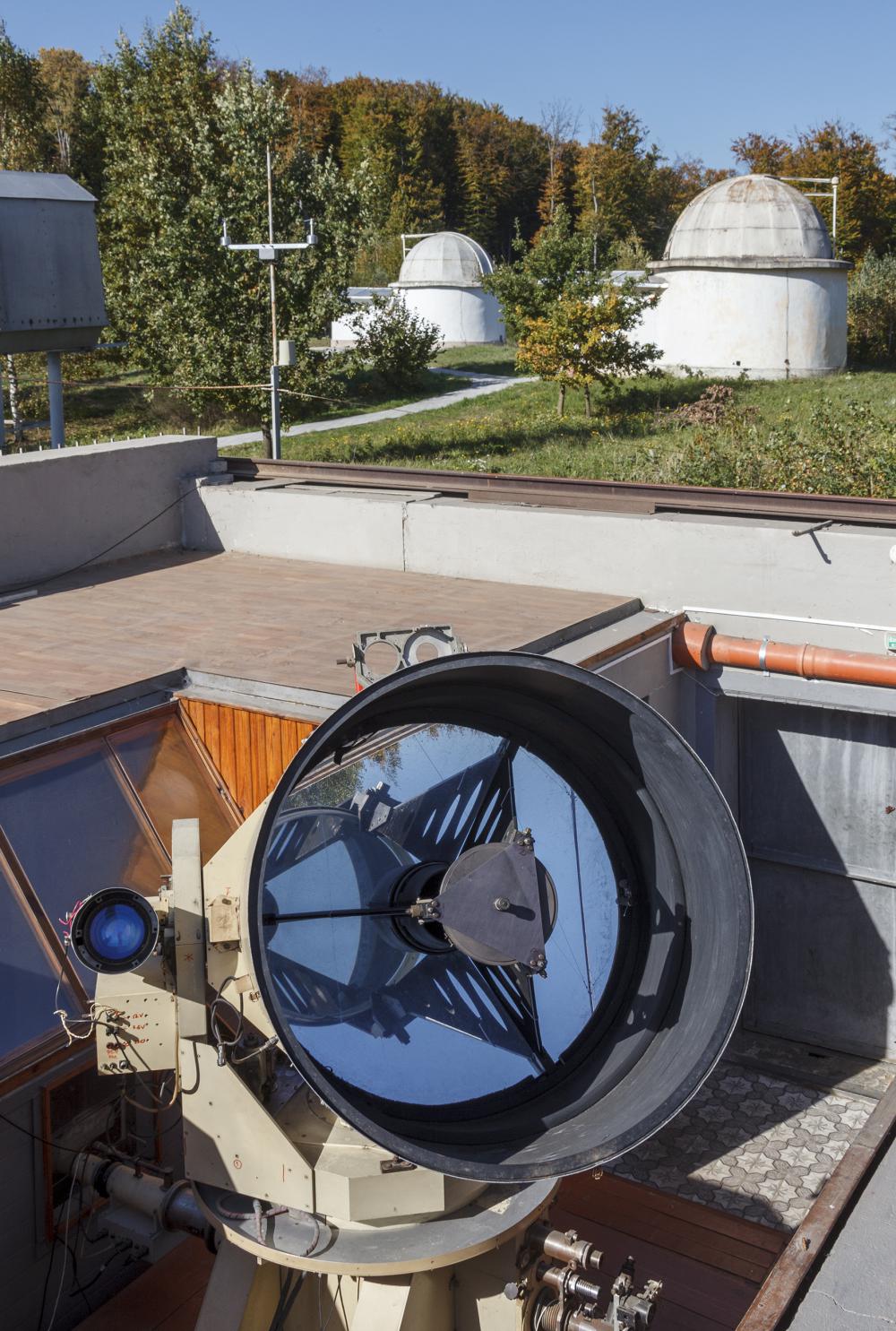 Fig. 7b. Domes of the telescopes AZT-14, AVR-2, and TPL-1M at the out-station in Bryukhovychi (Nova Street 7) (Wikipedia, CC4, Igoressen)

In 1951, in the village of Briukhovychi a suburban observation station was founded (3.4-ha). In the years 1957--1960, the following instruments were established: 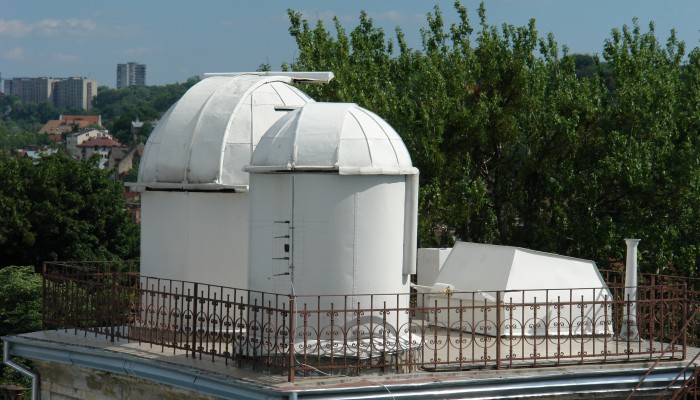 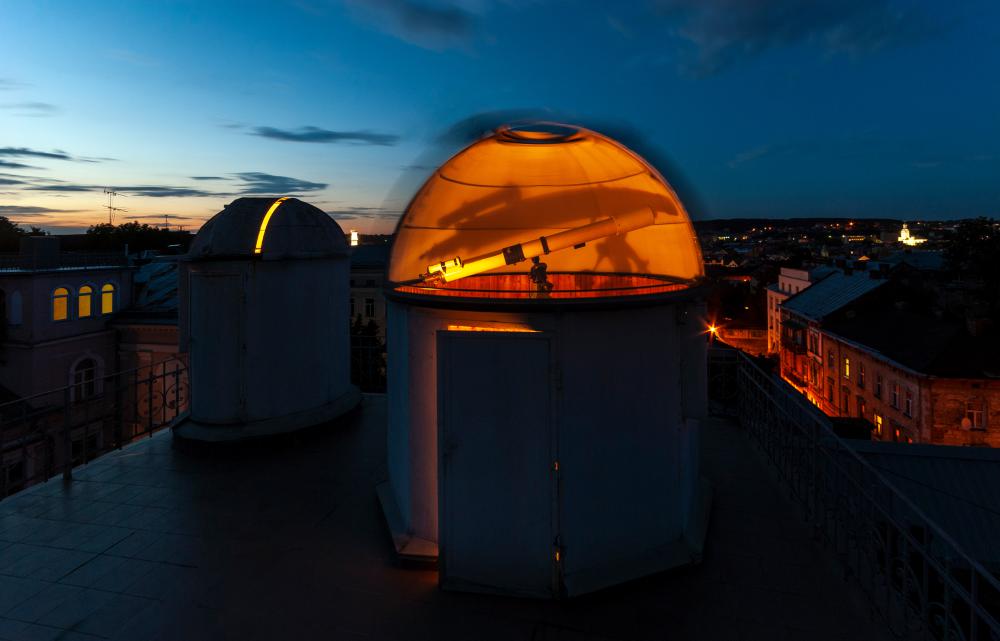 The Jesuit Observatory (1771) was founded 250 years ago, but the original building is not preserved, cf. Medal with the octagonal observatory tower in front of the silhouette of the cityscape of the 18th century Lwiw, the reverse shows the starry sky with a telescope and the Lwiw coat of arms (Fig 2a and 2b).
But the Astronomical Observatory (1912) of Lwiw University on the roof with a platform and the domes with the Zeiss refractor is in good condition.

A research complex of equipment for the study of artificial celestial bodies in near space has been created (2008 included in the State Register of Scientific Objects Constituting the National Heritage of Ukraine).

Lwiw/Lemberg Observatory started as a Jesuit observatory in 1771 (until 1783) like several others:

no threats, but now there is the war in Ukraine!

The main building of the university with the dome on the roof is still used as Astronomical Institute.
In addition, in 1957, an out-station for visual and photographic observations of satellites was established.