Kyiv (Kiev, Kiew) Observatory, located on the Kyiv Observatory Hill, is the oldest observatory in Ukraine and was constructed in 1840 to 1845, later (1860 to 1890) partially rebuild in the simplified style of Classicism. lt has the tower of octahedral shape. 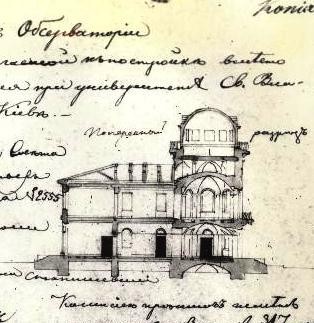 "The main building - an architectural monument of national importance - has been specially designed and built by renowned architect Vikenty Beretta" (Vdovenko & Kazantseva, 2008).
"The four forge-iron columns with the relief omament, a hand rail of stairs made of cast iron, a tiled stove with stucco moulding are preserved in the central hall." (Pinigin et al., 2016).
The building is orientated in the plane of the meridian. On the West side, there is a meridian room with an exit to the open terrace for using portable instruments. The telescopes have strong fundaments and the dome (1860) is rotatable. The instruments and equipment were either imported from Europe or from St. Petersburg.
Later additional buildings - like laboratories and many pavilions with sliding roofs - were installed in 1946--1960 (meridian circle pavilion, astrograph pavilion, horizontal solar telescope pavilion, three metal pavilions, three brick pavilions). 14 star position catalogues with a high accuracy were compiled.

Outstanding personalities of astronomers worked in Kiev. Until the 1930s, the staff consisted of only two to four employees. The professors of astronomy and the observing astronomer were often  educated in Europe. The first director of the observatory, Vasiliy Fedorovich Fedorov (1802--1855) worked first in Dorpat Observatory, 1825 to 1834, active with surveying, and he got in 1838 the call as first Kiev professor of astronomy. Fedorow observed the Total Solar Eclipse in 1842 in Tschernigow. 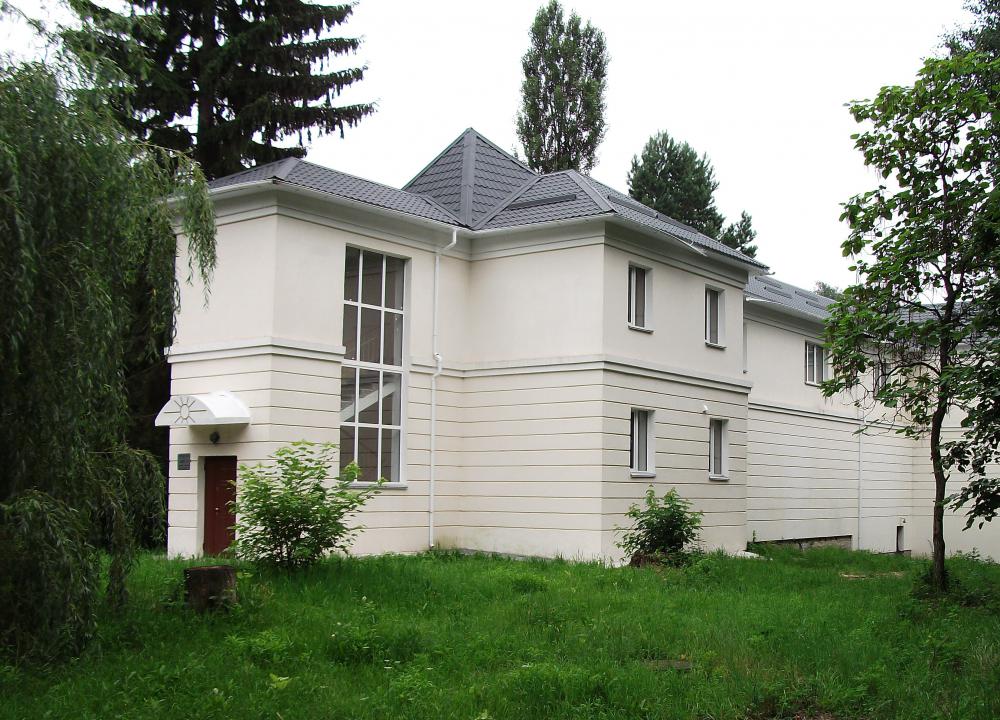 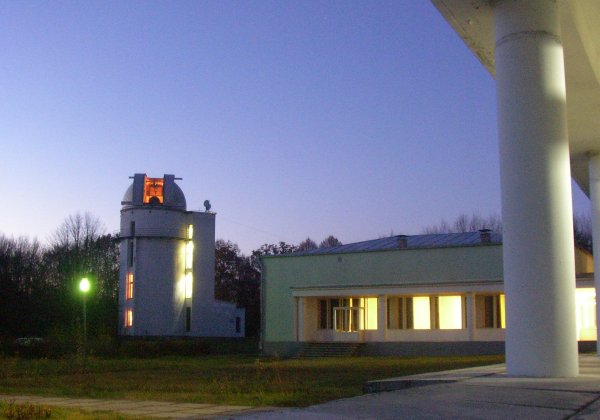 An astrophysical branch observatory on Mt. Terskol (3100m), Elbrus in Caucasus Mountains was built in 1970/74.

Alexander Jakowlewitsch [Aleksandr Yakovlevich] Orlow (1880--1954) was the first director of the new observatory in the Kiev-Holosiivska forest from 1944 to 1948 and 1951 to 1952.
The high-altitude astrophysical observation station on Mt. Terskol, Caucasus, was built in 1970, when Evgen Pavlovich Fedorov (1909--1986) was director. 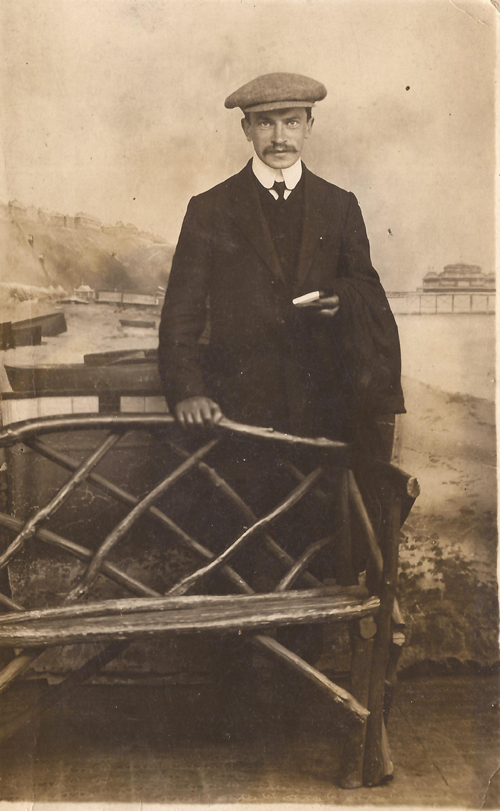 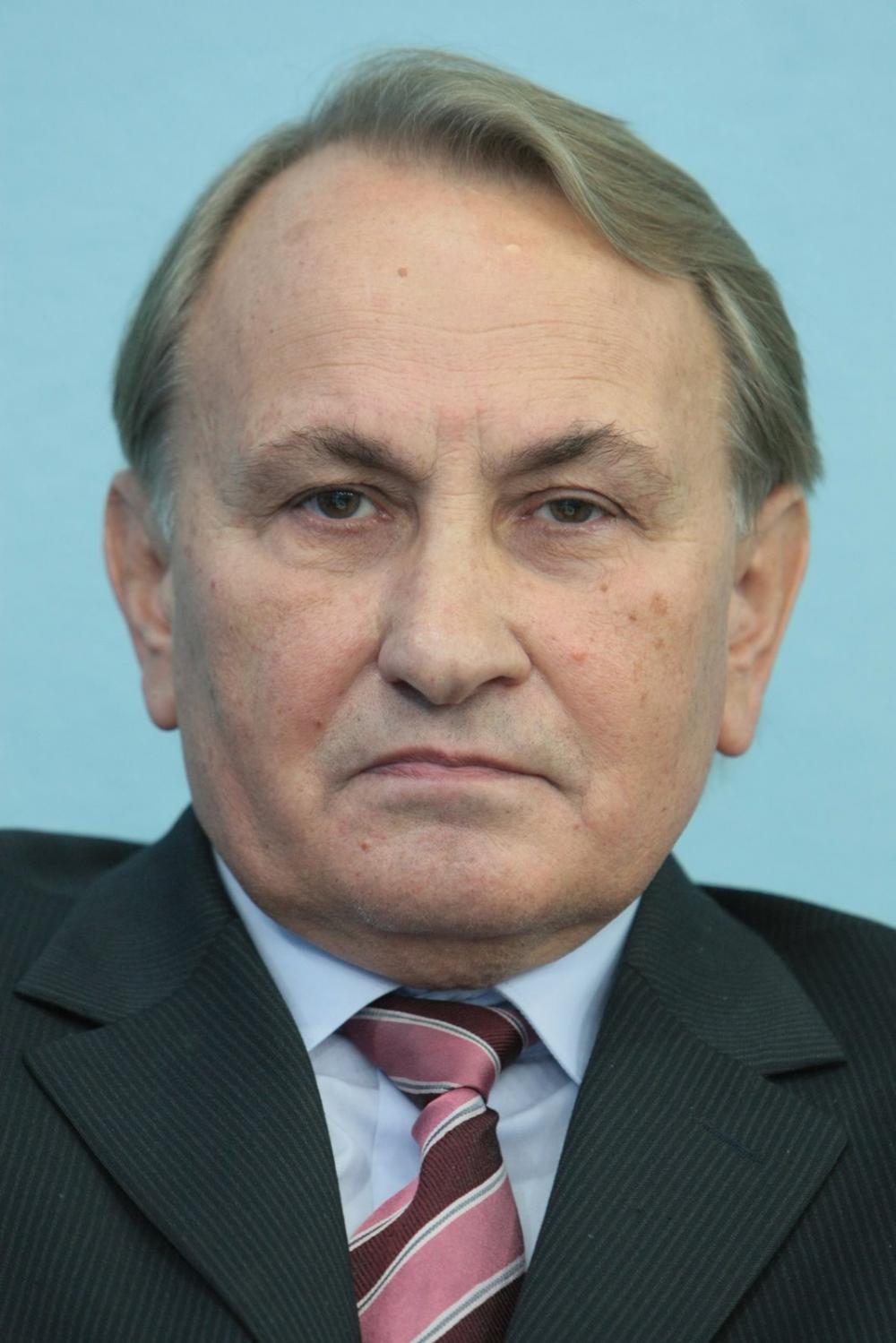 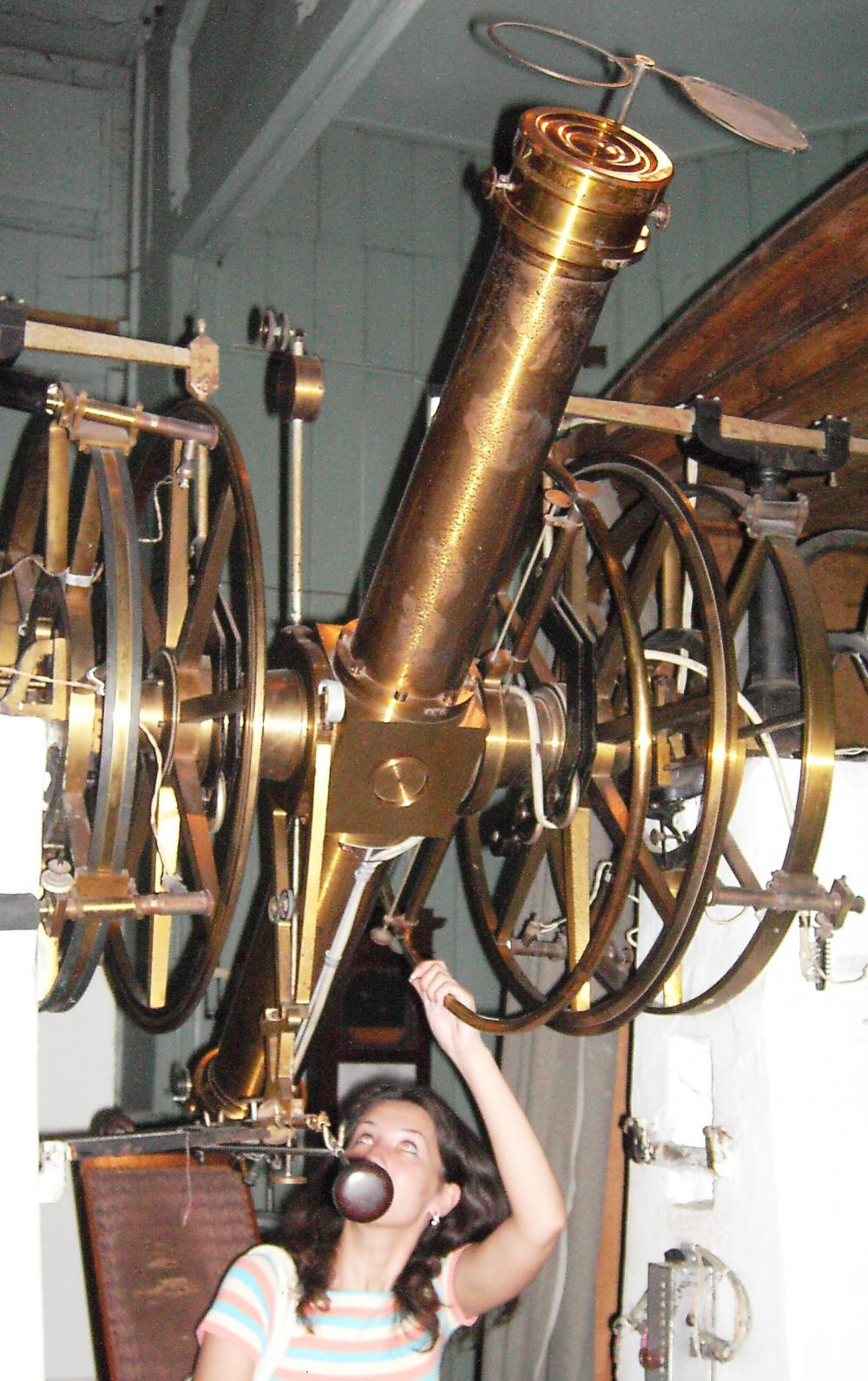 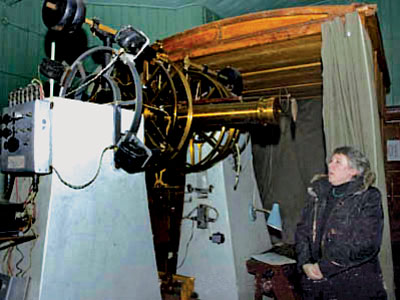 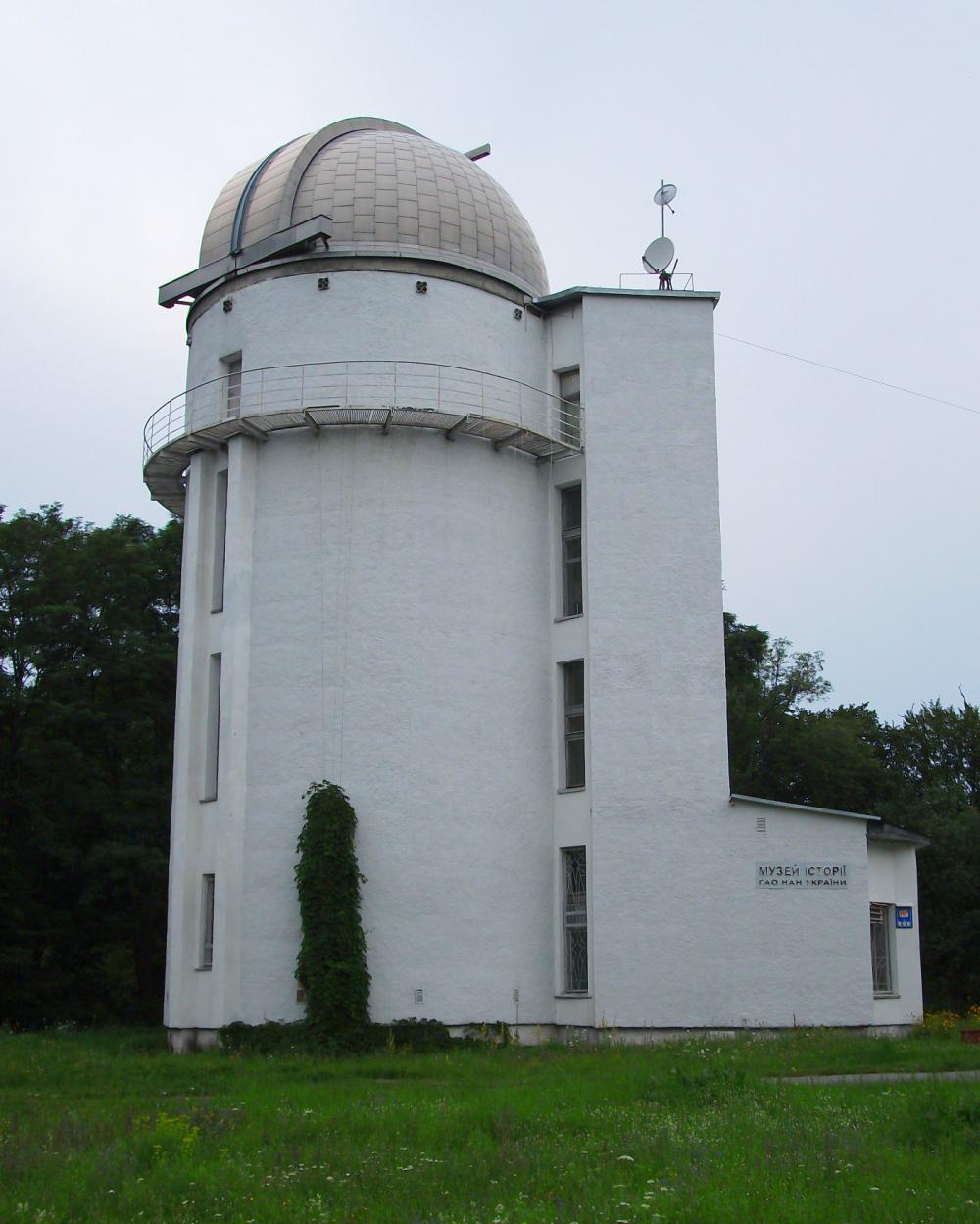 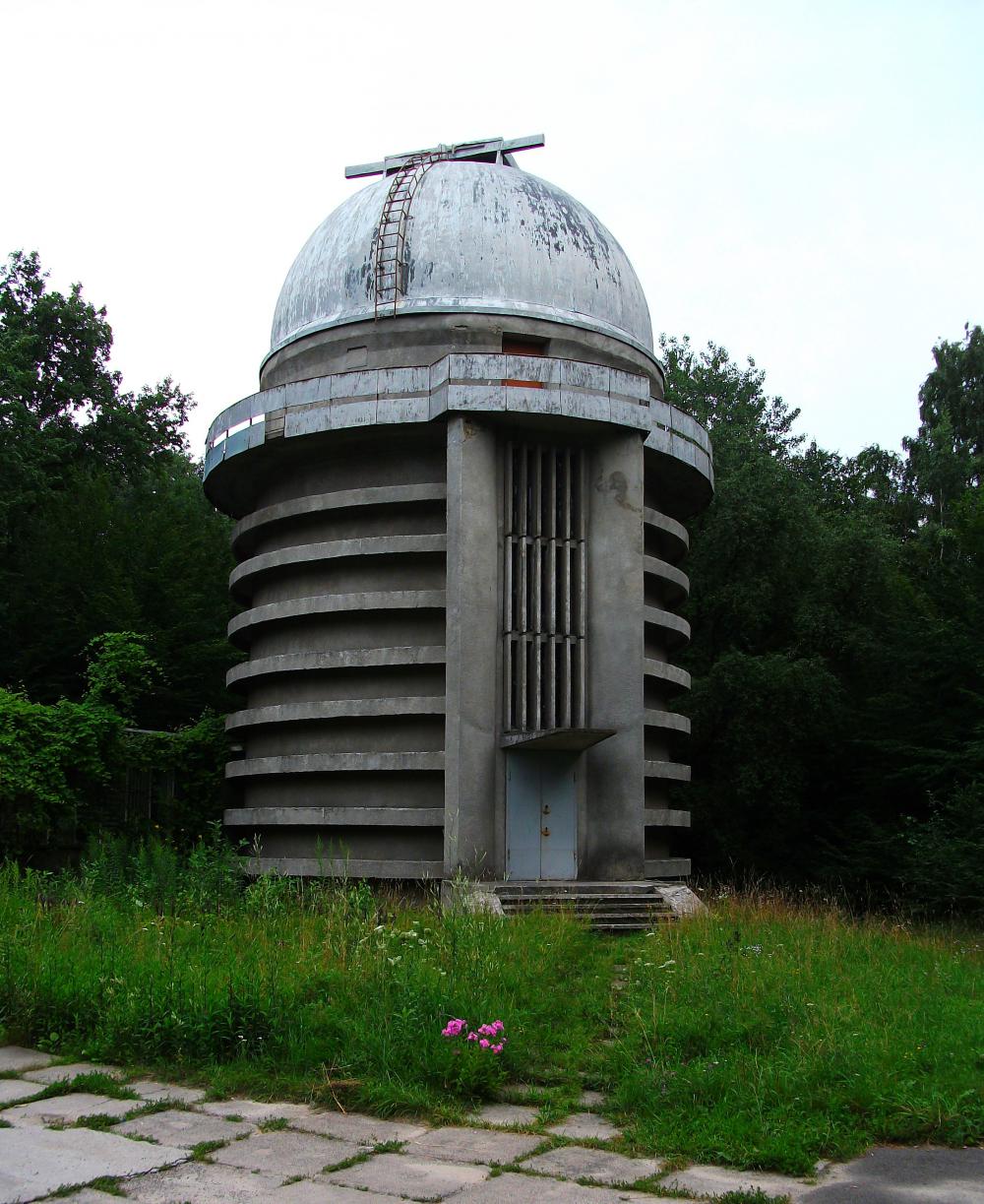 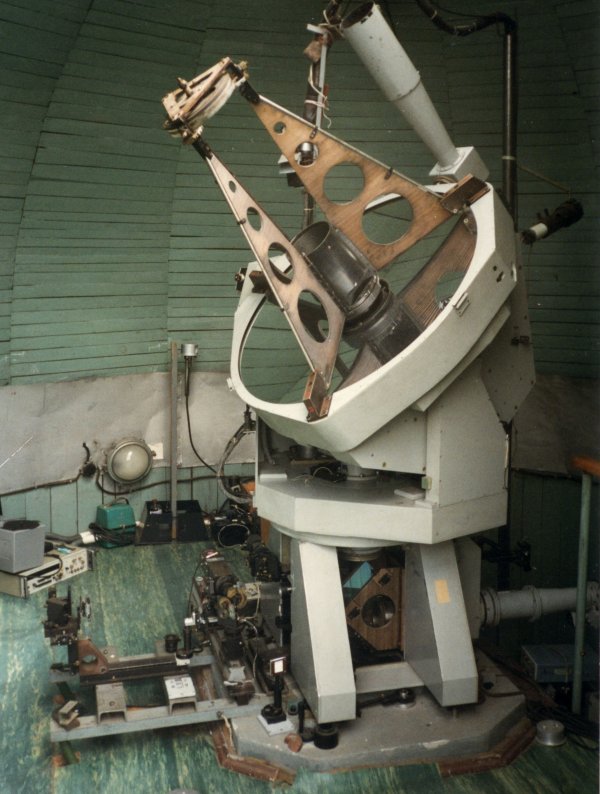 Instruments of the high-altitude astrophysical observation station on Mt. Terskol (1970/74) 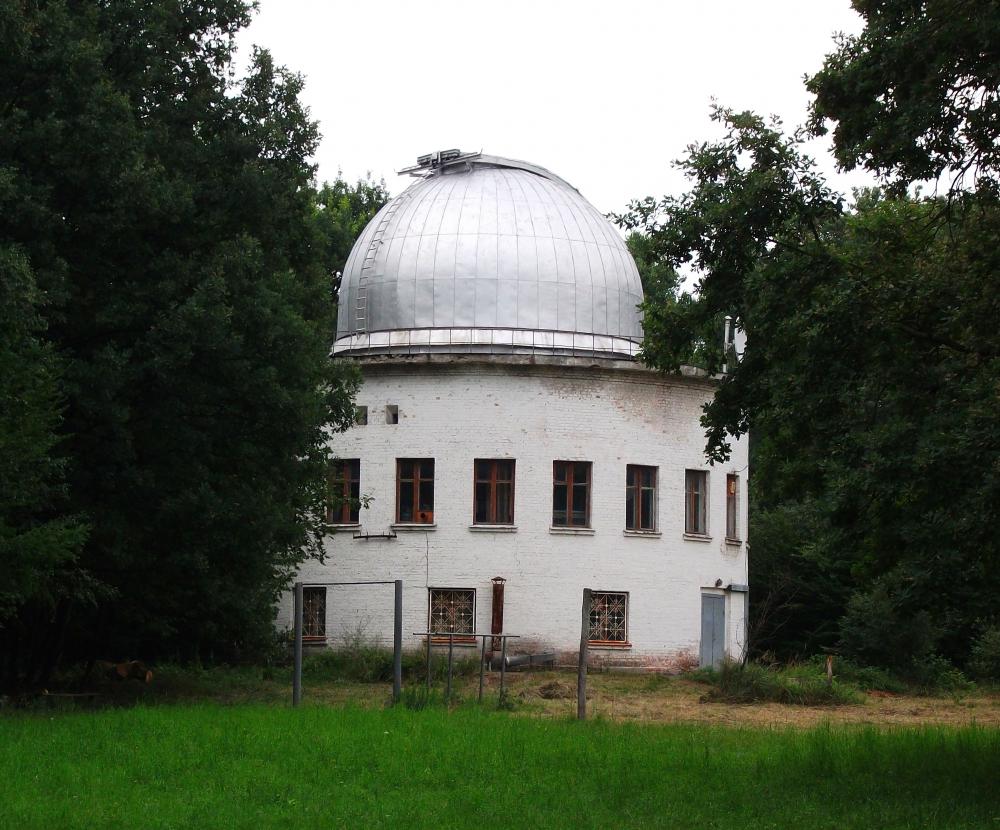 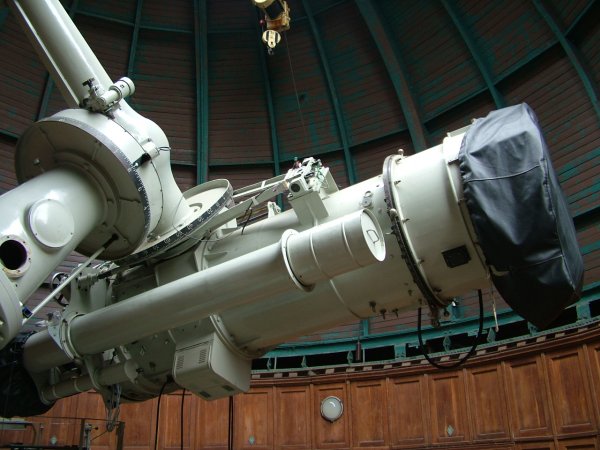 "The telescopes and facilities of the Terskol Observatory, situated 3100m above the sea level in the Northern Caucasus, are presented briefly. The main instrument is a 2-m RCC telescope, equipped with a UBVRI CCD-based photometric complex, spectrograph and Echelle spectrometer. Two small telescopes are in use, too: a 60-cm photometric telescope and a 65-cm solar telescope." (Sergeev & Tarady, 2007). 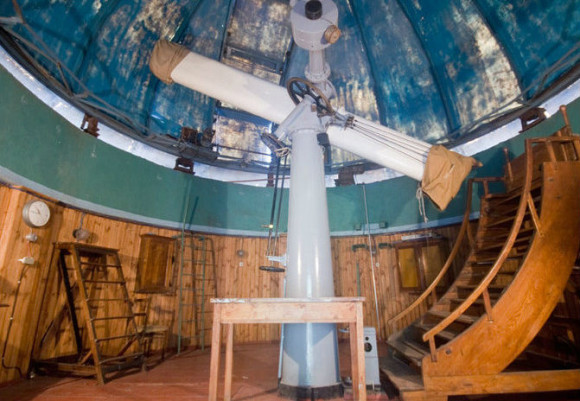 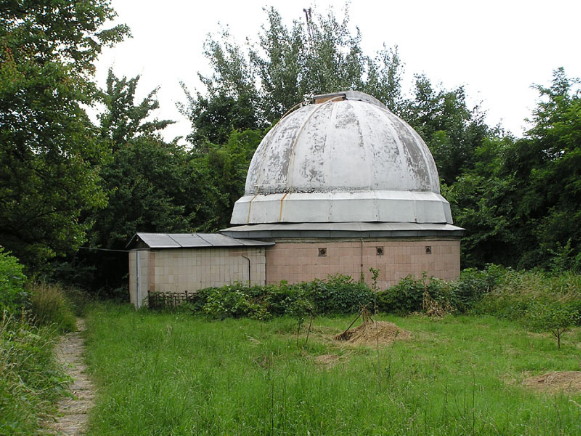 Fig. 8b. Dome of Kiev Observatory (© Encyclopedia of Ukraine) 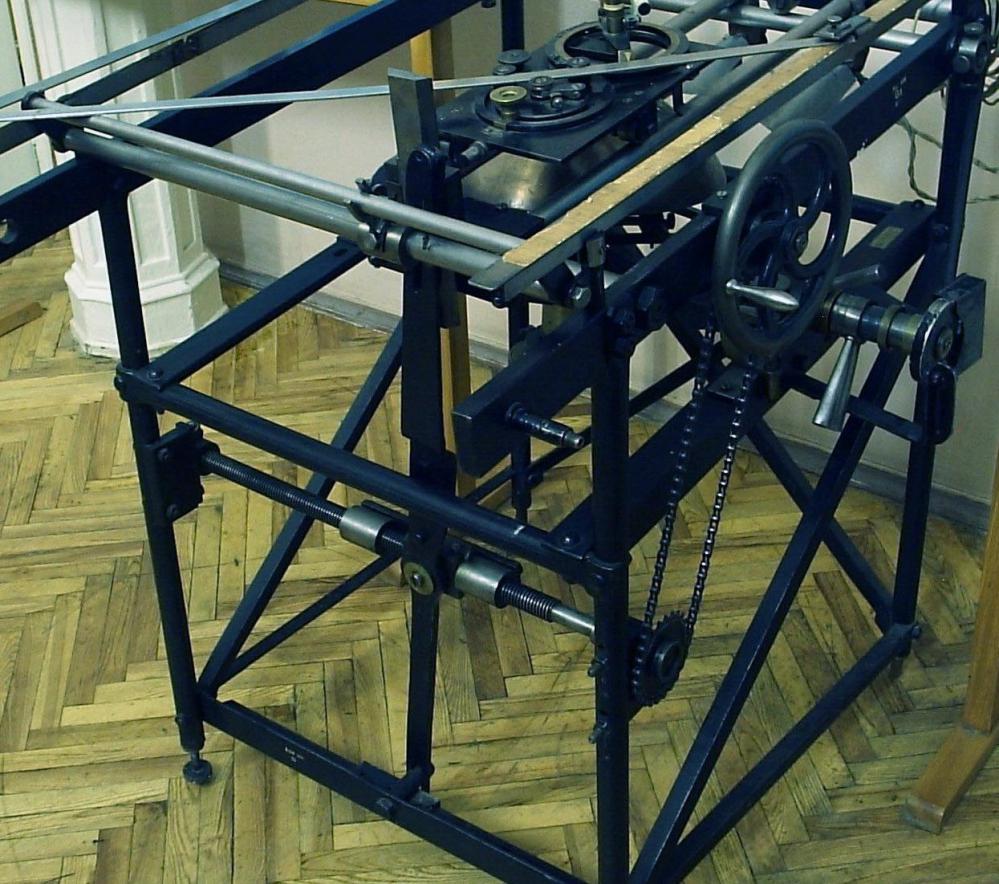 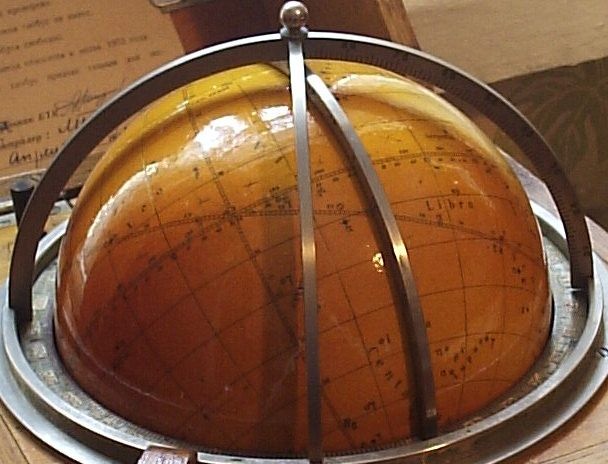 The original building of 1845 is used as Museum with a rich collection of scientific instruments.

The meridian circle served from 1873 to 1996, and is now in excellent condition in the museum.
Double Refractor Astrograph, Merz of Munich and Repsold of Hamburg (1895) is a historical monument of science & technique, registered as #433/5-Kv. 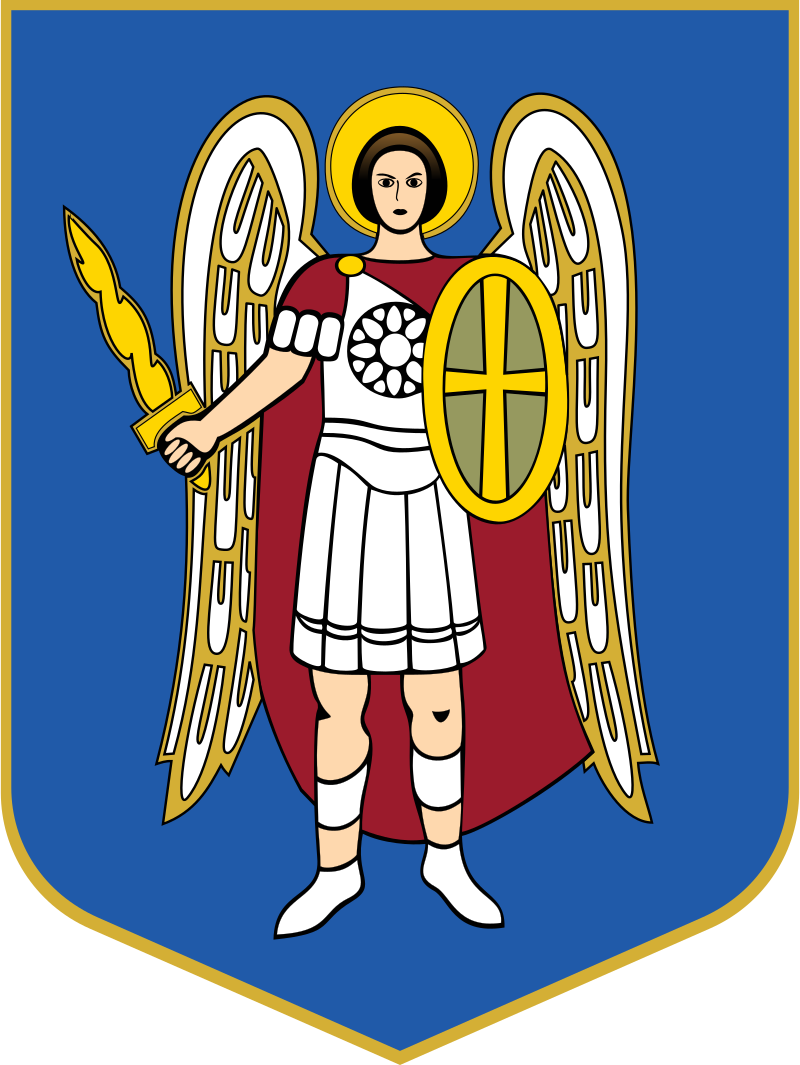 no threats, but now there is the war in Ukraine!

On the territory of the first observatory in the center of Kiev, there was created an astronomical museum with scientific archives and a collection of astronomical instruments. The exhibits are grouped by area of research.
The new observatory has the following three topics of research: 1. astrophysics, radio astronomy, 2. heliophysics and physics of the solar system, 3. remote aerospace research. 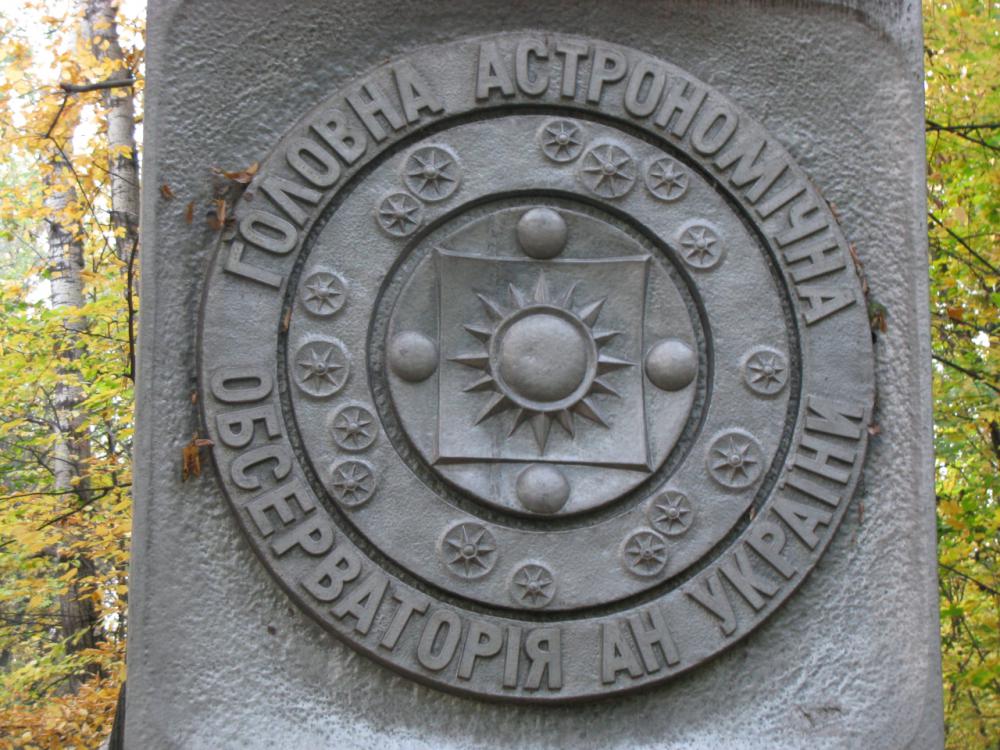 Fig. 9. Entrance to the Main Astronomical Observatory of the National Academy of Sciences of Ukraine (MAO NAS) (Wikipedia)

The new observatory, the Main Astronomical Observatory of the National Academy of Sciences of Ukraine (MAO NAS), Holosiivska (Golosiiv) forest, built in 1944, is used for solar physics,  astrophysics, and space research.

In the astrophysical branch observatory on Mt. Terskol (3100m), Elbrus in Caucasus Mountains, built in 1970, there is a 2-m-Reflector of the RCC telescope in a 20-m-dome and a small 60-cm-Reflector. 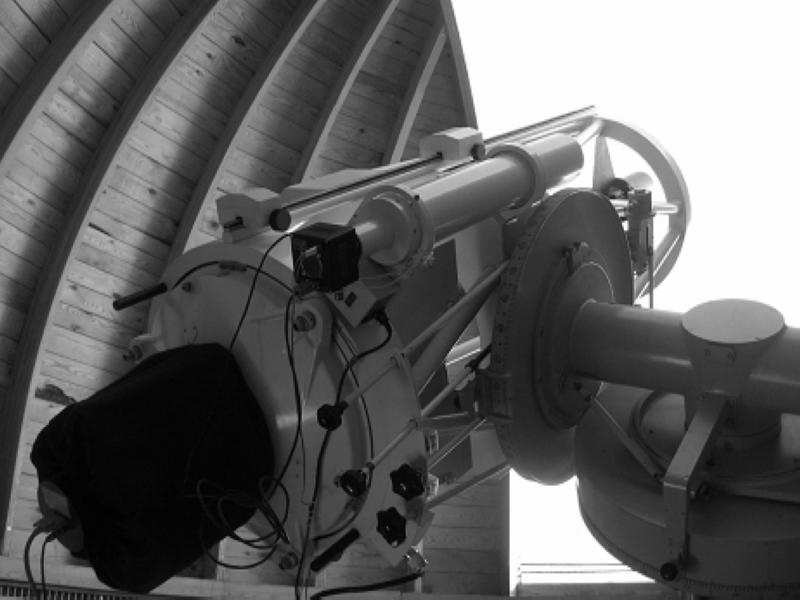 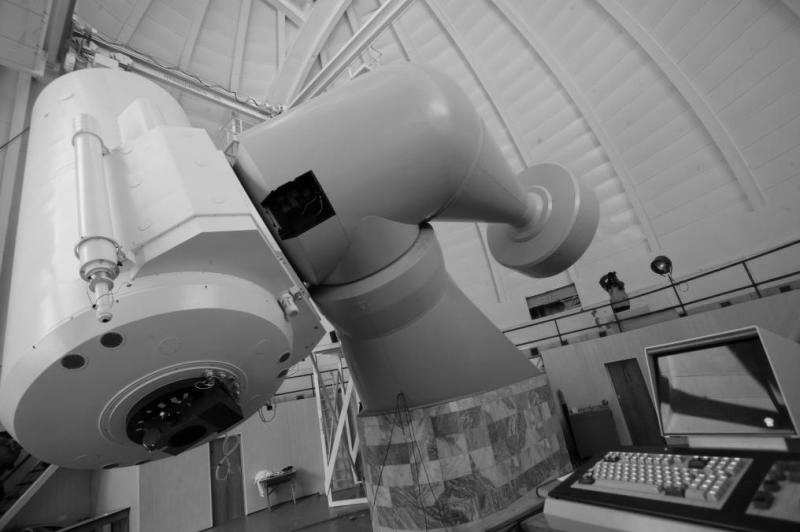 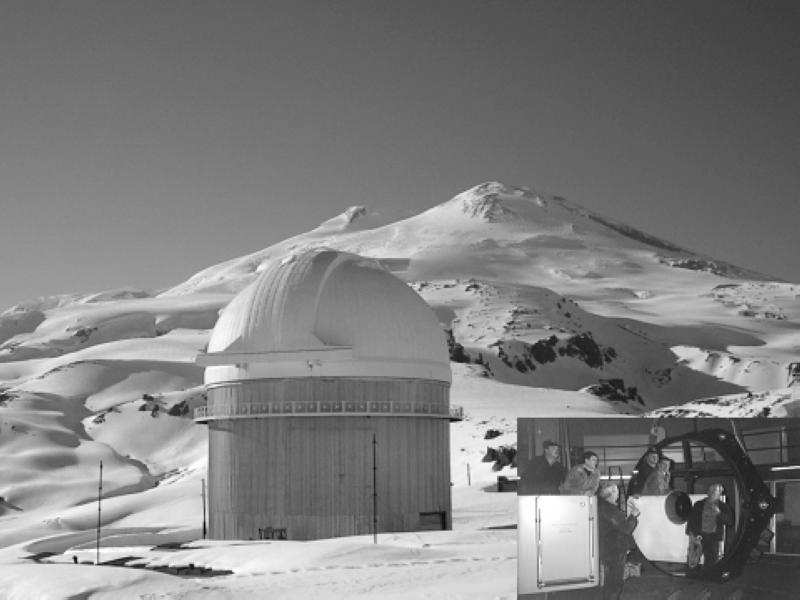 Fig. 9c. Mt. Terskol Observatory with the dome of the 2-m-Reflector of the RCC telescope (MAO NAS)