Foundation of the Mathematical Tower (1791)

The University of Breslau (today Wrocław) was originally a Jesuit college, founded in 1702 when Silesia was still owned by the Habsburg emperors. The construction of the baroque university building in Breslau began in 1728 (until 1739) on the Southern bank of the Oder. The Jesuit brother Christoph Tausch made probably the plans for the building because he had already gained experience in Bohemia (Müller 1992).

The Jesuit observatory was founded as an institution in 1732. The professor of mathematics Christoph Heinrich in the years 1702 to 1715 already determined the geographical coordinates of Wrocław, and professors Franz Geissle and Joseph Wache in 1764 conducted observations of the solar eclipse. 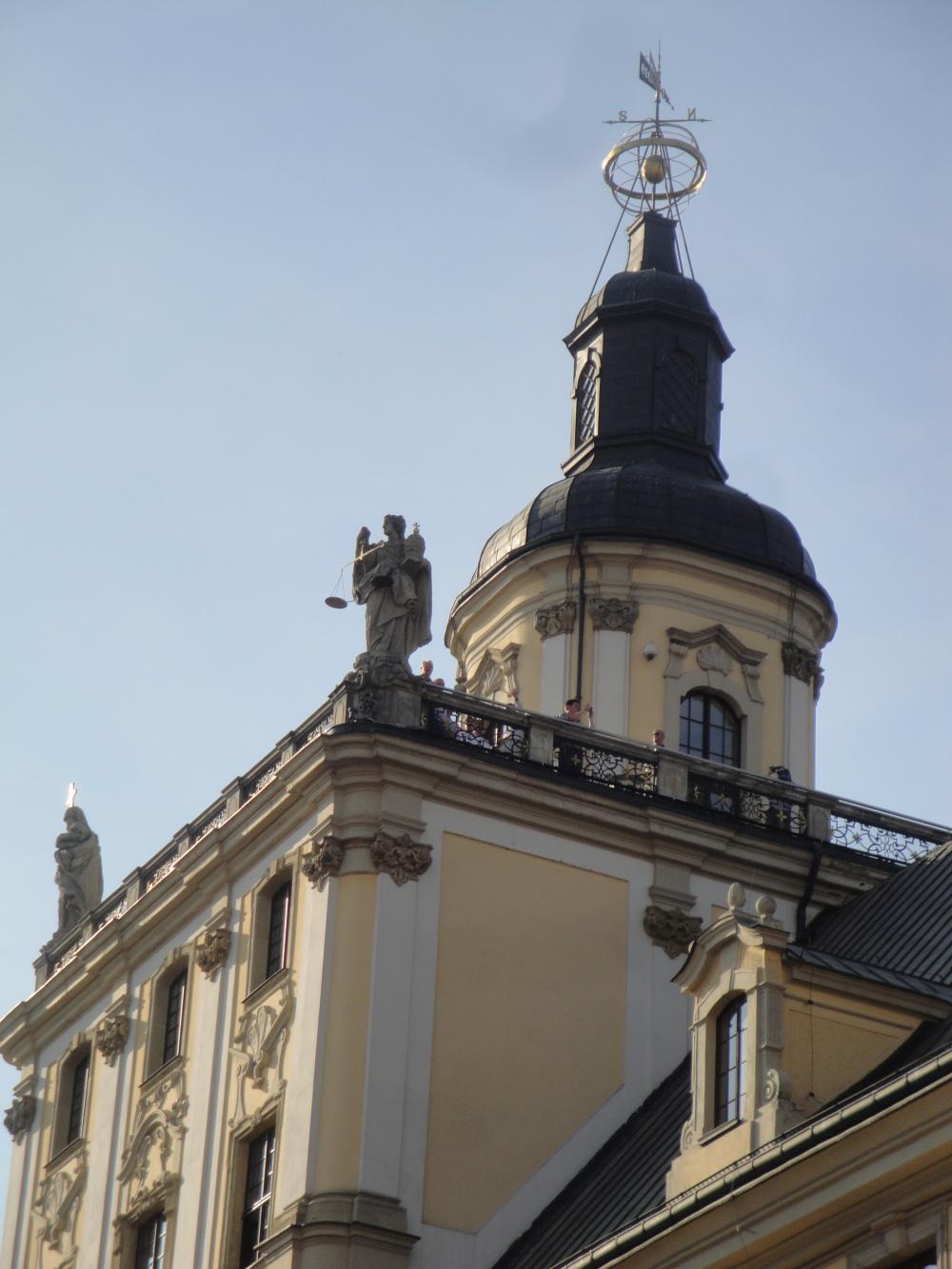 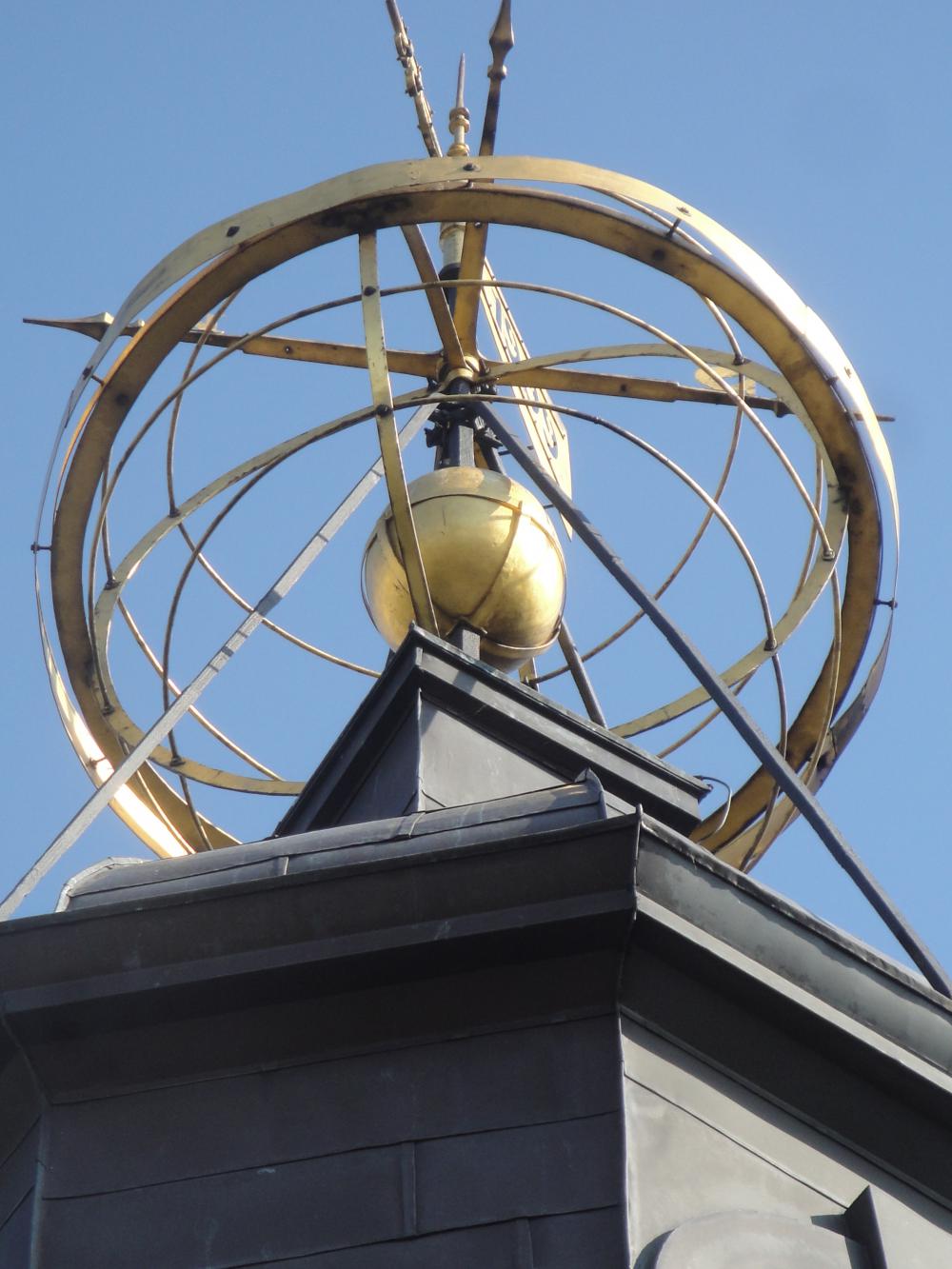 However, the birth of academic astronomy, the University of Breslau (Wrocław), owes only to Professor Longinus Anton Jungnitz (1764--1831), who in the years 1790--1791 established the Astronomical Observatory in the so-called Mathematical Tower at the top of University’s Main Building, in which he marked a meridian line. Obviously the tower of the Clementinum in Prague was the model for the so-called Mathematical Tower here in Wrocław, because this is, like there, the outstanding component of the entire university building. The rather large terrace around the top floor of the tower was an advantage in Wrocław. The entire construction was carried out by Johann Blasius Peintner (1673--1732). 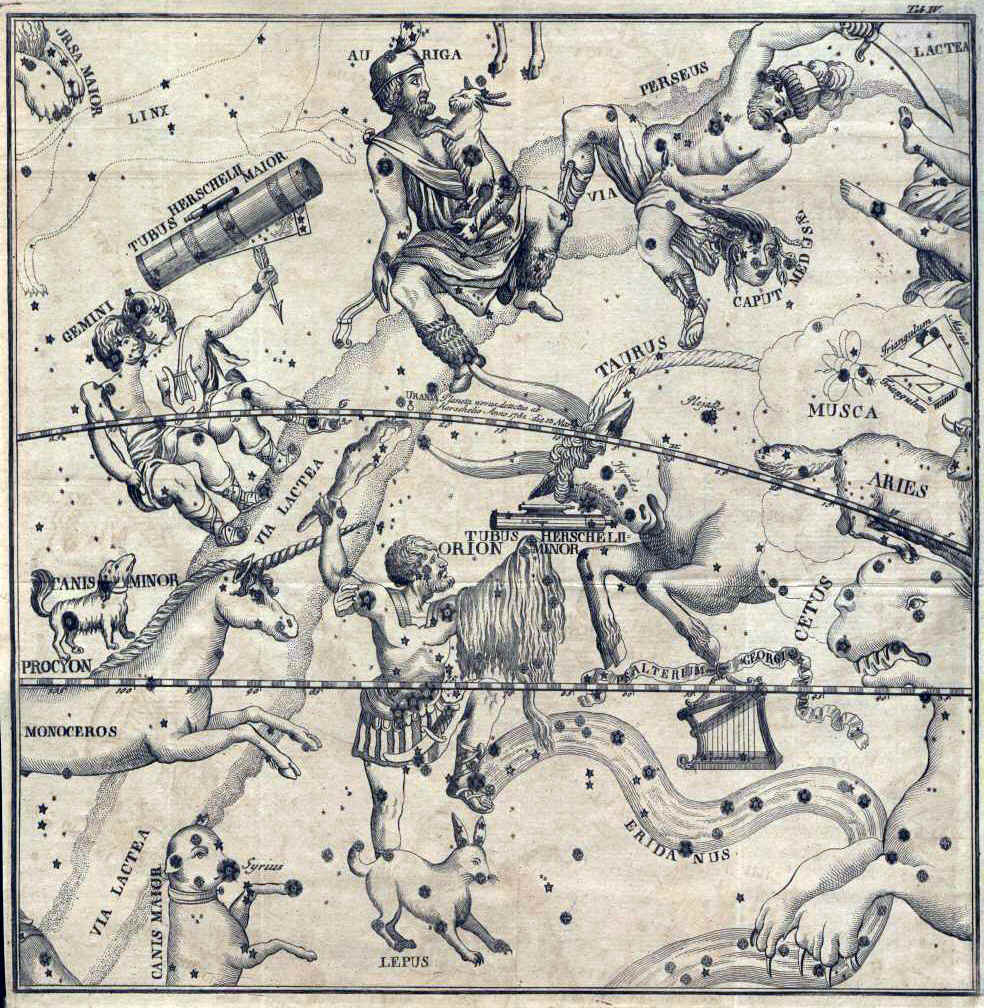 After the secularization of the Jesuit Order and the merger of Wrocław’s Leopoldina with the Frankfurt/Oder Viadrina in 1811, and the establishment of the Royal University of Wrocław, Jungnitz remained a lecturer at the Wrocław university, and even rector from 1815 to 1816. 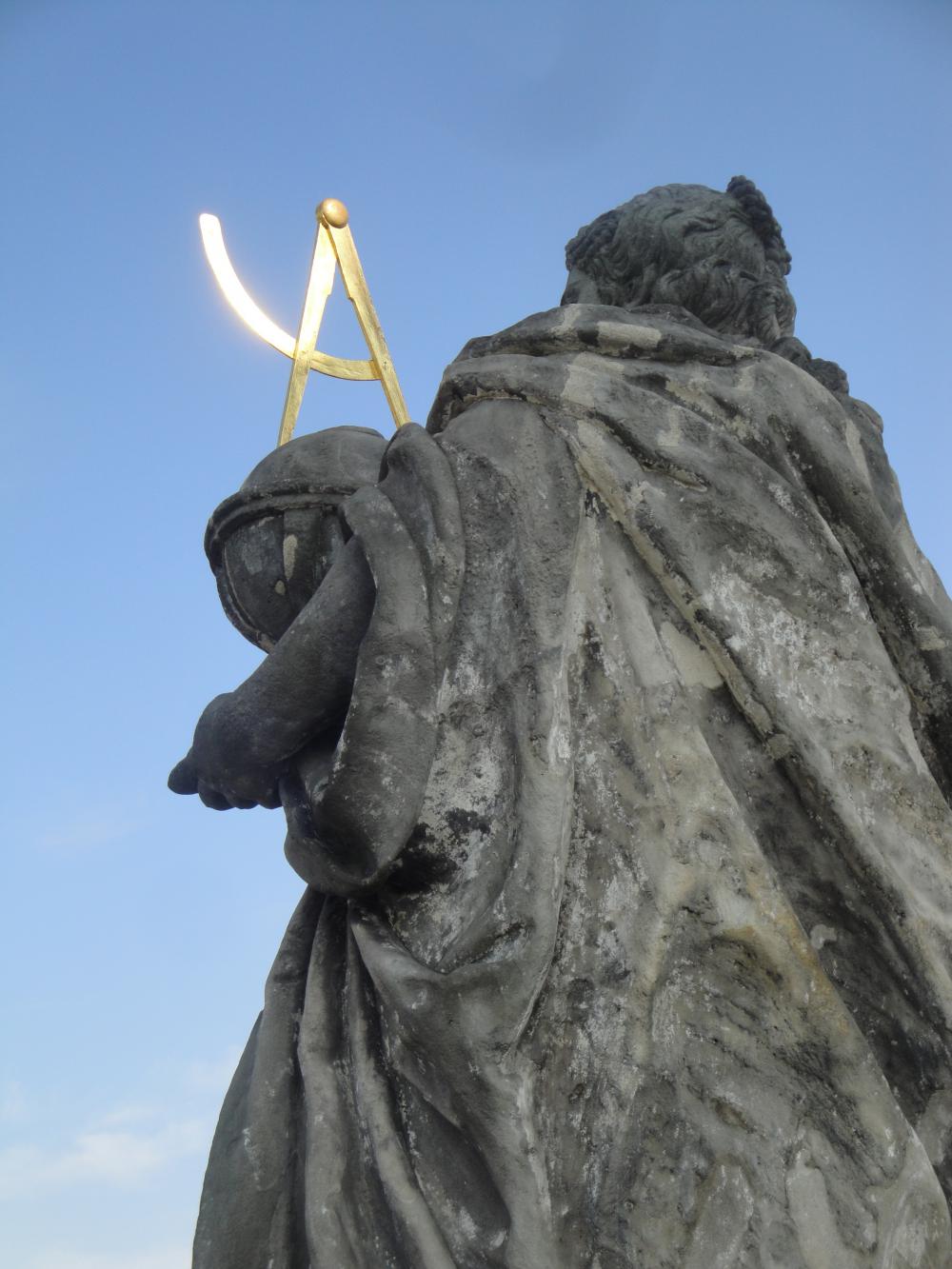 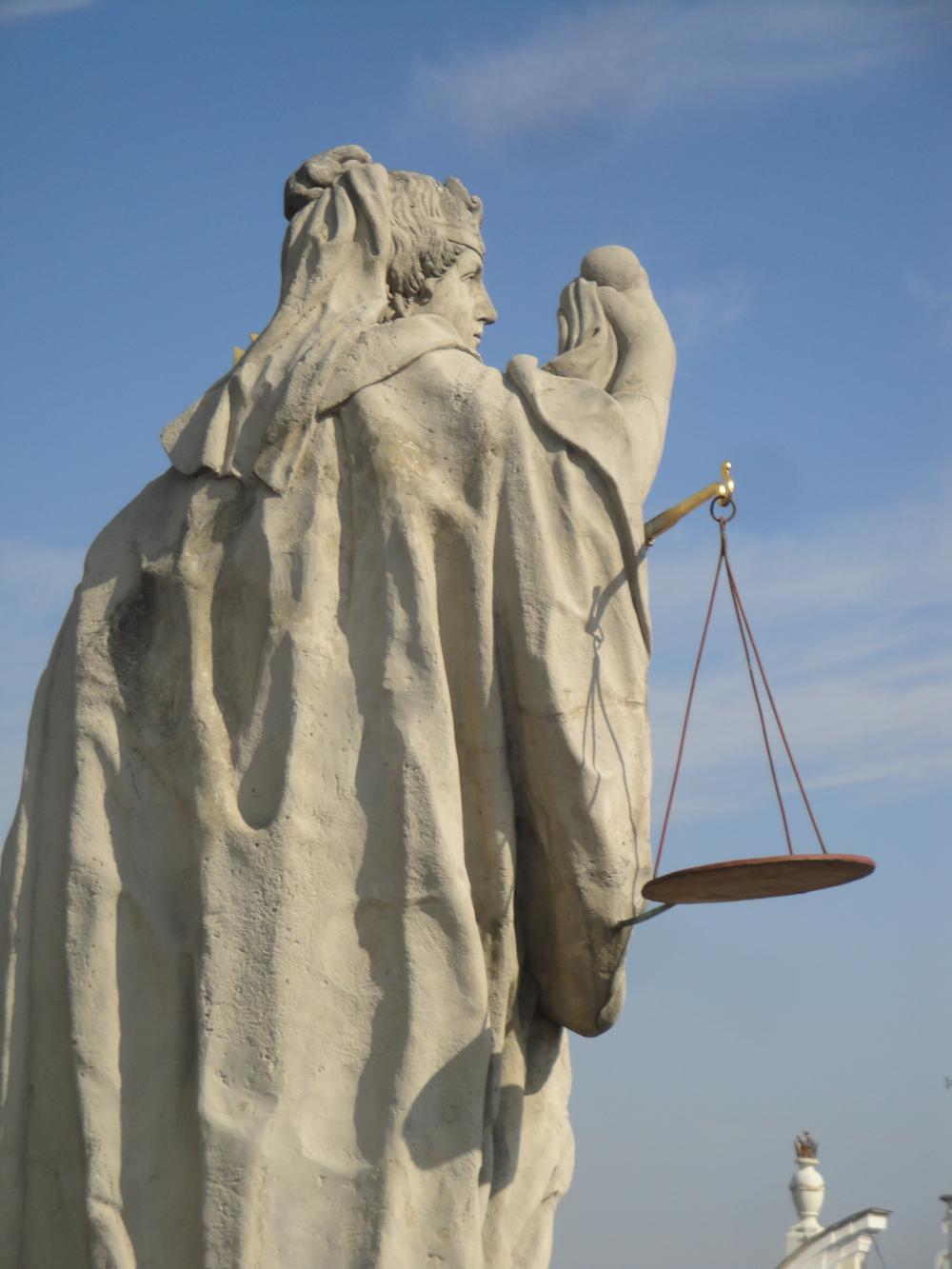 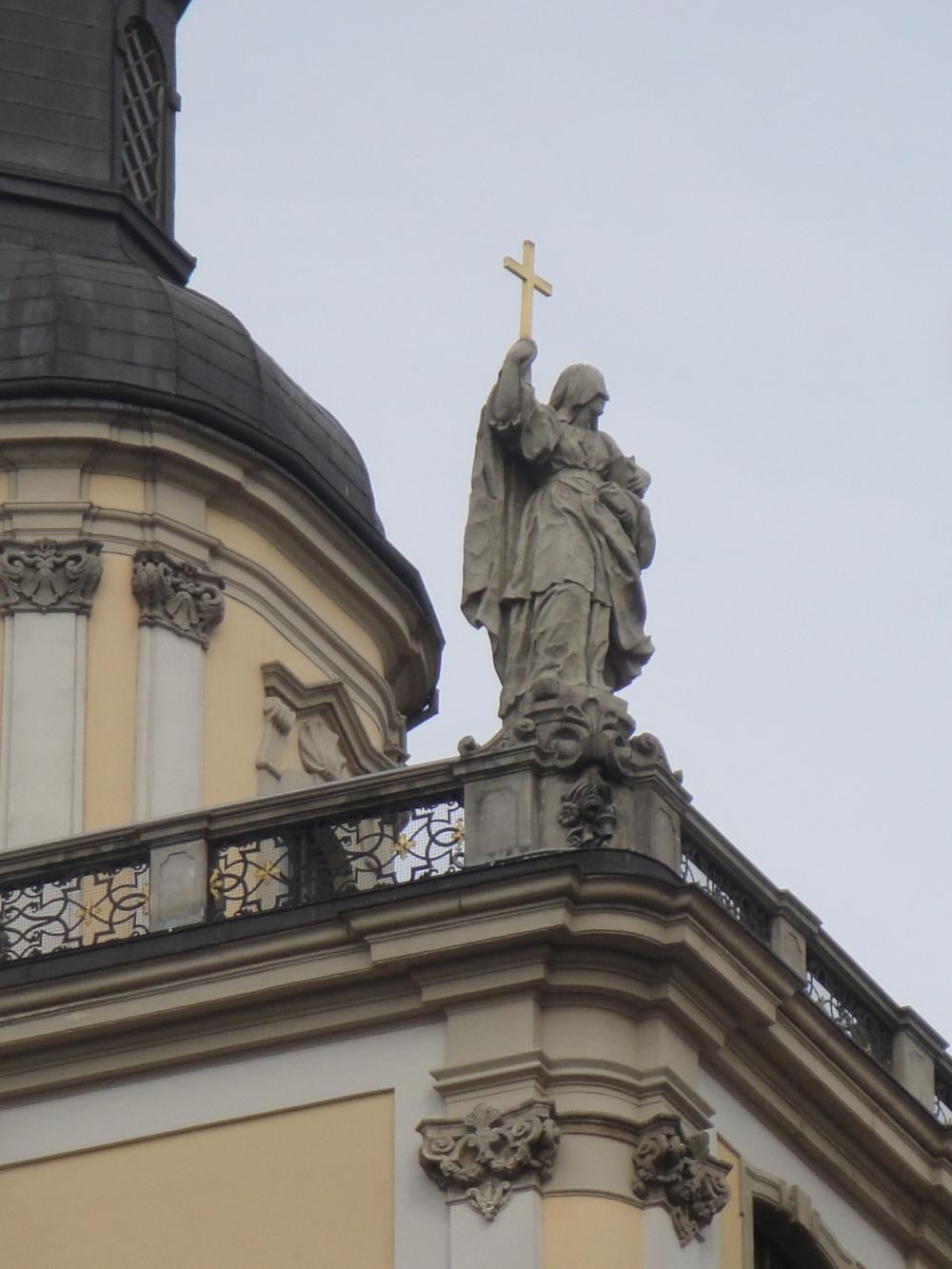 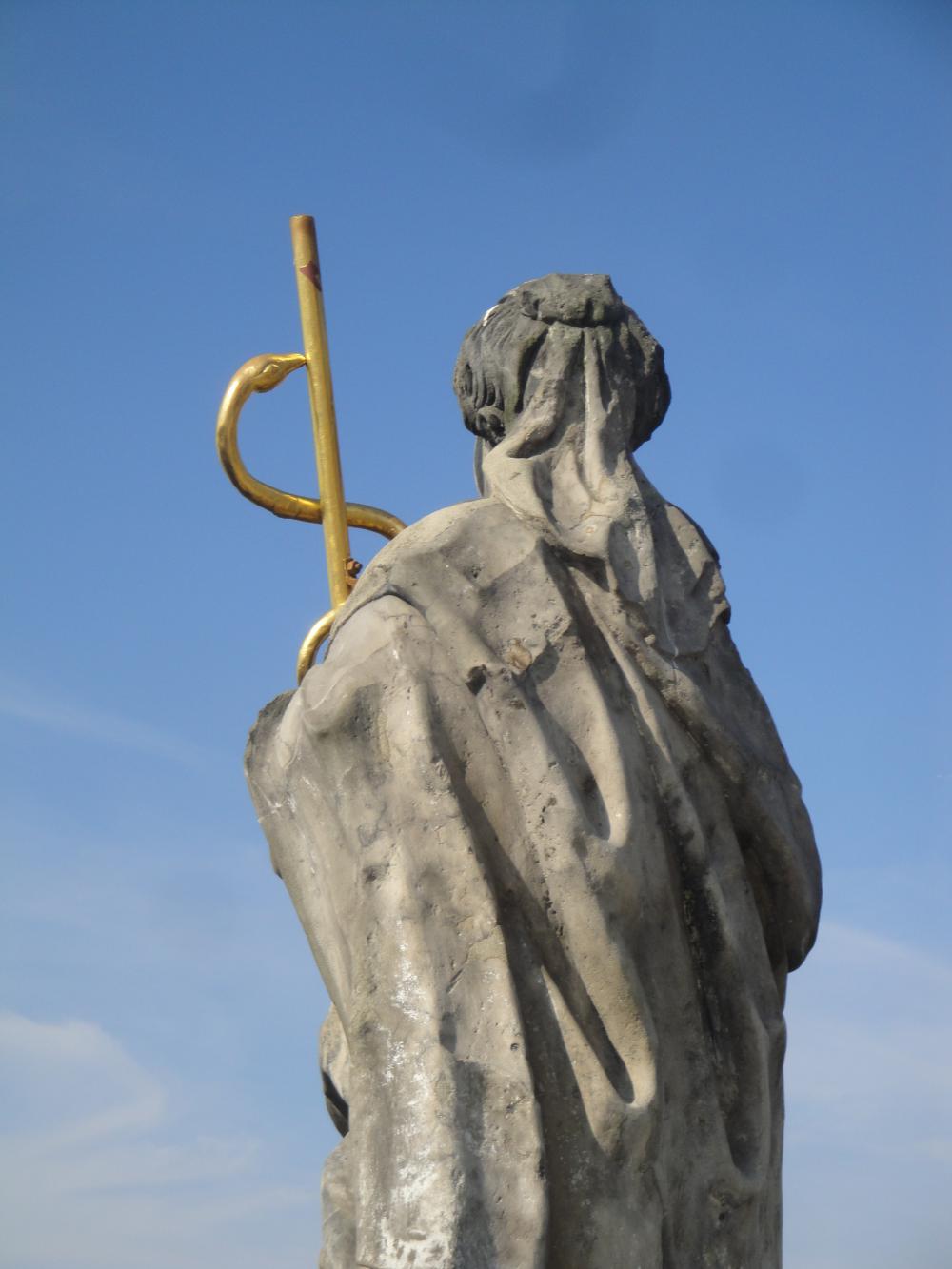 Development in the 19th and early 20th centuries

In the following years, the Observatory was managed by: 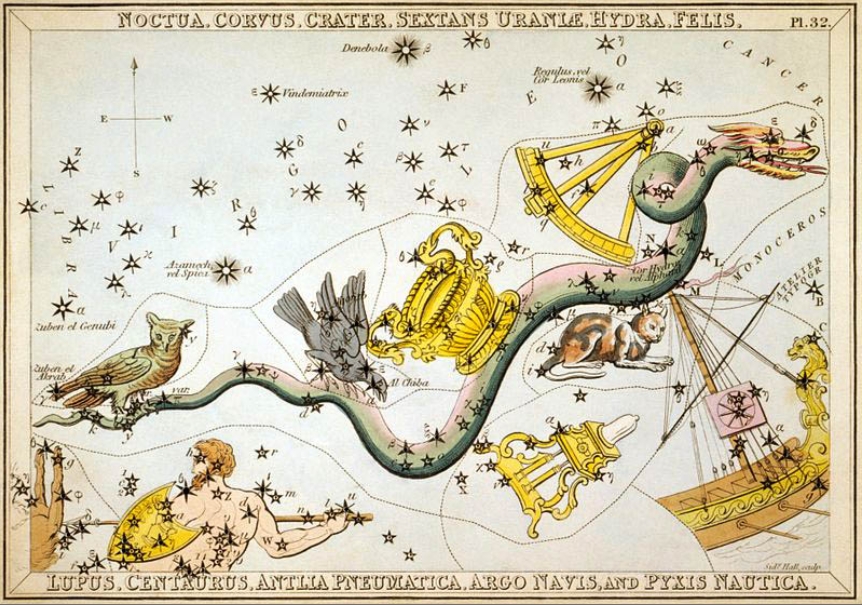 Fig. 5a. Crater constellation in the Southern sky, where Boguslawski discovered his comet in 1835 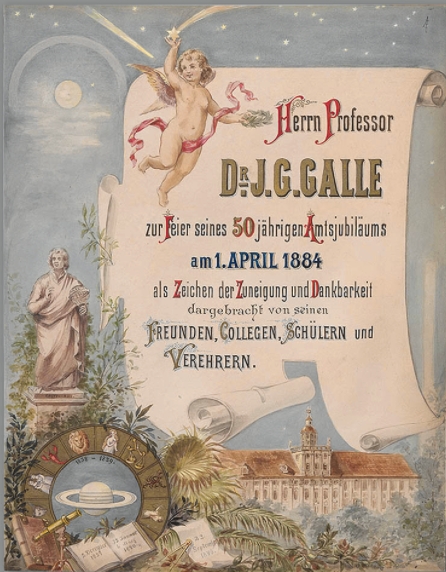 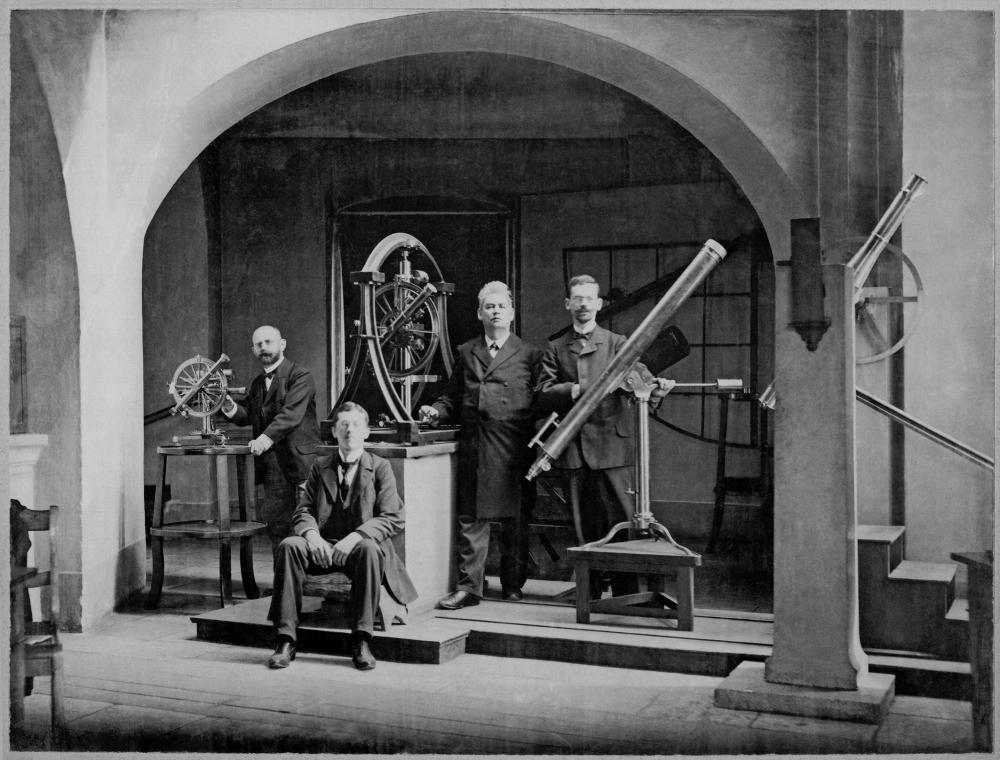 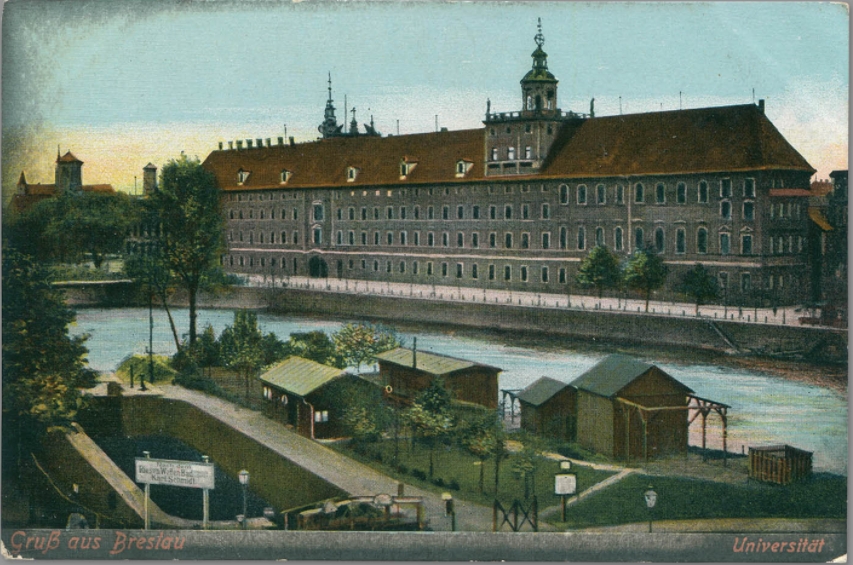 Fig. 5d. Pavilions for the instruments on Śluz Island, in the foreground the lock, behind the Oder river the University building with the Mathematical Tower (University Museum Wrocław) 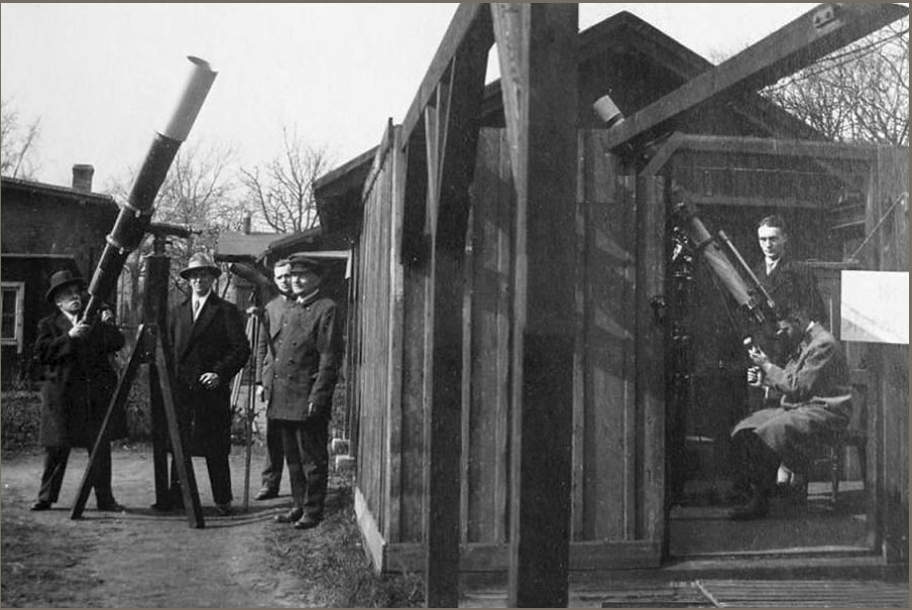 In 1927, a new observatory was built on the eastern border of the city, see Wrocław Observatory. 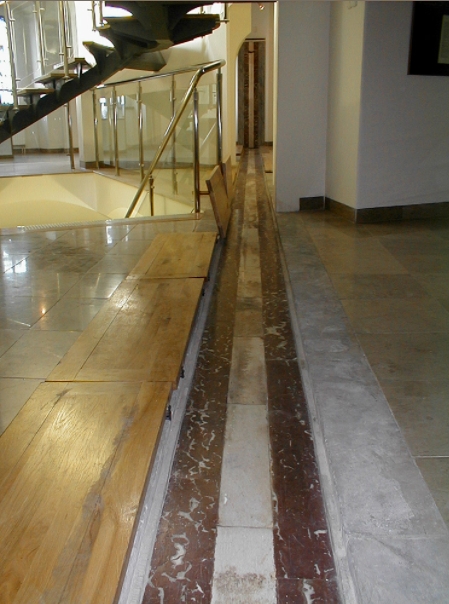 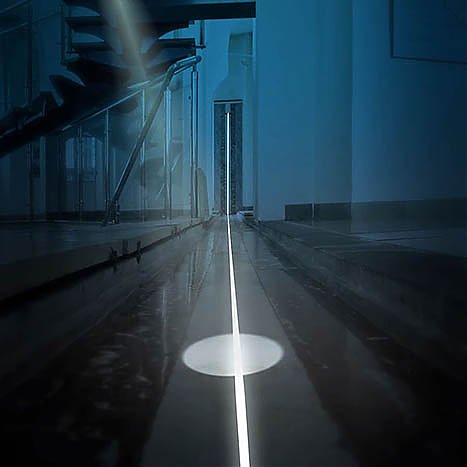 With small instruments at its disposal, the Observatory specialized in those years in geodetic astronomy, meteorology, observations of comets and meteors, photometry of planets and asteroids, and the preparation of celestial maps. 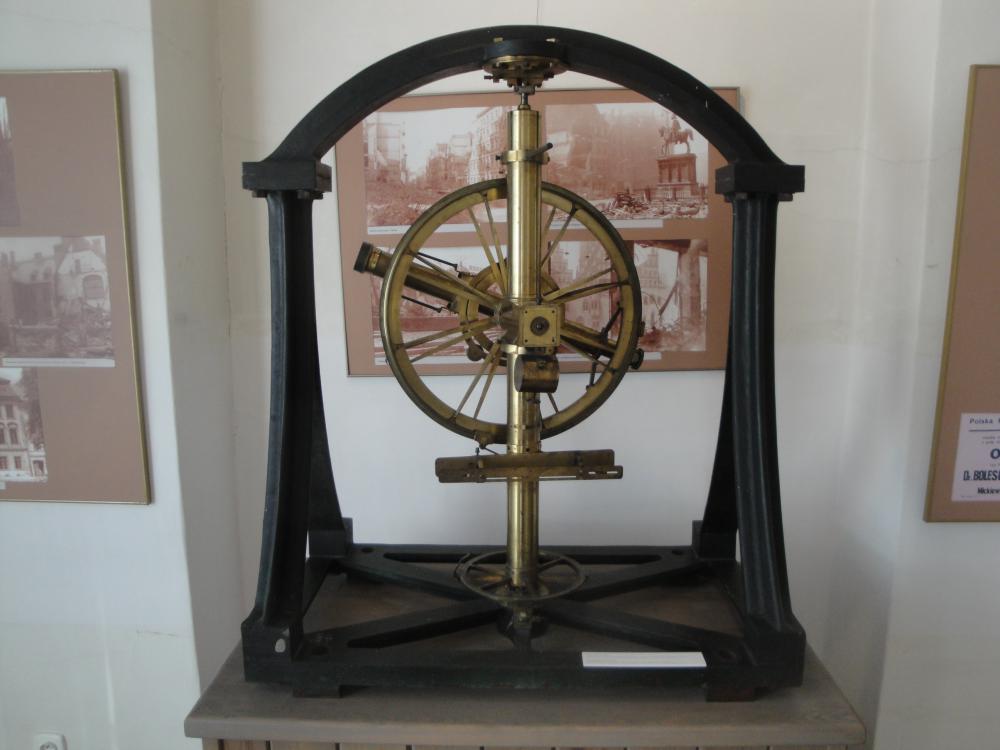 These instruments, including the Fraunhofer heliometer were installed in a pavilion on the Śluz Island. 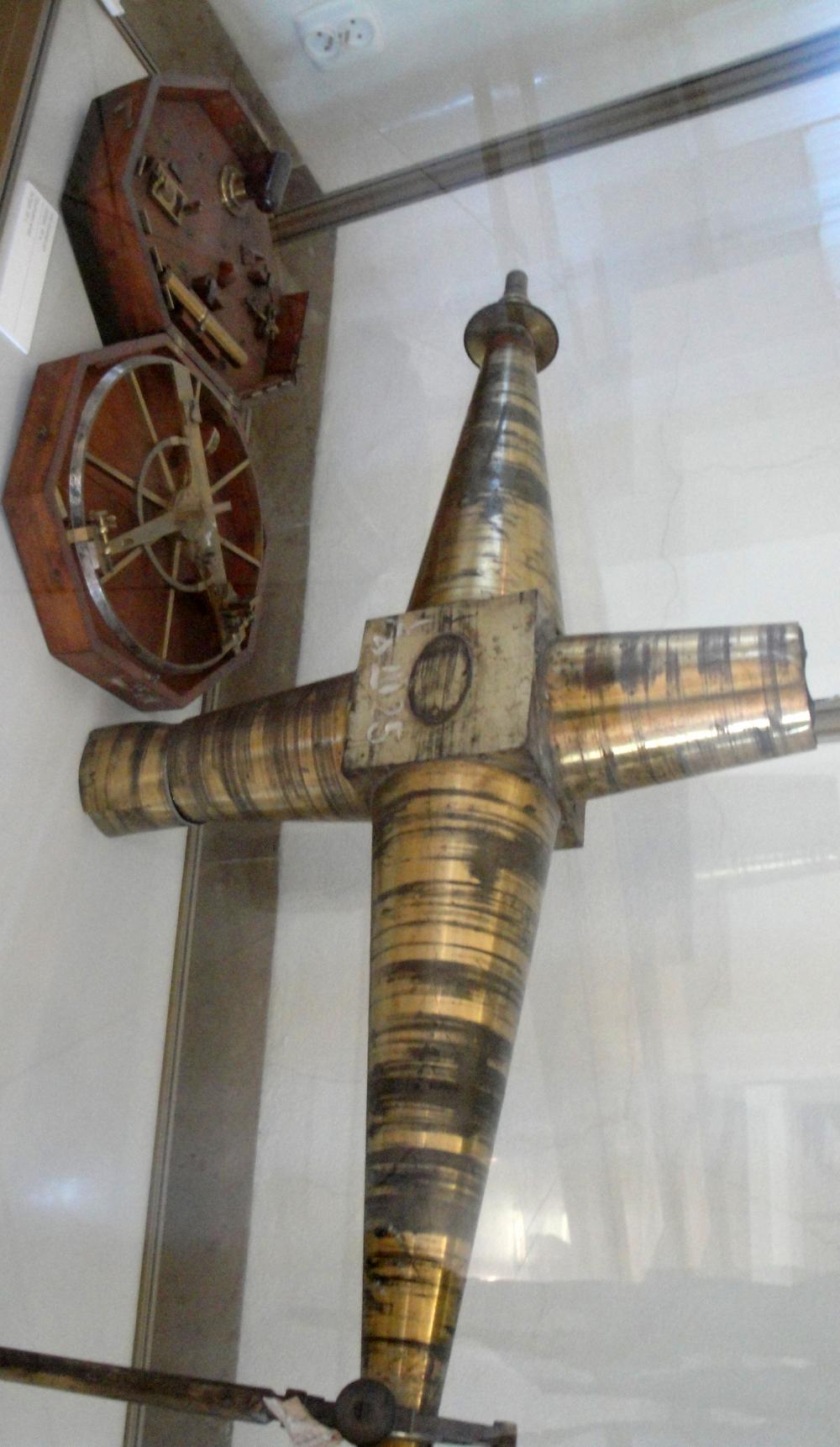 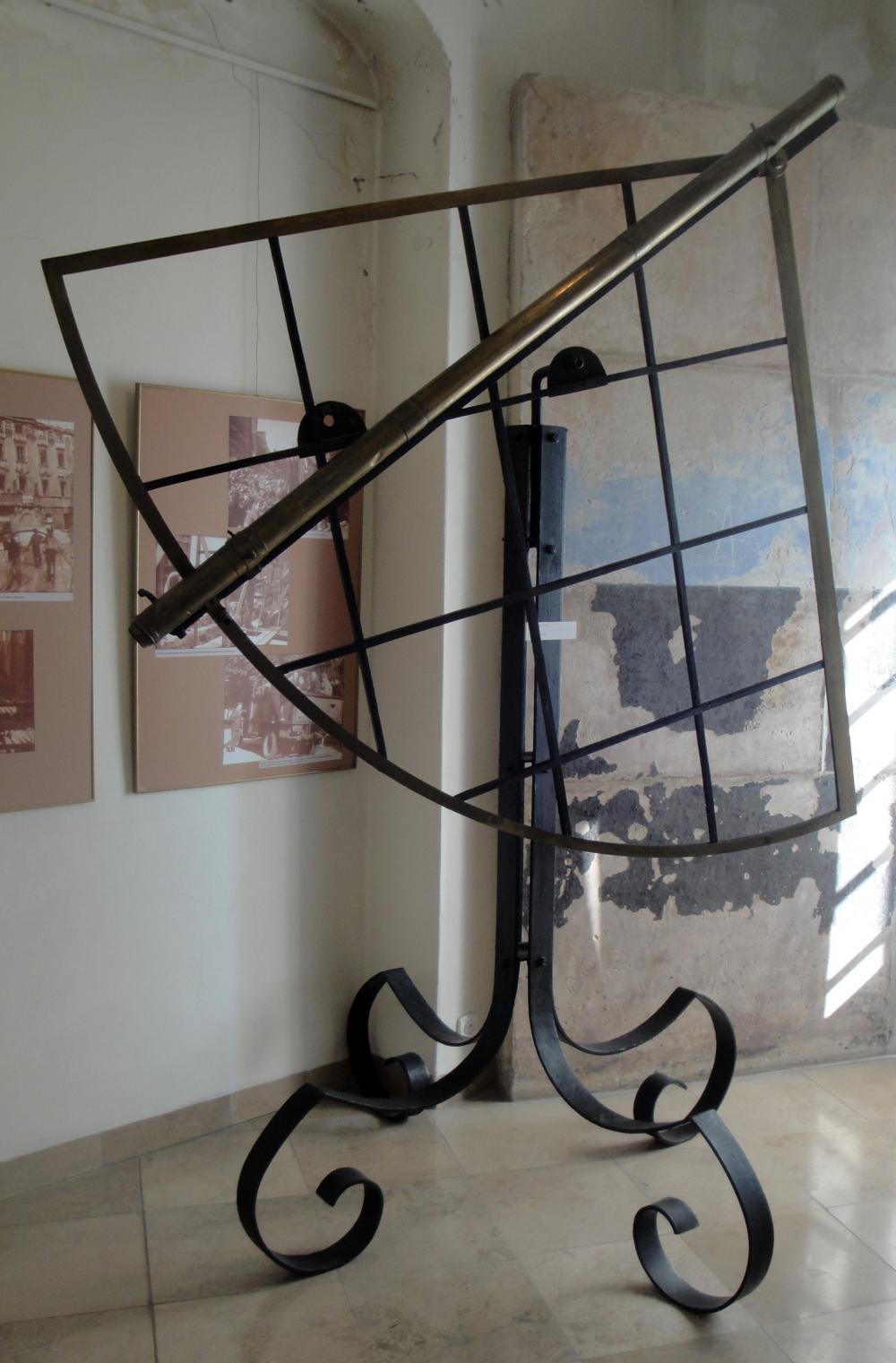 The Mathematical Tower is in good condition, but unfortunately the gnomon hole of the meridian line, constructed by Longinus Anton Jungnitz in 1791, has not been preserved. 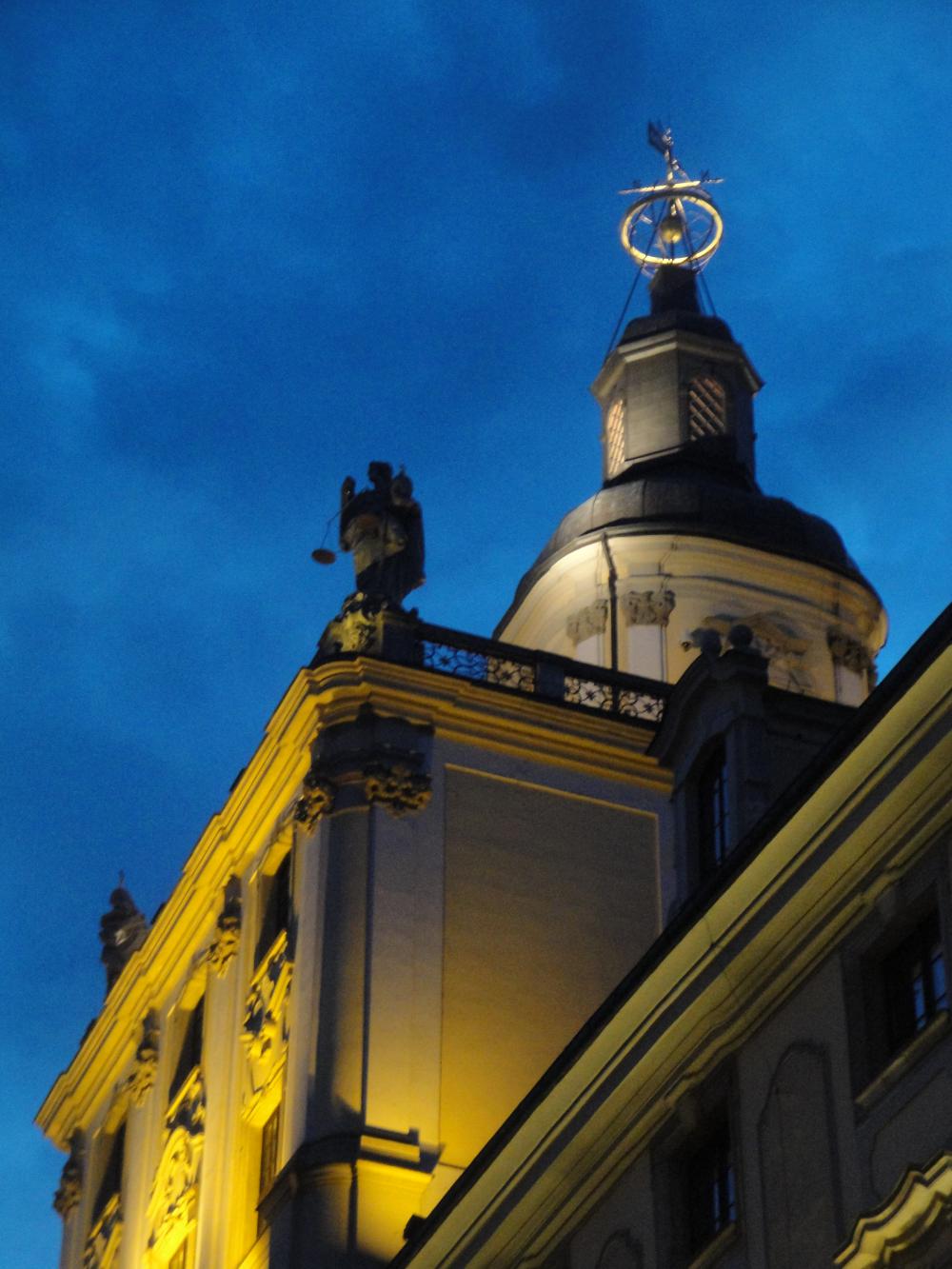 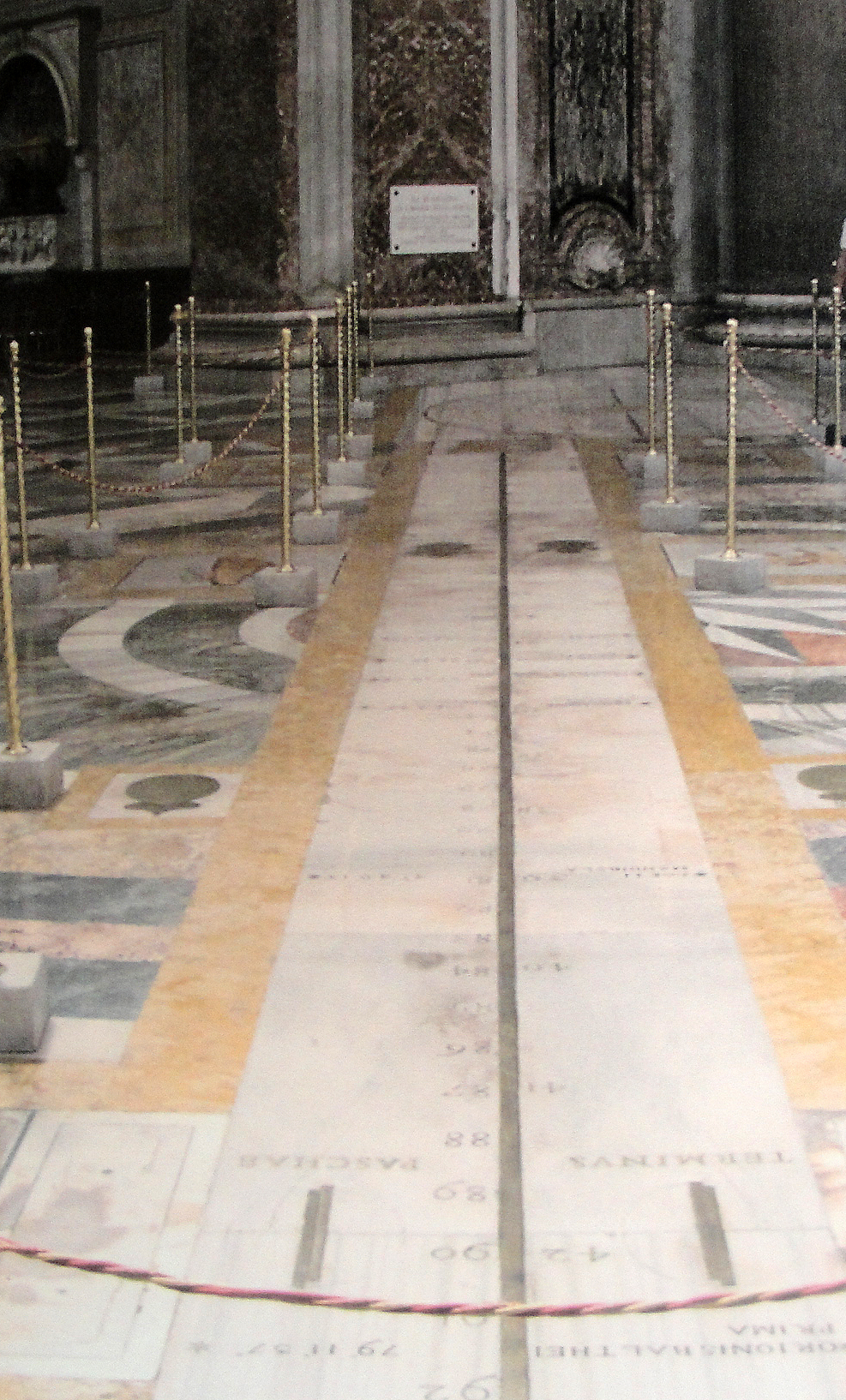 Fig. 9a. Meridian line in Santa Maria degli Angeli in Rome, because I have no good photo of the Meridian line in the Mathematical Tower in Breslau, Longinus Anton Jungnitz (1791), (Photo: Gudrun Wolfschmidt) 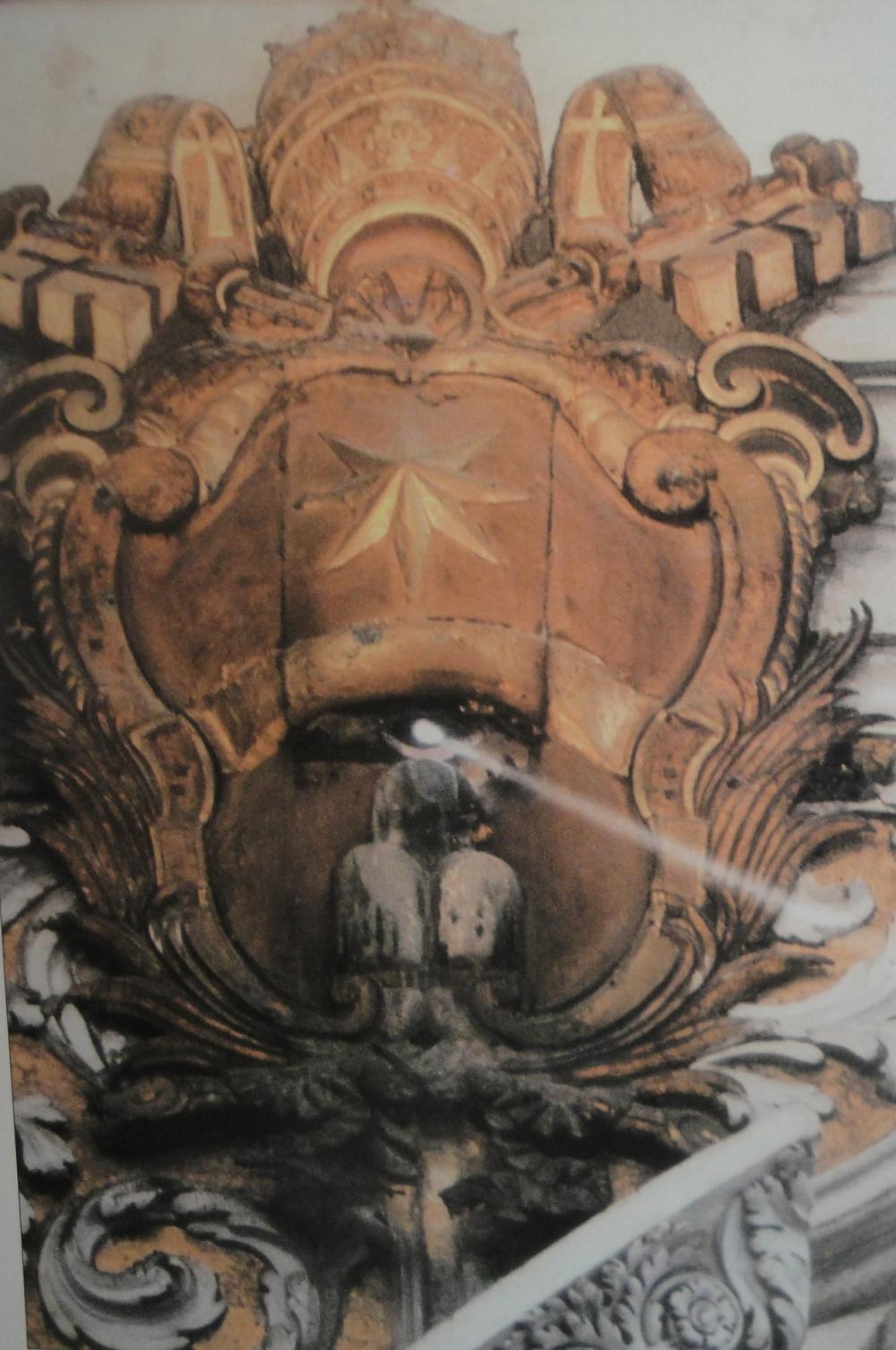 Meridian lines can be found mainly in churches:
Cathedrals as Solar Observatories -- "beauty and utility"
"Between 1650 and 1750, four Catholic churches were the best solar observatories in the world. Built to fix an unquestionable date for Easter, they also housed instruments that threw light on the disputed geometry of the solar system, and so, within sight of the altar, subverted Church doctrine about the order of the universe."
John L. Heilbron: The Sun in the Church: Cathedrals as Solar Observatories Cambridge, Mass.: Harvard University Press 1999.

Meridian lines are also in some Italian observatories, museums and private buildings (Palazzo):

Museum for Astronomy of the University of Breslau (Wrocław).
In the Leopoldina Hall there are impressive Baroque wall paintings. 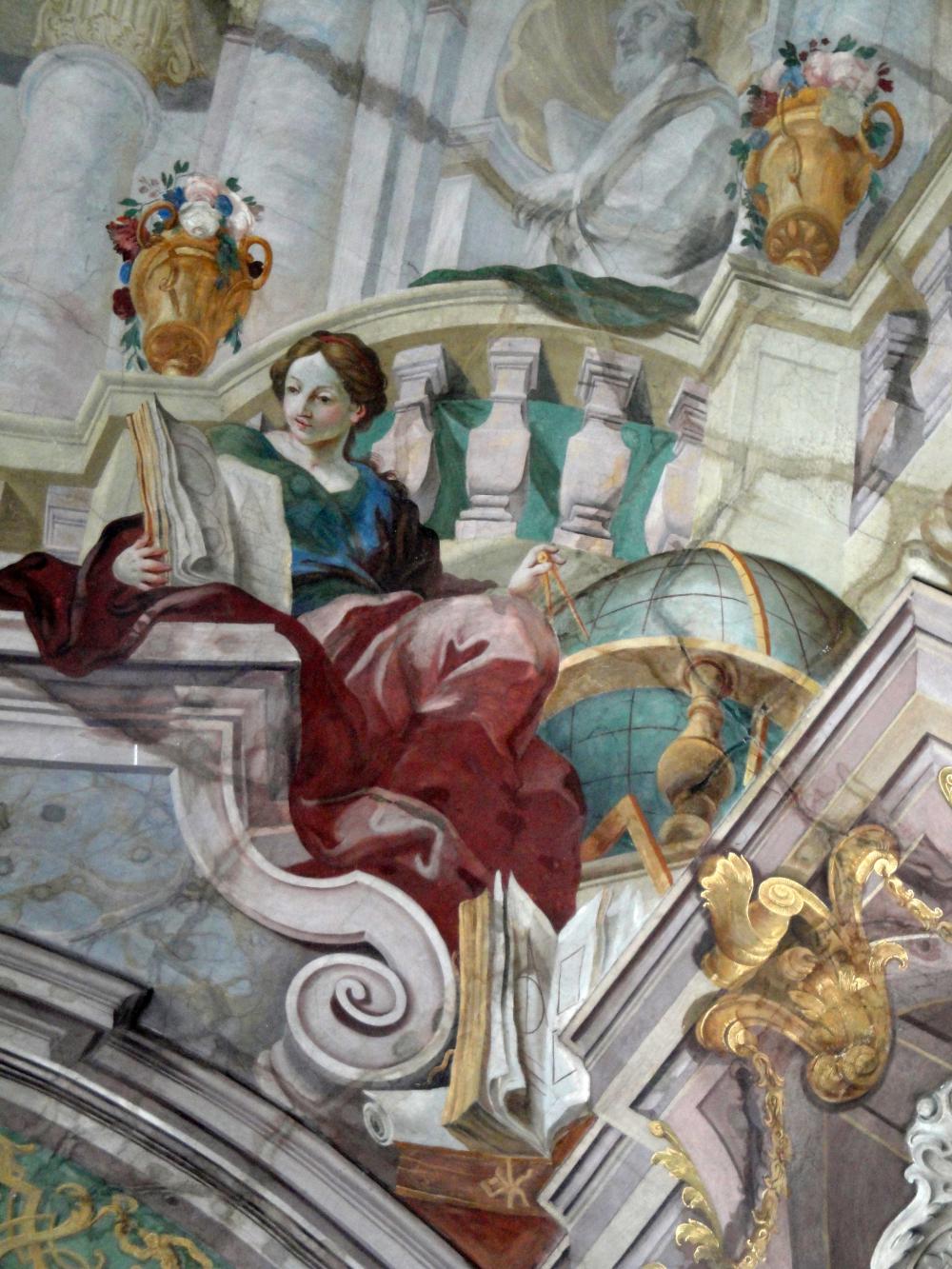 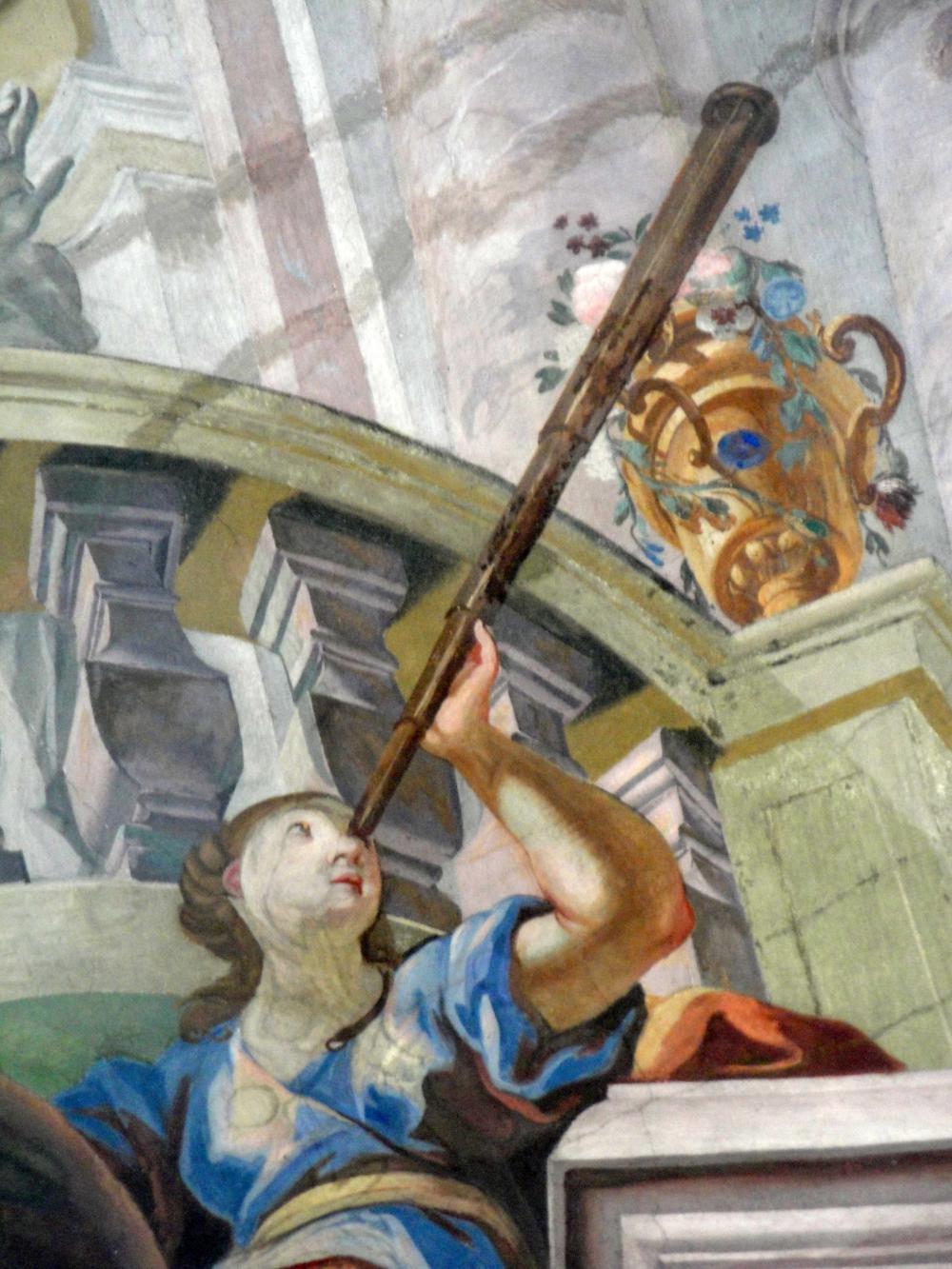 The University of Breslau (Wrocław) with the Mathematical Tower is still in use --
as museum and for public outreach, but not for modern astronomy.