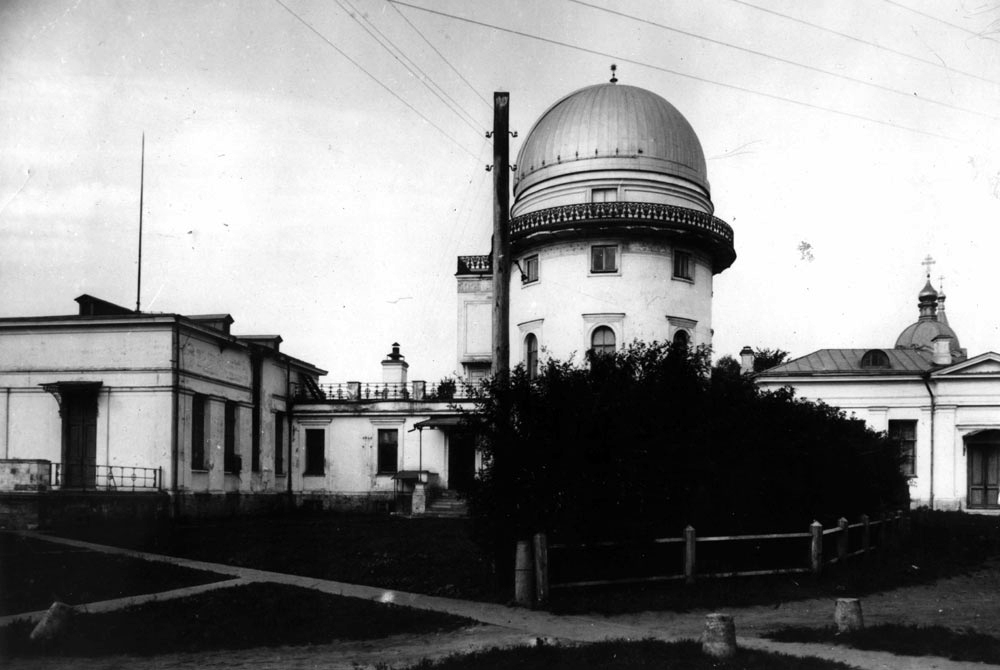 Already in 1804, the department of "observational astronomy" was established at the department of physical and mathematical sciences. In 1824, the Russian scientist and educator, rector of the university, academic Dmitri M. Perevóschikov, made a detailed plan for the construction of the observatory with a project carried out by the famous Moscow architect Afanasy Grigorievich Grigoriev (1782--1868), Moscow University architect from 1819 to 1831, who built a number of university buildings, the anatomical theater, a pharmacy, a surgical clinic, etc. A stone building with a round tower was erected on a special double foundation to establish particularly accurate astronomical instruments, and of two-storey wooden "professorial" observer’s house; the university provided 53,121 rubles for the construction. This astronomical observatory was established in 1831 on the Campus of the Lomonosov University in the Krasnoprésnenskaia neighborhood.
The old observatory is converted into a museum. Among other instruments, it preserves a 15-inch double astrograph telescope. 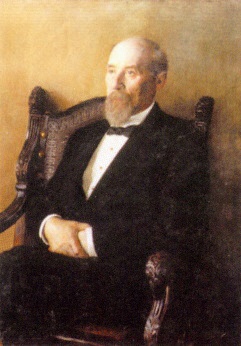 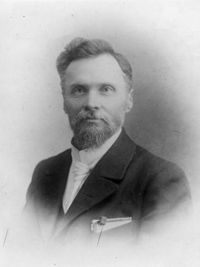 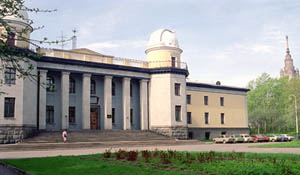 Scientific research carried out by the staff of the Institute covers almost all areas of modern astronomy and gravimetry: celestial mechanics, cosmology, radio astronomy, physics of the Sun, studies of the Moon and planets of the Solar system, physics of stars and the interstellar medium, study of the Galaxy, extragalactic astronomy, relativistic astrophysics, gravitational wave astronomy, study of the parameters of rotation and the global structure of the Earth, coordinate-time support of the country and much more.
The following scientific schools for the physics of close binary and multiple systems and for the study of the structure, kinematics and dynamics of our Galaxy and the galaxies of the Local Group have been formed at the SAI. 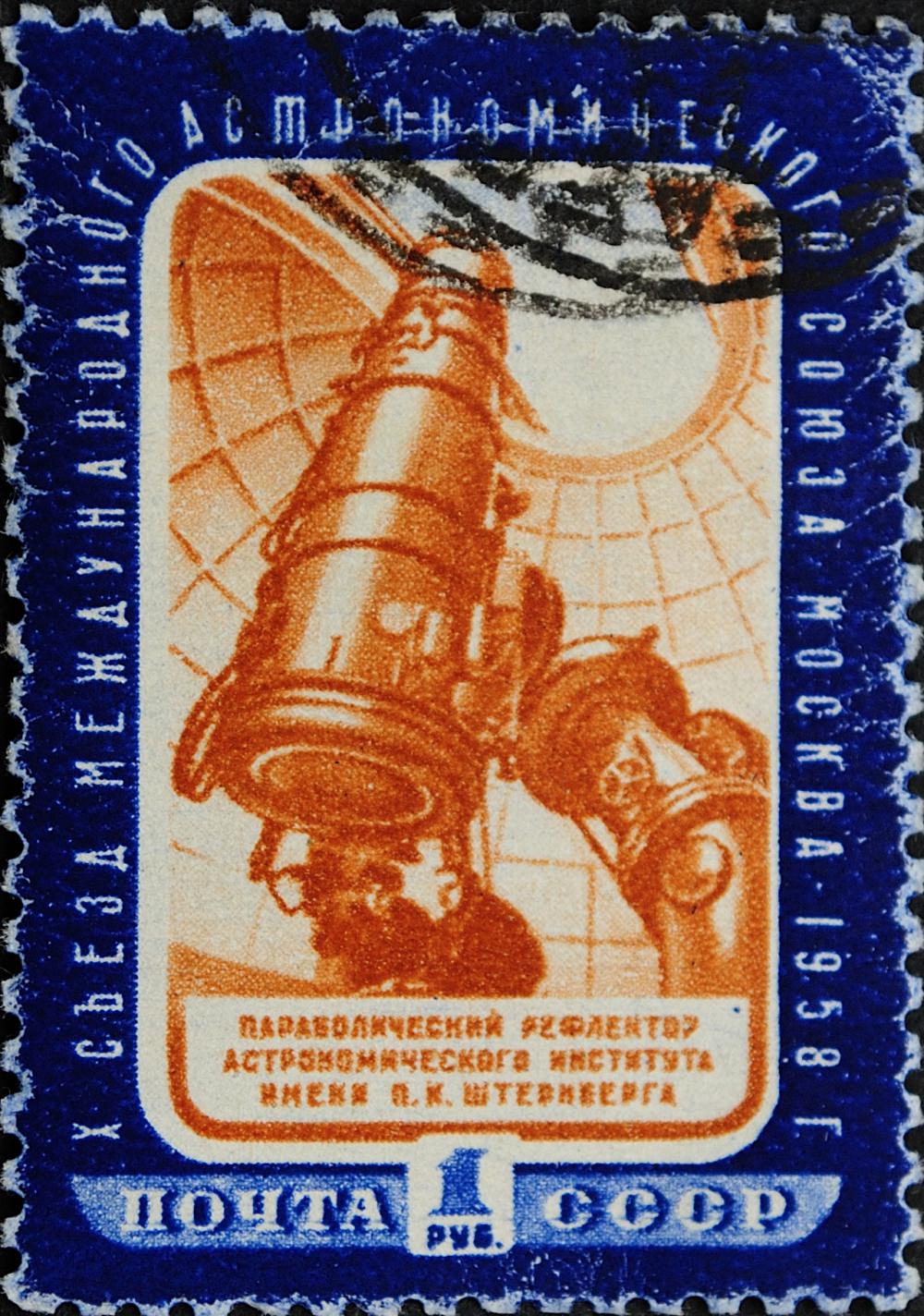 Kuchin Astrophysical Observatory - mainly the Sun is observed after the 1960s

Crimean laboratory of GAISH (South station of GAISH, since 1958): 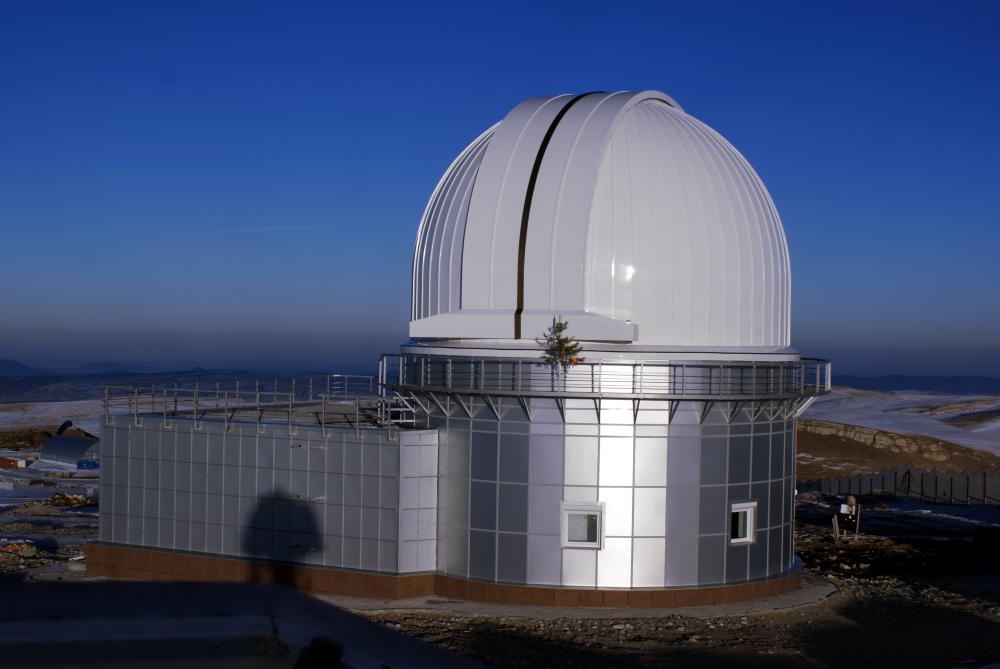 Maidanak laboratory (nationalized by Uzbekistan in the early 1990s).


Directors of SAI by year of appointment:

The Old Moscow Observatory on the Campus of the Lomonosov University is converted into a museum.

Sternberg Astronomical Institute is a research institution in Moscow, Russia, a division of Moscow State University.
The SAI has activities in several fields of astronomy and astrophysics. SAI is the largest astronomical institute of Russia. It has a department of celestial mechanics developing ephemerides of the natural planetary satellites.

The institute includes: the Crimean laboratory, the laboratory in the North Caucasus, the high-mountain Baksan expedition, the Kuchin astrophysical observatory.