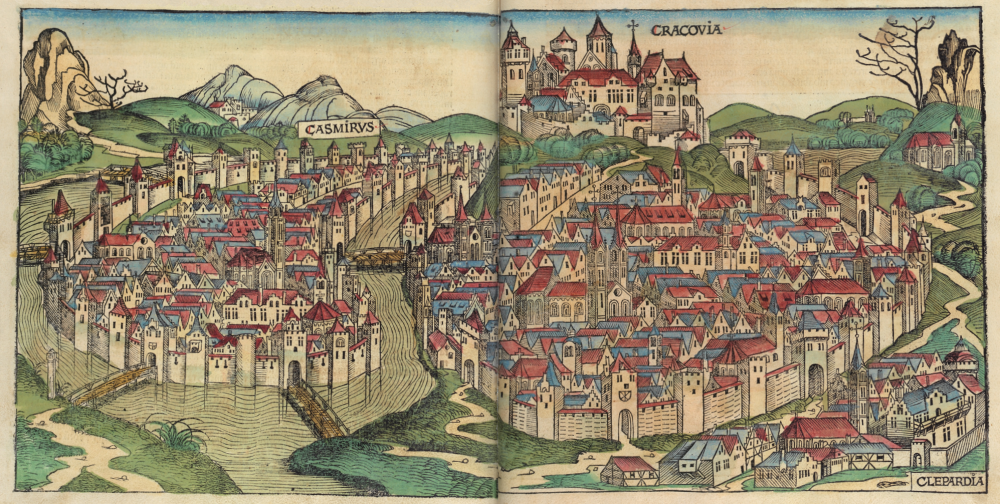 The excellent astronomical tradition of the Cracow University, dating back to the 15th century, where Copernicus studied, (cf. Hermann Schedel (1440--1514): Liber Chronicarum. Nuremberg 1493) did not continue.
Marcin Bylica (1433--1493) from Olkusz, court astronomer and physician of the Hungarian King Matthias Corvinus [Maciej Korwin] in Buda since 1470, and from 1490 also for his successor Vladislav II [Ladislaus]; Bylica was co-operator of Regiomontanus [Johannes Müller] (1436--1476), who worked in Hungary from 1467 to 1471. The portable astronomical instruments of Bylica, a donation to the University in 1493, have been preserved to this day in the Jagiellonian University Museum: astrolabes (including an Islamic astrolabe from Córdoba (1054) - the oldest scientific instrument in Poland), three brass instruments from 15th century, made by Hans Dorn (fl. 1478 in Buda, †1493) around 1480: a torquetum, an astrolabe, and a celestial globe - instruments which prove that observational, not only theoretical, astronomy was practiced in Kraków -- Copernicus, the most outstanding student of the Jagiellonian University from 1491 to 1496, had access to the instruments.
In addition, in the 16th century, the so-called Jagiellonian Globe, an armillary sphere with a clockwork mechanism, was donated. In the 17th century, the mathematician and astronomer Jan Brozek [Ioannes Broscius] (1585--1652), in 1614, head of the Astronomy and Astrology Faculty, rector of Jagiellonian University, biographer of Copernicus, donated the oldest preserved terrestrial globe on which features the name "America".

"In acknowledgement of Krakow’s contribution to world culture, the city’s historical and architectural Old Town was registered by UNESCO in the 1st World Cultural Heritage List in 1978. The decision states that Krakow grants to future generations this unique collection of monuments of ancient culture - outstanding works of art and architecture"
(http://www.museums.krakow.travel/en/project).

But the astronomical traditions of the Cracow Academy of the 15th century were forgotten, and the heliocentric theory of Copernicus was not accepted. The curriculum, including lectures in astronomy according to Ptolemy and Peuerbach, was compulsory until the 18th century. 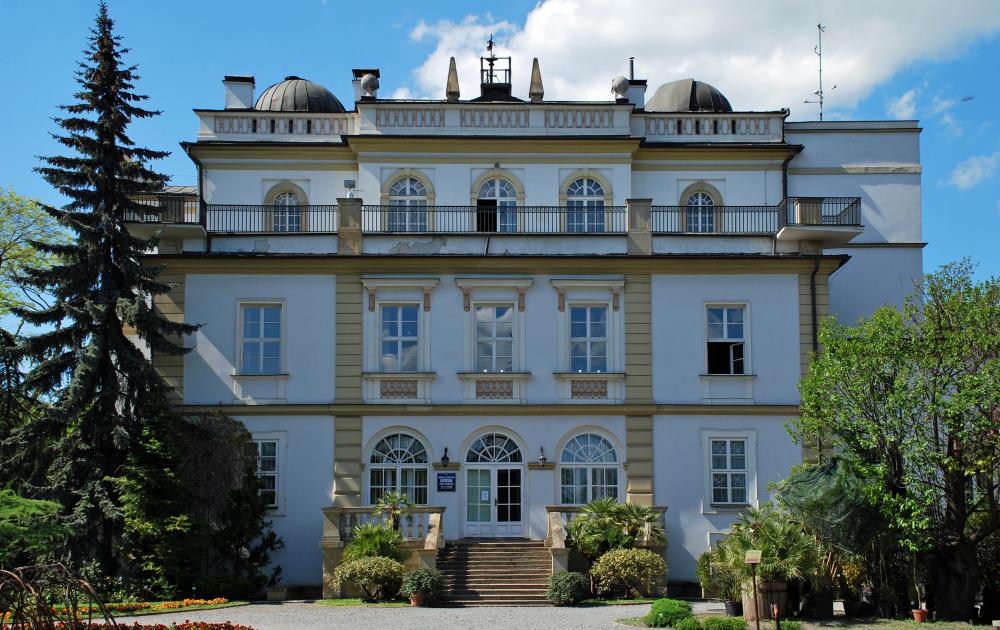 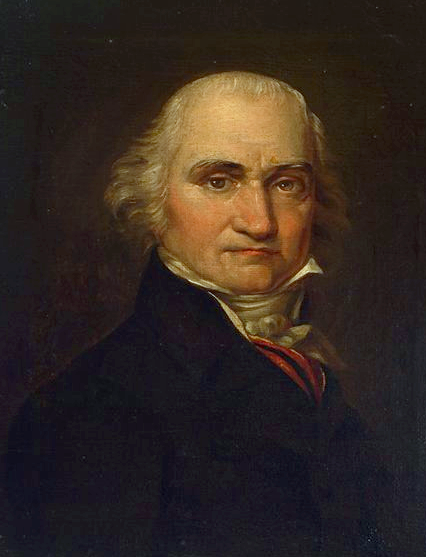 Jan Śniadecki travelled to England (Cambridge, Oxford, London, Greenwich, and Slough), Germany and France, in order to get good instruments. The first observations were made: positions of the Sun and the Moon, eclipses of the satellites of Jupiter, transits of planets over the solar disc as well as occultations of stars and planets by the Moon. Śniadecki also planned observations of comets and variable stars -- a kind of research, which was typical not before the time of Argelander. In Cracow the longest in Poland, unbroken series of meteorological observations has been recorded and preserved.

Many astronomers and directors worked for only a short time in Cracow.
After the Congress of Vienna in 1815, the Free City of Kraków was established, and in 1817, the university got its present name: the Jagiellonian University.

In 1825, Littrow’s assistant in Vienna, Maximilian Ritter von Weiße (1798--1863), was called as professor and stayed for 36 years, 1825 to 1861. He calculated positions of the planets using the Gaussian method. Then new instruments for astrometry were purchased, including an meridian circle and meteorological instruments; he observed the asteroids Pallas, Vesta und Melpomene. Weisse developed a catalogue of the positions of 31,085 stars in Bessel’s declination zones, published in 1846 as Positiones mediae stellarum fixarum in zonis Regiomontanis a Besselio inter -15° to +15° declinationis observatorum, ad annum 1825 reductae et in catalogum ordinatae was published under the auspices of the Petersburg Academy of Sciences, (2nd volume) with positions of 31,445 stars, 1863. The observatory building was restored in 1829 and 1858/59.
In 1855, Cracow belonged again to Austria (until 1919).. 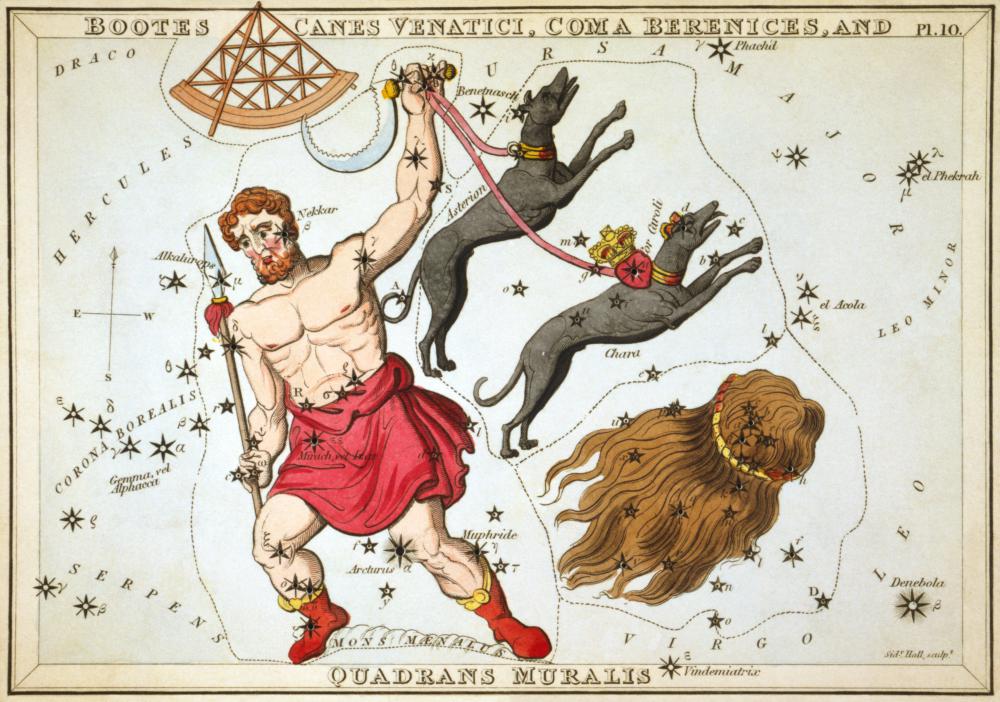 The next director Franciszek Michaeł Karliński (1830--1906) was also an outstanding researcher, discovered the variability of R Canum Venaticorum (Mira variable star) besides meteorological, hydrological and geodetic observations, as well as positional astronomy. These were part of an international network, where the results were sent to Vienna, St. Petersburg, Hamburg and Utrecht. 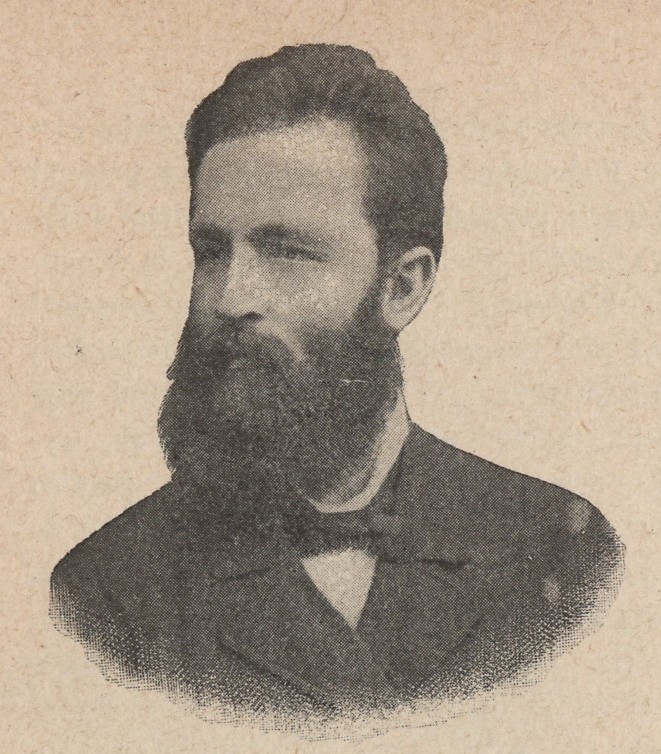 In the 1880s, Karliński’s son-in-law, the theoretical physicist Ludwik Antoni Birkenmajer (1855--1929), joined the observatory, determined the orbits of double stars and moons of the planets -- and became later famous as an outstanding researcher of the life and work of Copernicus.

Maurycy Pius Rudzki (1862--1916) did not succeed to build a new observatory outside of the city. He developed the geophysical branch and created a seismological station based on two Bosch seismographs with horizontal pendulums (1903). He published  textbooks Physics of the Earth (1909, in German 1911), Theoretical Astronomy (1914), and Principles of Meteorology, edited by his assistant Jan Krassowski (1917).
Shortly, Władysław Dziewulski (1878--1962) was director from 1916 to 1919.

In 1919, Cracow was again part of Poland.
Tadeusz Banachiewicz (1882--1954), graduated from the University of Warsaw, stayed in Göttingen, Pulkovo and Kazan, studied in Moscow and Dorpat (1917 master), stayed for 35 years in Cracow, 1919 to 1954 -- a very successful time for Cracow observatory.
He created an international center for the study of eclipsing variables in Cracow, issuing its ephemeris. In 1925, he founded the journal Acta Astronomica, and he developed the Banachiewicz-Olbers method for the determination of parabolic orbits.
Banachiewicz had very innovative ideas: In 1927, he used together with associate professor Kazimierz Kordylewski a chronokinematograph for observing a solar eclipse, and in the following year, he proposed establishing a continental geodetic networks across the oceans using positional observations of the Moon.
Banachiewicz was also a pioneer of radio astronomy in Poland; it started with a radio telescope of 5-m-diameter (1954). He was vice-president of the International Astronomical Union (IAU) in 1932 to 1938, and president of IAU Commission No. 17 (Moon Movements and Figure) in 1938--1954. 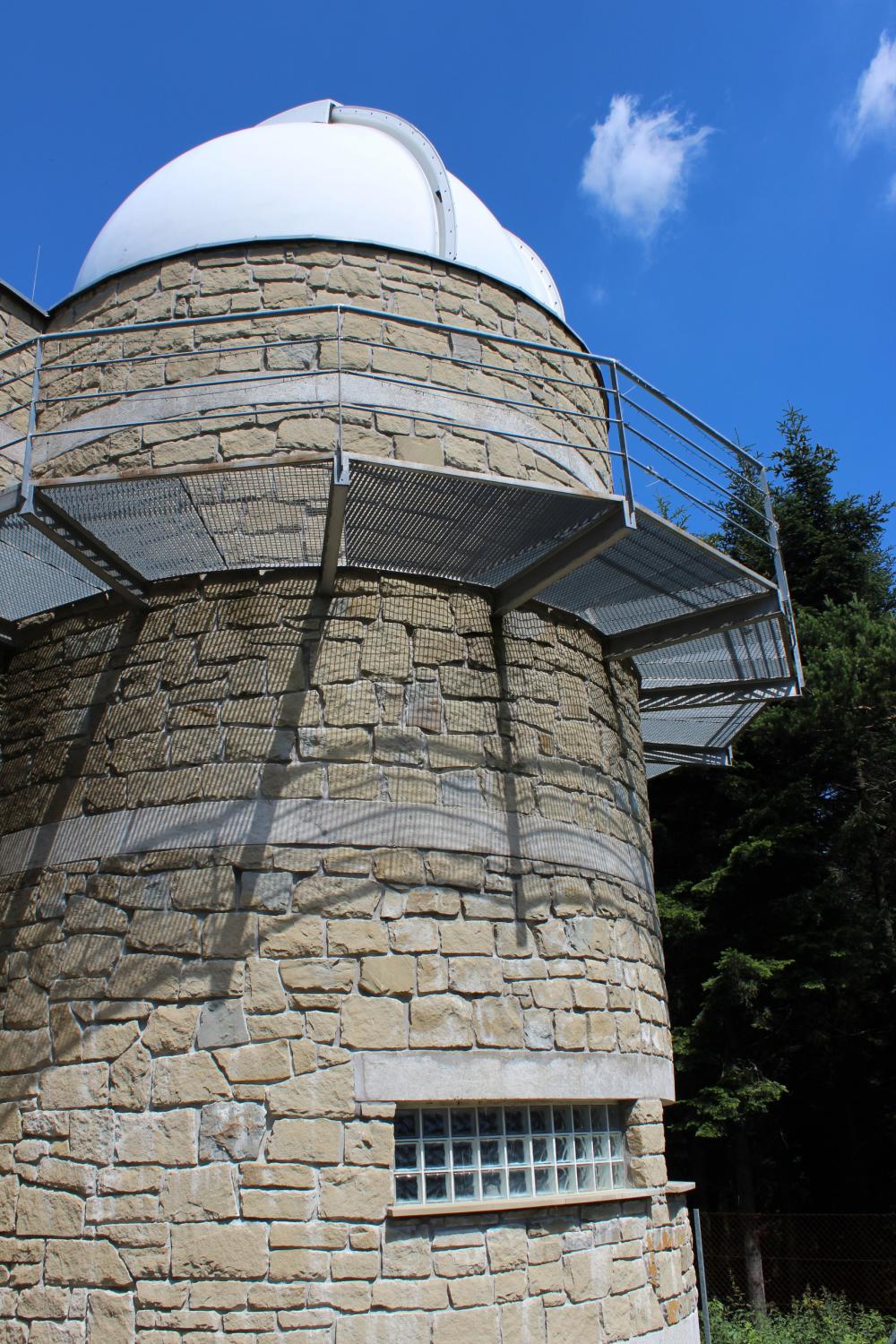 In the 1920s, he launched a remote observation station in Lubomir, destroyed in 1944; here several comets were discovered.

In 1953, Banachiewicz obtained from the military authorities Fort Skała (built in 1884, rebuilt in 1902) on the western outskirts of Cracow, where the first radio telescope was placed. 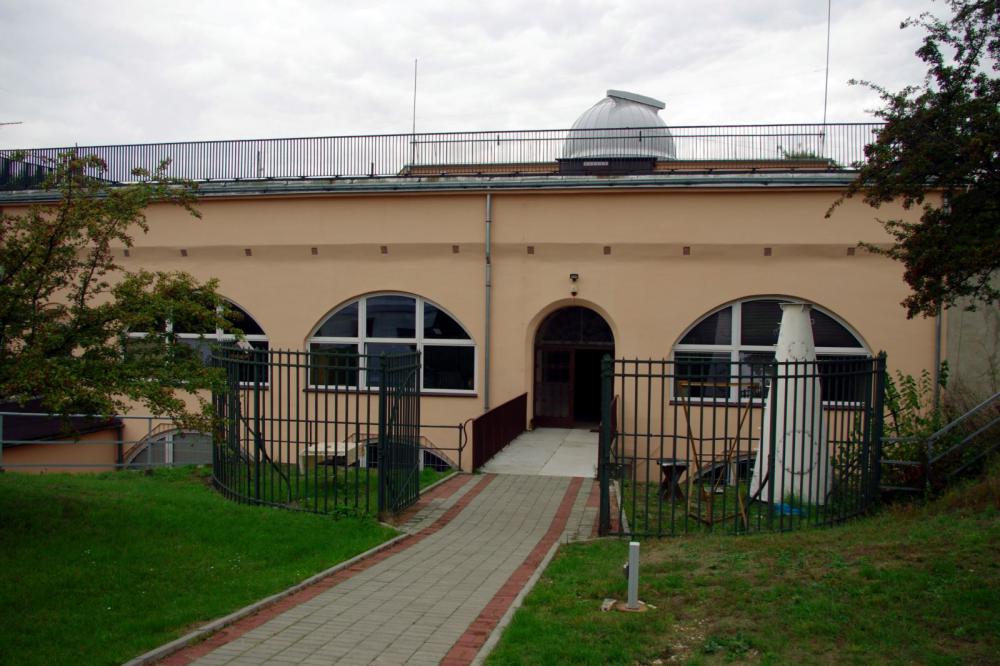 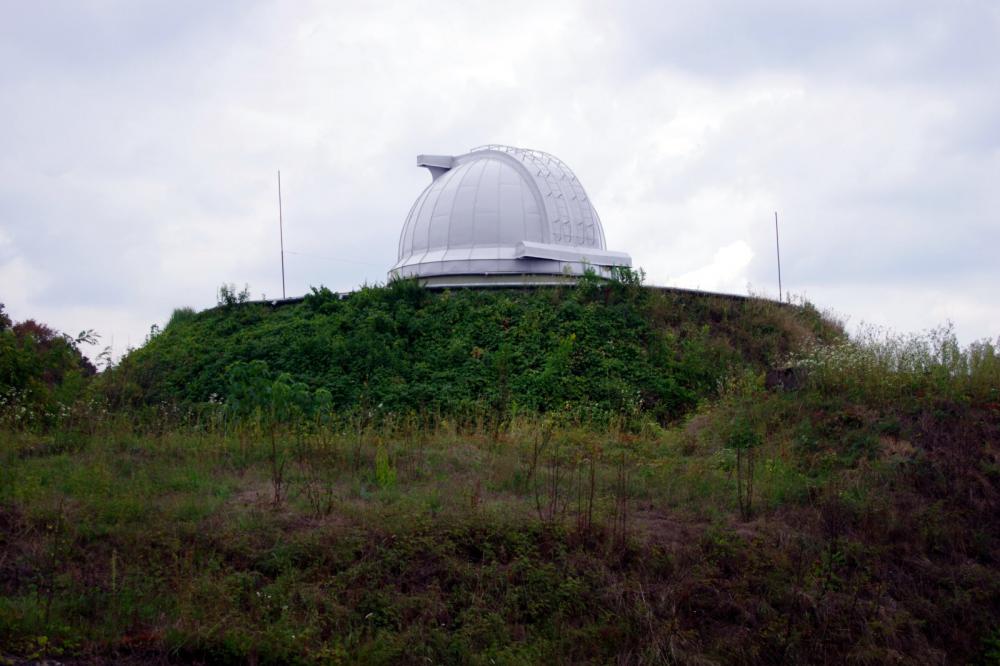 The assistant professor was the future eminent astrophysicist, professor Stefan Ginwill-Piotrowski, who obtained his doctorate in 1938, and immediately after WWII, he was in Kraków with Adam Strzalkowski, later a professor of physics, and a pioneer of photoelectric photometry. He worked on determining the orbits of eclipsing binaries. 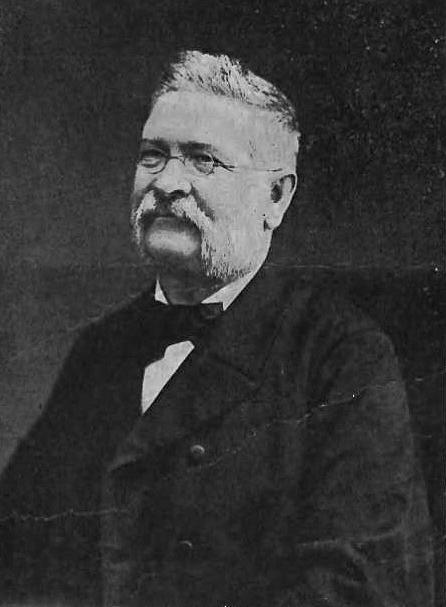 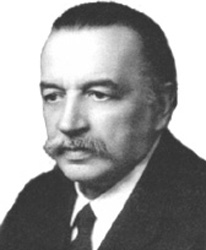 Department of Relativistic Astrophysics and Cosmology 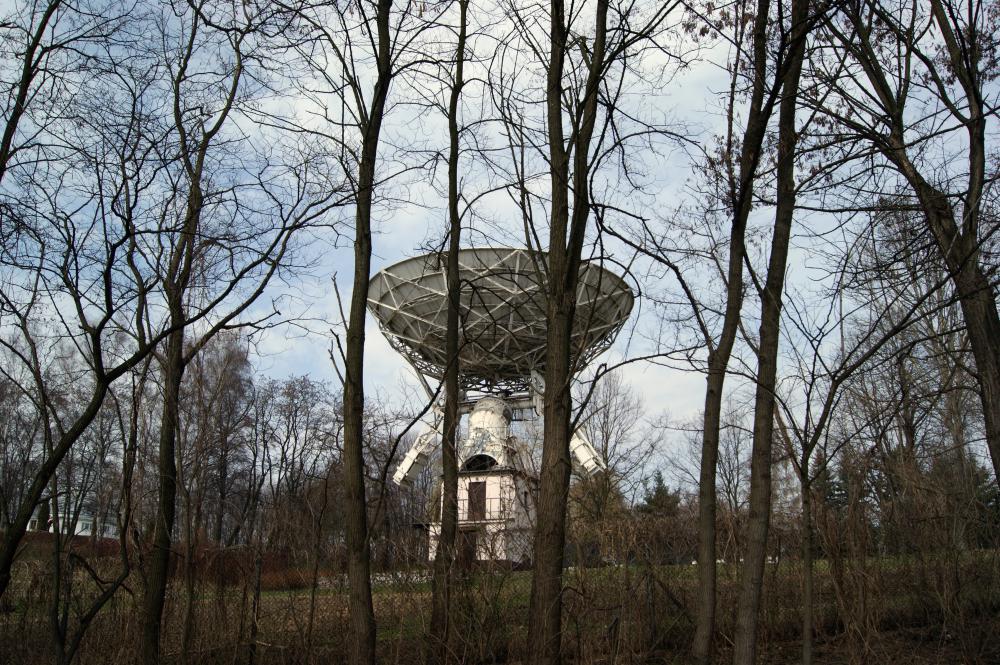 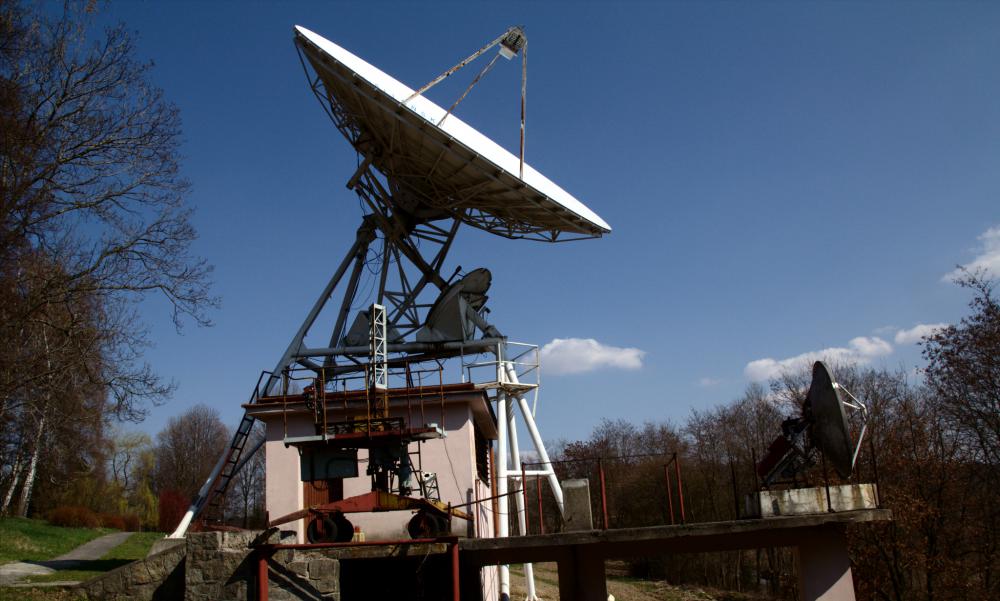 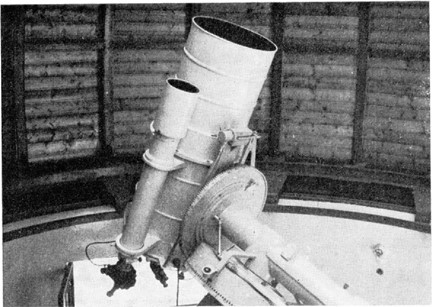 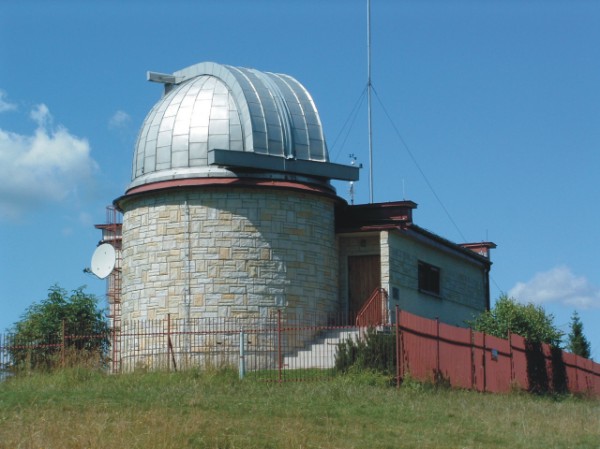 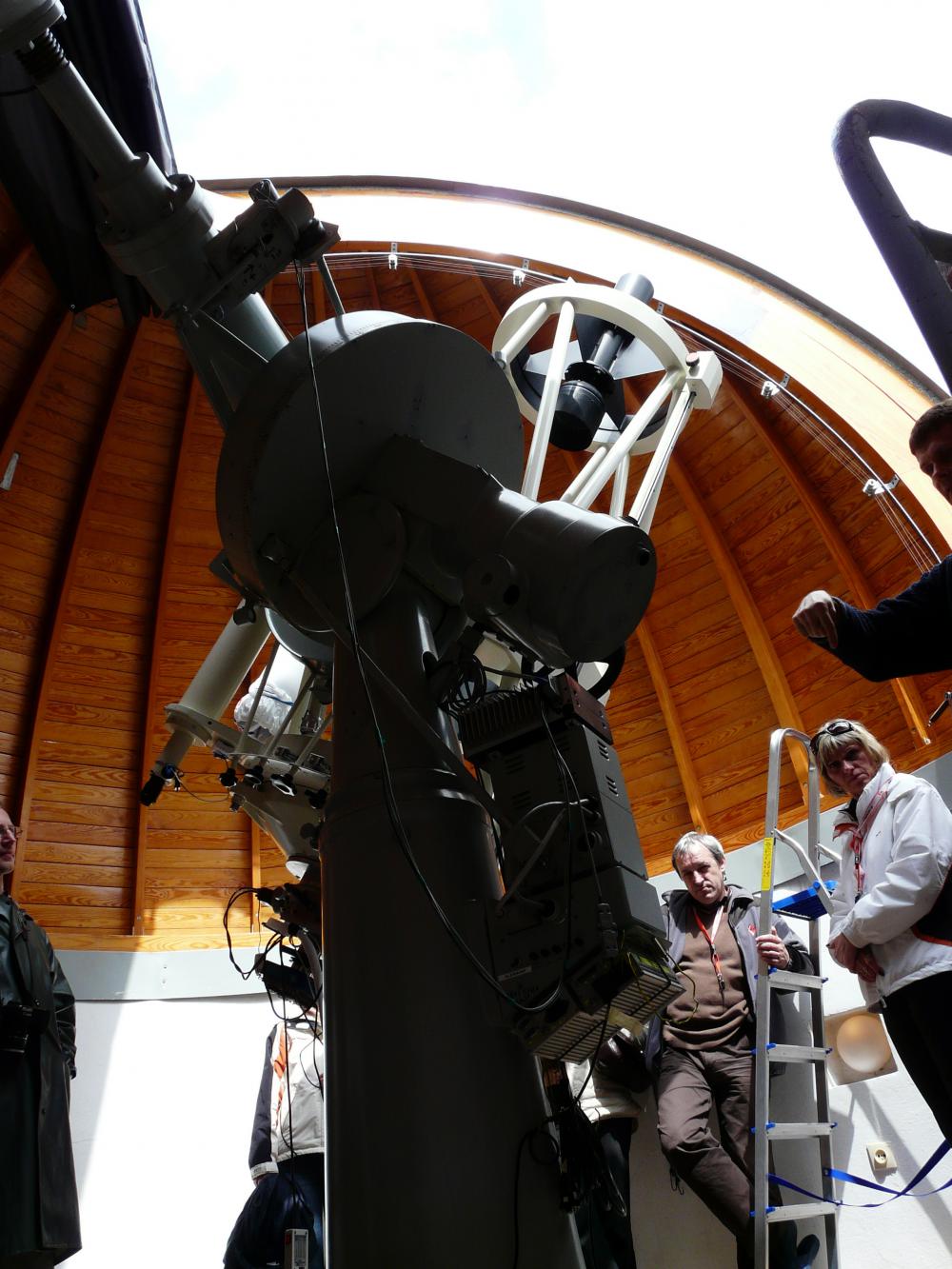 A new Observation Station was opened in 1987 in Roztoki Górne in the Bieszczady Mountains, the Astronomical Observatory at Suhora (Latitude 49°34’09’’ N, Longitude 20°04’03’’ E, Altitude 1009m above sea level).
The idea of building a modern astronomical observatory in a mountainous region, and therefore in good climatic conditions came from Professor Jerzy M. Kreiner, in the first half of 1983 under the management of the Kraków Pedagogical University. The building was designed by R. Walczykiewicz. A 60-cm-Cassegrain Telescope with Photometer or with CCD-Camera is used. With "The Whole Earth Telescope" (1991) simultaneous observations of the variable stars throughout a 24 hour period were carried out.