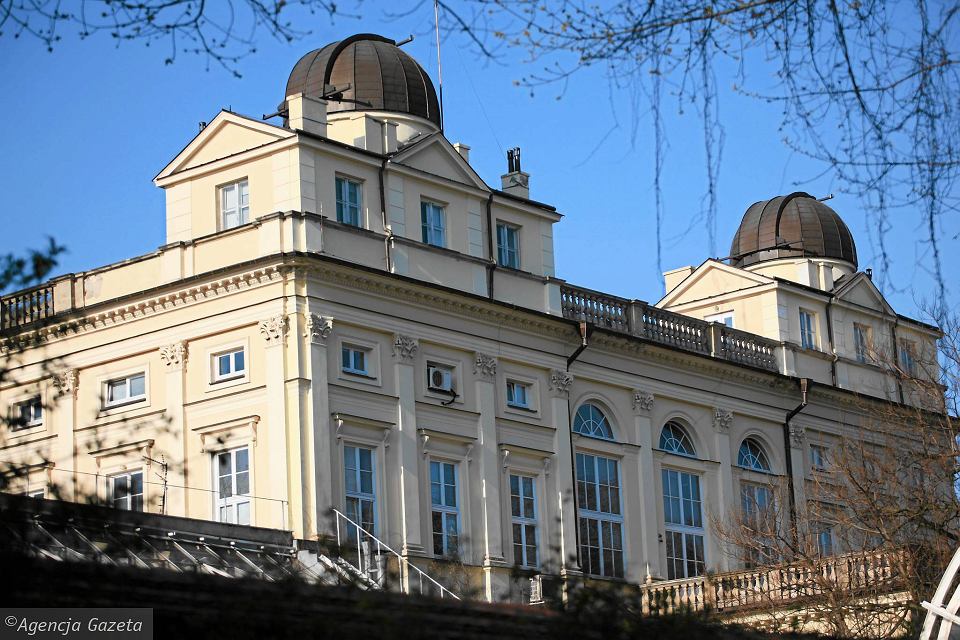 The Warsaw (Warschau, Warszawa) University Observatory is located in between Lazienki Park and the Botanical Gardens, overlooking both. Built in 1820/24 next to a greenhouse for the University of Warsaw (*1816), opened in 1825. Three architects, Christian Piotr Aigner, Michal Kado, and Hilary Szpilkowski, erected the observatory in classicist style, a four story edifice. In the ground floor and the first floor Ionic order columns were used, while the second and the third floor has Corinthian columns. In the center of the facade are three huge arched windows. There are terraces over the columned entrance portico and on the roof, besides two domes and a meridian room. 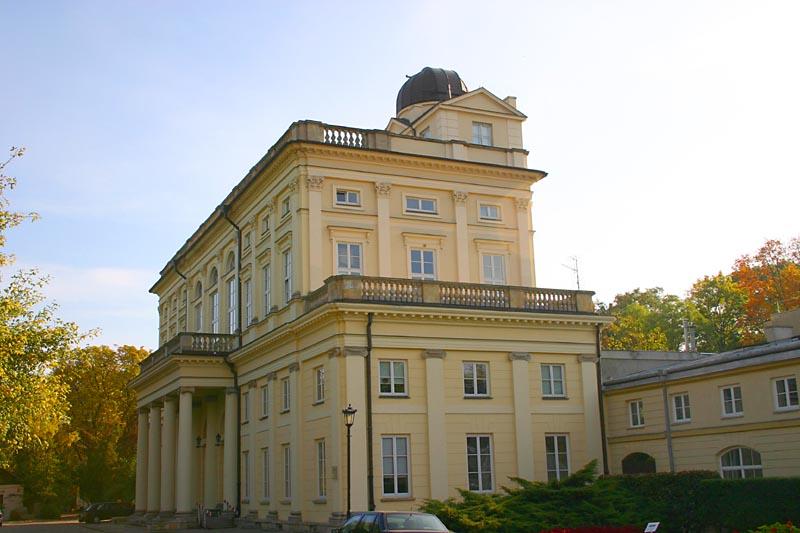 Jan Baranowski (1800--1879), a student of Friedrich Wilhelm Bessel (1784--1846), director in Königsberg [Kaliningrad] since 1848, was interested in comets, observed comet Biela, and determined the orbit. He translated Copernicus, ’De Revolutionibus’, in 1853, into Polish. In 1869, the Russians reorganized the University and only Russians became directors.

Adam Prazmowski (1821--1885), Poland’s first astrophysicist, became famous for the discovery of the polarization of light, emitted by the solar corona. In 1862, he moved to Paris as instrument maker.
Michał Kamieński (1897--1973) organized the construction of an observatory at Pop Iwan (2020m) in the East Carpathian Mountains in 1936; a 33-cm-astrograph (1937) were ordered from Grubb & Parsons for astrophotography.

After WWII an observing station was established in Przegorzaly, near Kraków, in 1947, and in Ostrowik (52°05’23’’ N, 21°25’12’’ E, 200m), 35 km south-east of Warsaw, in 1952, mostly for educational purposes.
The Warsaw Observatory building was reconstructed in 1948/50.
Photoelectric and spectral observations of variable stars and binaries were made. The atmospheres of these stars were studied in theoretical works. Also stellar-statistical and extragalactical studies were undertaken (with photographic plates from abroad or with the Palomar Sky Atlas). In addition, a satellite tracking station was set up. 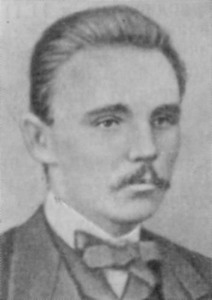 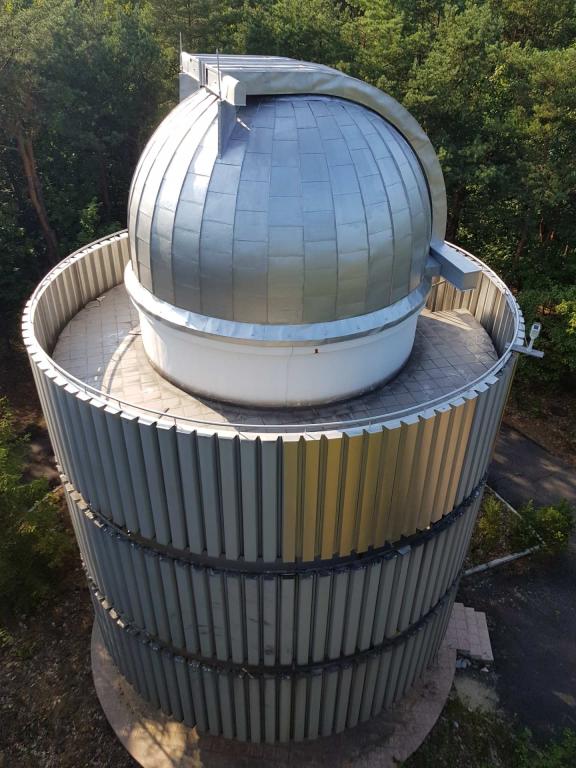 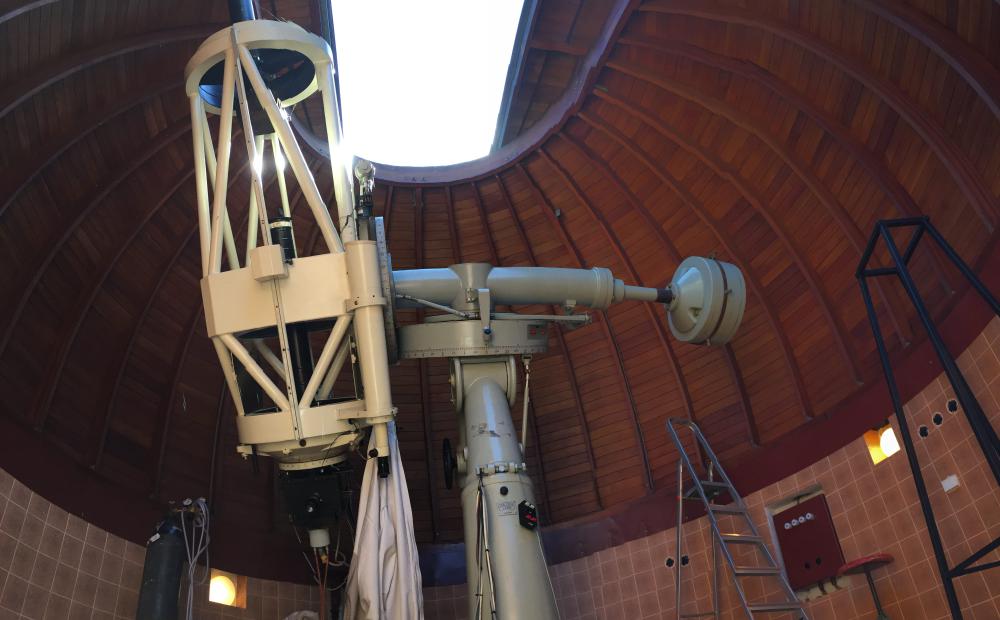 Instruments after WWII in Warsaw and Ostrowik

The building, including the furniture, astronomical museum collections, as well as the library with unique 15th and 16th century manuscripts, burned down during the Warsaw Uprising in August 1944.
The observatory was carefully reconstructed in 1947 based on the design of Jan Dąbrowski and was restored in its 1824 shape. But inside walls and staircases were demolished, and the whole building was prepared to serve as an educational facility in astronomy. 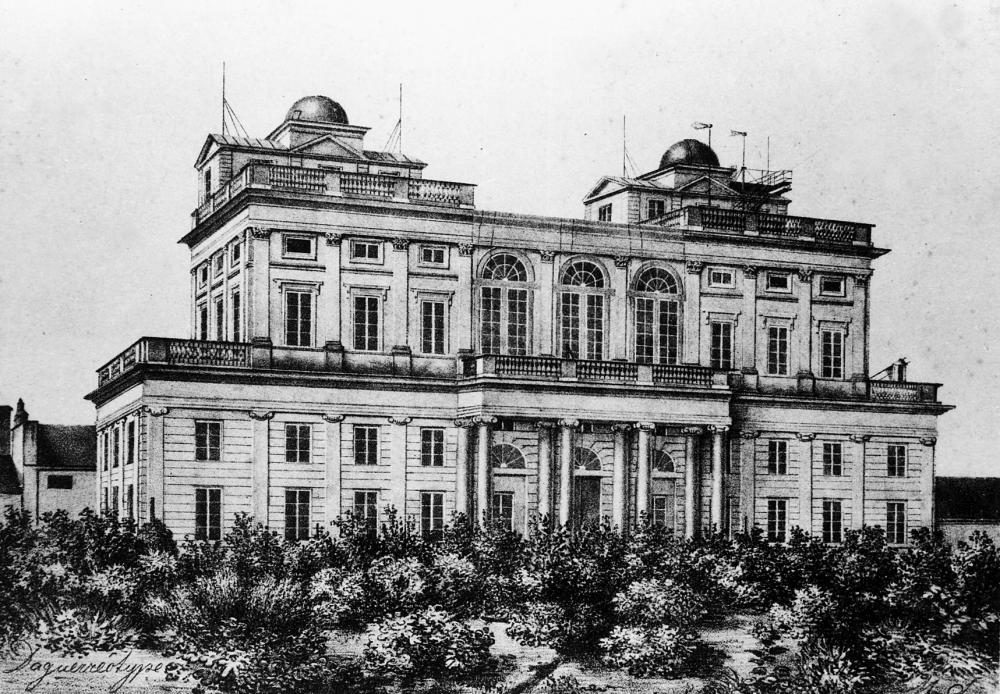 The building is well restored after the destruction in WWII - no threats.

The observatory is acticely used for astrophysical research in the following areas: extragalactic astronomy, theory of relativity and cosmology, the theory of stellar atmospheres, the theory of hydrodynamic flows in binary systems and interstellar matter, observations of variable stars (binaries, pulsars, chromospherically active), the photometry of stellar clusters, the spectroscopy of variable and chemically singular stars.
Nowadays the observatory serves also for educational purposes and for teaching students. 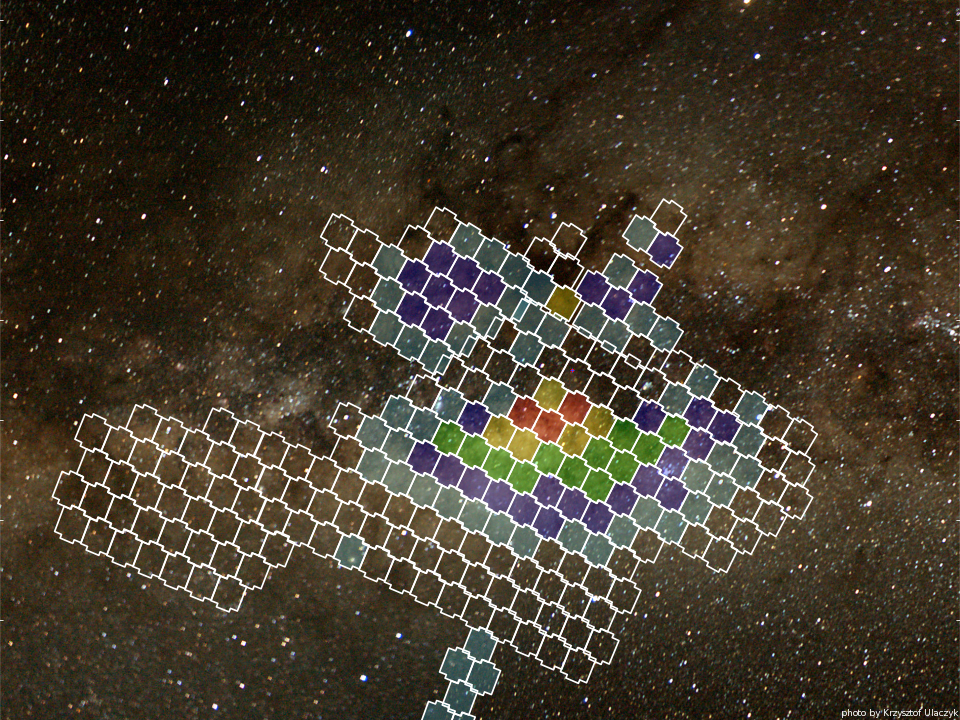 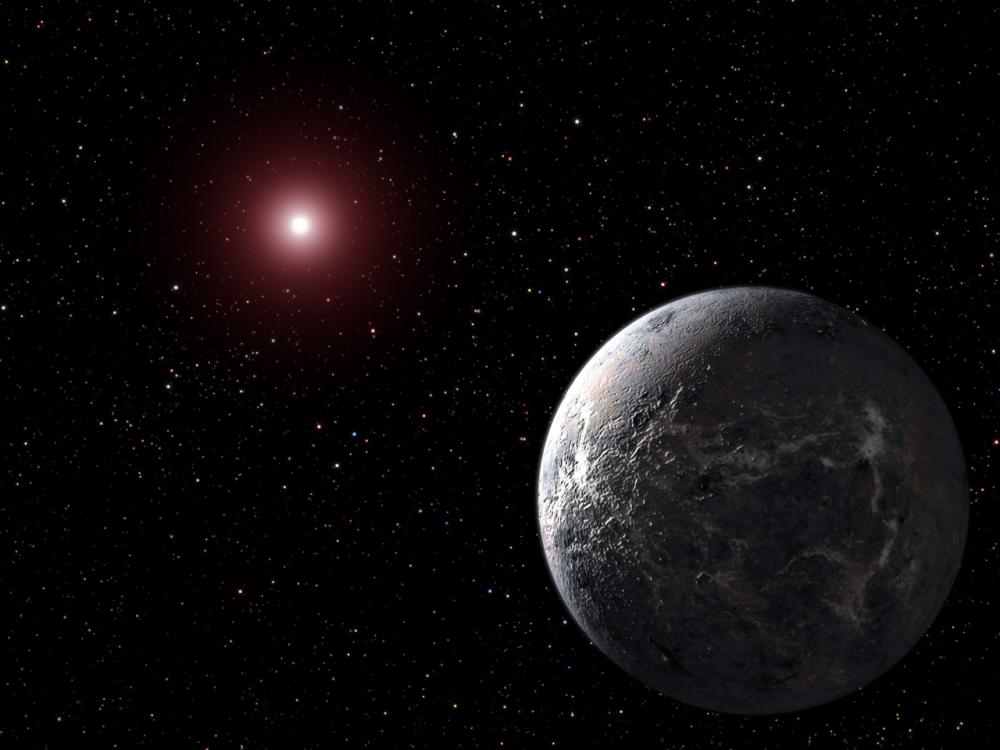 Warsaw astronomers are also actively involved in many well known astrophysical collaborations like H.E.S.S., CTA, LIGO/VIRGO, ARAUKARIA, and satellite missions like PLANCK and GAIA. Observatory operates two observing stations: the northern station is located in Ostrowik near Warsaw and it is used mainly for educational and student training purposes. The southern station with a 1.3-m-Reflector (for massive stellar photometry) is located at the Las Campanas Observatory, Chile (LCO), Carnegie Institution of Washington -- one of the best astronomical sites in the world.