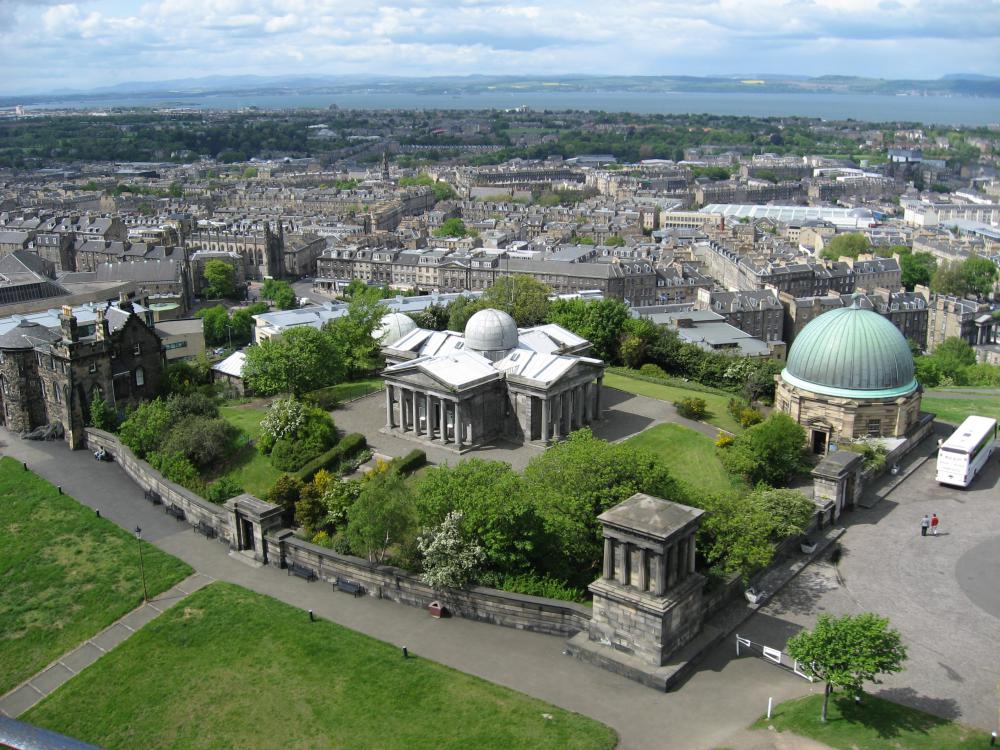 The oldest part of the Calton Hill in Edinburgh, founded in 1776 by Thomas Short (brother of James Short), an optician from Leith, is the Gothic Tower (1776--1782/92) in the form of a fortress tower in the southwest corner, also called old Observatory House, designed by James Craig (1739--1795), architect to Edinburgh Town Council. It was an octagonal tower about 48 feet high, with East and West pavilions. 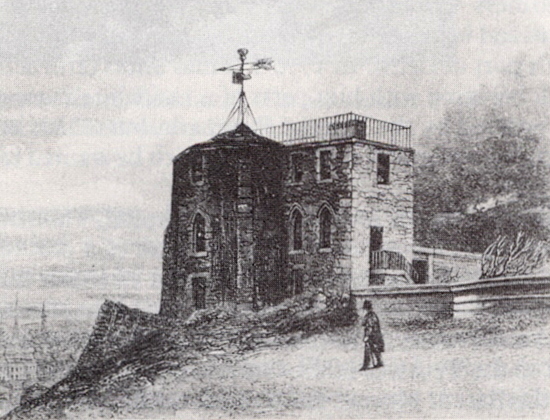 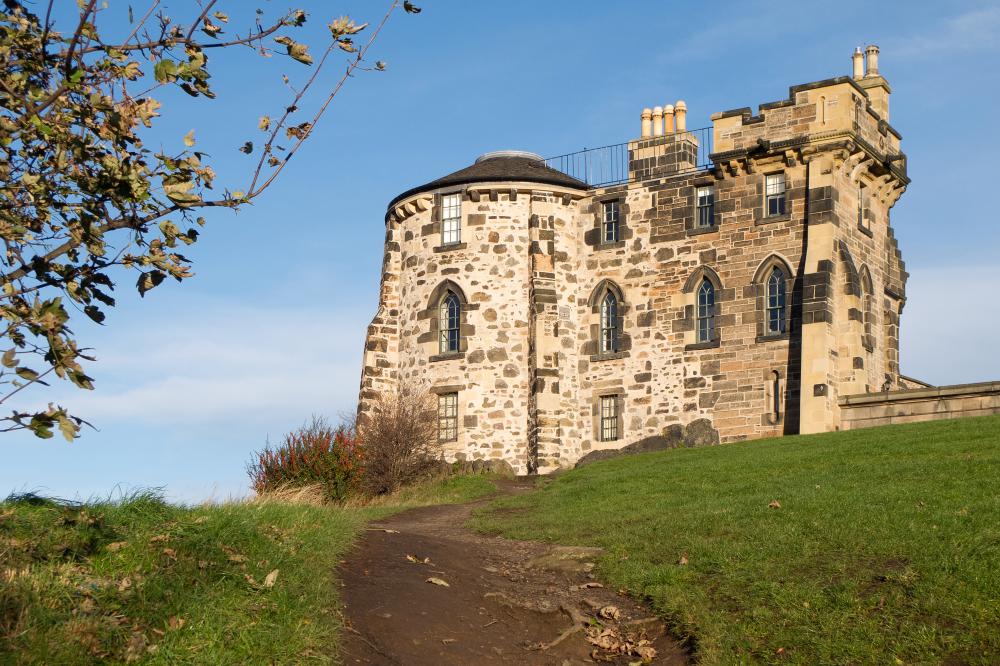 In 1811, the "Astronomical Institution of Edinburgh" was founded by citizens with John Playfair (1748--1819), professor of natural philosophy, as president. Then the observatory had three different departments: a "scientific observatory" for astronomy and navigation, a "public observatory" for the general public, and a "physical cabinet" with books and instruments for use by members. The Gothic Tower was the public observatory with camera obscura and a transit telescope. 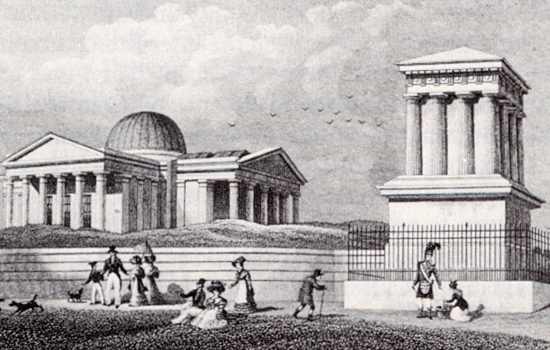 John Playfair Monument
(built by the architect William Henry Playfair for his uncle John Playfair):
To John Playfair
His friends’ piety
Spurred on by constant longings
in the place where he himself
had once dedicated a temple
to his Urania
Placed this monument
1826
Born 10th March 1748
Died 19th July 1819 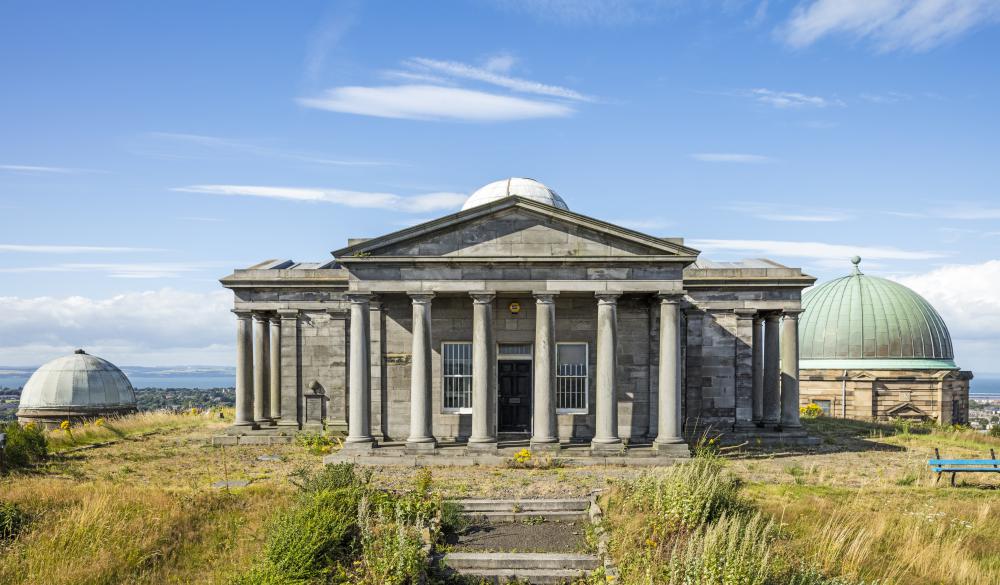 A new main building, the City Observatory on Calton Hill, was designed by William Henry Playfair (1790--1857) in 1818 in neoclassical style in the form of Greek Temples; thus Edinburgh was called "Athens of the North".
In 1822, this observatory was institutionalized with a Royal Charter - during the visit of George IV to Scotland it became the Royal Observatory. The Royal Observatory of Edinburgh on Calton Hill was more of an architectural monument than a useful building for practical observations, but Calton Hill is included in the city’s UNESCO World Heritage Site (Old and new town of Edinburgh).

Time keeping was important for navigation in a city with the port of Leith. The Edinburgh time service started in 1853: a time-ball dropped from the Nelson Monument on Calton Hill at 1:00 pm every day, so that ships could synchronise their chronometers (roetrust.weebly.com). In addition, in 1861, also at 1:00 pm, a time-gun was fired from the ramparts of Edinburgh castle.

From about 1870 it was threatened with closure. But then James Ludovic Lindsay (1847--1913), the twenty-sixth Earl of Crawford, offered his own instruments and astronomical books as a gift on the condition that the government builds a new observatory for Scotland, cf. Royal Observatory Edinburgh (ROE) on Blackford Hill (1896). This foundation by James Lindsay (1888) included not only his valuable library (with original editions of works by Isaac Newton, Nicolaus Copernicus, Johannes Kepler, Galileo Galilei, and many others), but also astronomical instruments (he himself had a private observatory in Dun Echt, Aberdeenshire). 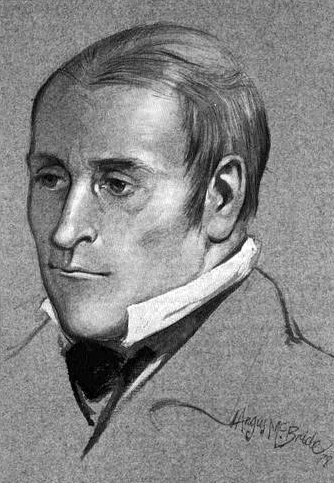 Directors of the ROE

Directors were initially the astronomer Royal of Scotland,
who was at the same time Regius Professor in Edinburgh, created by George III in 1785:

The Astronomical Society of Edinburgh, an association of mostly amateur astronomers, was founded in 1924. They were running the Observatory from 1938 until 2008.


Thomas Henderson (1798--1844), Regius Professor of Astronomy at the University of Edinburgh and first Astronomer Royal for Scotland (Gavine 1998), became famous because he was one of three astronomers who measured - during his time as director of the Royal Observatory of the Cape of Good Hope in South Africa - the parallax and thus determined for the first time the distance of a star (Alpha Centauri), 1839. But Friedrich Wilhelm Bessel (1784--1846) in Königsberg was earlier, he measured the parallax of 61 Cygni in 1838.

Charles Piazzi Smyth (1819--1900), the second Astronomer Royal for Scotland in 1846, served as assistant director at the Cape Observatory, created the One O’Clock Gun tradition, pioneered stereo photography, was interested in history of astronomy (measured the Great Pyramid of Gizeh). His research into the suitability of high-altitude peaks like in Tenerife as a site for an astronomical observatory in 1856 is considered a pioneering act.

The building is well restored and now used as art gallery since 2018.
But the historic instruments are all still in situ and complement and contrast the modern art installations.

The Playfair Observatory in the form of Greek temples reminds of the Observatory of Athens in the shape of a Greek cross. 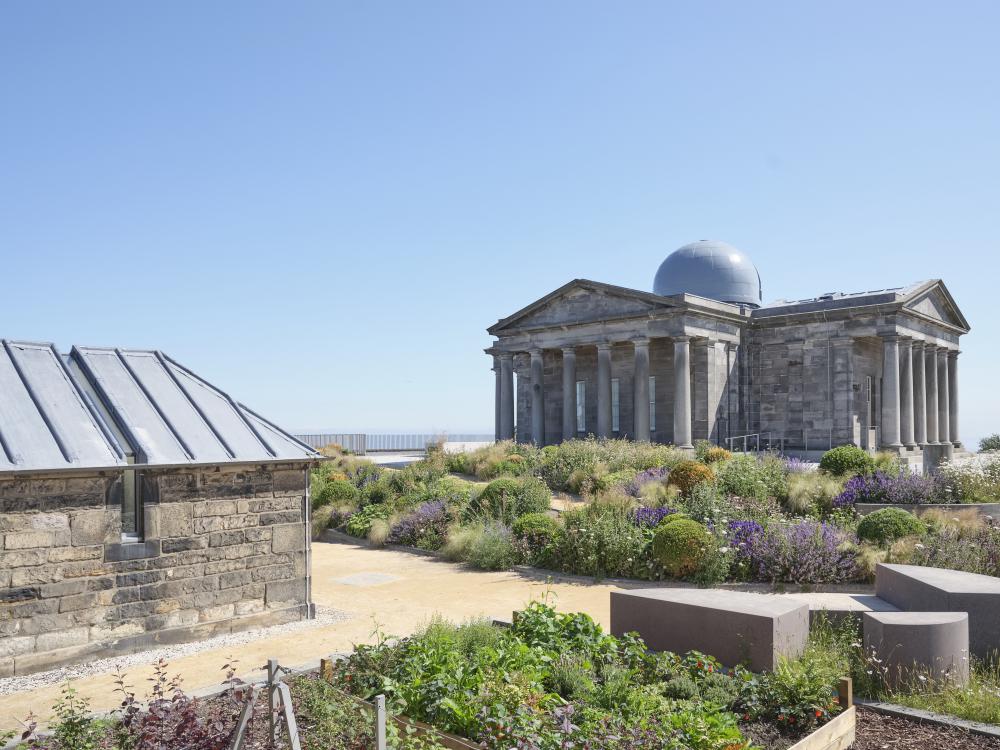 Collective, a new centre for contemporary art, to open new home on Calton Hill in November 2018

no longer used for astronomy.