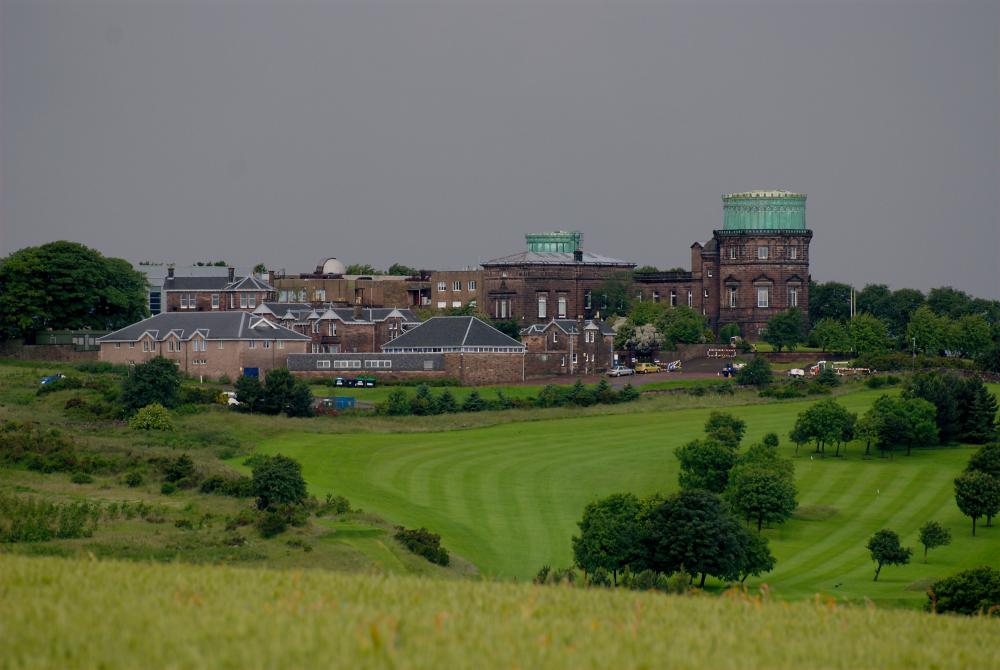 The University of Edinburgh was founded in 1583 - astronomy was part of the curriculum in the context of the Seven Free Arts. Only portable small instruments were used.

The Carlton Hill City Observatory Edinburgh was founded in 1776.

For the new Royal Observatory Edinburgh (ROE), a site was chosen south of the city, Blackford Hill, and construction began in 1892. The meridian building and the dwelling flats were separated. The architect W. Wybrow Robertson designed the main building, finished in 1895 and opened in 1896. 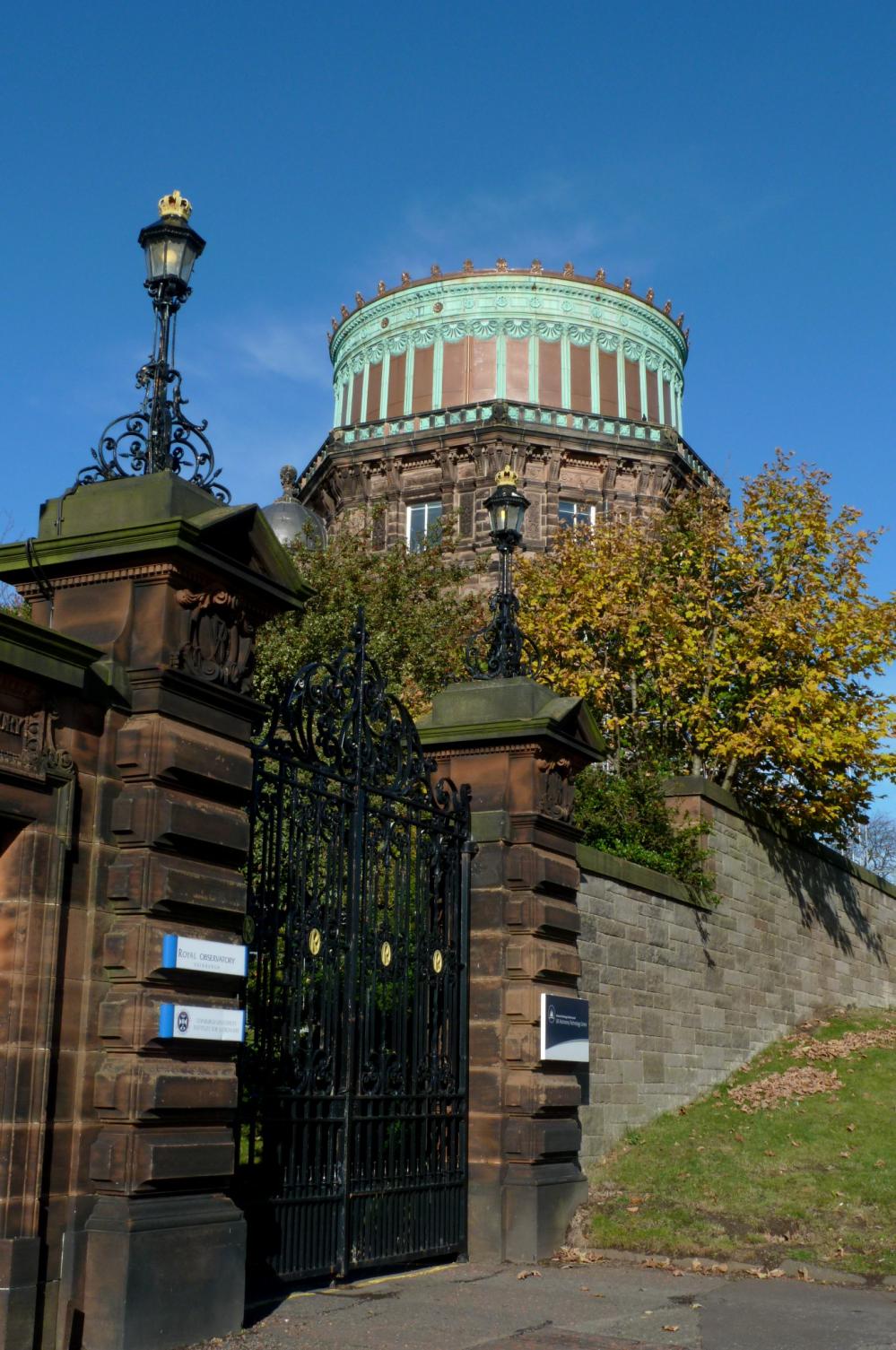 The Observatory is built in the shape of a "T", but asymmetrically: the East tower is larger and contains the largest instrument, the 91-cm-reflector by Grubb (1930). The two domes, also made by Grubb, are not hemispherical domes but rotatable cylinders. They are made of copper and fit in well with the architectural style, Italian Neo-Renaissance style.

The emphasis of scientific research is on positional astronomy and time service (now controlled by telegraphy, a signal was also sent to the time gun in Dundee and to a clock at Rosyth dockyard) as well as stellar astrophysics, especially objective prism spectroscopy, spectrophotometry, photographic photometry, and photoelectric recording of stellar positions, brightnesses and spectra.
In 1907, the observatory participated in the Carte du Ciel project and started photographic sky surveys. "The entire Carte du Ciel enterprise was over-ambitious for the technology then available and did not repay the effort expended on it." (roetrust.weebly.com) 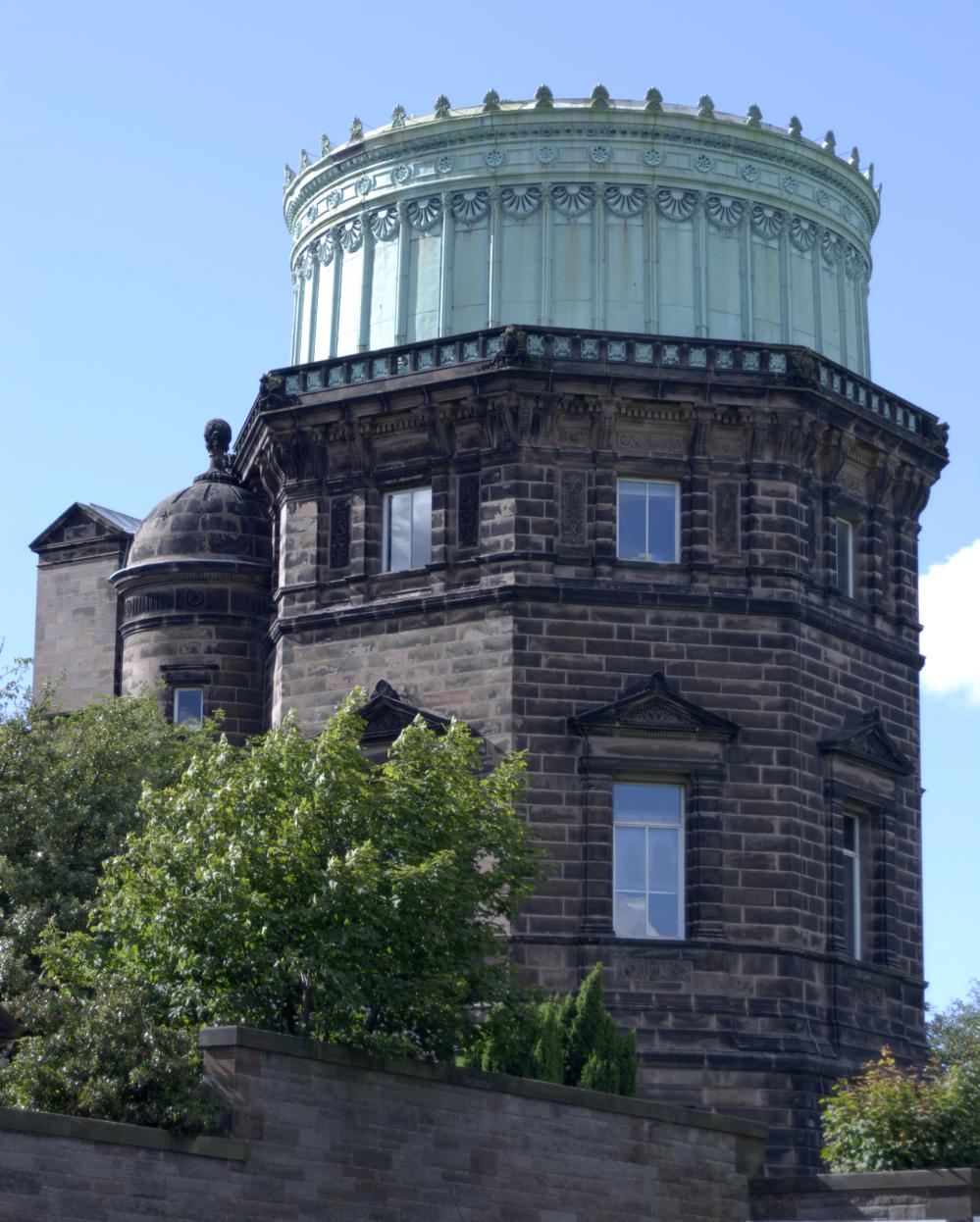 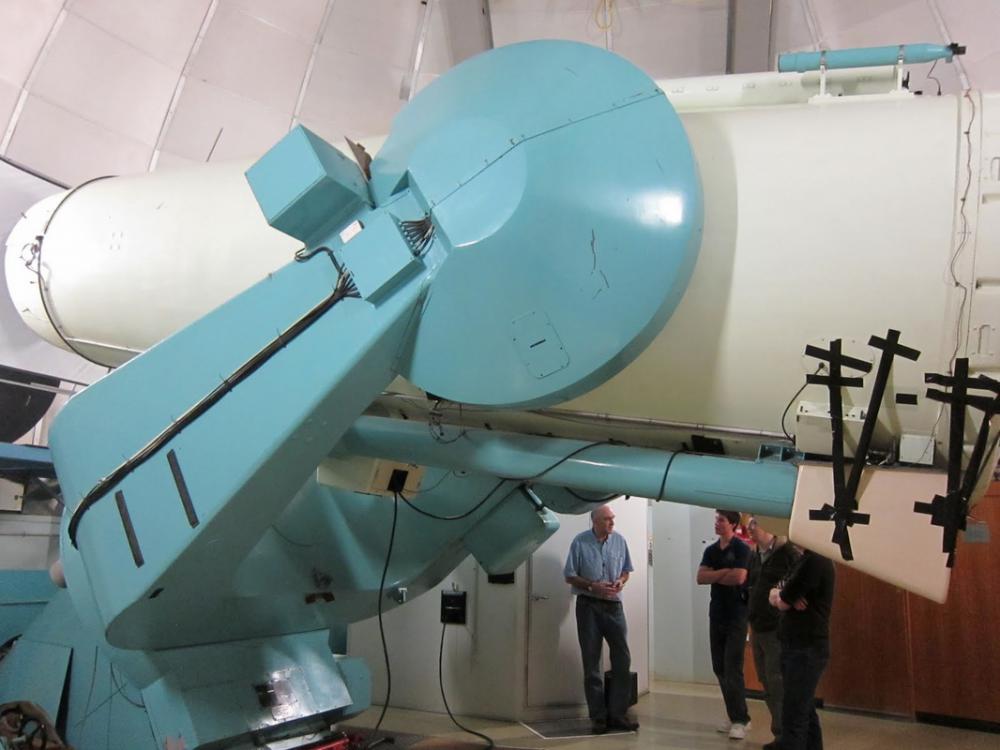 Directors of the ROE

Directors were initially the astronomer Royal of Scotland,
who was at the same time Regius Professor in Edinburgh, created by George III in 1785:

Thereafter, the personal unit of Astronomer Royal and Regius Professur was dissolved
(Astronomer Royal has been John Campbell Brown from the University of Glasgow since 1995).
Directors of the ROE were thereafter:

The two cylindrical copper domes on top of the East and West Towers were refurbished in 2010.

In 1965, the ROE moved from the responsibility of the Scottish Office into the new "Science Research Council" (SRC), reorganized in 1981 as "Science and Engineering Research Council" (SERC).
A Visitor Centre is responsible for public events like lectures or star gazing for the public, and also educational events for schools. 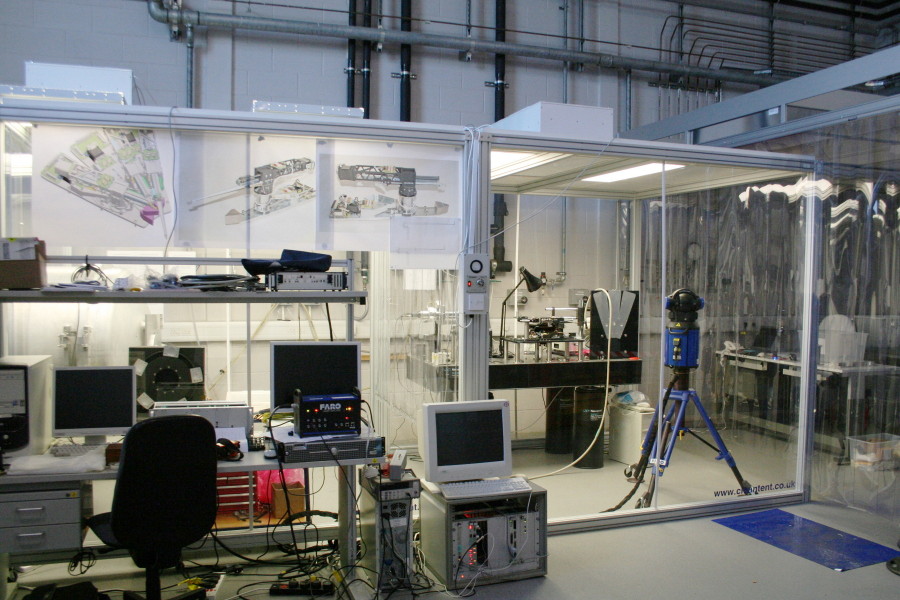 From 1961 to 1973, the ROE erected the Earlyburn Outstation 30km from the city; this was used for optical tracking of artificial satellites. Seven Asteroids were discovered.

Because of the rainy and foggy weather in Scotland, outstations were used. In addition, a 16/24-inch (40/60cm) Schmidt Camera, a twin of the ROE, was operated inthe outstation on Monte Porzio near Rome until 1978.

The Royal Observatory is responsible for the operation of the UK Schmidt Telescope (1.2m diameter) near Coonabarabran in New South Wales in Australia (1973). But nowadays more important is the cooperation with the important Mauna Kea Observatory (4205m) in Hawaii. There is the British infrared telescope with a mirror diameter of 3.8m (1979).