In 1811, King Frederick VI of Denmark accepted, that a first university, Universitas Regia Fredericiana (Royal Frederick University) should be founded in Christiania (today: Oslo) in Norway - opened in 1813. Already  in 1814, Norway declared its independence. 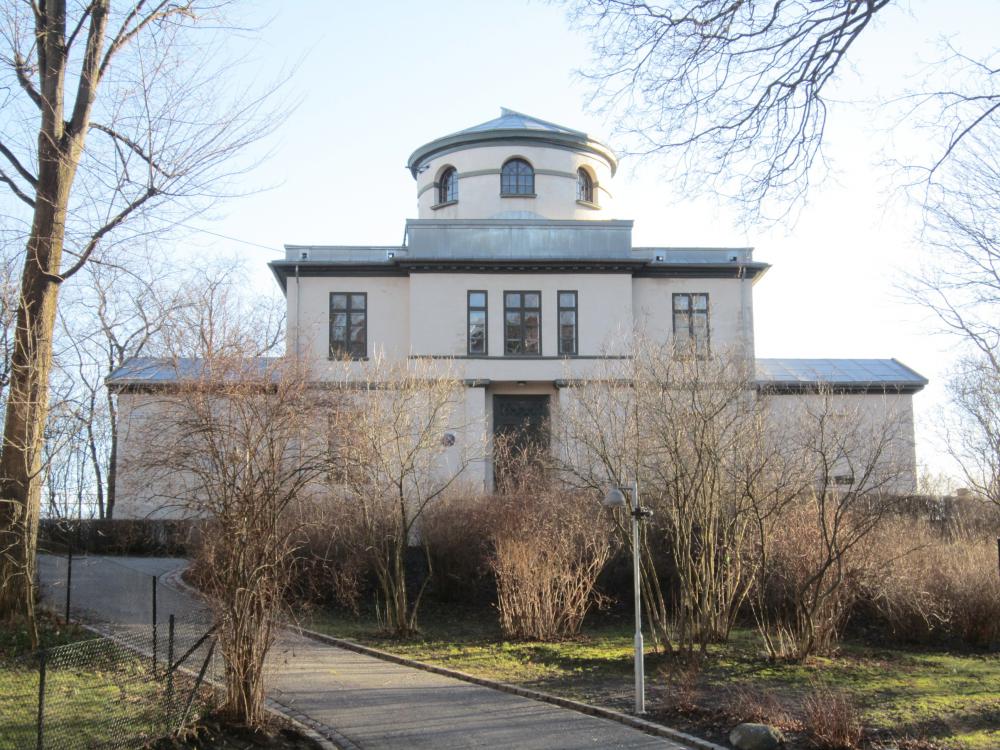 Astronomical Observatory of the University in Christiania, 1833

The Astronomical Observatory of the University in Christiania was  founded in 1815. The observatory, built in 1833, was the oldest building of the university. The architect was Christian Heinrich Grosch (1801--1865). He was first strongly influenced by the Danish classicism and his teacher Christian Frederik Hansen (1756--1845), then by the Prussian architect Karl Friedrich Schinkel (1781--1841). Schinkel made changes to the facade drawings of Grosch.
The roofs in the tower room could be opened for observing. 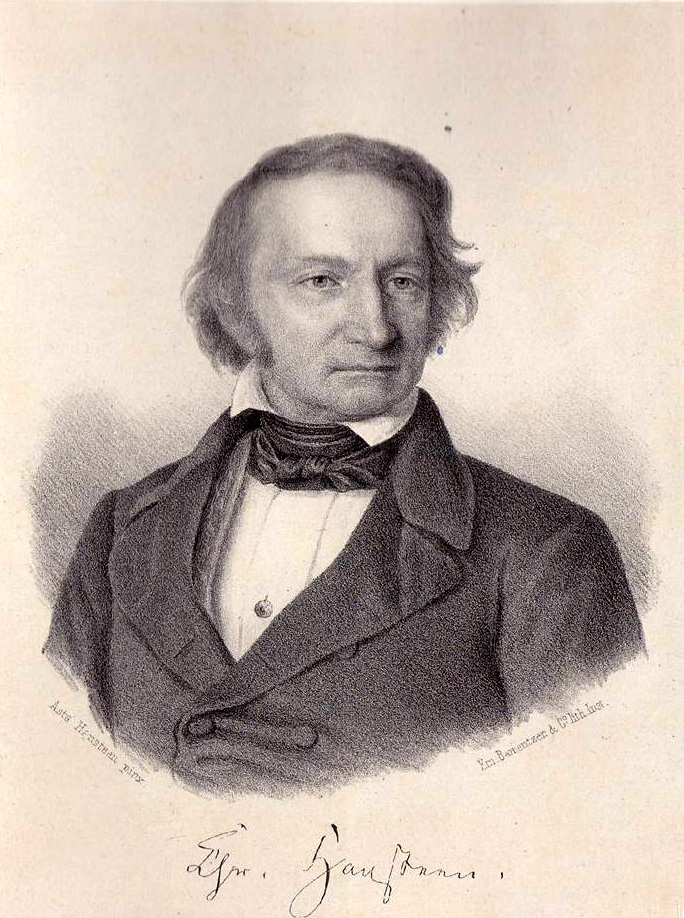 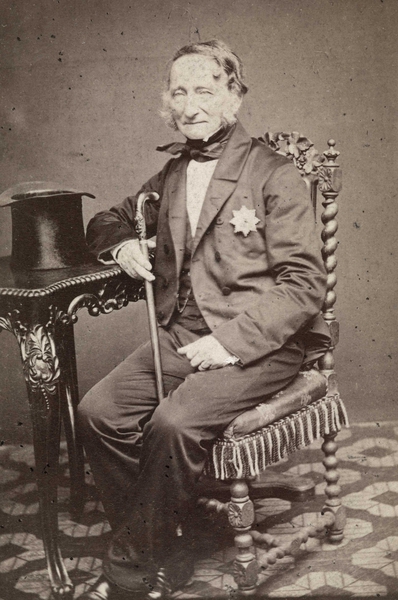 Christopher Hansteen (1784--1873) became the first director. He ordered the instrumentation for the observatory.
After studying law at the University of Copenhagen, his interest turned towards geomagnetism and astronomy; in 1811 he won a gold medal for a treatise on geomagnetism which was later expanded and published as Untersuchungen über den Magnetismus der Erde (1819).
In addition, Hansteen participated in the Siberian geomagnetic expedition (1828).
The total solar eclipse of 28 July 1851 was observed in Christiania. The Merz/Olsen Equatorial Refractor was used e.g. for observing lunar occultations, partial solar eclipses, and the transits of Mercury in 1891 and 1907.
The emphasis of research was astronomical, cartographical (surveying), and magnetical (geodetic) studies.
The University Observatory was closed down in 1934.
was measured: 59°54’43’’ (later improved to 59°54’43.7’’). In 1865, the longitude of Oslo Observatory was measured: 10°43’22.5’’ east of the Greenwich Observatory, where the internationally agreed zero meridian was established in 1882.
Carl Fredrik Fearnley was appointed as observator in 1844.
An important contribution of Oslo Observatory was the Meridian Circle astrometry program (1870--1887) for the Astronomische Gesellschaft Zone Catalogue (AGK) and its follow-up (1897--1907) to determine stellar proper motions. 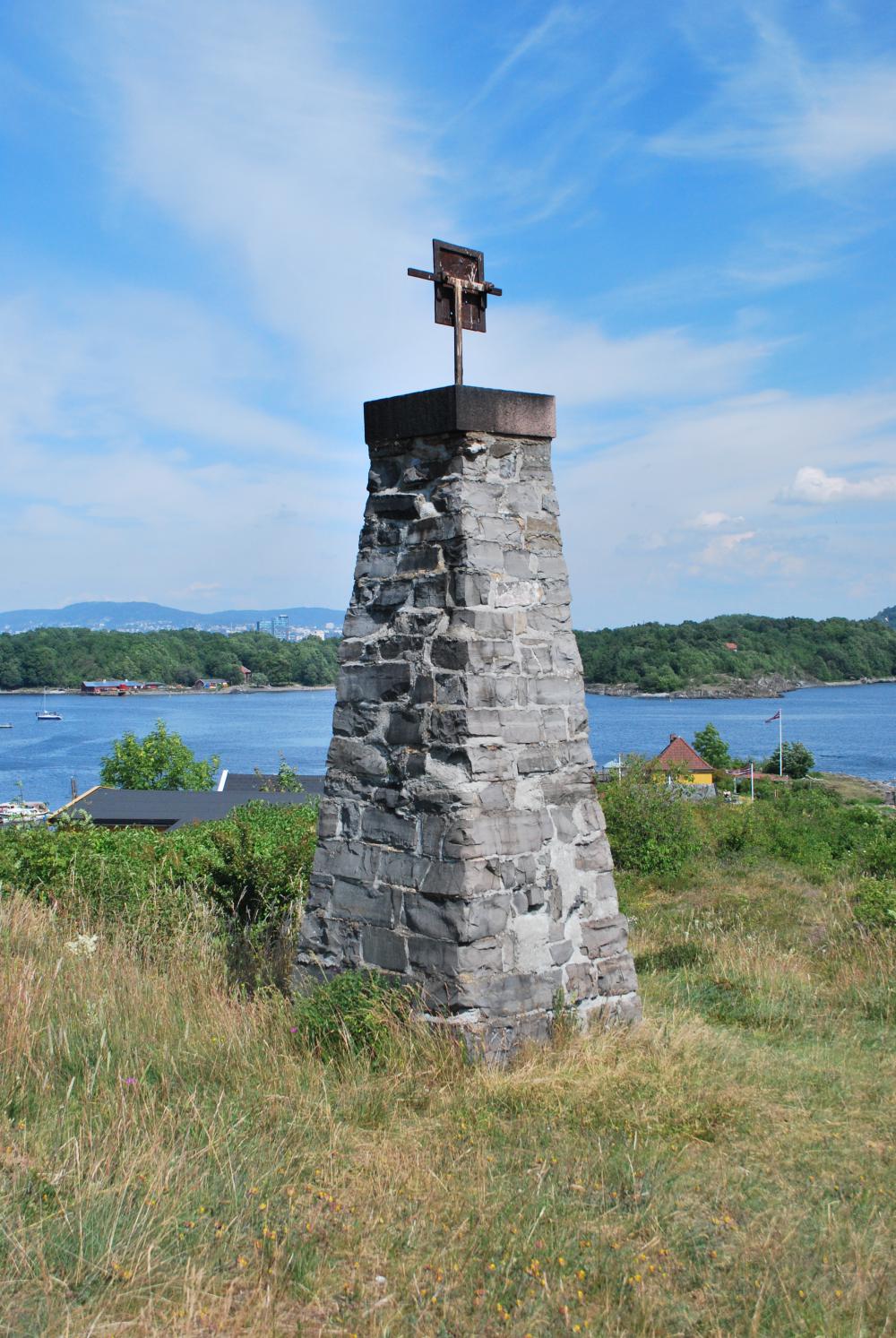 A sight mark is the so-called Oslo-Meridian, a local zero meridian:
This monument-like small stone cairn with an iron cross at the top was set up in 1833 on Lindøya in the Inner Oslo Fjord in a clear line of sight from the Christiana Observatory to find out as carefully as possible the eastern longitude for Christiania (Oslo) 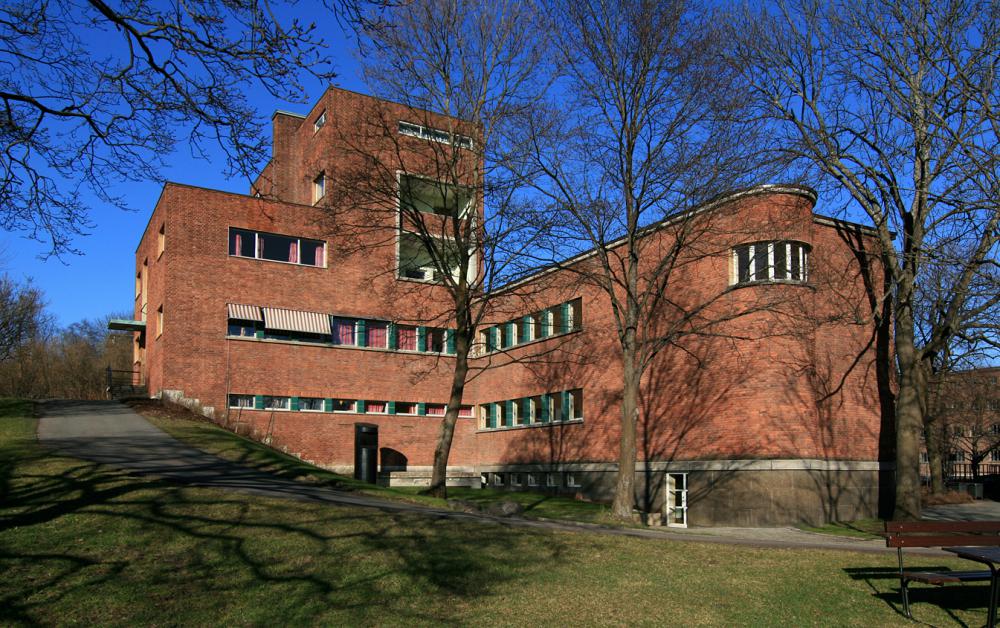 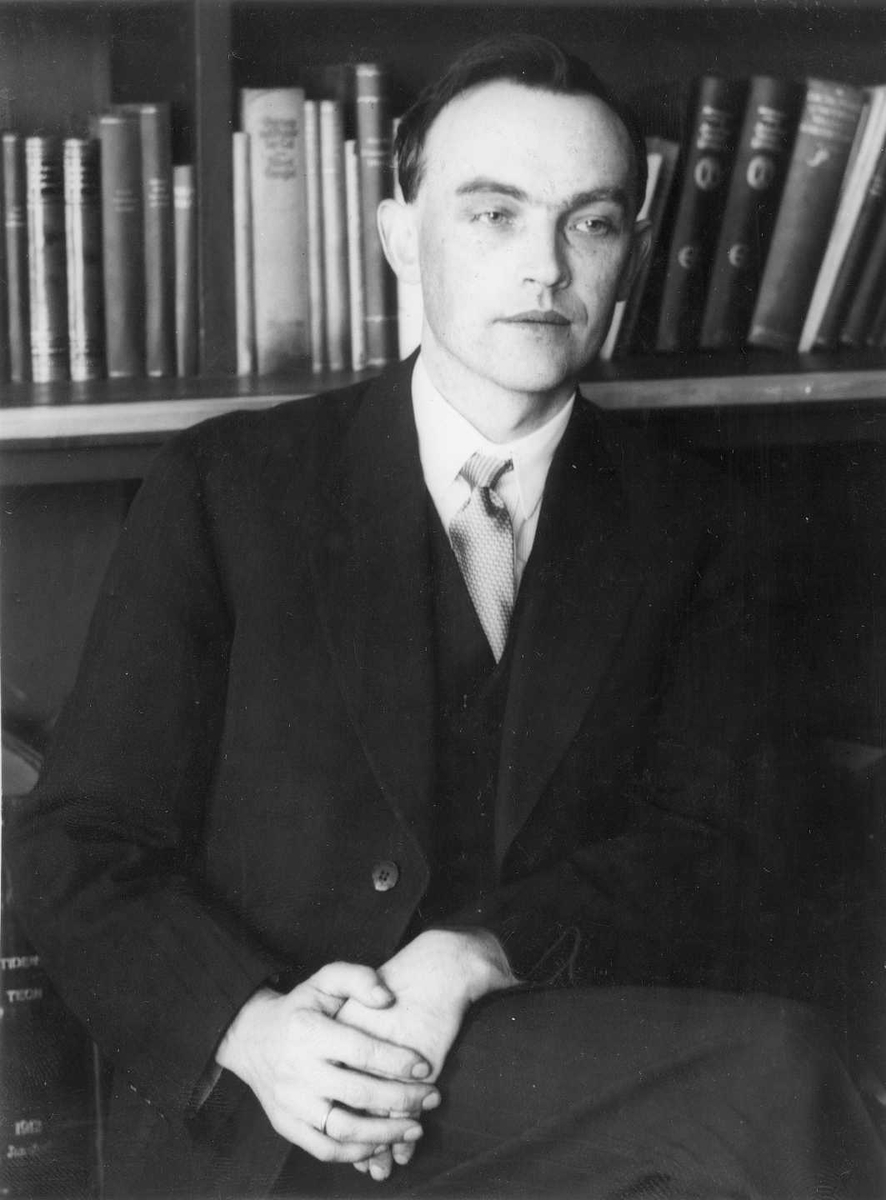 It is a research and teaching institute dedicated to astronomy, astrophysics and solar physics located at Campus Blindern, department of the Faculty of Mathematics and Natural Sciences at the University of Oslo. The building as well as the Oslo Differential Analyzer was financed in large parts by grants from the Rockefeller Foundation (Collett 1995, p. 33-36).

The institute housed the Oslo Differential Analyzer in its basement, used from 1938 until 1954.
The differential analyzer was constructed by the pioneer Vannevar Bush (1890--1974) at the Massachusetts Institute of Technology (MIT) in 1928/31 (Wildes & Lindgre 1986, p. 92); it could solve differential equations with as many as 18 independent variables (next step of development: Rockefeller Differential Analyzer (RDA), 1942).

Fig. 5b. Vannevar Bush and his Differential Analyzer in 1931 (www.nww2m.com)

After Svein Rosseland had visited the MIT for several months in 1933, and studied Bush’s work, he developed the Oslo Differential Analyzer, an analog computer, between 1934 and 1938/42 (Ulmann 2013, p. 25, Holst (1996)). It had twelve integrators (the original MIT machine had six), and could calculate differential equations of the twelfth order, or two simultaneous equations of the sixth order.
It was the most powerful differential analyzer in the world for four years after its creation. When it was dismantled, sections of it were put on display at the Norwegian Museum of Science and Technology.
The Oslo differential analyzer was based on the same principles -- important for the new research field theoretical astrophysics. 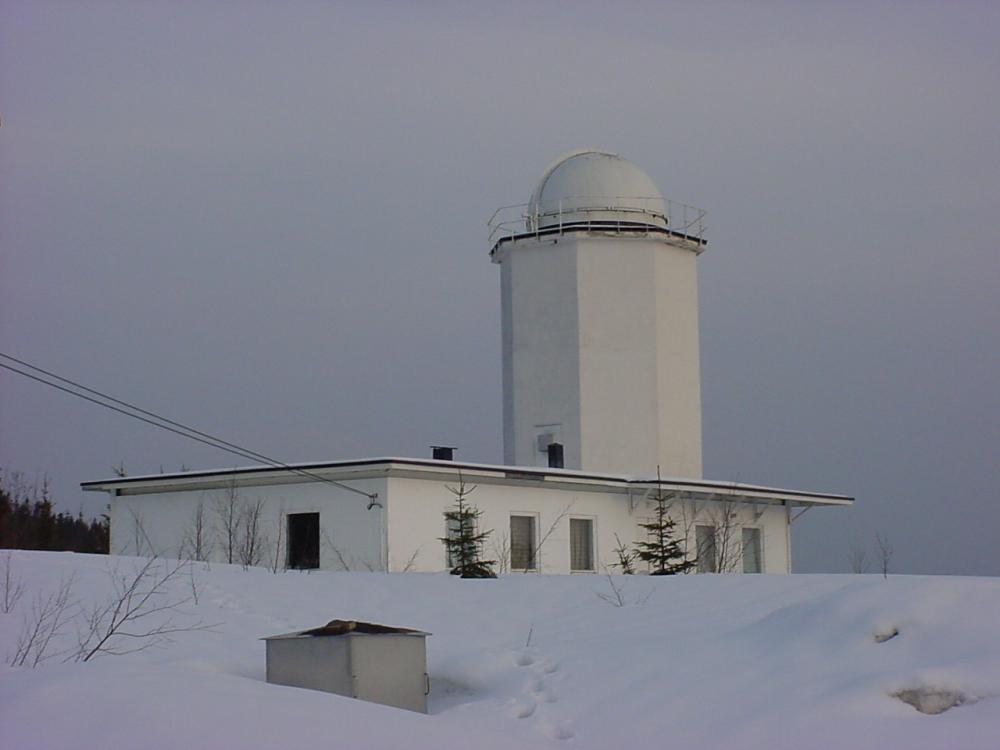 The Solar Observatory at Harestua is located 588m and is Norway’s largest astronomical facility. It was opened in 1954 and was used until 1986 for research on the Sun. The observatory is the only major scientific observatory in Norway and it was equipped with a very large solar telescope in a 20m high tower (12m above and 8m below the ground).

Since 1987, the Solar Observatory has been a course information center in astronomy for the school system in particular and the public in general. It was run by the University of Oslo until 1.9.2008.
Today, the site is run by the Tycho Brahe Institute, which is a non-profit corporation.

Solar physicists at the Institute of Theoretical Astrophysics (ITA) have routinely been using the Swedish Solar Telescope since it saw first light in 2002. 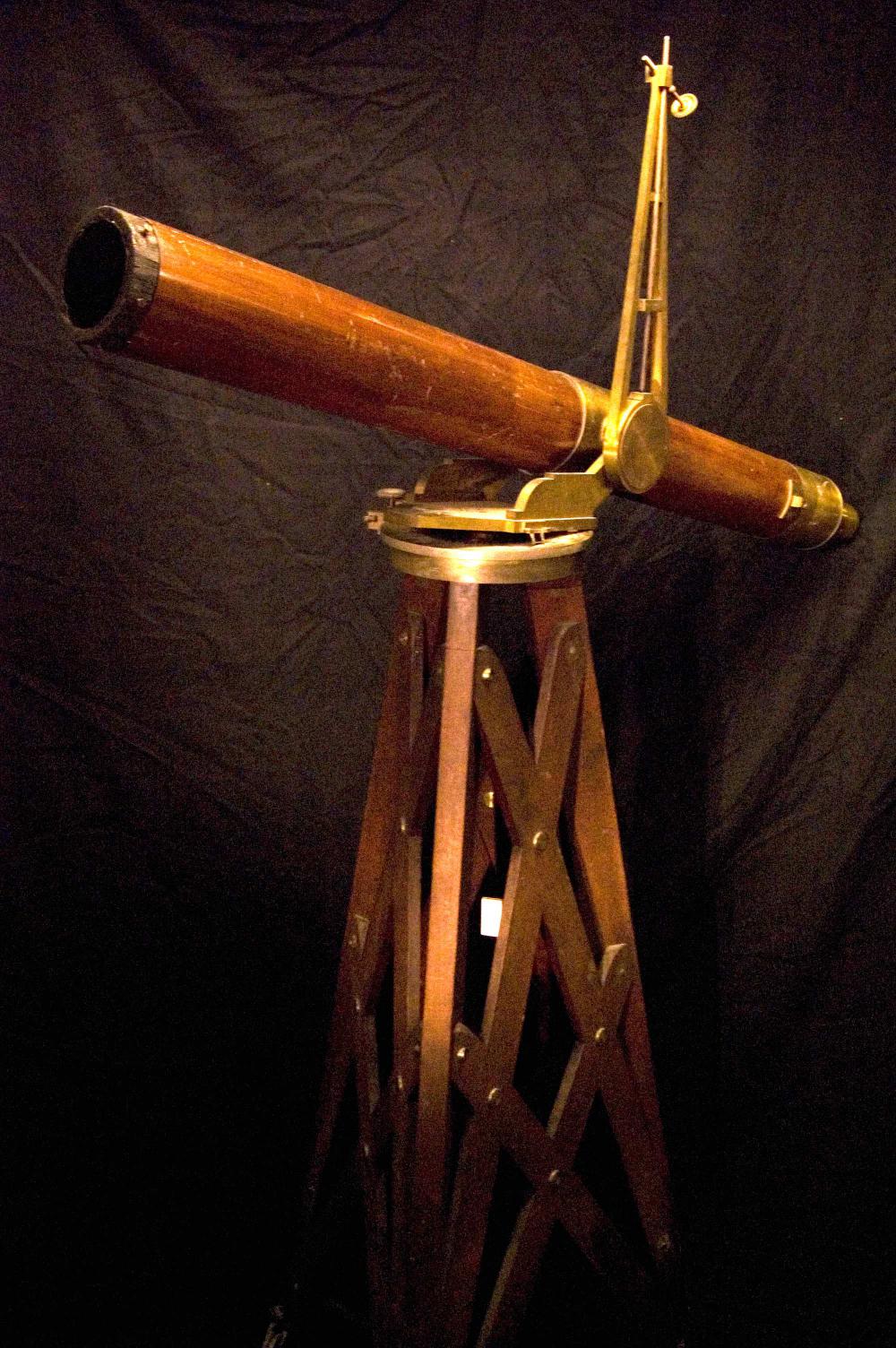 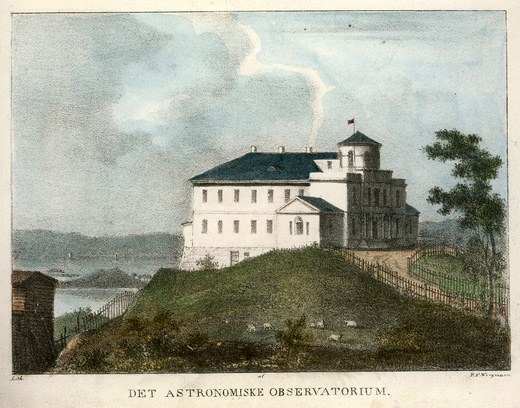 Until 1935, the building of Oslo University Observatory was equipped as an observatory, later it has been used for other purposes. Among other things, the Center for Ibsen Studies was located here in the years 2000--2010. On the occasion of the 200th anniversary of the University of Oslo, the building was restored. All instruments were returned after having been preserved at the Norwegian Technical Museum in 2010--2011. 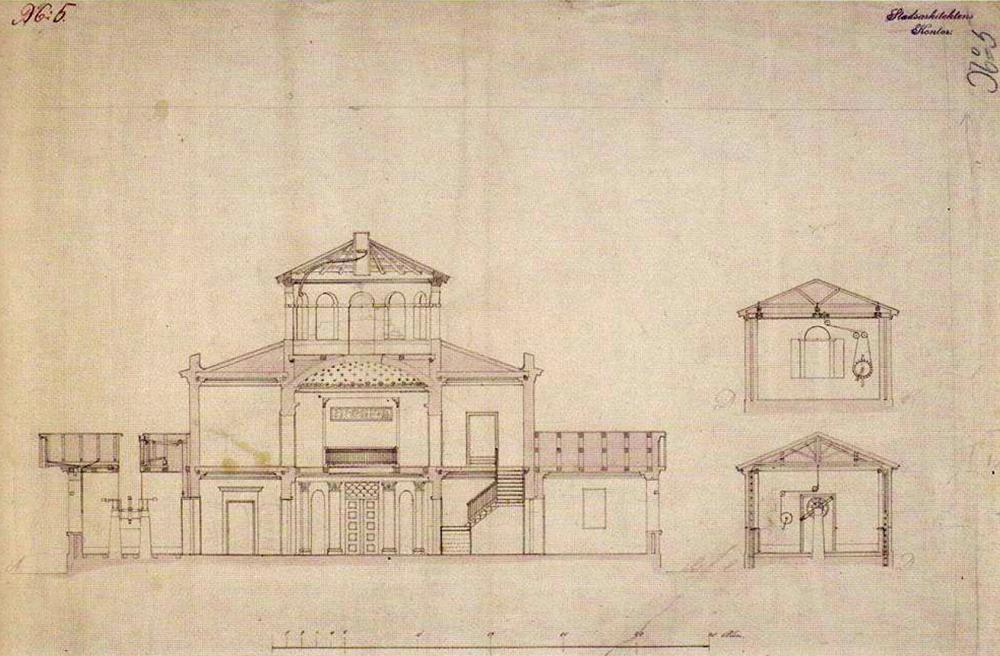 Cf. the Observatory in Altona. Draft sent by Schumacher to Hansteen in 1827.

The building is converted into a science center for schoolchildren in the Oslo area after the restoration.

Until 1935, the building was used as an observatory for astronomical research, since 1934,
the Institute of Theoretical Astrophysics (ITA), Campus Blindern, was used.