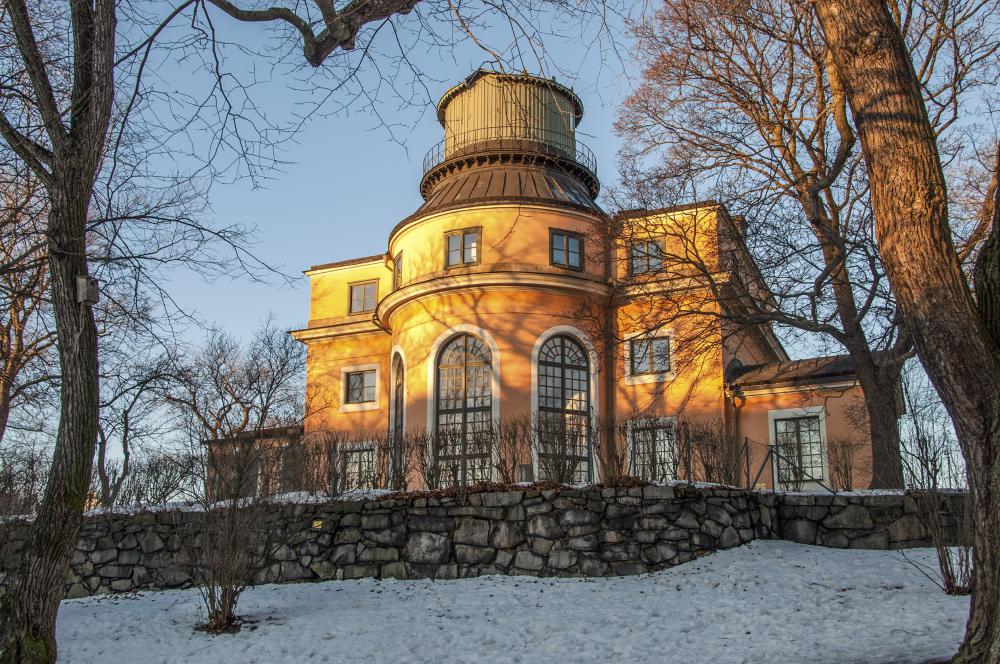 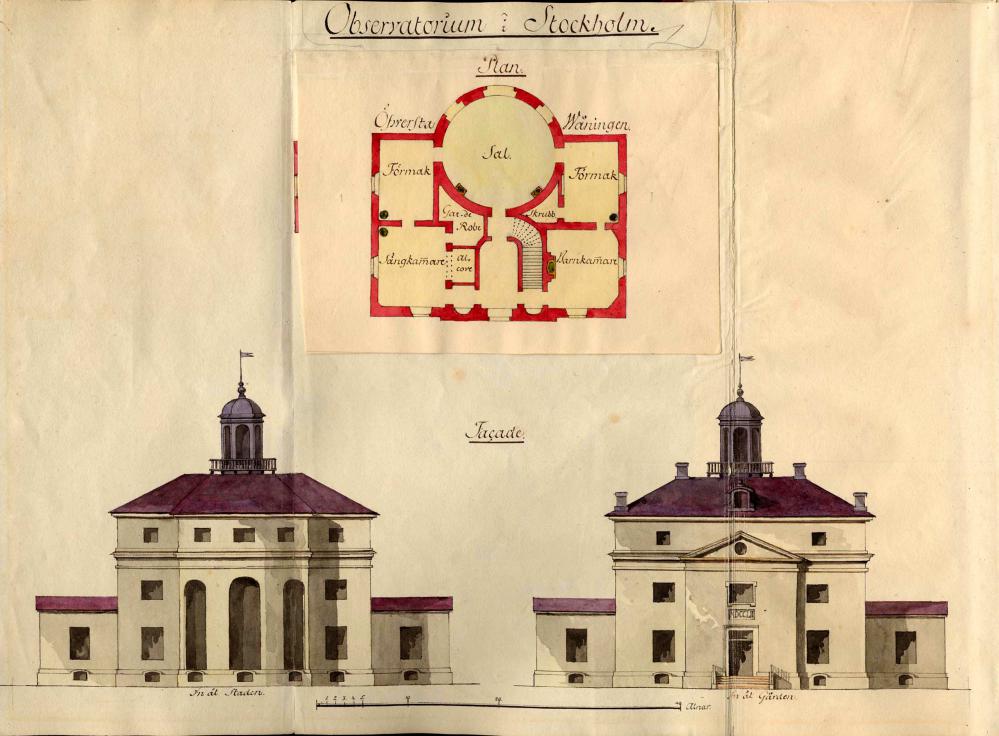 Fig. 1b. Stockholm Observatory with a small turret, drawing by Olof Tempelman in 1797 (Center for History of Science at the Royal Swedish Academy of Sciences)

The Stockholm Observatory, the second oldest observatory in Sweden after the Celsiushuset in Uppsala (1741), was founded in 1748, built by Carl Hårleman (1700--1753) in Swedish rococo style, and inaugurated in 1753. Due to the high central body, the observatory building gets its character. The building’s circular room shape is marked in the bulge of the façade.
Hårleman had already designed the old Uppsala Observatory. Pehr Elvius the younger (1710--1749), a student of Anders Celsius (1701--1744) at Uppsala, was astronomer, founding member and secretary general to the Royal Swedish Academy of Sciences (1739), had promoted the idea of a Stockholm Observatory. 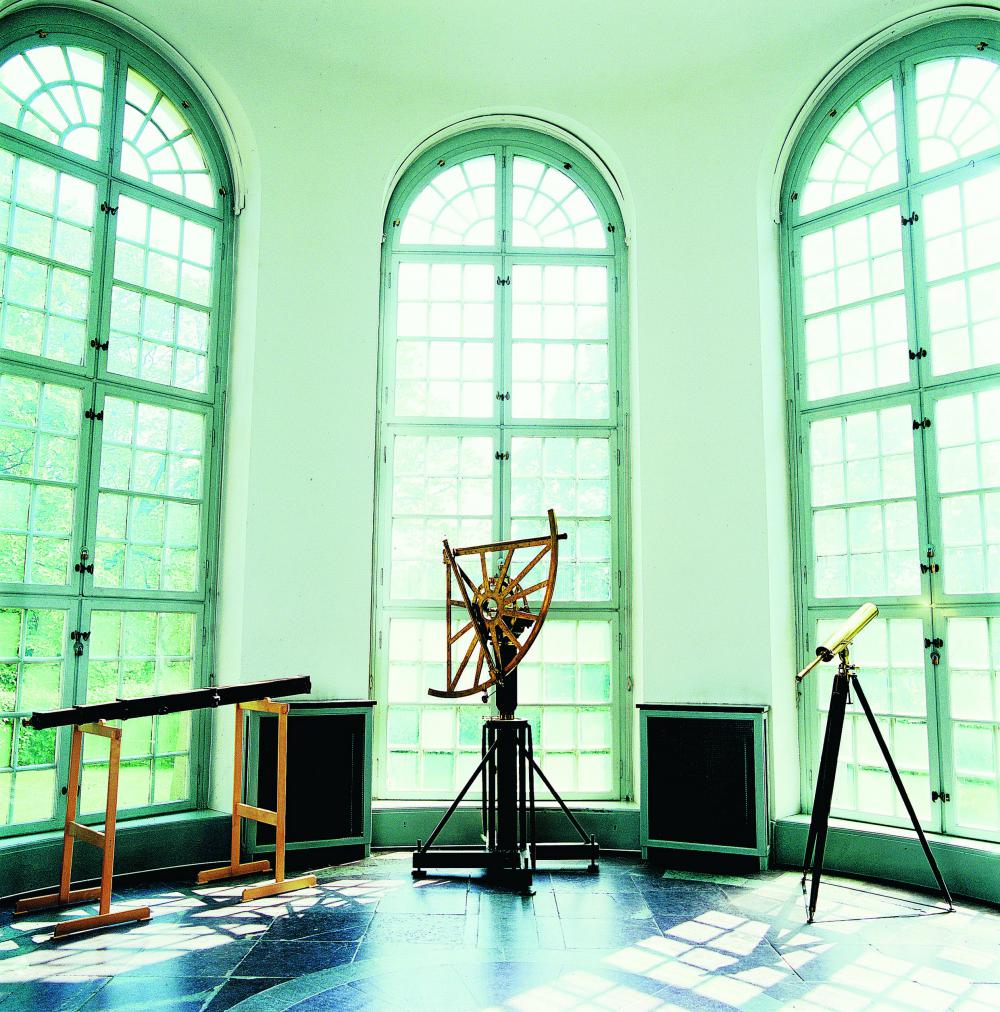 The design of the Stockholm old observatory is not a tower observatory, but a building with a main room for observations in the ground floor, this round central room was oriented towards the south. Exhibited are now (cf. Fig. 2) from the left a John Dollond achromatic refractor, which belonged to Samuel Klingenstierna (1698--1765), and was bought in 1760, a quadrant by John Bird from 1757, and a Gregorian reflector by William Cary, ca. 1800.

The Meridian Room was in the room farthest to the east, here  Stockholm’s local time was determined. In the 1820s, when the premises were redistributed, these observations were moved to an adjoining room with a newly acquired telescope. These daily observations to determine local time and also Swedish time lasted until 1900, when they switched to GMT (Greenwich Mean Time); then the Swedish time had to be changed by 14 seconds.

The first director was Pehr Wilhelm Wargentin (1717--1783), who became after his magister in philosophy in 1743 a docent in astronomy in 1746, and an adjunct in 1748. Then he served since 1749 for a long time as secretary of the Royal Swedish Academy of Sciences. His interest was observing the moons of Jupiter; the publication appeared: Specimen astronomicum, de satellitibus Jovis (Uppsala 1741).

An especially important activity of the Swedish astronomers were the transits of Venus in 1761 and 1769 with international cooperation. 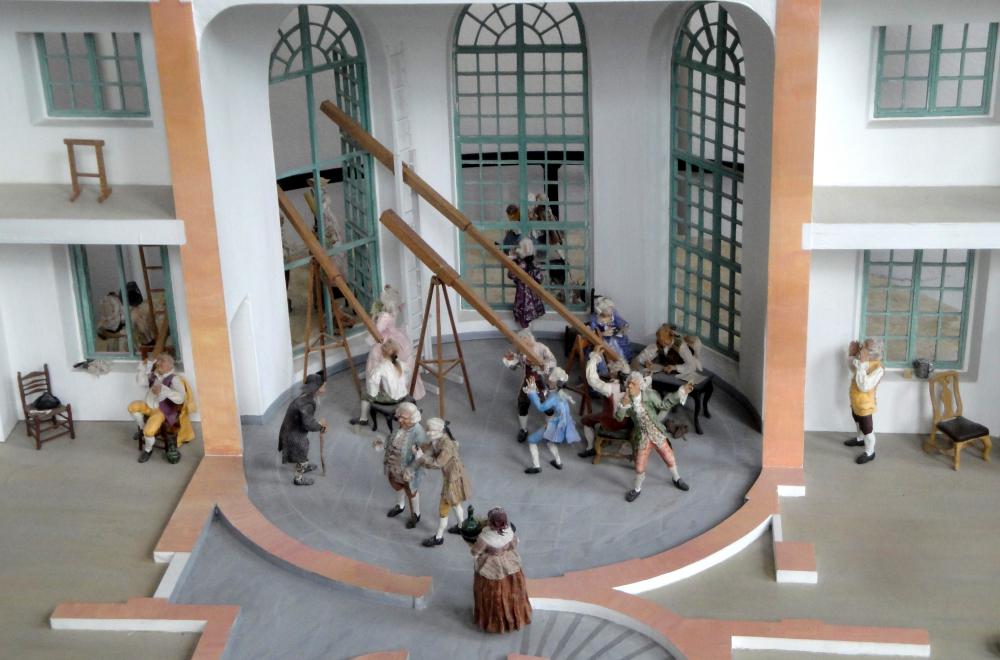 Remarkable research items are the records of daily weather observations from the observatory going back to 1756. In the Weather Chamber there is a temperature loop that shows the average temperature during the warmest (July) and coldest (February) month of the year from the 18th century, since Wargentin’s time, until today. Three times a day, temperature and rainfall have been measured at the observatory since 1756, and this is therefore the only place in the world, where the weather has been observed continuously for more than 250 years (air temperature, air pressure, rainfall, cloud amounts, snow depth). Today, the Swedish Meteorological and Hydrological Institute (SMHI) is responsible for the measurements which are important for climate studies due to its long-term sustainable observational standards and high-quality time series data.

In 1838 a magnetic house was built and magnetic measurements were started. The Stockholm Observatory was enlarged: An extension and a new tower with dome were built in 1875 by architect Johan Erik Söderlund, and in 1881 additional wings were built.

In the 19th century astrophysics started in Stockholm. Famous directors were Hugo Gyldén (1841--1896) from Helsinki, director since 1871, specialist in celestial mechanics and early promoter of astrophotography the 1880s, and Bertil Lindblad (1895--1965), director since 1927, who studied the theory of the rotation of galaxies. Due to the growing city and the deteriorating conditions for observations, Lindblad had to organize the observatory’s move from the old building in the centre of Stockholm to a newly built Saltsjöbaden Observatory on Karlsbaderberget, which was opened in 1931, designed by the architect Axel Anderberg. 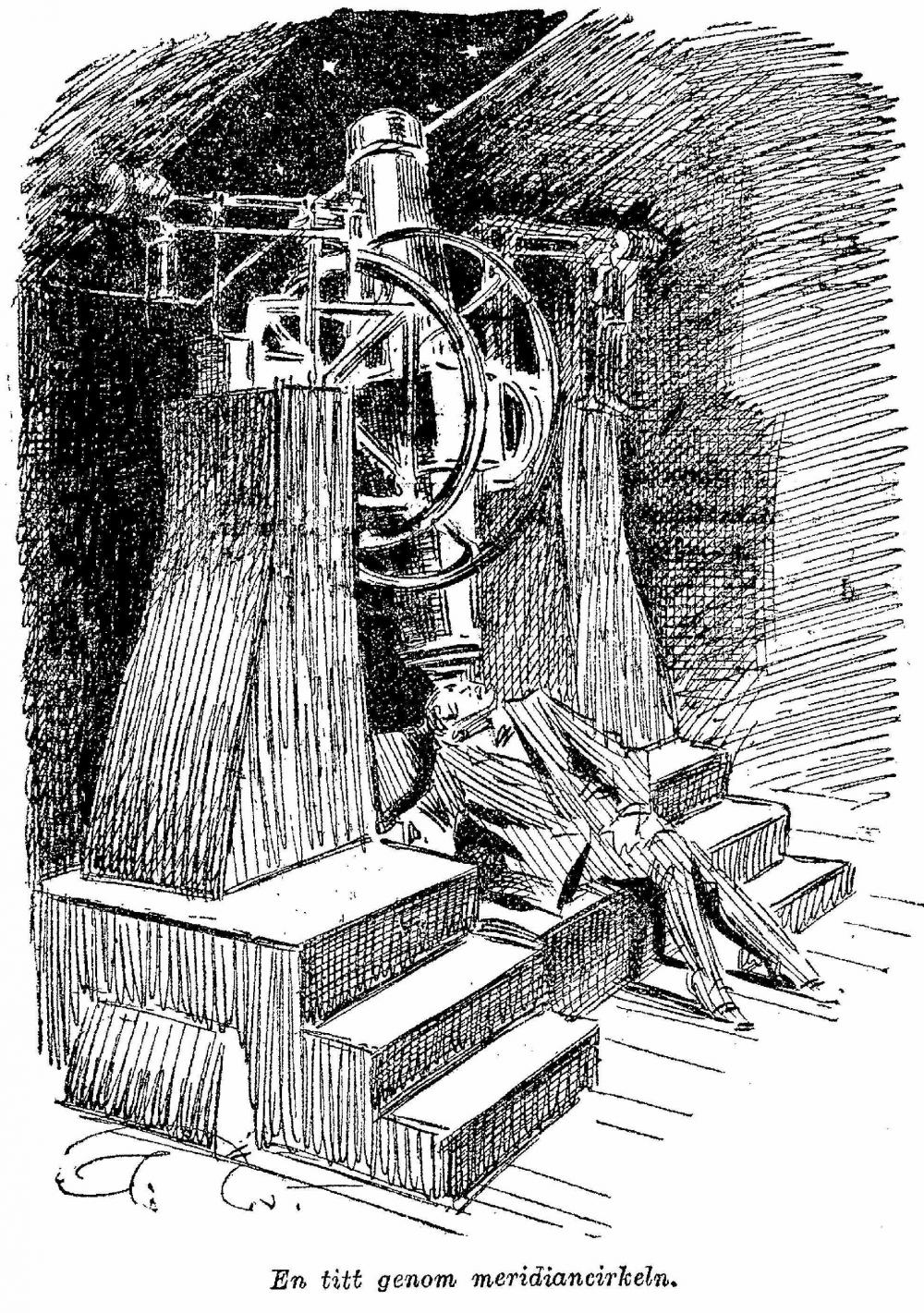 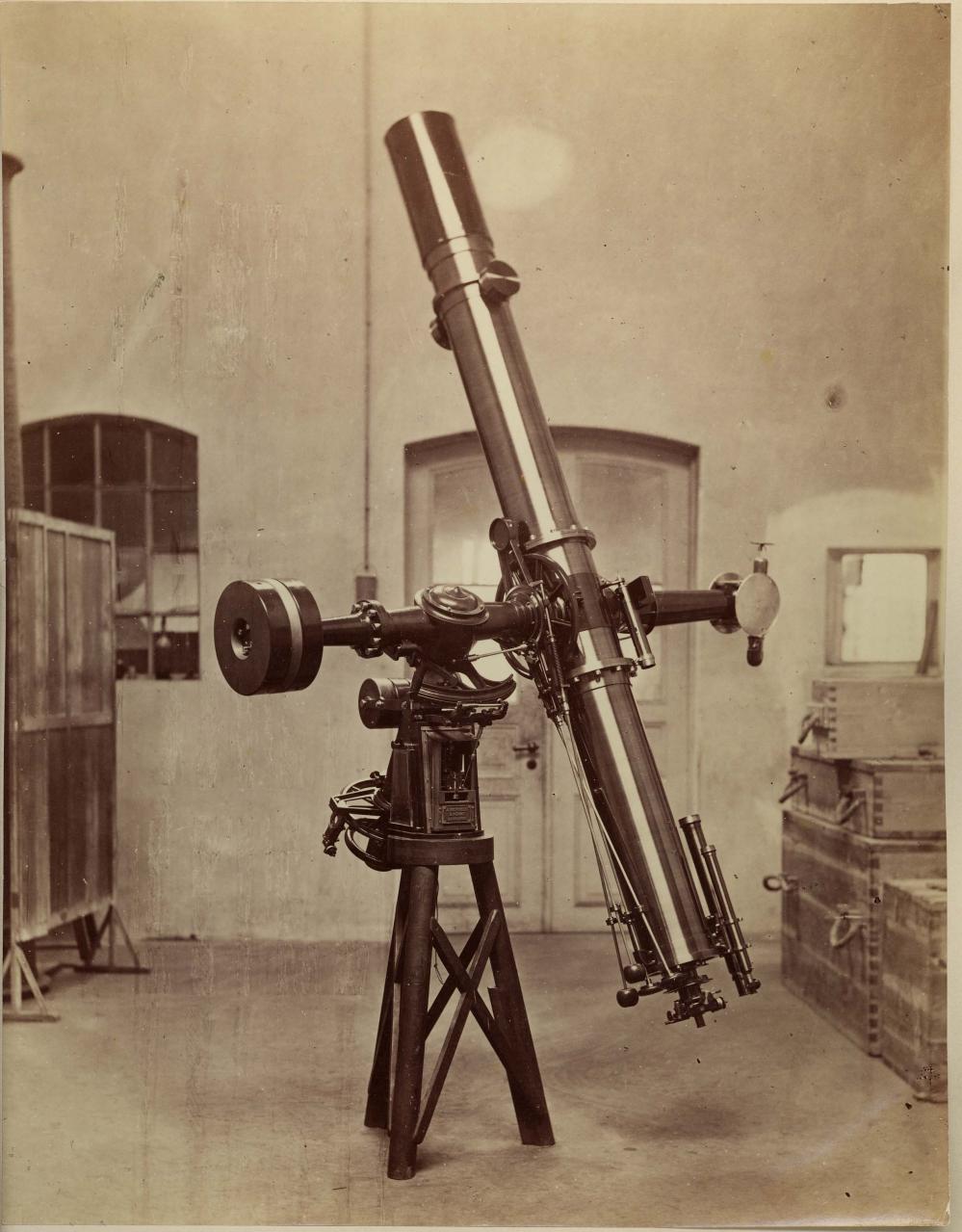 Fig. 4b. Refractor, mounting made by A. Repsold & Sons of Hamburg, optics made by Merz of Munich (1877) (© Inga Elmqvist Söderlund)

Instruments of Saltsjöbaden Observatory, Södermanland, 1931 to 2001 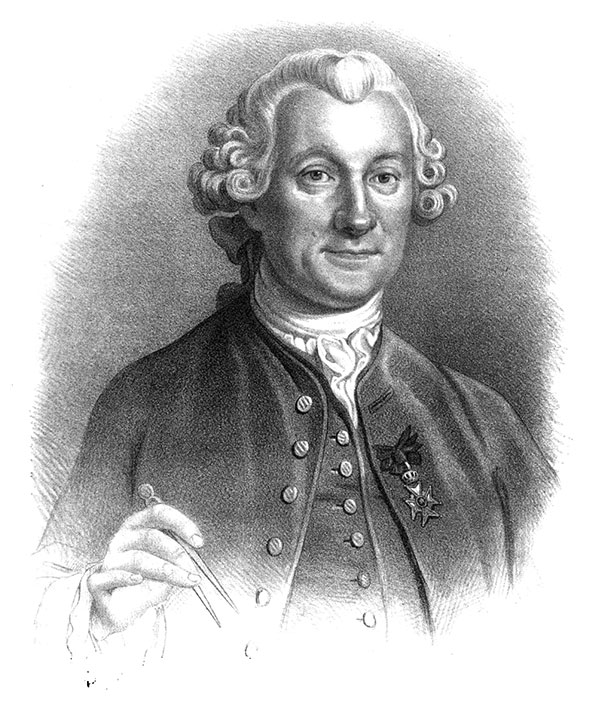 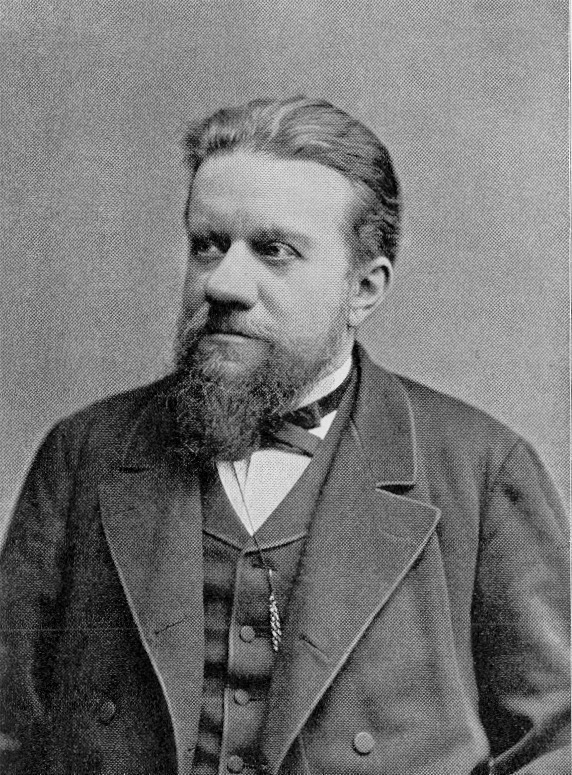 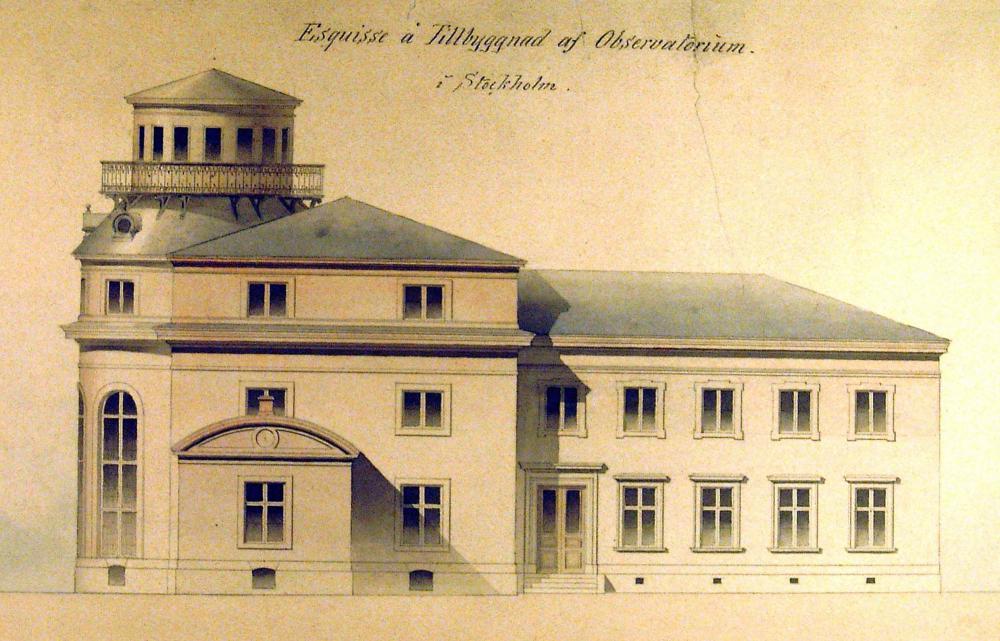 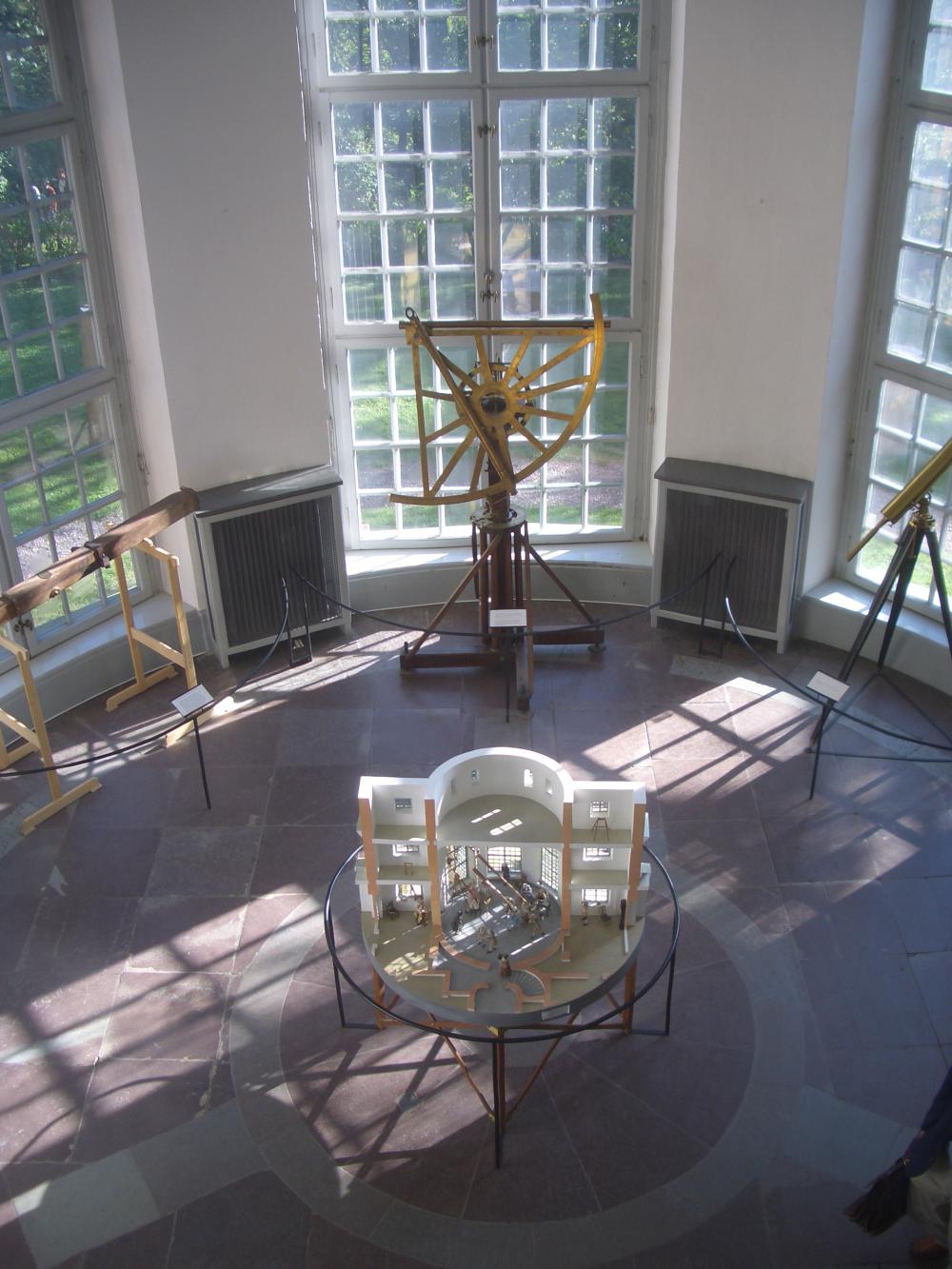 The layout of the rooms of Stockholm Observatory is similar to the observatory of Kremsmünster, built just after it. Those two buildings, however, differ in the important aspect that the one in Kremsmünster is built as a very high tower.
In addition, King’s Observatory, Kew, Richmond (1769) and Gotha Observatory (1788) are very similar with the observing room in the ground floor. These observatories, Stockholm, Richmond and Gotha, later added a dome on the roof for a refractor.
One should also mention the Kassel tower observatory connected to the Fridericanum, built by Simon Louis Du Ry (1726--1799), inspired by Bologna Observatory, but Du Ry was also an apprentice of Hårleman, 1746 to 1748.

After the move to Saltsjöbaden, the building of old Stockholm Observatory was sold to the City of Stockholm. It was then rented by the Department of Geography at Stockholm University; they remained until 1985. The Royal Swedish Academy of Sciences bought it back in 1999. 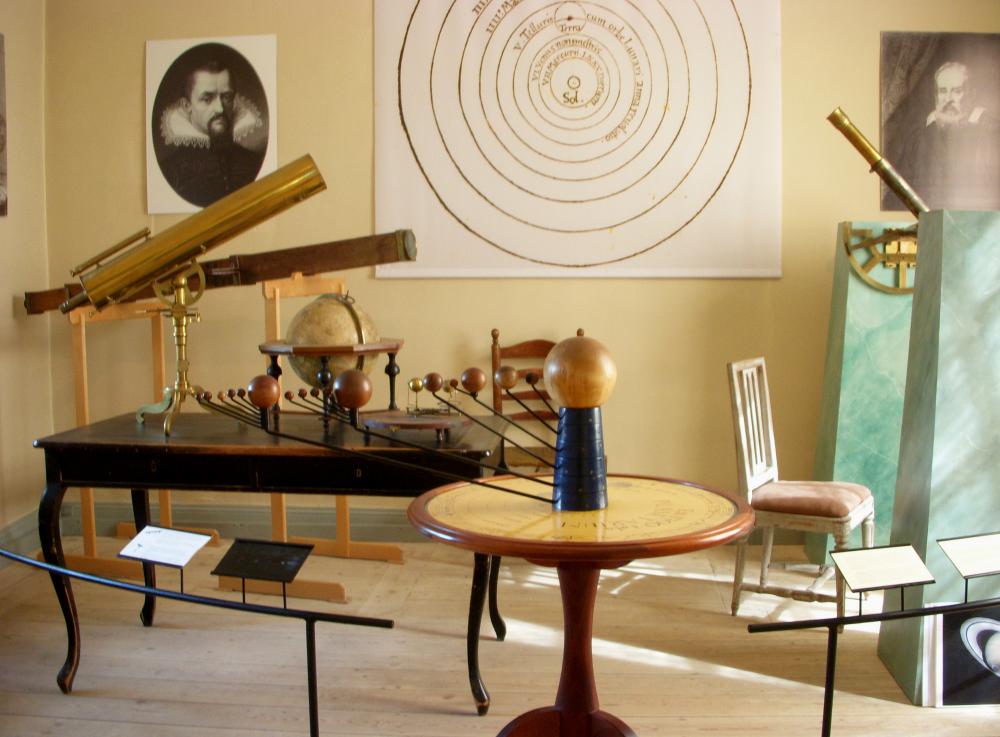 
In 1991, a museum was inaugurated for permanent and temporary exhibitions. The permanent astronomical exhibition included Wargentin’s study, the Old and New Meridian Room, the Observation Hall with the instruments and the Venustransit model, the Clock Room, the the Weather Room, and the Natural History Cabinet. The Observatory Museum, which has been run first by the Observatory Hill Foundation and since 1999, by the Royal Swedish Academy of Sciences, was closed in 2014.

In 2017, the Education Administration in the City of Stockholm wrote a letter of intent: "The City of Stockholm wants to create a unique platform for collaboration between schools, academia, museums and non-profit organizations." In April 2018, SISAB (School properties in Stockholm AB) acquired the property, thus it is again in city’s ownership. Together with the education administration and the House of Science, it is planned to open the Stockholm Observatory for students and teachers. The House of Science aims to increase children’s and young people’s interest and knowledge in science, technology and mathematics by hands-on activities in inspiring environment.

The Stockholm Observatory is no longer used for astronomy.
The research institute was transferred from the Academy to the Stockholm University in 1973. 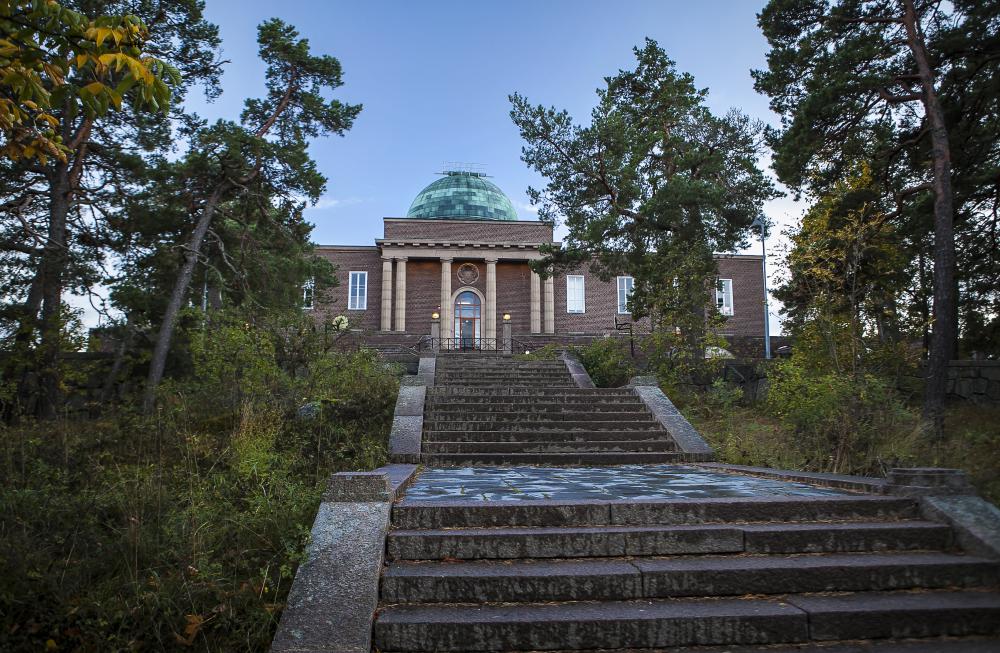 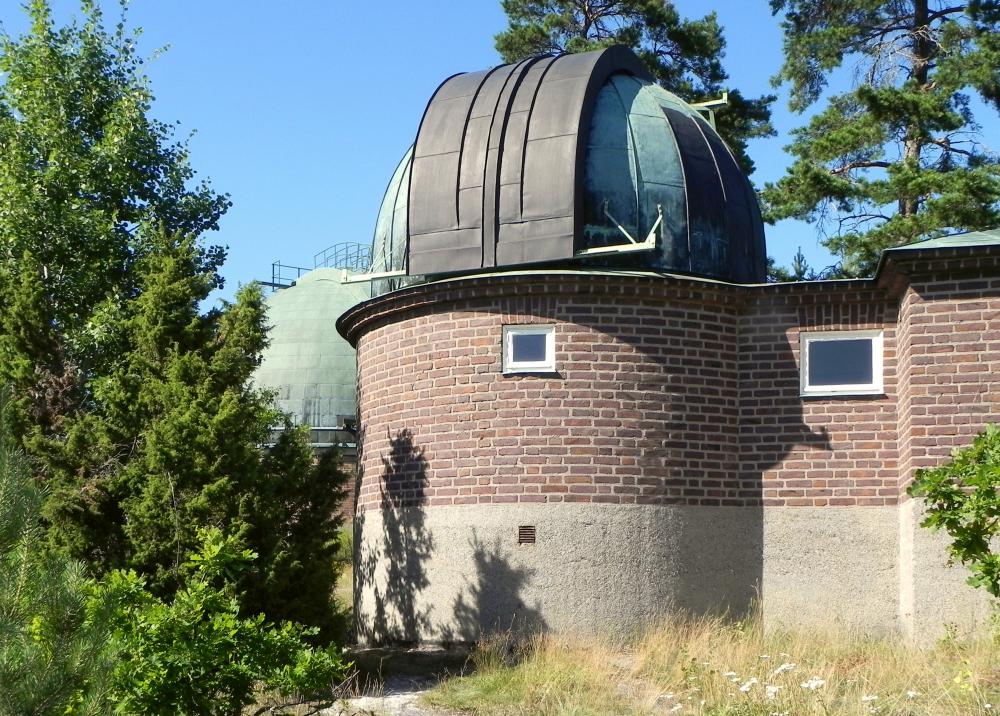 From 1931 to 2001, the Stockholm Observatory was located in the Saltsjöbaden. 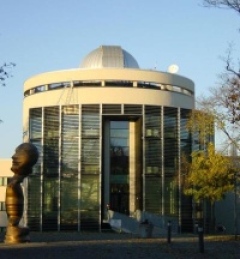 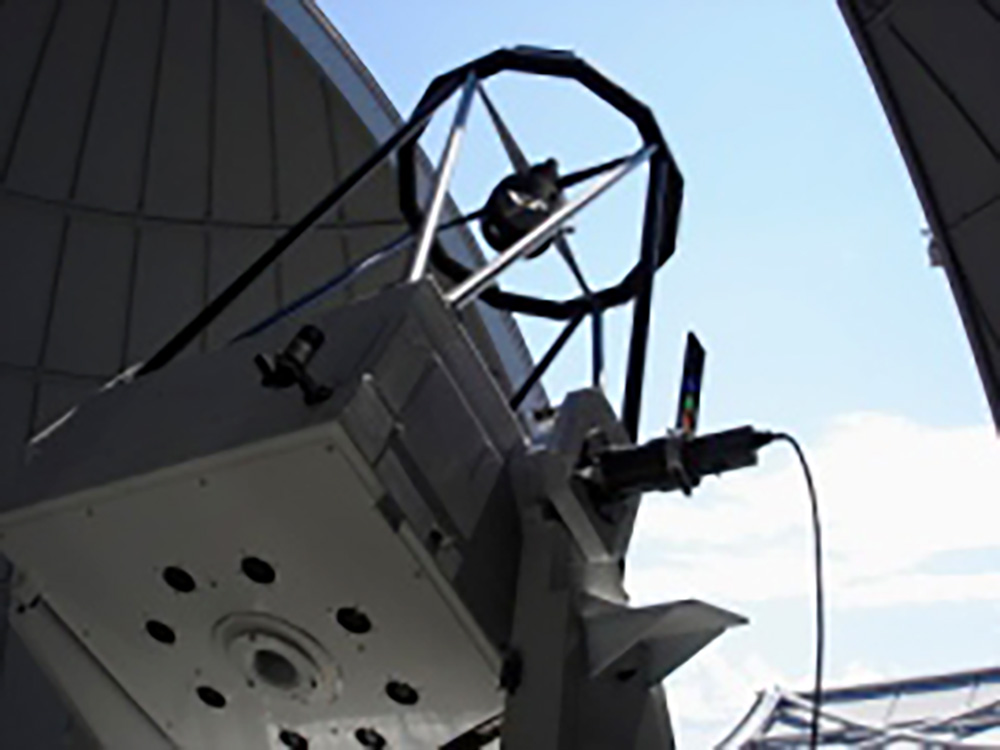 But after that the operations were moved to a new astronomy, physics and biotechnology center, AlbaNova University Centre, north of Roslagstull (59°21’14’’ N, 18°03’29’’ E); the main building was designed by Henning Larsen and in year 2001. 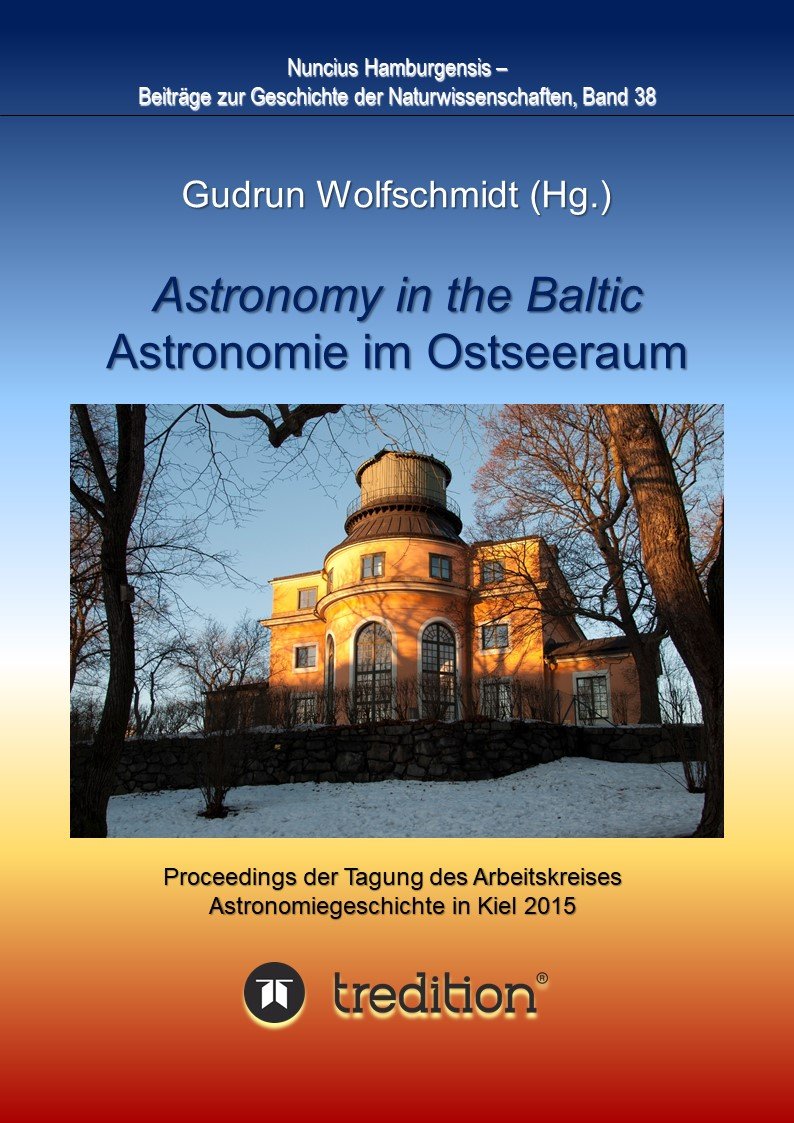