At the site known as Deir el-Bahari, municipality of Luxor (West Bank), province of Qena, Egypt. It is site TT353 within the Theban necropolis.

The tomb itself was never finished and consists of a long descending corridor leading to a pair of successive chambers. Of these, the first, Chamber A, is extensively decorated with paintings and high reliefs. 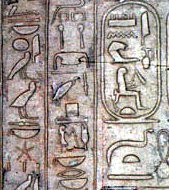 The four walls are decorated with religious texts, including archaic versions of the pyramid texts where, for example, the ‘imperishable stars’ are mentioned among other ancient Egyptian star groupings. However, the most important component of the chamber is the astronomical ceiling containing the oldest version of an Egyptian celestial diagram ever discovered. The diagram is divided into two sections, a northern and a southern one. The former includes the earliest known mention of the 12 months of the Egyptian civil calendar and representations of the northern constellations, including Meskhetyu. The southern section includes a putative list of decans and a list of the Egyptian versions of the planets visible with the naked eye, apart from Mars, which is surprisingly absent. It has been argued that the diagram could be a monumental version of a papyrus scheme prepared for the construction of a clepsydra. 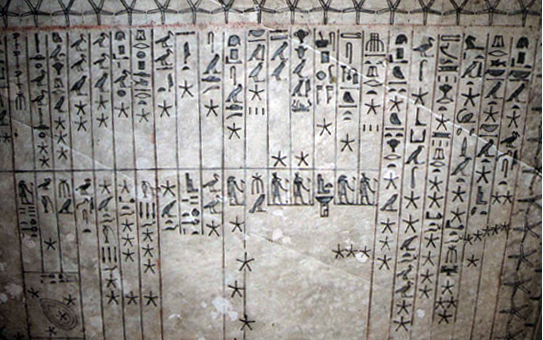 Fig. 2. The celestial diagram in the astronomical ceiling of the tomb of Senenmut includes a list of the decanal stars. Photograph © Juan Belmonte 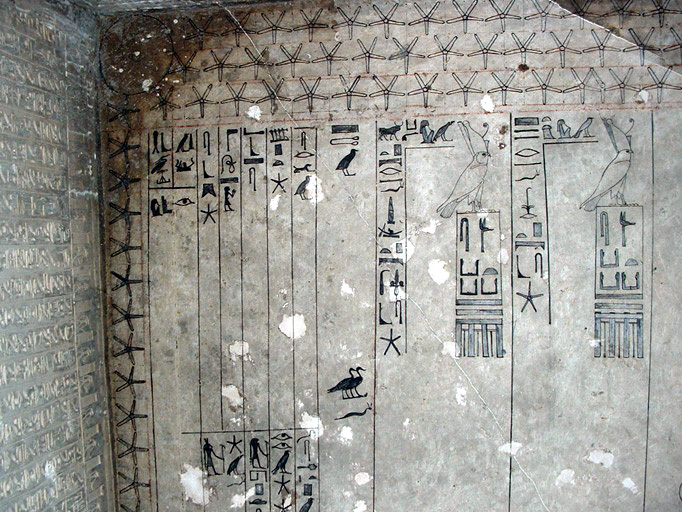 Fig. 3. The celestial diagram in the astronomical ceiling of the tomb of Senenmut also includes the earliest representation of the planets, with the notable exception of Mars. Photograph © Juan Belmonte

Senenmut, Queen Hatshepsut’s (c. 1470 BC) architect and chancellor, was a powerful man in his time. He was permitted to build this tomb very close to the Million Year temple of his mistress, the queen pharaoh, a rare privilege for a person of non-royal blood. After the death of the queen he was forgotten, and TT353 was never completed. This circumstance may have contributed to the excellent state of preservation of the paintings and inscriptions.

The main importance of the site is the presence of the earliest known celestial diagram. This apparently reflects a mixture of two different astronomical traditions, which can be traced in later astronomical ceilings.

Similar ‘documents’ can be found in the astronomical ceilings of the tomb of Seti I at the Valley of the Kings and the Ramesseum, among others.

The site has recently been prepared for visitors but the decorations have not been altered.

The tomb is currently closed to the public. It is only accessible to a handful of specialists with special permits from the Supreme Council of Antiquities of the Arab Republic of Egypt (SCA).

The astronomical ceiling and other decorations are in an almost perfect state of preservation. While there are a few traces of damage due to humidity, the problem is not nearly as severe as in the (almost contemporary) tombs of the Valley of the Kings. During the last few years a Spanish Mission has being undertaking cleaning work with the aim of making the tomb accessible to a wider, interested public.

The site is quite dry and, where the decorations are painted or chiselled, the rock is a good quality limestone, so no major threats are evident. Visitors’ breath poses a potential threat in the future, as does new and more powerful illumination.

The site belongs to the SCA and is protected by strict Egyptian laws and regulations relating to archaeological sites and remains. Additionally, it is in a specially protected area, since Thebes is already on the WHL. The tomb is fenced.

The tomb is located at the bottom of the cliffs of Deir el-Bahari, in a dry, dusty environment close to the main entrance to the temple of Queen Hatshepsut.

There have been several attempts to interpret Senenmut’s astronomical ceiling (and a few of the texts in the chamber) with varying degrees of success. No definitive interpretation of the diagram exists at the present time.

It is proposed that, as part of its final duties, the Spanish Mission should construct a replica of Chamber A. This will be built close to the entrance of the tomb but at a higher level accessible to the vast majority of the visitors of Deir el-Bahari temple. The replica may include an interpretation centre.