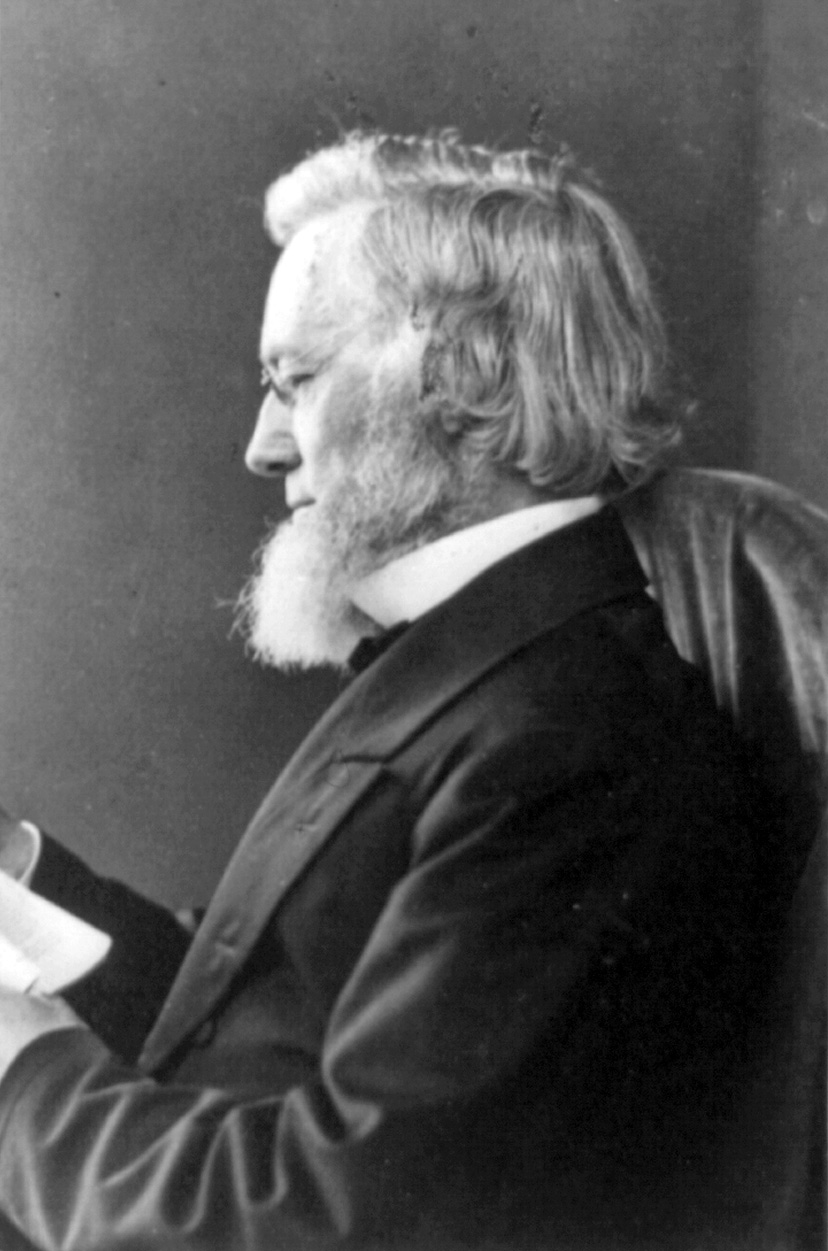 It was initiated by Frederick Augustus Porter Barnard (1809--1889), chancellor from 1856 to 1861, after visiting the observatory at Harvard, built in 1844. Harvard and the Barnard Observatory were inspired by the architecture of the Poulkovo Observatory, St. Petersburg, Russia, built in 1839. The footprint was an H with the legs facing true north and south. 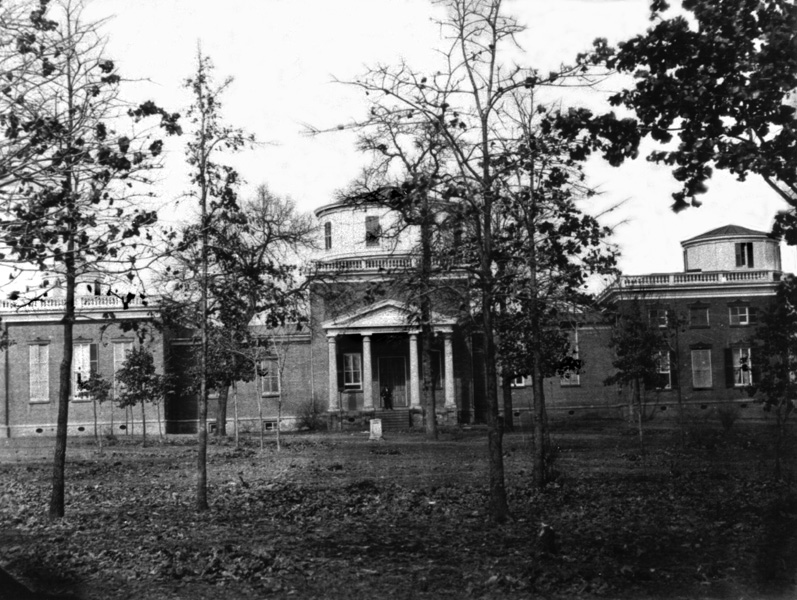 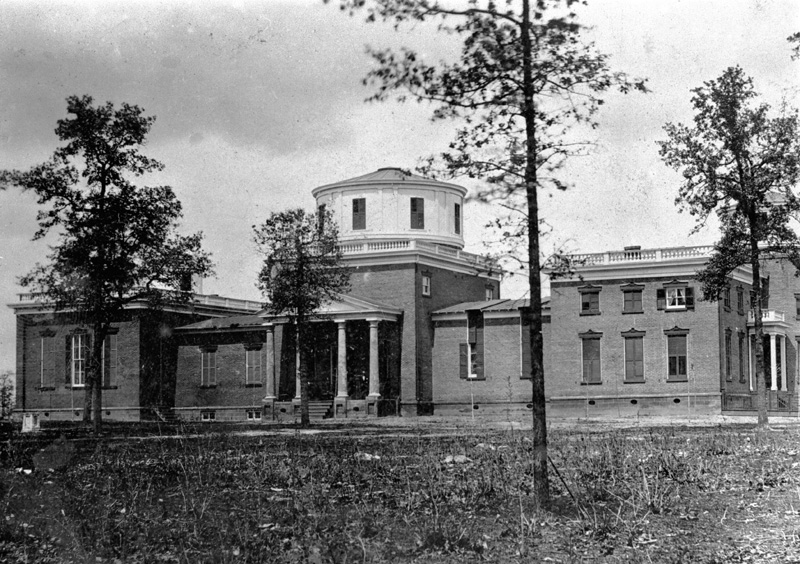 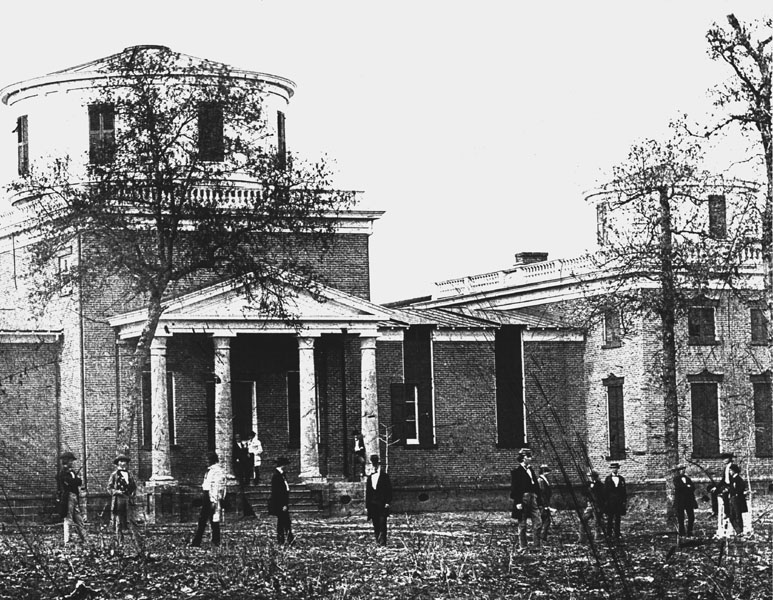 In the central dome should be the large refractor; the smaller domes on both wings were intended for a comet seeker and a smaller telescope.

But due to the Civil War, the university was closed in 1861. The large refractor, the world’s largest telescope as intended by Barnard, ordered from Alvan Clark & Sons, was never delivered; it was bought to Dearborn Observatory, University of Chicago, then to Dearborn Observatory, Northwestern University.
During the test of the 18.5-inch (470mm) telescope in Cambridgeport, Massachusetts, Alvan Graham Clark (1832--1897), the son of Alvan Clark (1804--1887), discovered Sirius B in 1862. 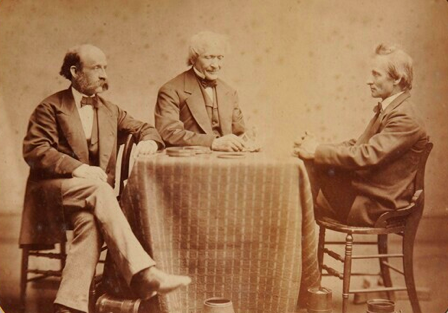 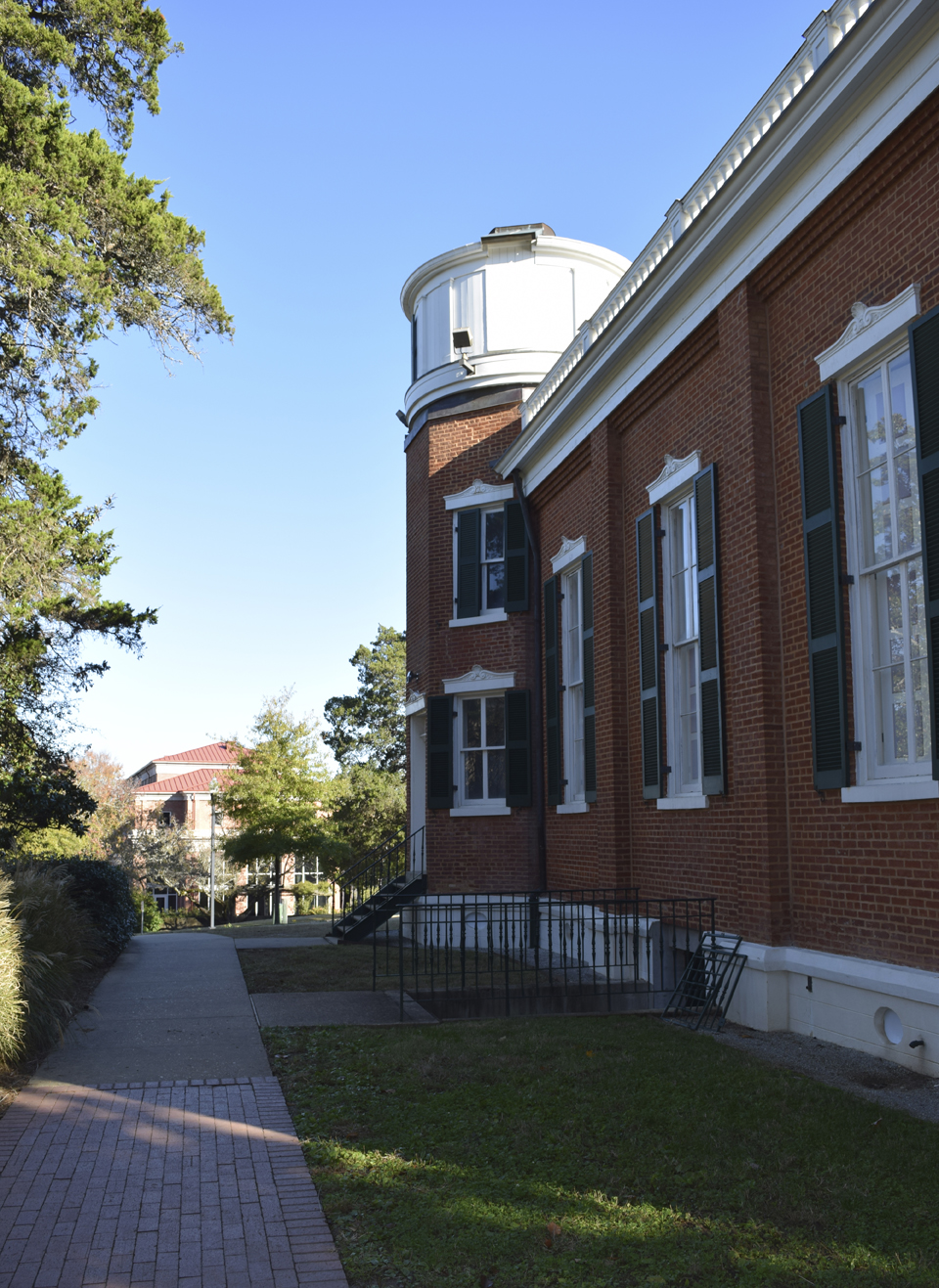 The Barnard Observatory is included in the U.S. National Register of Historic Places, NRHP reference No. 78001607, December 8, 1978.

The Barnard Observatory was built - like Harvard - after the model of Pulkovo Observatory - with three cylindrical domes.

Today the Barnard Observatory houses the Center for the Study of Southern Culture. 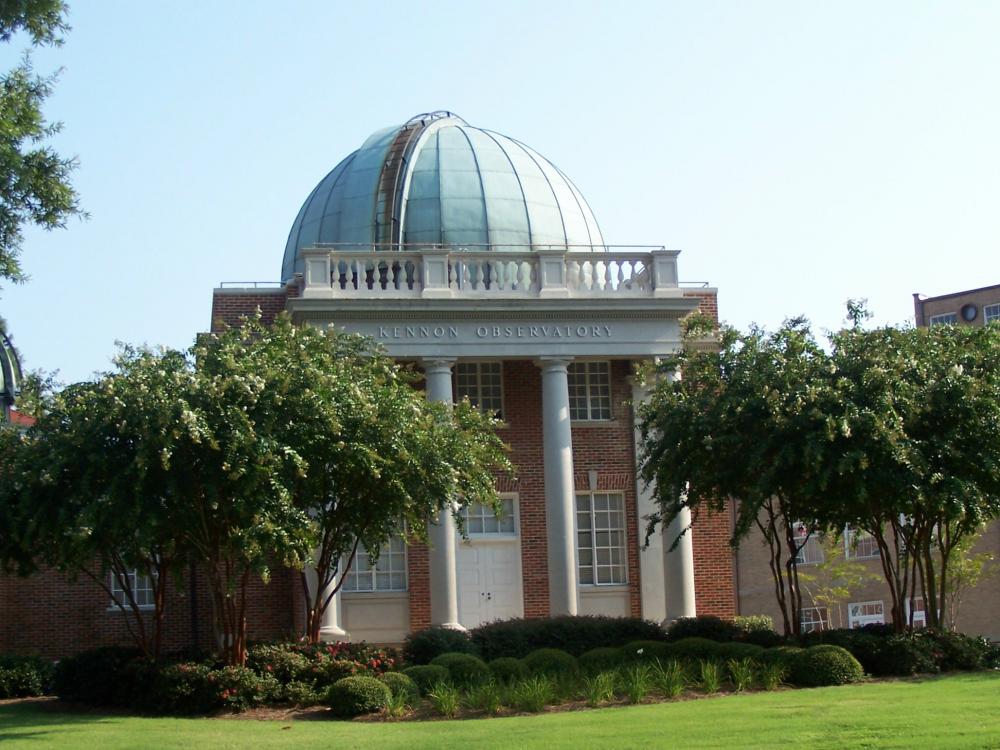 The university’s astronomers use now the Kennon Observatory, built in 1939  (34°21’51.3’’ N 89°32’11.2’’ W), named after William Lee Kennon, Chair of Physics and Astronomy for 40 years.
"Two copper-roofed domes were included to accomodate two different instruments: a fifteen inch telescope, with co-aligned visual and photographic telescopes, was moved into the bigger dome, while the smaller dome housed a five inch telescope that had been acquired by F.A.P. Barnard in about 1856. The slanted metal roof of the transit room (between the main and small dome) was designed to open for observations using a three inch meridian telescope."

The Barnard Observatory is no longer in astronomical use.