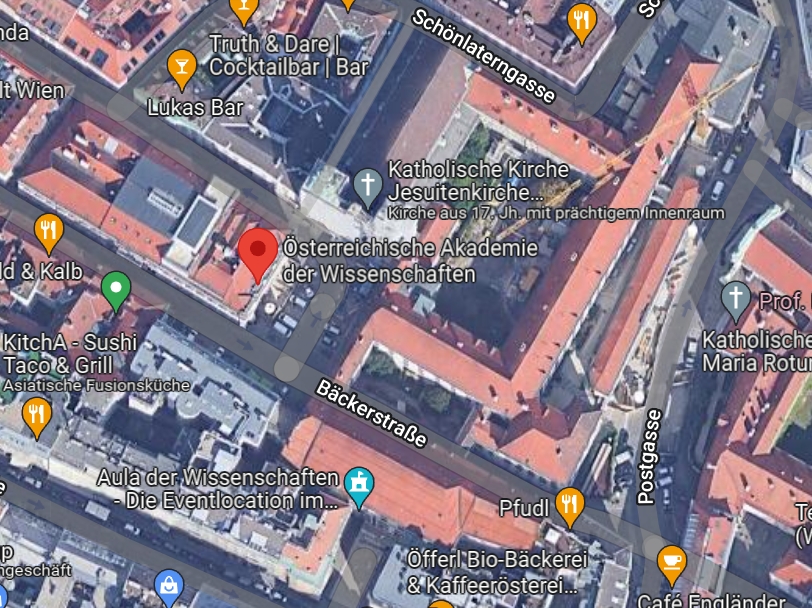 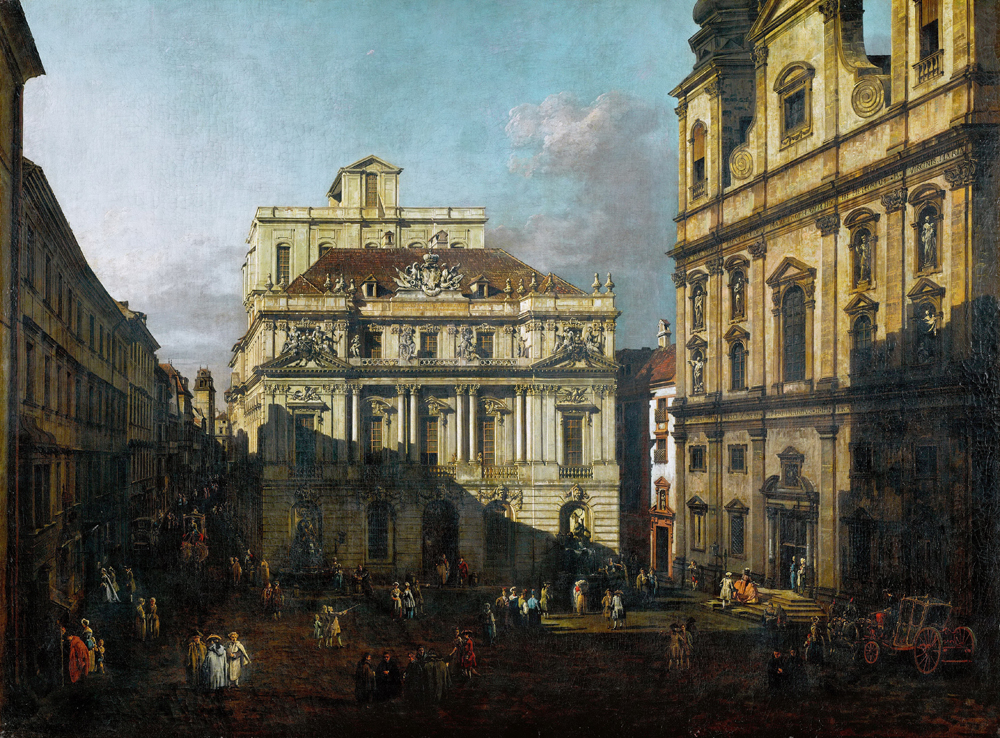 Johann Joseph Graf von Trautson zu Falkenstein (1707--1757) in his function as Protector of theological and philosophical sciences at the University of Vienna, suggested to Empress Maria Theresa (1717--1780) to build an observatory for the university. In 1753, on the roof of the university building (today the seat of the Austrian Academy of Sciences at Dr. Ignaz Seipel Platz), next to the Jesuit Church, an observatory was erected, which had first light in 1756. The University Observatory building was a four-story, timber construction. 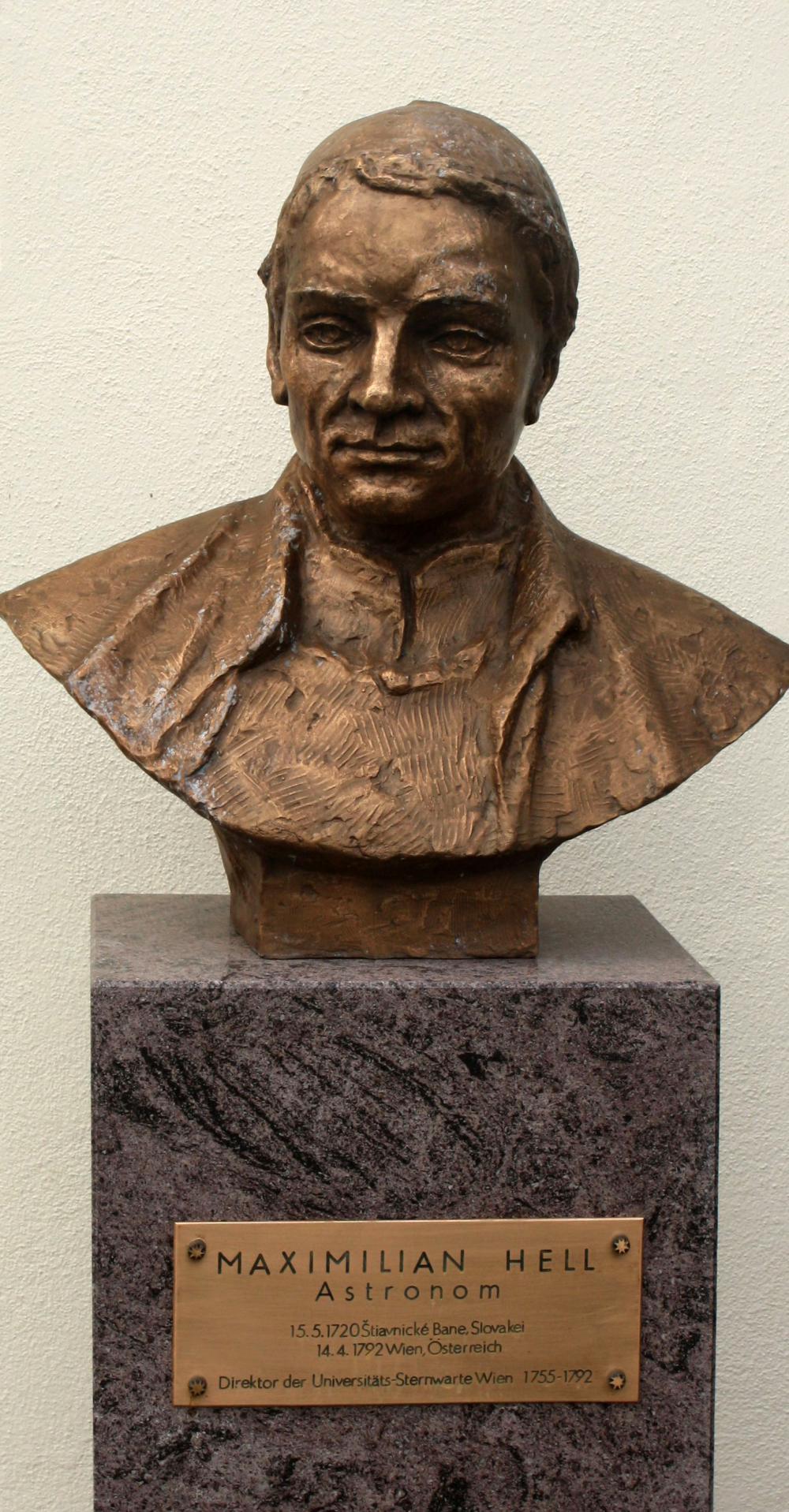 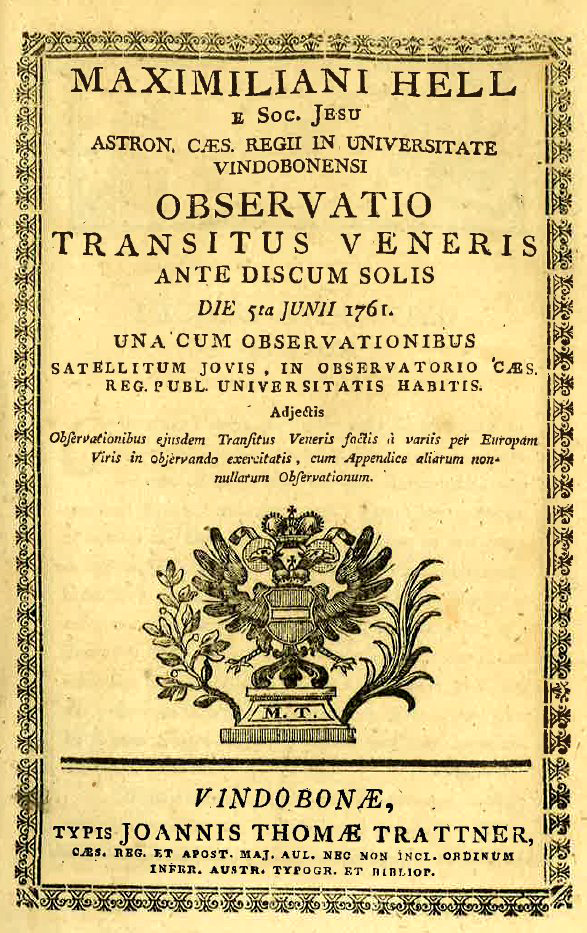 As the successor to the court astronomer Johann Jakob Marinoni (1676--1755), the Jesuit Father Maximilian Hell (1720--1792), only 35-year-old, was called as first director of the University Observatory in 1755. He published the astronomical tables Ephemerides astronomicae ad meridianum Vindobonensem, 37 volumes with the ephemerides for the years 1757 to 1792.

Hell  became famous, because he observed the Transit of Venus in Vardø (northern Norway) in 1769 on the invitation of the Christian VII (1749--1808), King of Denmark-Norway and Duke of Schleswig and Holstein. From observations of the Transits of Venus in 1761 and 1769 collected worldwide, Hell calculated the distance between the Sun and Earth (1 AU, Astronomical Unit) to be 152 million km (the modern value is 149.6 million km). 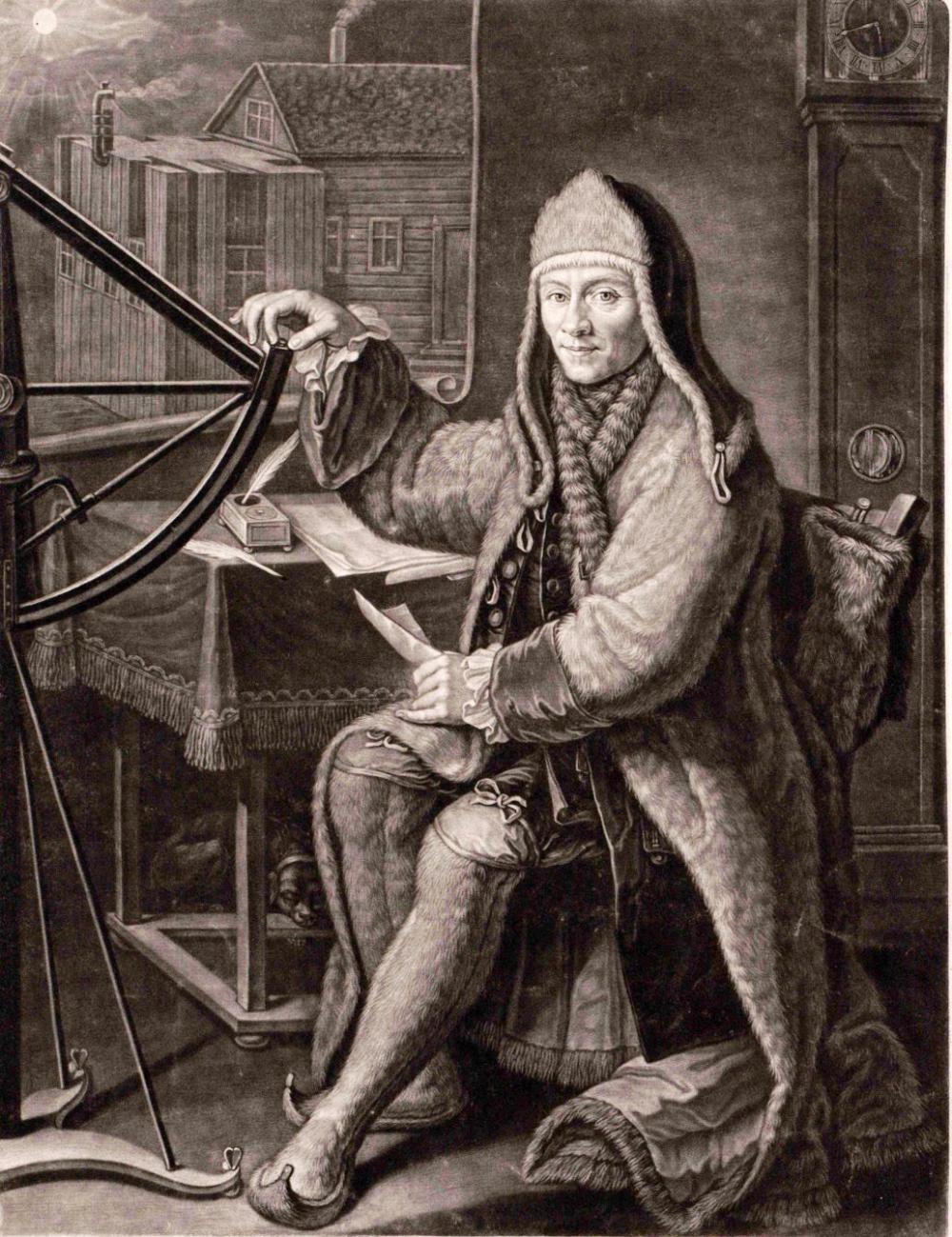 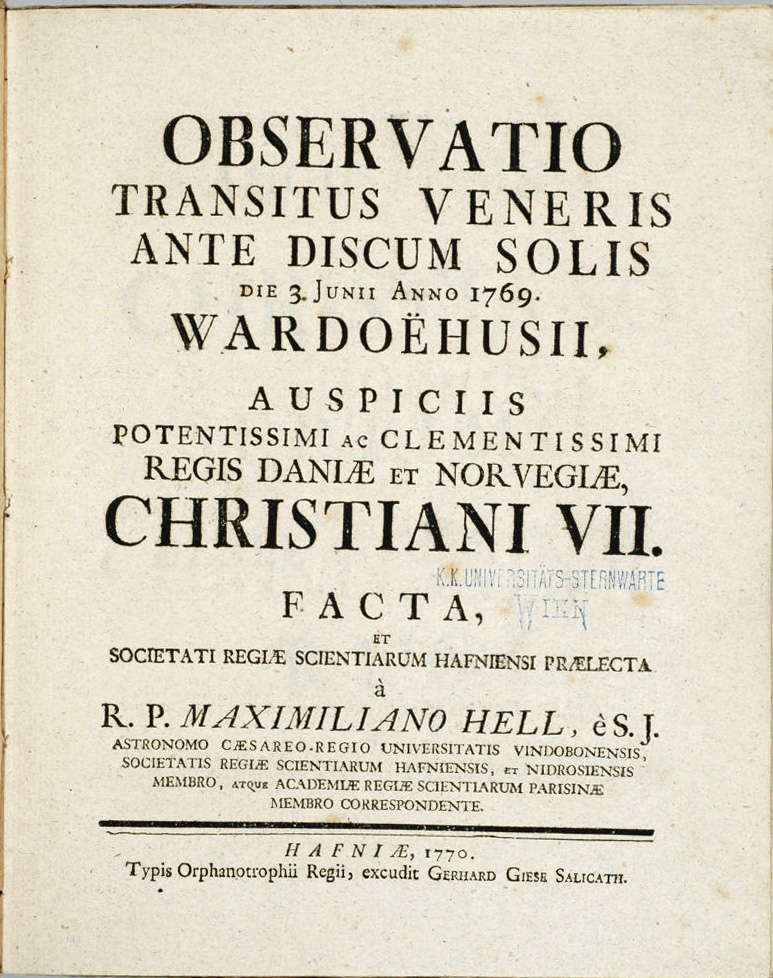 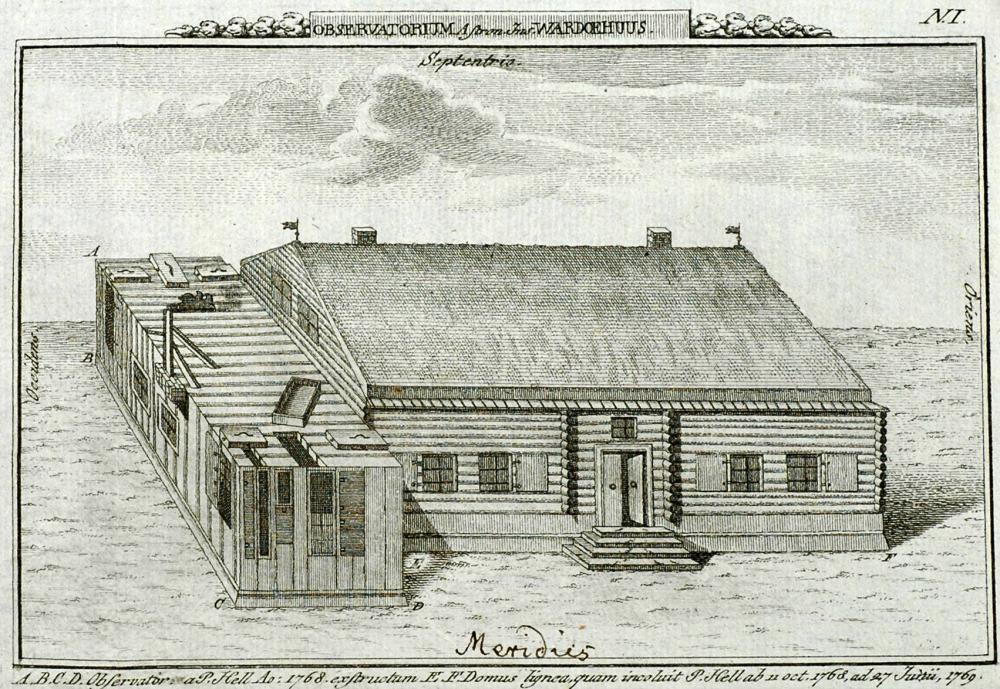 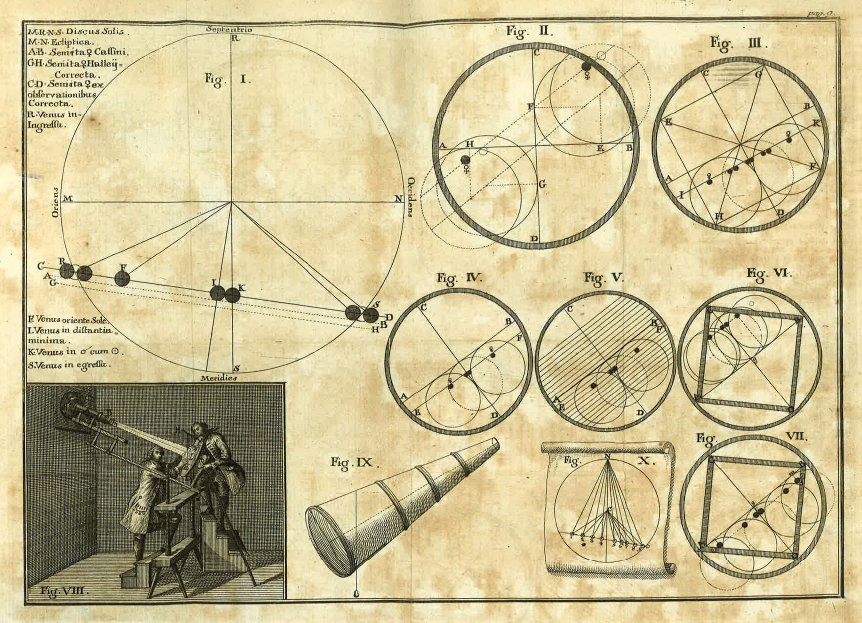 Because of the unfavorable observing conditions in the center of Vienna, which only permitted a low level of astronomical activity, the astronomers working at the observatory, under the leadership of Joseph Johann von Littrow (1781--1840), the next director of Vienna Observatory from 1819 to 1840, demanded a relocation to the outskirts of the city as early as 1800. But the requested new observatory building was not approved. 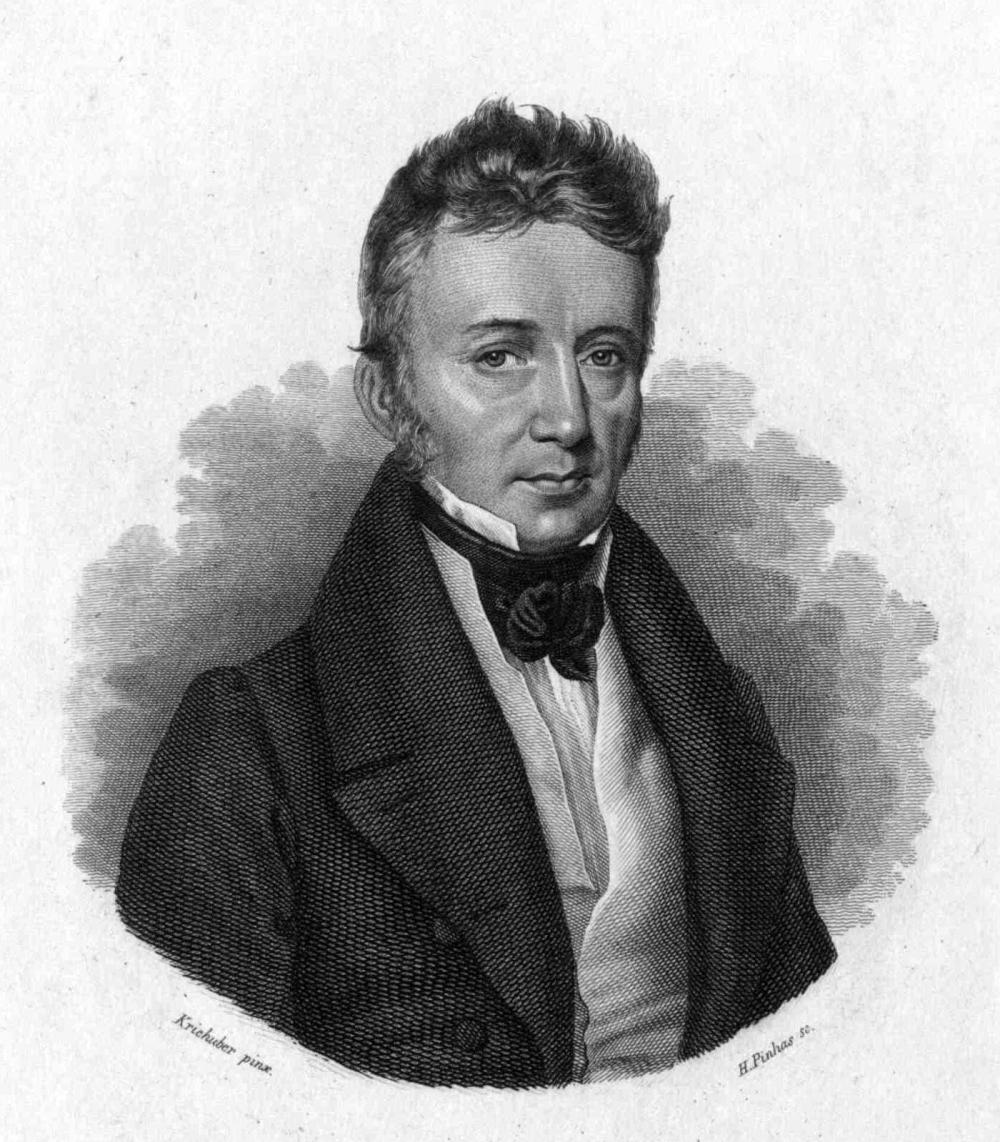 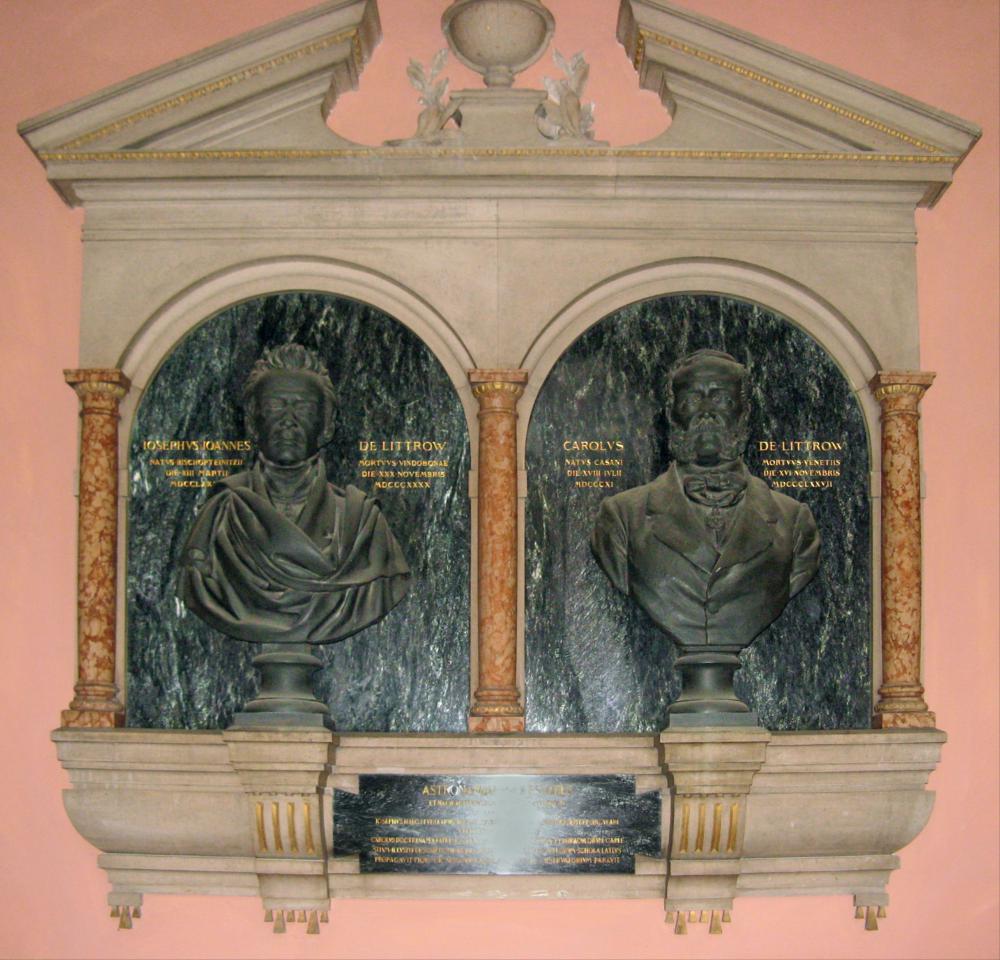 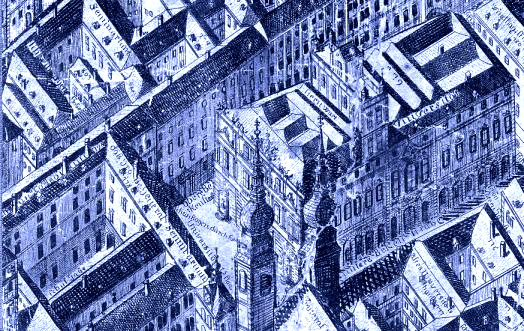 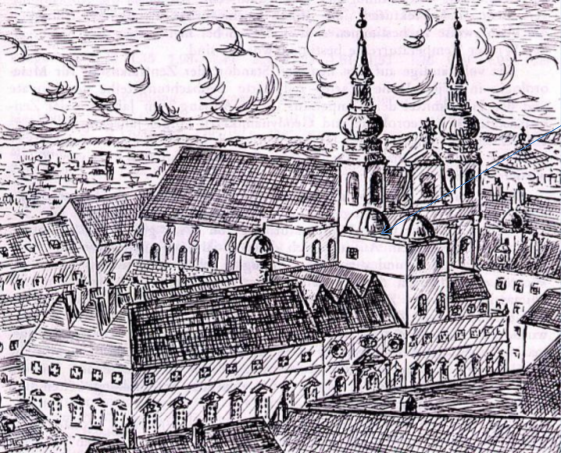 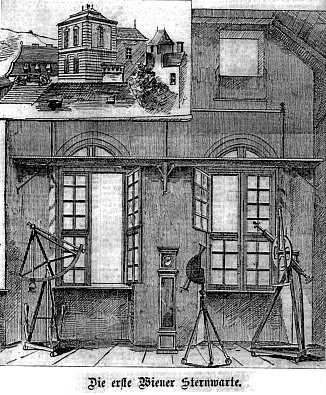 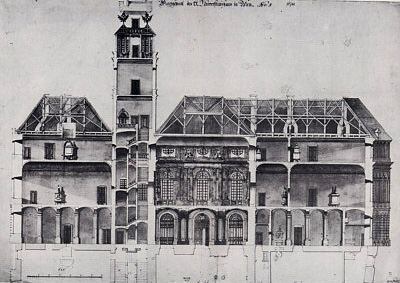 The existing instruments were improved, older instruments were removed. In addition to a meridian circle and a powerful comet seeker, the highlight was an excellent Fraunhofer refractor with an aperture of 6 inches (16cm).
A large hall was created for the movable instruments and a room with meridian slits. Observation rooms for the transit instrument and for the meridian circle were built on the roof terrace. In the western corner of the large observing hall, two towers with rotating domes were added. In 1831 the instrumentation was adapted to the technology of the time. In 1833 a third tower was erected. Furthermore, lounges and living quarters were built for the users of the observatory.
In order to be able to publish the observations in a suitable way, he founded the Annalen der Universitätssternwarte, which appeared regularly from 1821.

Scientific activities of the University Observatory:

The new Vienna University Observatory was built in 1879, and is still in use today.

Some of the instruments are now in the museum of the "new" Vienna University Observatory. 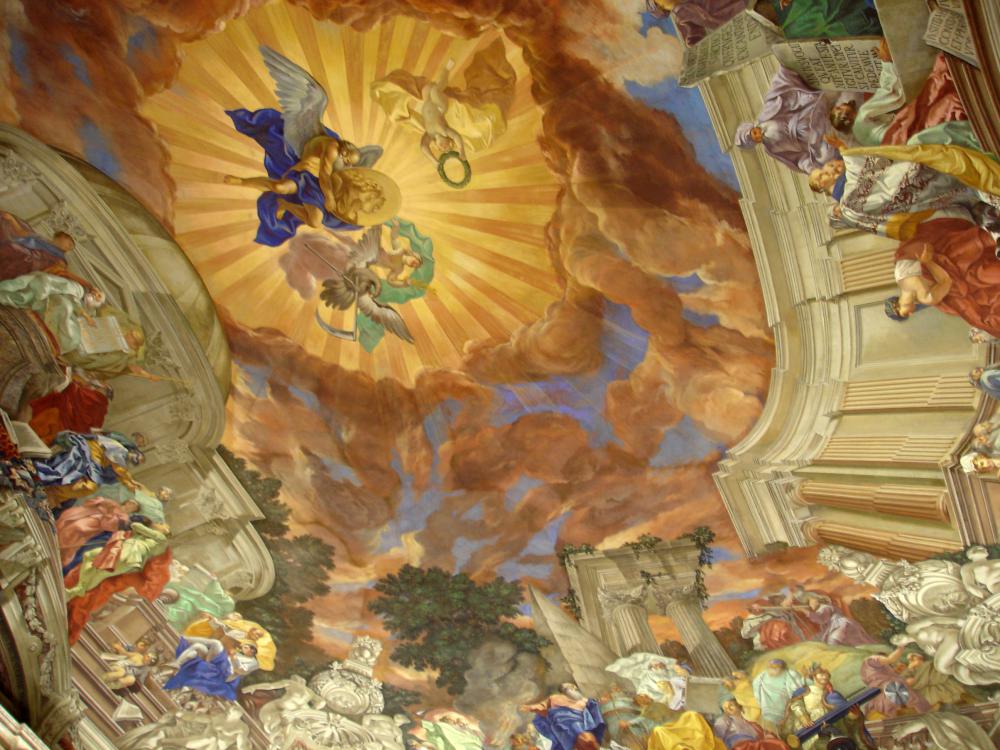 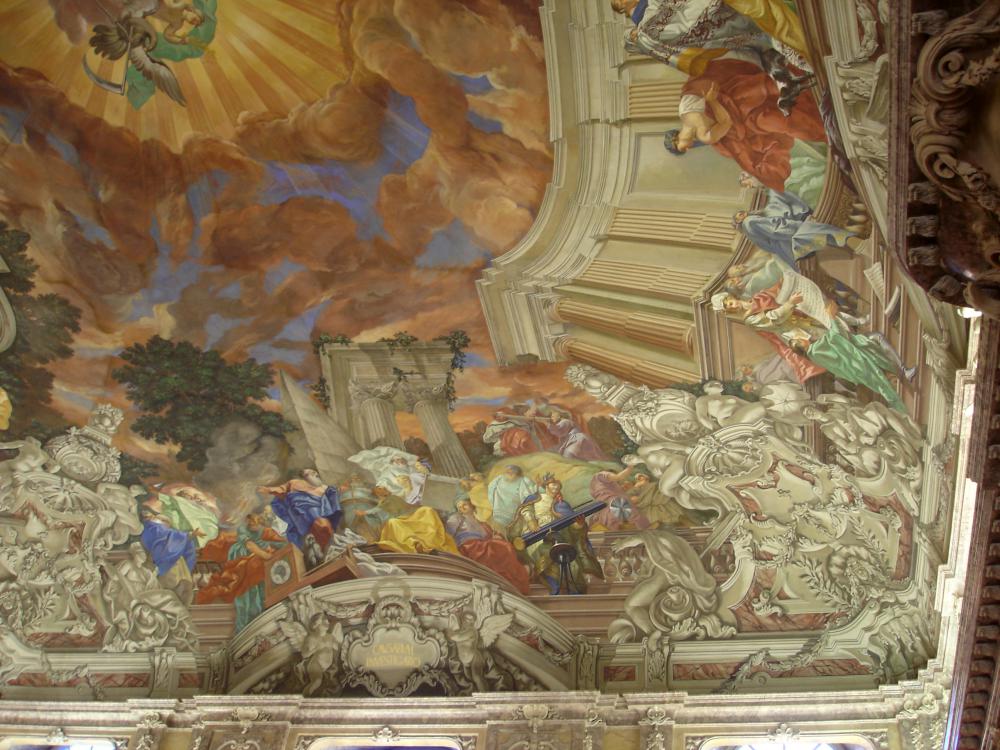 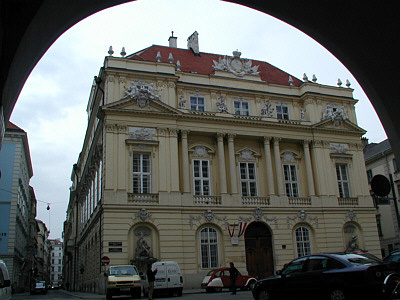 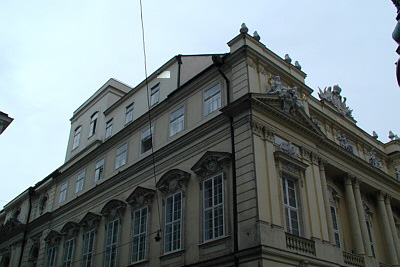 The building of the old University Observatory is still in good condition (a small part of the observatory survived in the roof).
The building is used by the Austrian Academy of Sciences. The "Aula" [New Auditorium] has nice Baroque wall paintings.

Today it is the seat of the Austrian Academy of Sciences at Dr. Ignaz Seipel Platz.

The old University Observatory is no longer used for astronomy.