Fig. 1a. Boyden Observatory, an observing station of Harvard College University, founded in 1927, the dome of the 60-inch telescope to the right (2005), (assa.saao.ac.za) 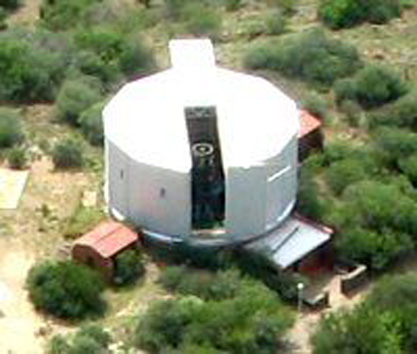 Already in 1908, the elevated plateau was discovered and David Gill reported to the director of Harvard; it was investigated during an expedition by Solon Irving Bailey (1854--1931) for site testing.

Harvard College University founded the Boyden Station in 1889 at Mount Harvard near Lima, Peru, later relocated to Arequipa, Peru, in 1890 (IAU code 800). The station was named after the sponsor Uriah Atherton Boyden (1804--1879), American engineer and inventor from Massachusetts (Boyden Water Turbine), who in 1879 bequeathed in his will 238,000 dollars to Harvard Observatory for astronomical purposes. Highlights of the activitites were the discovery of Phoebe, an outer moon of Saturn, by William Henry Pickering using photographic plates captured with the 61-cm (24-inch) Bruce Astrograph.

In 1927, Boyden Station was moved to South Africa due to better weather conditions and was renamed as the Boyden Observatory.
The Boyden Observatory is situated 26 km east of the city of Bloemfontein in South Africa. In 1933, the instrumentation was ready with the 150-cm-Reflector, 61-cm-Bruce Astrograph, 33-cm-Clark-Refractor, and the 25-cm-Metcalf Photographic Triplet Refractor. The Bruce Astrograph was replaced by a 90-cm-Baker-Schmidt Telescope in 1950 (ADH).

Boyden Observatory is an astrophysical observatory, based on the 1.5 meter reflector. In 1938, the Dwarf Galaxy in the constellation Furnace was discovered. In addition, in the 1930s, Harlow Shapley discovered a supercluster of galaxies was detected, called the Shapley Supercluster (SSC).
The research activities are photographic and photoelectric observations of stars, variable stars, and starfields in the southern Milky Way, the Magellanic Clouds. In addition, spectrographic studies were carried out, especially with the Jena Universal grating spectrograph. A sky patrol programme is made for the southern hemisphere like in Harvard for the northern hemisphere. In 1966, in this observatory four asteroids and the three comets were discovered: 57P/du Toit-Neujmin-Delporte (1941), 66P/du Toit (1944) and 79P/du Toit-Hartley (1945).

Since 1955, Boyden operated under international management Council (USA, Ireland, Northern Ireland, Belgium, Germany, and Sweden) until 1976, then it was taken over by the University of the Free State (UFS). Already in 1968, a chair for astronomy was established. New research fields were flare star investigation, interferometer observations, and the study of planetary and stellar atmospheres, extended up to the infrared region.

Other sky patrol projects were conducted by Harvard Observatory with three 3-colour Samon cameras, 1969 to 1972. Tom Rackham of Armagh with David Andrews used the ADH to search for flare stars in the Southern Coalsack. 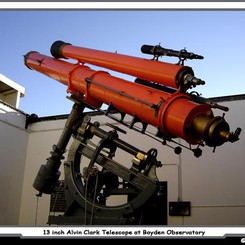 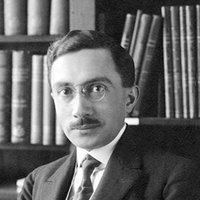 For Boyden Observatory a few million were spent to upgrade all the buildings, including the 60-inch dome. 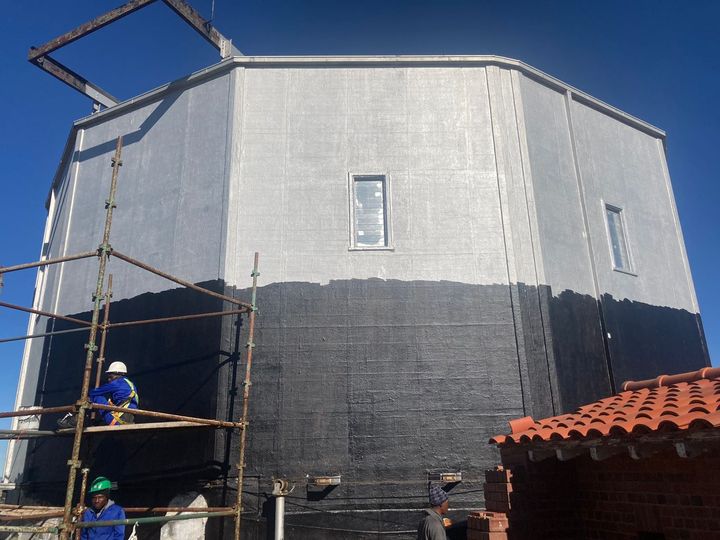 The Friends of Boyden and the members of the Astronomical Society of Southern Africa (ASSA) Bloemfontein Centre, the amateur astronomy club of the city, assist the observatory in organising public events and star gazing nights.

In Bloemfontein on Naval Hill South Africa’s first digital planetarium can be found -- inside the original dome of the Lamont-Hussey observatory.
In addition, in Boyden Observatory a Museum and a Science Center were developed. About 15,000 school children a year were received at Boyden and the Naval Hill Planetarium. 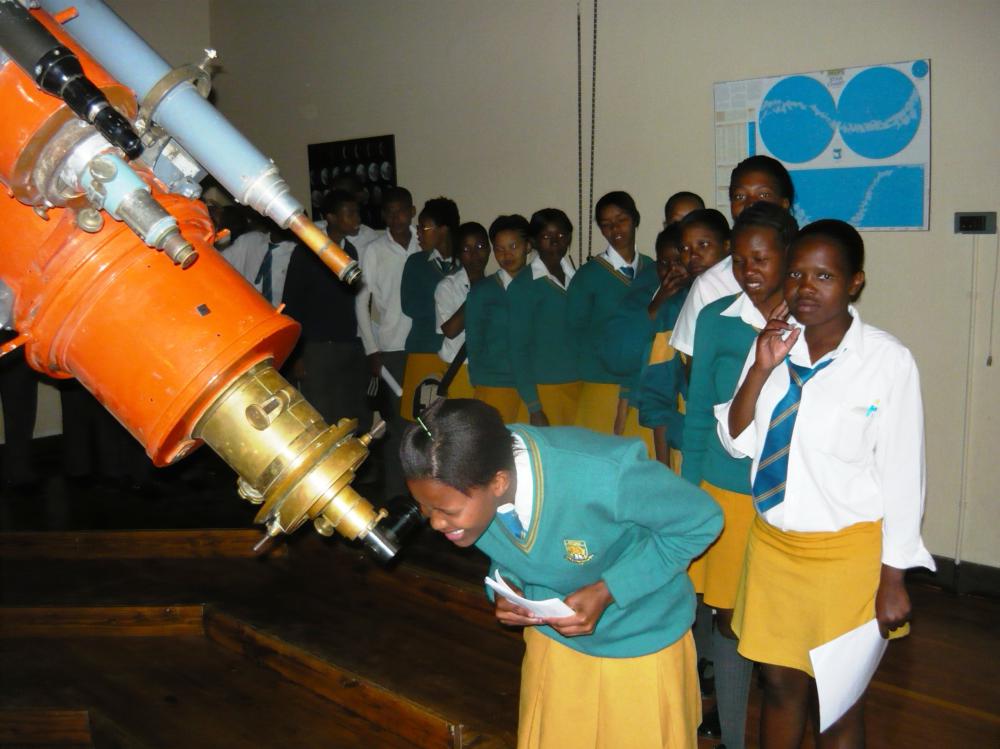 Boyden Observatory is an astronomical research institute. In addition, there is a Science Education Centre.

Fig. 5. The Astrophysics Research Group in the UFS Department of Physics recently collaborated with the Institute of Astrophysics of Andalusia (IAA) in Spain and the University College of Dublin (UCD) in Ireland, to install a robotic telescope at the Boyden Observatory. Pictured here, are from the bottom, Teboho Rakotsoana and Simon Rakotsoana from the UFS; Emilio J. Garcia from the Institute of Astrophysics of Andalusia; Prof Pieter Meintjes, and Prof Antonio M. Carrillo from UCD (UFS)