In Venezuela, in Caracas (1888) and in Mérida observatories were erected in the 1950s and 1970s, respectively.

In 1888, the Astronomical and Meteorological Observatory Juan Manuel Cagigal in Caracas was created by decree of President Juan Pablo Rojas Paul. The observatory was erected on Quintana Hill, later renamed to Cagigal Hill in honor of the astronomer and mathematician, Colonel Juan Manuel Cagigal y Odoardo (1803--1856), founder of mathematical studies in Venezuela. 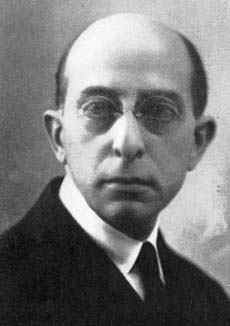 Eduardo Röhl’s (1891--1953) major project was the conversion of the Cagigal Observatory into an important astronomical and geophysics observatory.

Röhl proposed the modernization of the observatory to the President of the Republic, Gen. Marcos Pérez Jiménez (1914--2001), and could order some new instruments already in the 1940s. "Dr. Röhl started contacts with several observatories: Otto Heckmann (1901--1983) (Hamburg), Chester Burleigh Watts (1889--1971) (USA), André Danjon (1890--1967) (Paris); his attention was particularly focused on the Observatory of Hamburg-Bergedorf; there, he realized the advances in technology being implemented" (Chalbaud 2009). The contracts for the Modern Cagigal Observatory in Caracas were signed in 1953. Röhl wanted a copy of the architecture of the Observatory Hamburg-Bergedorf.

The instruments for classical astronomy and modern astrophysics were ordered in Germany: Large Refractor, Schmidt-type wide-field Telescope, Large Reflector, Double Astrograph, two Zenith Telescopes, Transit instrument, and Meridian Circle were built by Zeiss of Jena and Askania Werke of Berlin respectively. In addition, a Seismological Institute (FUNVISIS) was founded on "Quintana Hill" in 1956 with Dr. Gunther Fielder of Germany as director. The Seismological Museum is now located in this building.

Due to political changes, end of the Military Government (1958), and Röhl’s death (1959), the project was stopped. The delivered instruments were stored and only the meridian circle, a transit instrument and a zenith telescope was installed. Thus, the Cagigal Observatory remained an observatory for classical astronomy. 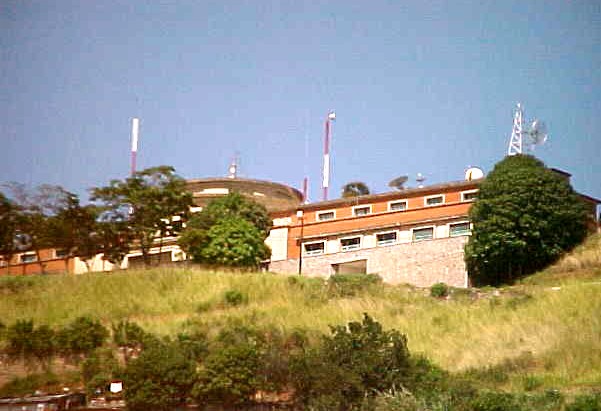 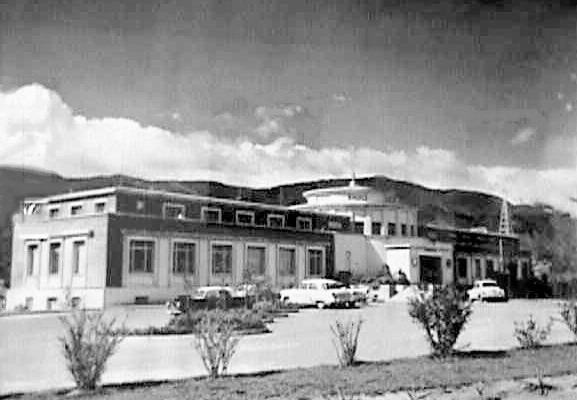 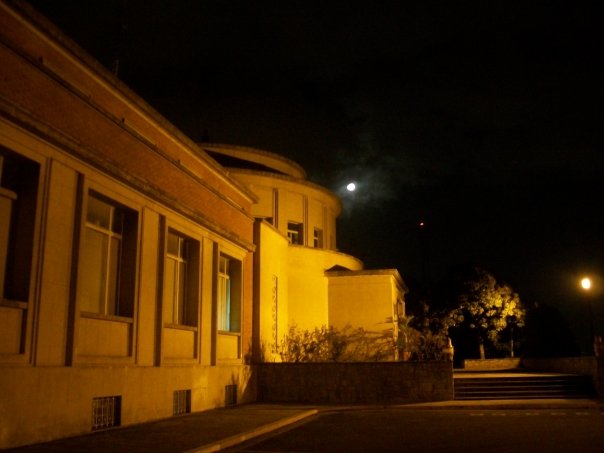 Then in 1960, a commission was created, chaired by Francisco J. Duarte, which was in charge of a modernisation project. He decided to build the observatory in the Venezuelan Andes near Mérida. 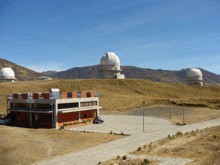 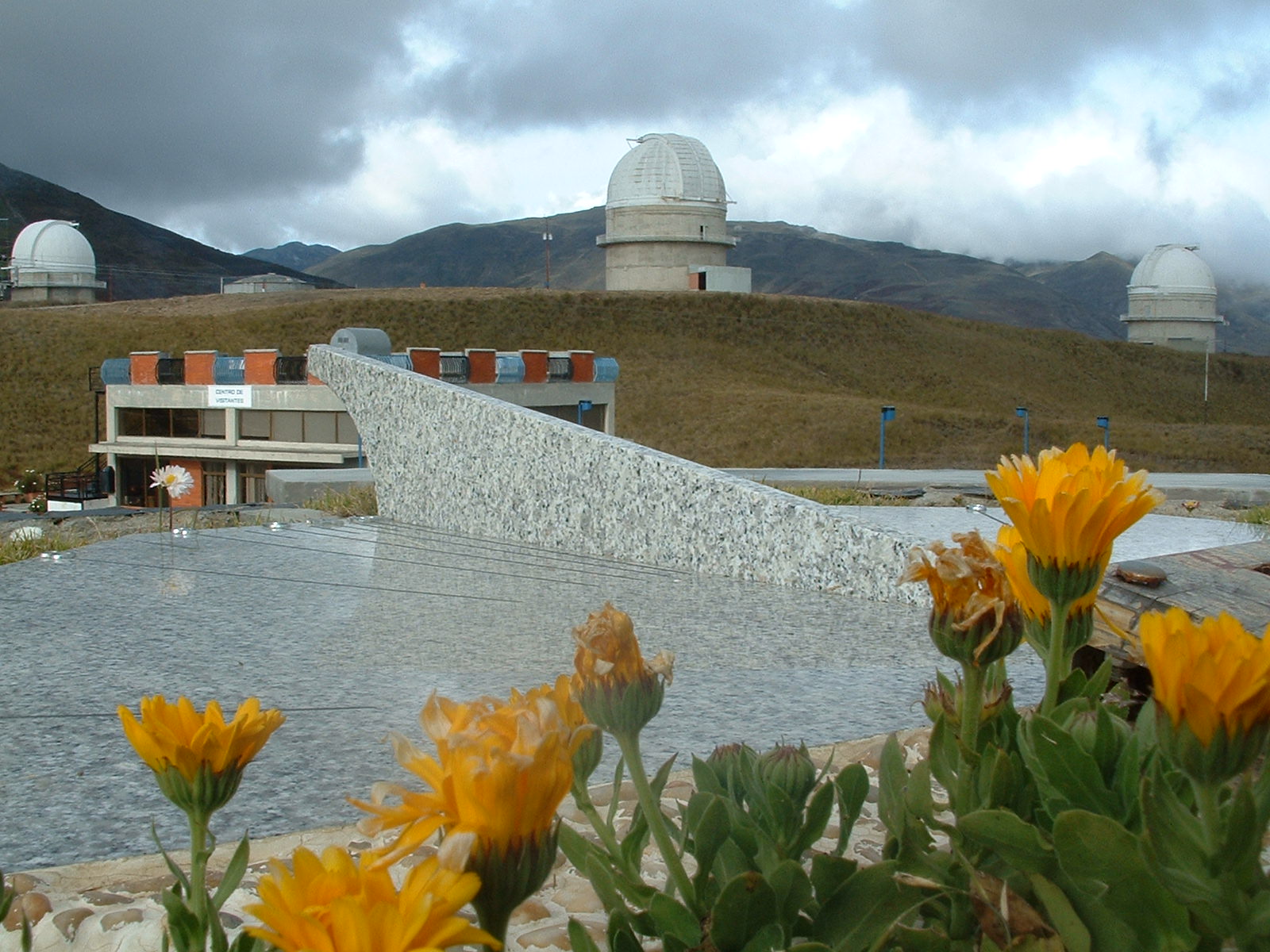 Due to the mentioned political problems, the Mérida Astrophysical Observatory, University of the Andes (IAU Code 302), was not built.
The next preject, the Observatorio Astronómico Nacional de Llano del Hato (IAU Code 303), 70km from Mérida, was not started before the 1972.

Finally the Observatorio Astronómico Nacional de Llano del Hato, Venezuela, one of the highest observatories in the world, was managed by the Centro de Investigaciones de Astronomía (CIDA), and was opened in 1975.

The observatory consists of four domes, each with a telescope(Telescopio Refractor, Telescopio Reflector, Telescopio Camera Smith, Tanque de Aqua CIDA), and a museum, as well as residences for scientists. Because it is near the equator, one can observe both hemispheres. 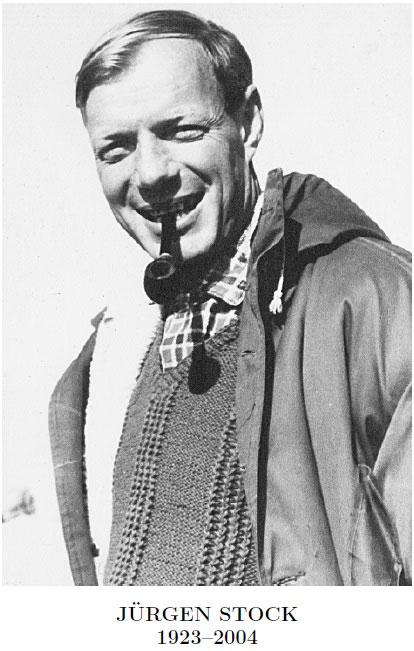 Jürgen Stock got his doctoral degree in 1951 from the University of Hamburg with Otto Heckmann (1901--1983) as thesis supervisor. He worked in observatories in Germany, USA, South Africa, Chile, and Venezuela. In the 1960s, he found the place for Cerro Tololo Observatory (CTIO, AURA), then -- due to the contacts to Heckmann -- ESO was finally built in Chile and not in South Africa. In 1971, Stock moved to Venezuela and "was involved again in the construction of a new astronomical observatory in Llano del Hato, near Mérida, and four years later he became the founding director of the Centro de Investigaciones de Astronomía (CIDA), a position that he held until 1982" (Bruzual & Stock, 2004). 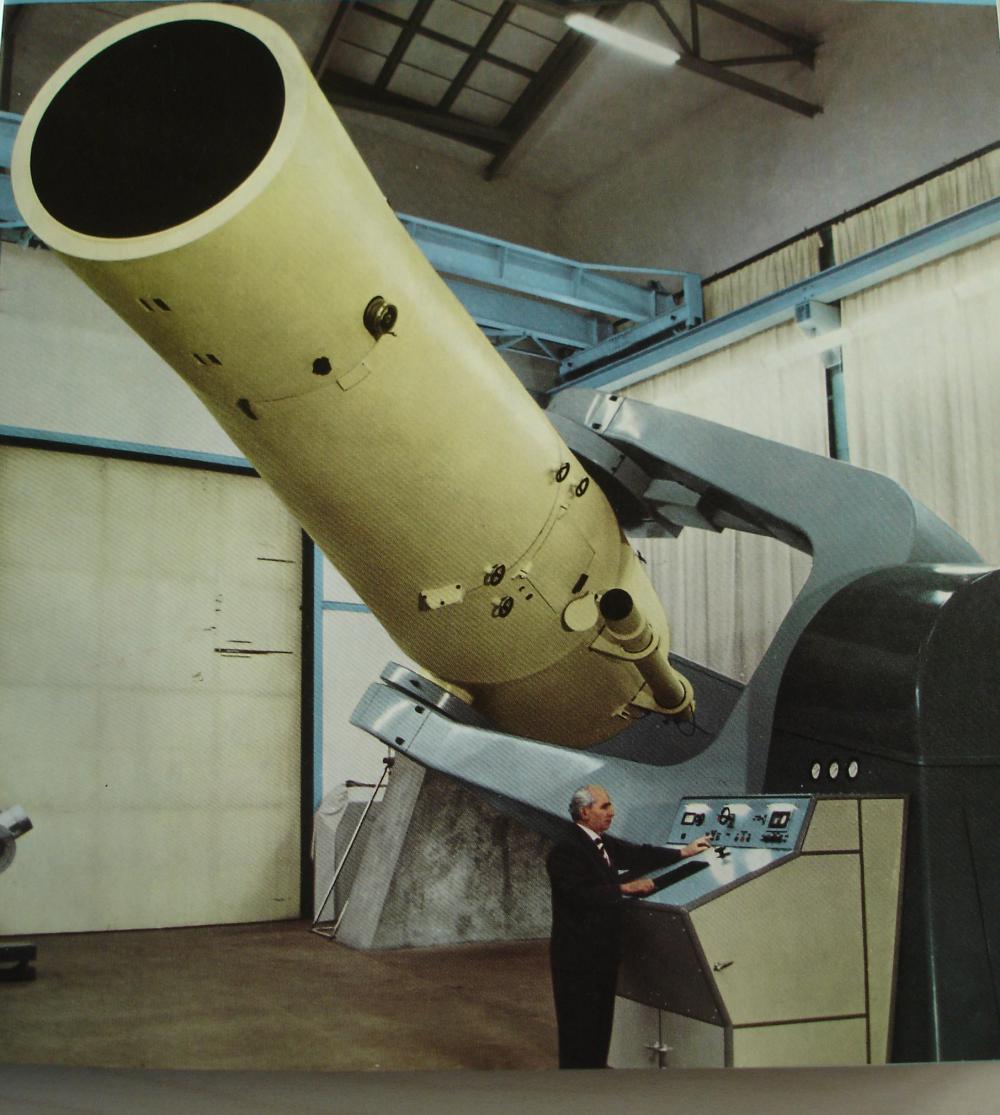 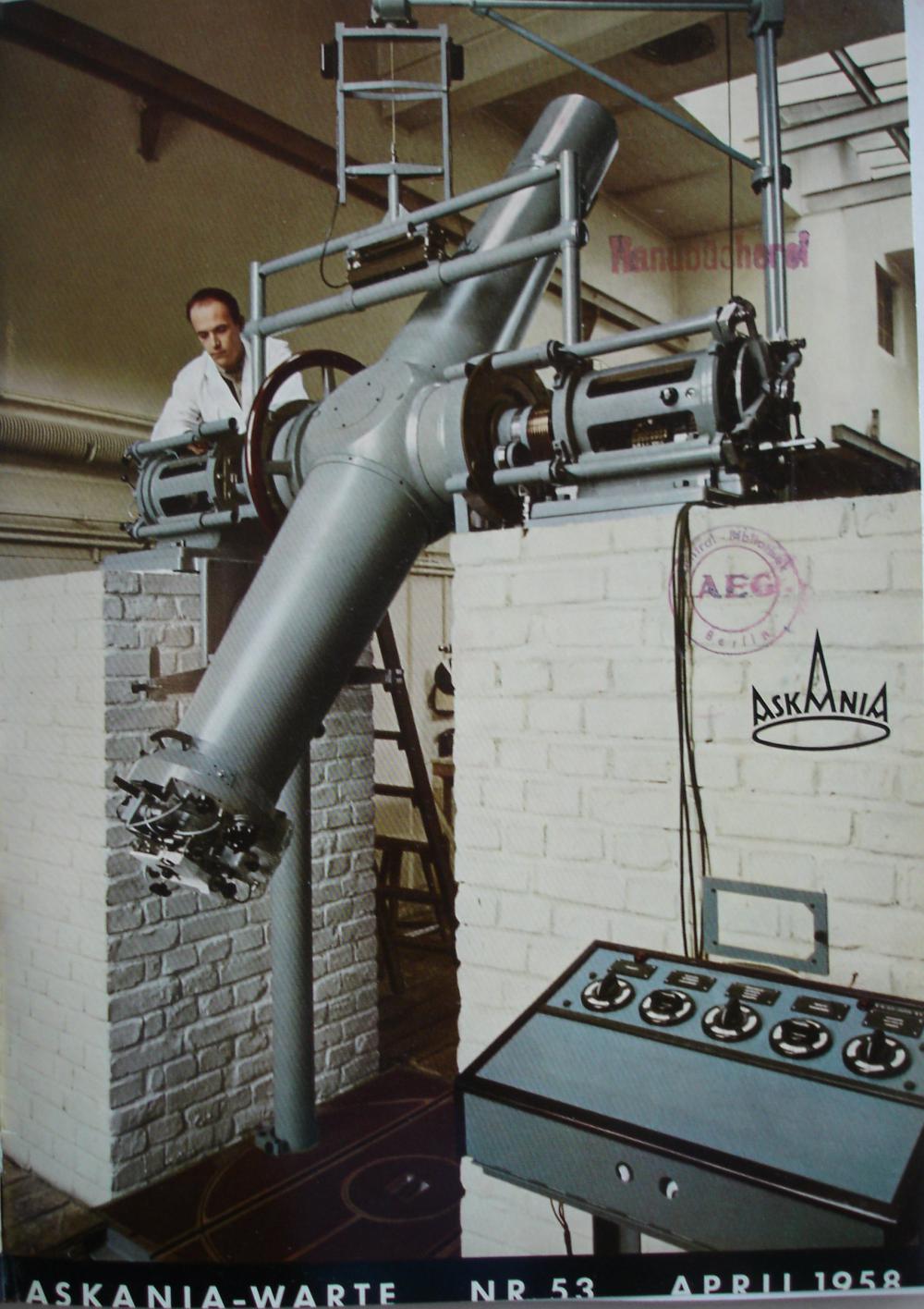 Fig. 6a. Meridian circle, made by Askania of Berlin (1955) (Archive of the Deutsches Technikmuseum Berlin, Wolfschmidt, 2007) 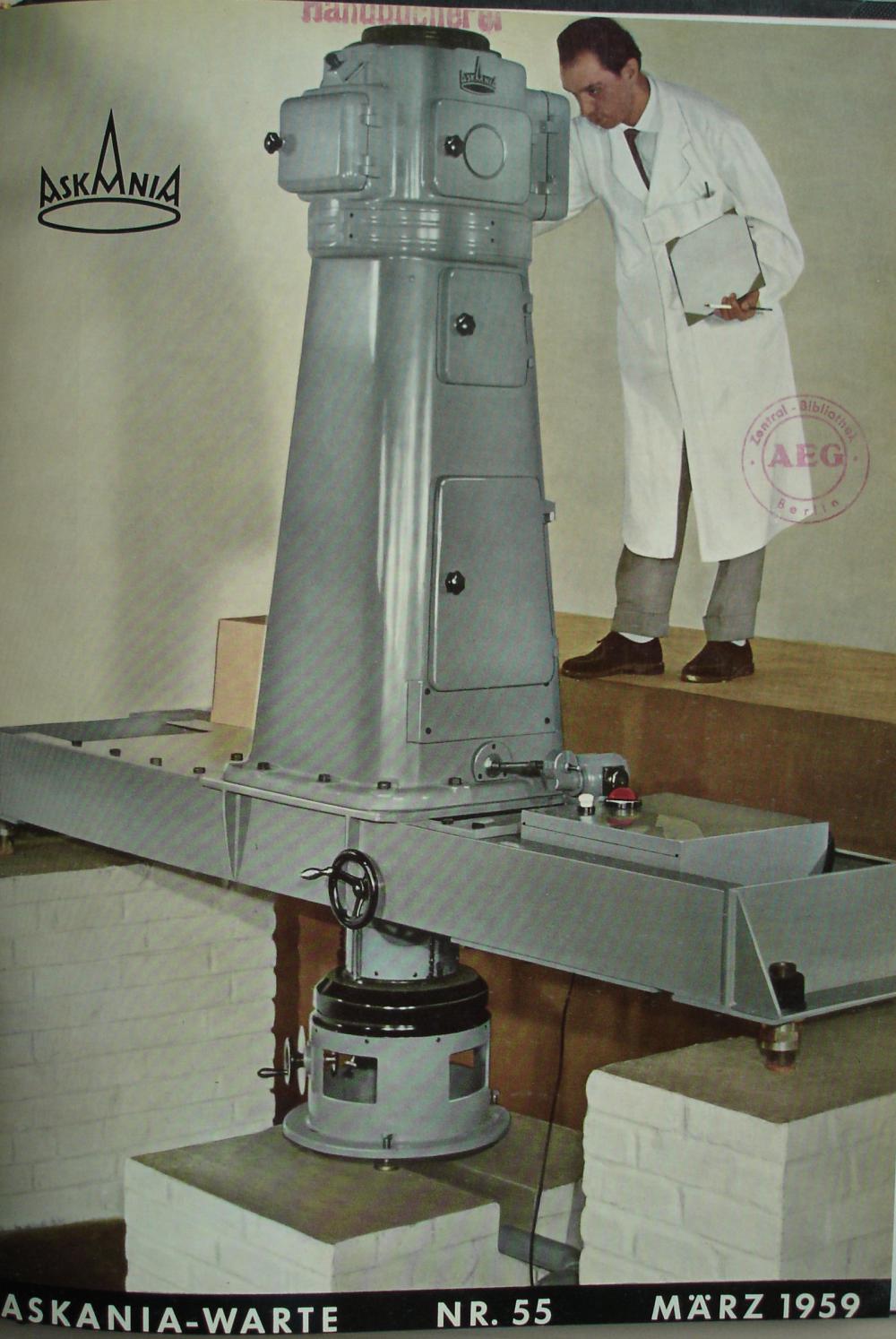 Fig. 6b. Zenith telescopes, made by Askania of Berlin (1955) (Archive of the Deutsches Technikmuseum Berlin, Wolfschmidt, 2007) 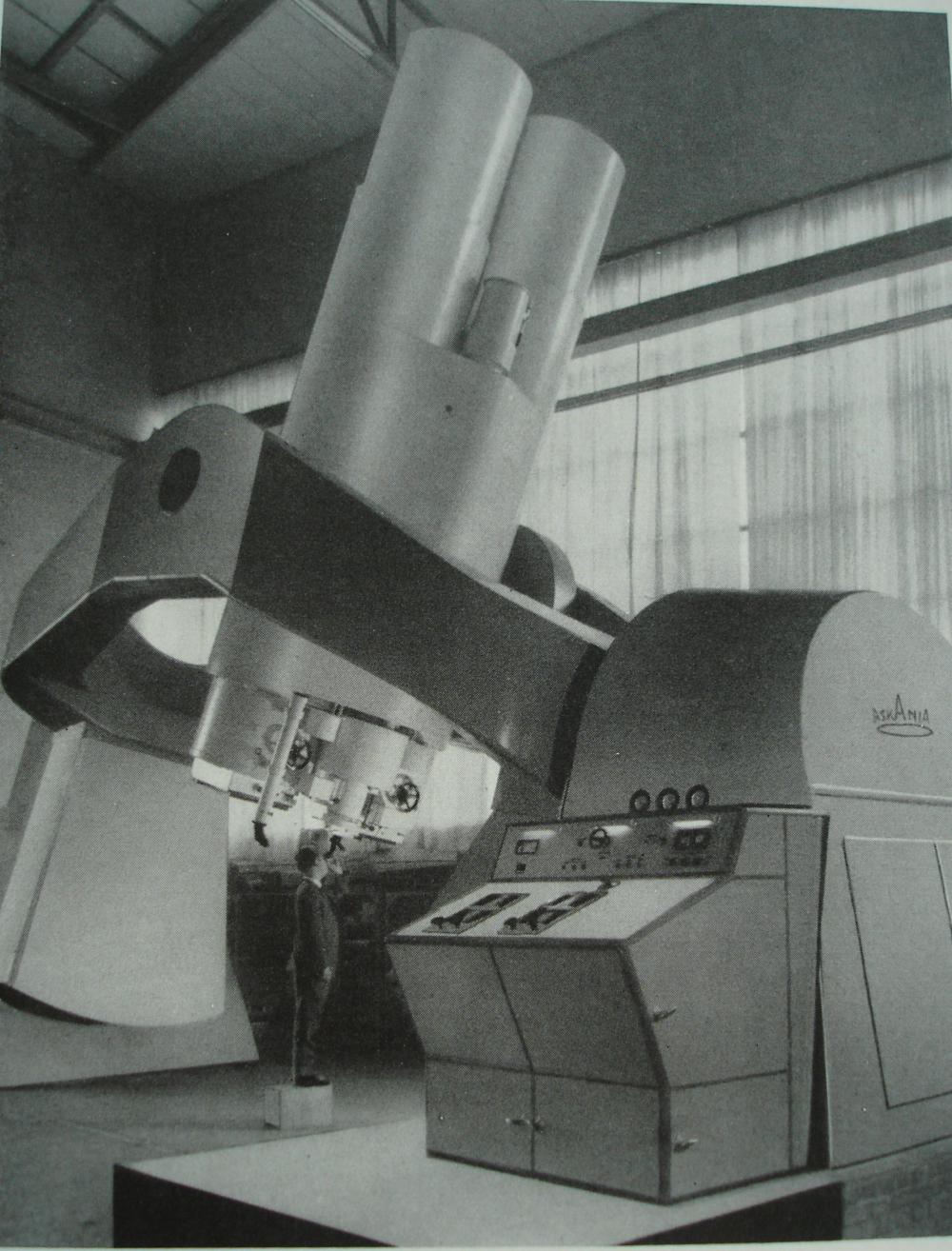 Fig. 7a. 50-cm-Double astrograph, made by Askania of Berlin (1955), (Archive of the Deutsches Technikmuseum Berlin, Wolfschmidt, 2007) 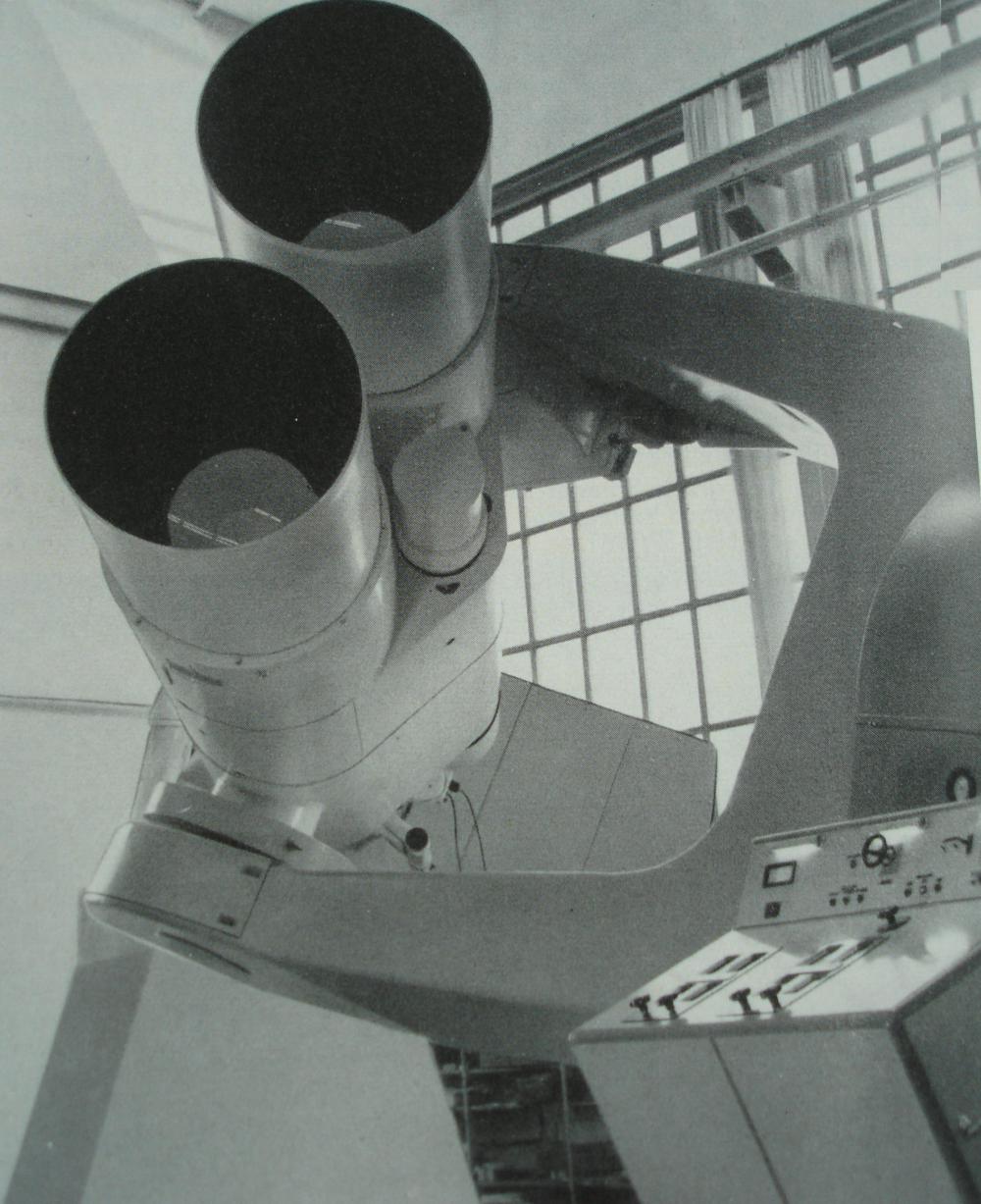 Fig. 7b. 50-cm-Double astrograph, made by Askania of Berlin (1955), (Archive of the Deutsches Technikmuseum Berlin, Wolfschmidt, 2007) 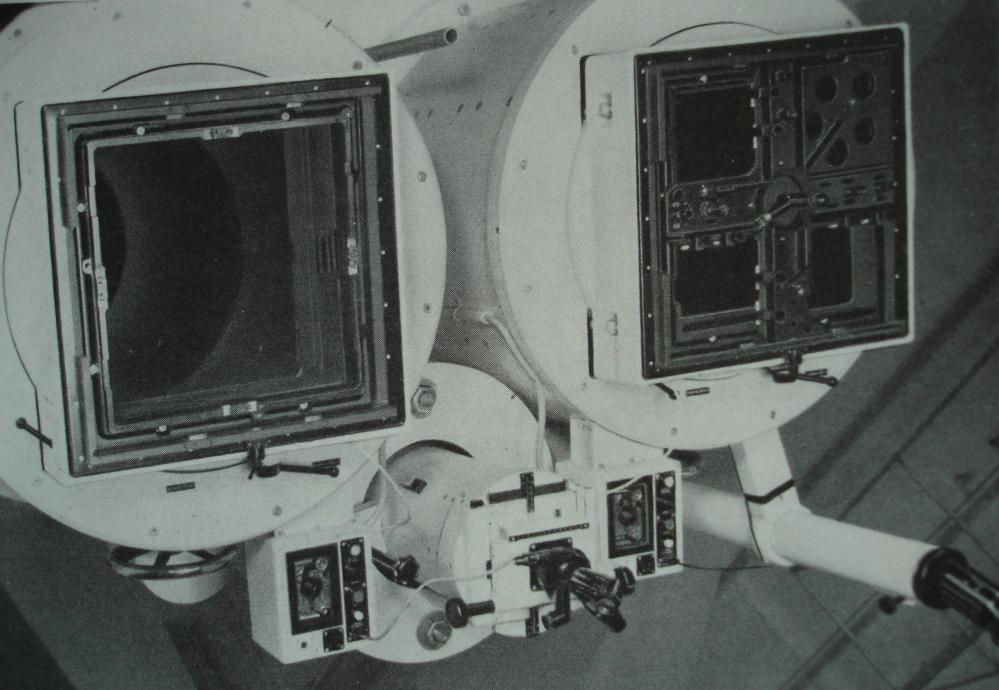 Fig. 7c. Photo plate holder of the Double astrograph, made by Askania of Berlin (1955), (Archive of the Deutsches Technikmuseum Berlin, Wolfschmidt, 2007) 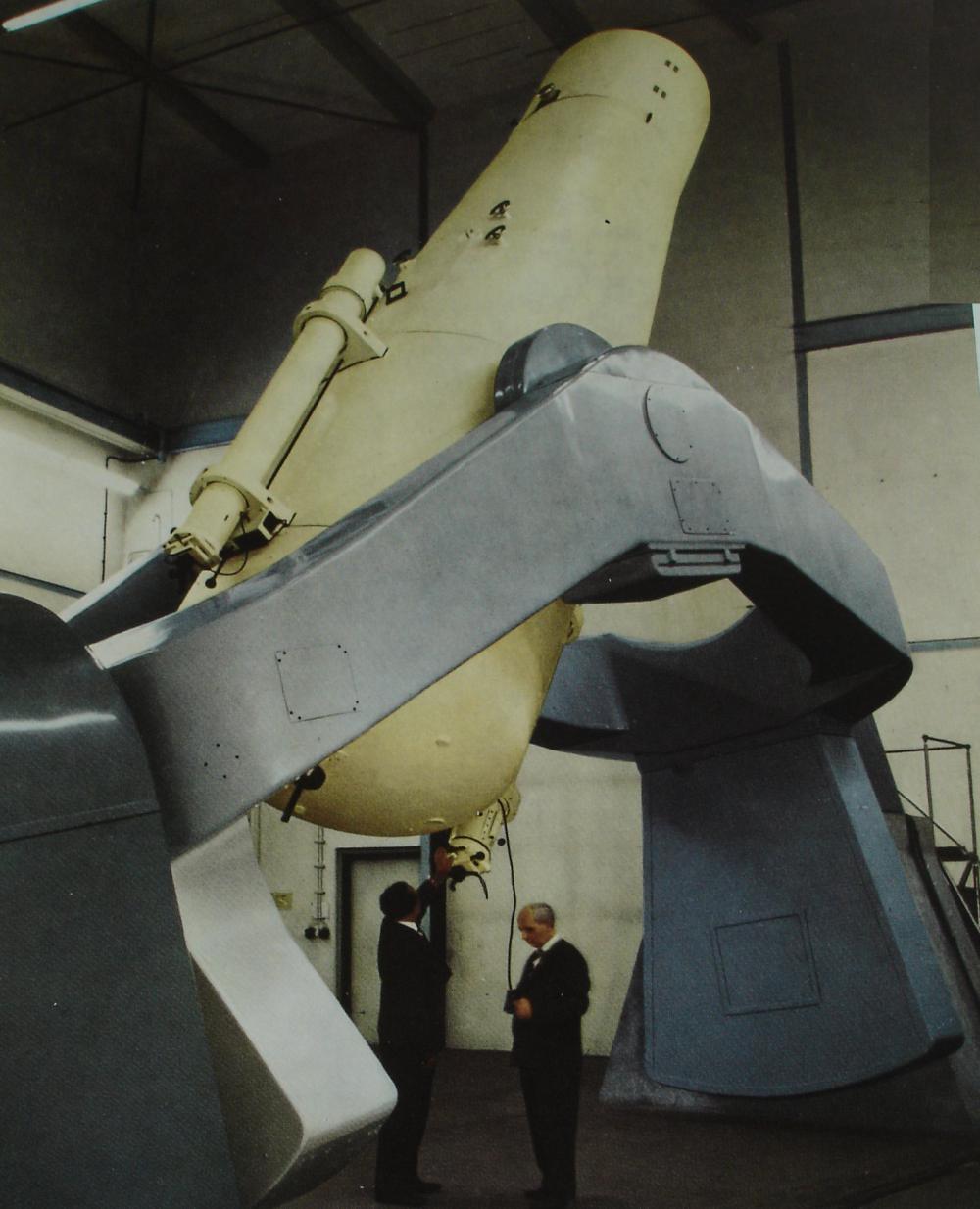 Fig. 8a. 1-m-Schmidt telescope, made by Askania of Berlin (1955), (Archive of the Deutsches Technikmuseum Berlin, Wolfschmidt, 2007) 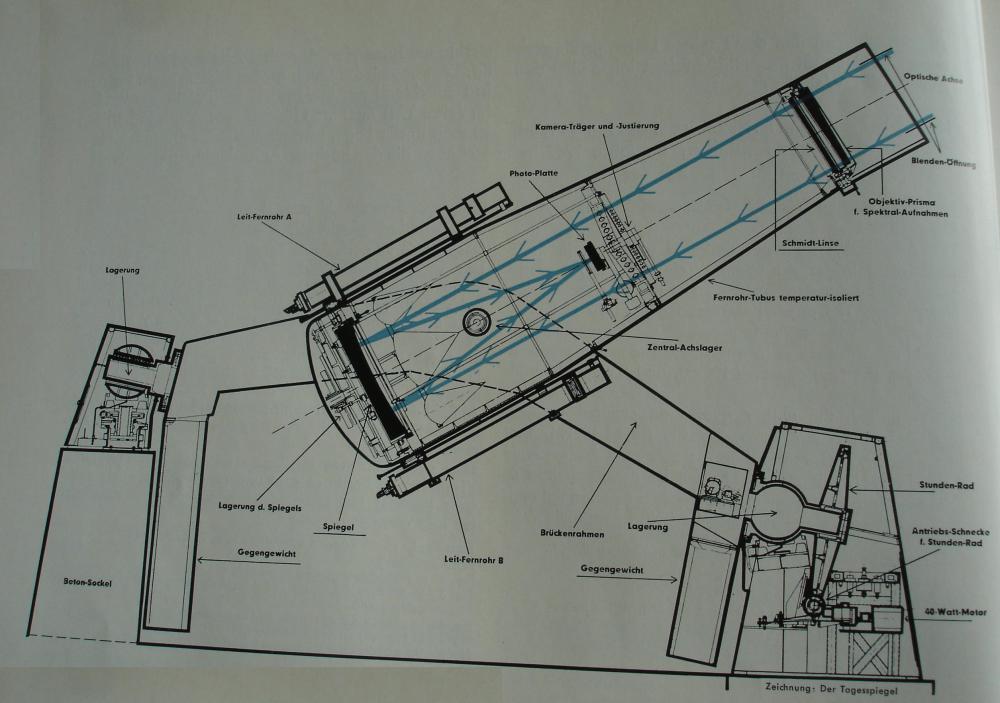 Fig. 8b. Path of rays in the Schmidt telescope (1955), (Archive of the Deutsches Technikmuseum Berlin, Wolfschmidt, 2007) 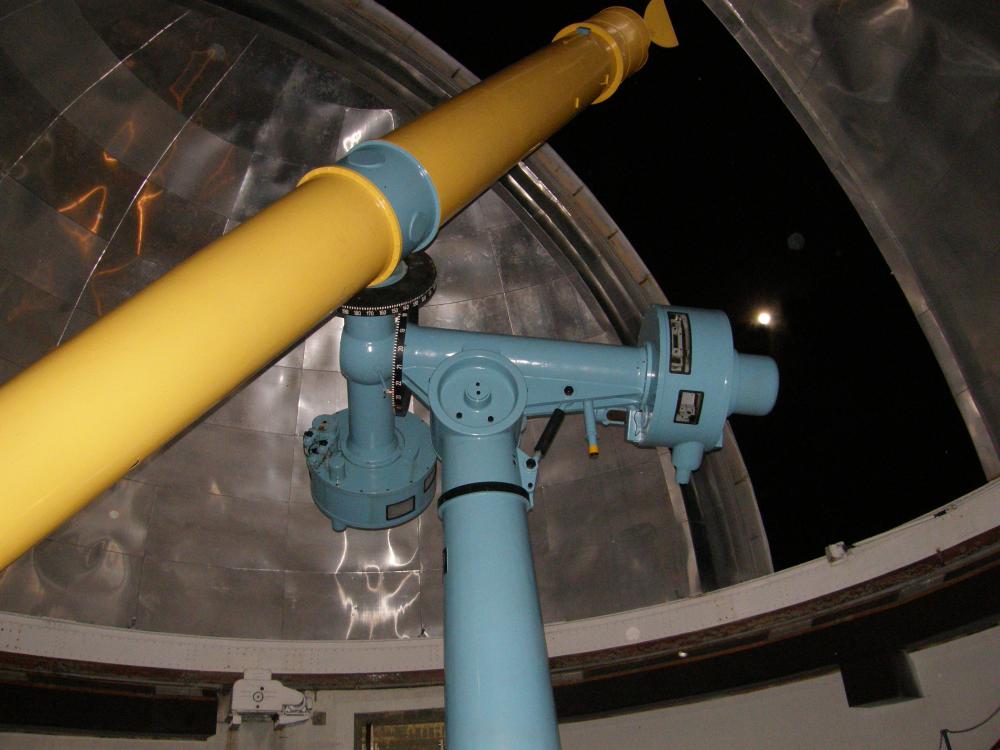 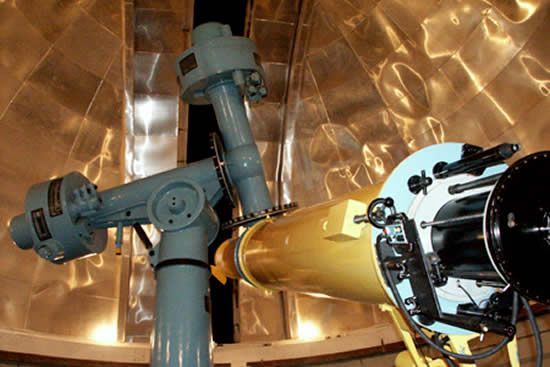 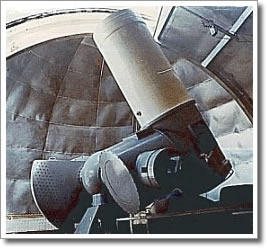 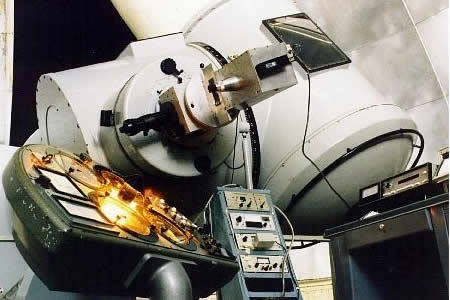 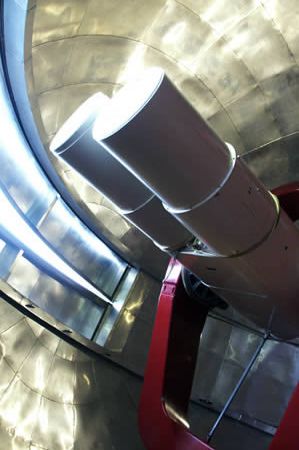 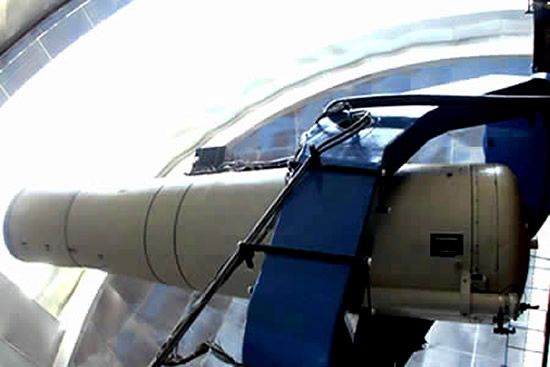 The buildings of the Observatorio Astronómico Nacional de Llano del Hato near Mérida seem to be in good condition.

Eduardo Röhl intended to build a copy of the Observatory Hamburg-Bergedorf (1912).
The realized observatory consisted of two parts, the classical astronomy in Caracas (1955/60), the astrophysics with four domes and a main building in Mérida (1975). But the buildings were just concrete domes, not such an elaborated architecture like in Hamburg.

On the other hand, the Observatorio Astronómico Nacional de Llano del Hato (CIDA) near Mérida is a real mountain observatory (like Lick, Mt. Wilson or Mt. Palomar), one of the highest observatories in the world. 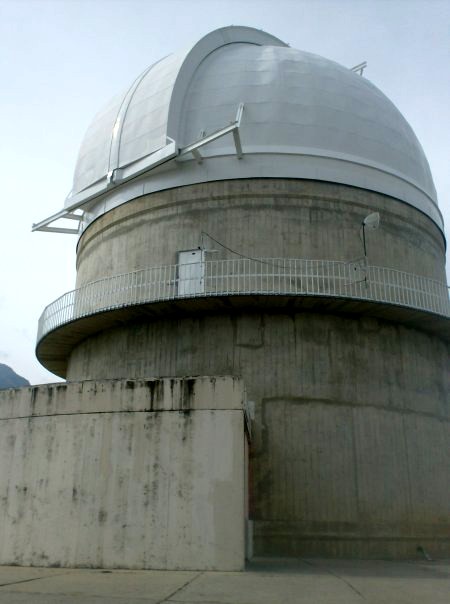 The Cagigal Observatory in Caracas is still a Naval Observatory with marine sciences, timekeeping, meteorology and nearly no astronomy.
In the National Astronomical Observatory of Llano del Hato near Mérida, astrophysical research is still done with the four telescopes, in addition CCDs are used.