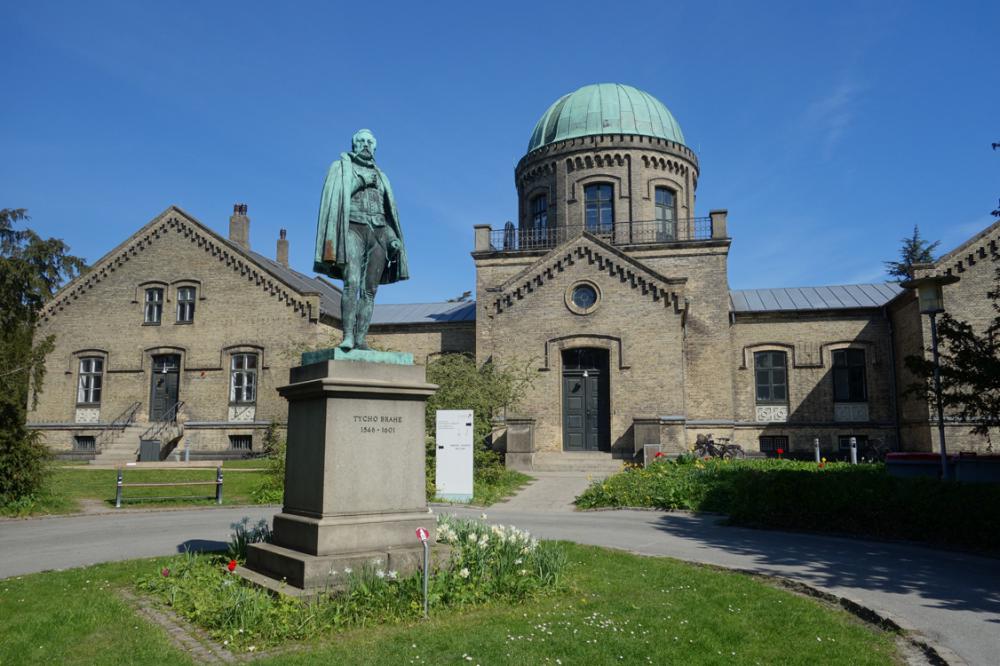 The Østervold Observatory (1859-61) in Neoclassical style is a three-winged building, designed by Hans Christian Hansen (1803--1883), who worked 18 years in Greece. The large dome was on the central building.
It replaced the University’s <a href="https://www3.astronomicalheritage.net/index.php/show-entity?identity=138&idsubentity=1" target="_blank">old observatory at Rundetårn</a> (1642).

The first observatories in Denmark were <a href="https://www3.astronomicalheritage.net/index.php/show-entity?identity=100&idsubentity=1" target="_blank">Tycho Brahe’s Uraniborg and Stjerneborg (Stellaeburgum)</a> on the Island Hven (now Ven, Sweden). 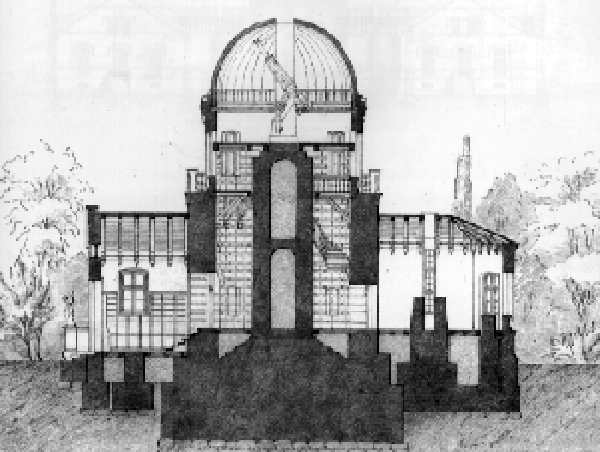 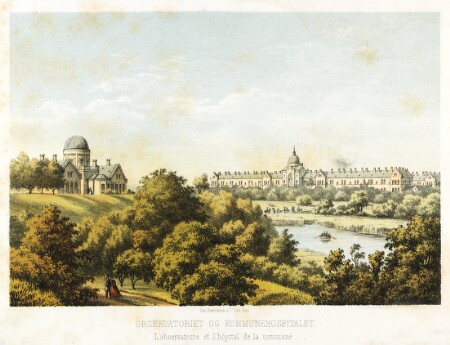 The Østervold Observatory was built on the old bastioned fortifications in the Botanical Garden. Heinrich Louis d’Arrest (1822--1875), who was professor of astronomy at the university from 1857 to 1875, made the plans. He studied at the University of Berlin, and worked from 1848 to 1957 in <a href="https://www3.astronomicalheritage.net/index.php/show-entity?identity=237&idsubentity=1" target="_blank">Leipzig Observatory</a>. He discovered the comet 6P/d’Arrest (1844), and the asteroid 76 Freia (1862). In Copenhagen, d’Arrest discovered 342 Deep-Sky-Objects like NGC 1 in 1861, NGC 26 and NGC 358 in 1865. He also started astrophysics, especially spectroscopy, and compiled a nebula catalogue "Siderum Nebulosorum Observationes Havnienses" (1867), containing 1942 nebulas with 4900 positions. He studied especially the Coma galaxy cluster, which he analysed through systematic observations from 1861 to 1867. 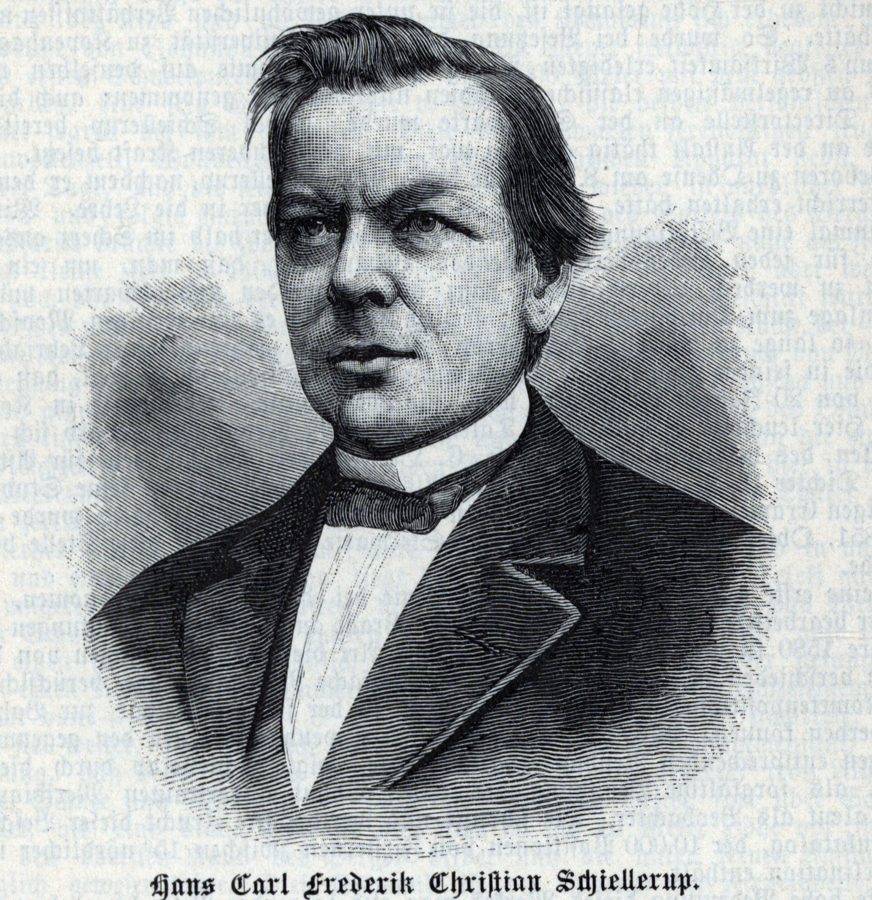 His observer Hans Carl Frederik Christian Schjellerup (1827--1887) used the meridian circle and compiled a large astronomical catalogue with 10,000 positions of stars up to the 8th or 9th magnitude. In addition, in 1866, Schjellerup published a catalogue of red stars, which were of particular interest to the then newly introduced spectroscopy -- the red stars were supposed to be final stages of the stellar evolution. Inspired by a manuscript by the Persian astronomer Abd ar-Rahman as-Sufi (903--986), in which he offered a careful description of the fixed stars based on his own observations, he translated it from the arabic original text, and became interested in brightnesses of fixed stars -- in the tradition of Argelander. Schjellerup became an early historian of astronomy. 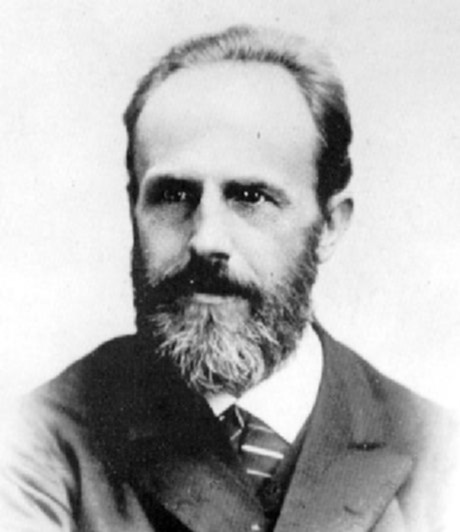 The next director of the Østervold Observatory was Thorvald Nicolai Thiele (1838--1910), more a mathematician than an astronomer. He developed a new method of determining the orbit of Binary stars, and introduced computational mathematical astronomy like statistics and the three-body problem. His books were published in German, French and English. 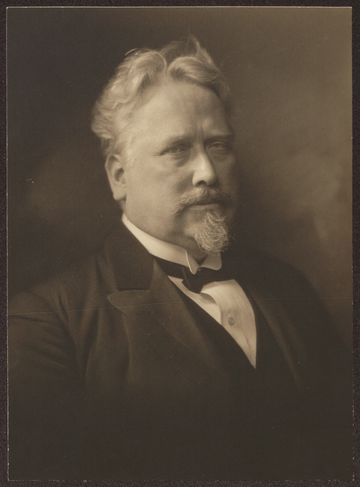 Svante Elis Strömgren (1870--1947) studied astronomy at the University of Lund from 1887, his dissertation had the topic "Determination of the Orbit of Comet 1890 II" (1898). From 1901 to 1907 he worked at the University of <a href="https://www3.astronomicalheritage.net/index.php/show-entity?identity=237&idsubentity=1" target="_blank">Kiel</a> as an assistant to the editor of the "Astronomische Nachrichten". In 1907, he was called as professor of astronomy at the University of Copenhagen and director of the Copenhagen Østervold Observatory. He devoted himself to celestial mechanics, especially binaries, the three-body problem, and the orbit determination of many comets. Strömgren was Strömgren was active in several commissions of the International Astronomical Union, member of the Royal Astronomical Society and several academies, and chairman of the Astronomical Society ("Astronomische Gesellschaft") from 1921 to 1930. 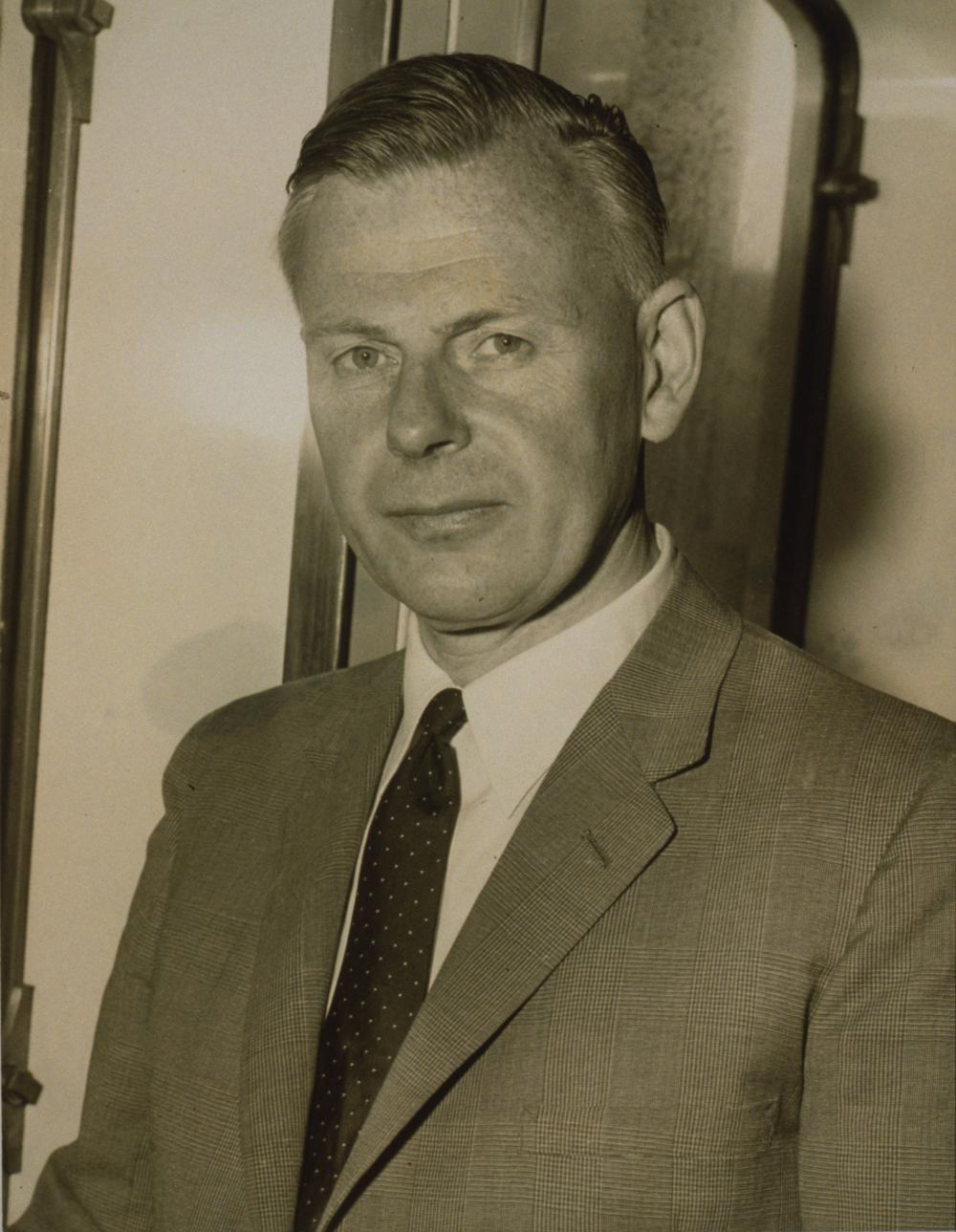 Bengt (Georg Daniel) Strömgren (1908--1987) studied at the University of Copenhagen, in 1929, he completed his doctoral thesis on a topic in celestial mechanics. After a longer guest stay at the University of Chicago and the Yerkes Observatory in the USA, he returned to Denmark in 1938 where he took up a professorship in astronomy at the University of Copenhagen, and succeeded his father as director of the Copenhagen Observatory in 1940. Due to insufficient government funding, Bengt Strömgren left Denmark in 1951 and became director of the Yerkes Observatory and the McDonald Observatory. Six years later, in 1957, he was appointed senior professor of theoretical astrophysics at the Institute for Advanced Study in Princeton, where he took over Albert Einstein’s office. In 1967, he returned to Denmark where he was director of "Nordita", a network of research institutes of the Nordic countries, for several years. Strömgren was Secretary General of the International Astronomical Union from 1948 to 1955 and its President from 1975 to 1977. His contributions to astrophysics were in the field of cosmochemistry. he determined the chemical (atomic) composition of stars, which differed greatly from previous estimates. He realised in 1932 that hydrogen is the main component of stars, and helium the second most common. After R. Wild’s discovery of the importance of the H^- ion (1939), he developed a realistic model of the solar atmosphere (1940). Bengt Strömgren studied the physics of the "Strömgren sphere" named after him, the H-II region around a hot O- or B-star with UV radiation in which all hydrogen exists in ionised form. In addition, he developed the new photometric Strömgren-Crawford-System, the narrow band system u, b, v, y, m_beta (1950s and 1960s). This multi-colour system is the basis to derive physical parameters like luminosity, mass, age, temperature, metallicity, ...)

Due to light pollution and vibrations from the Boulevard railway, the observatory no longer has any scientific significance. A new modernized astronomical university observatory, the Brorfelde Observatory, was opened in 1953. 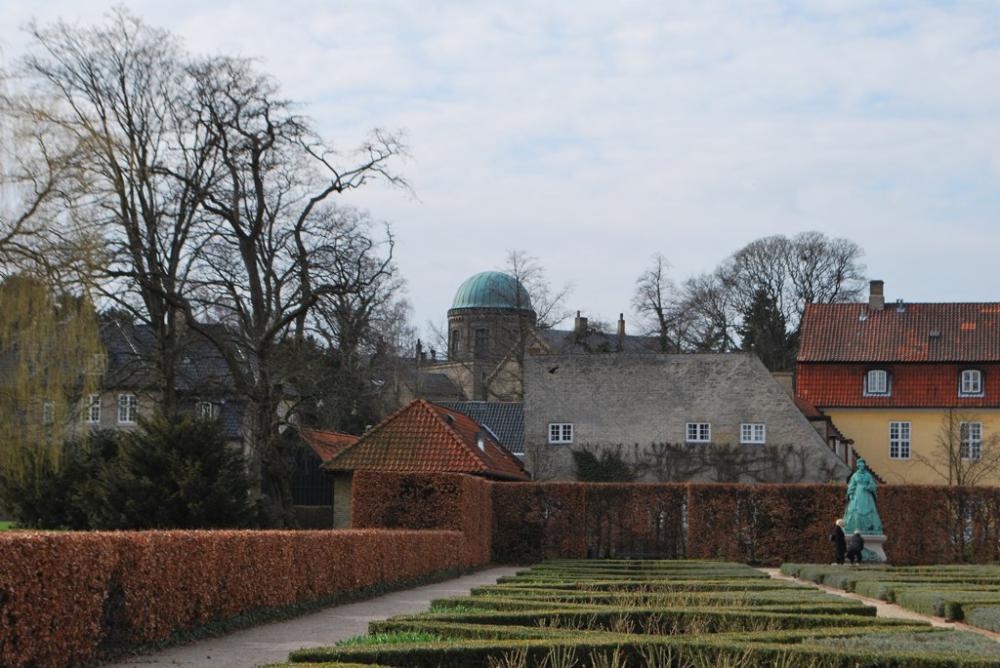 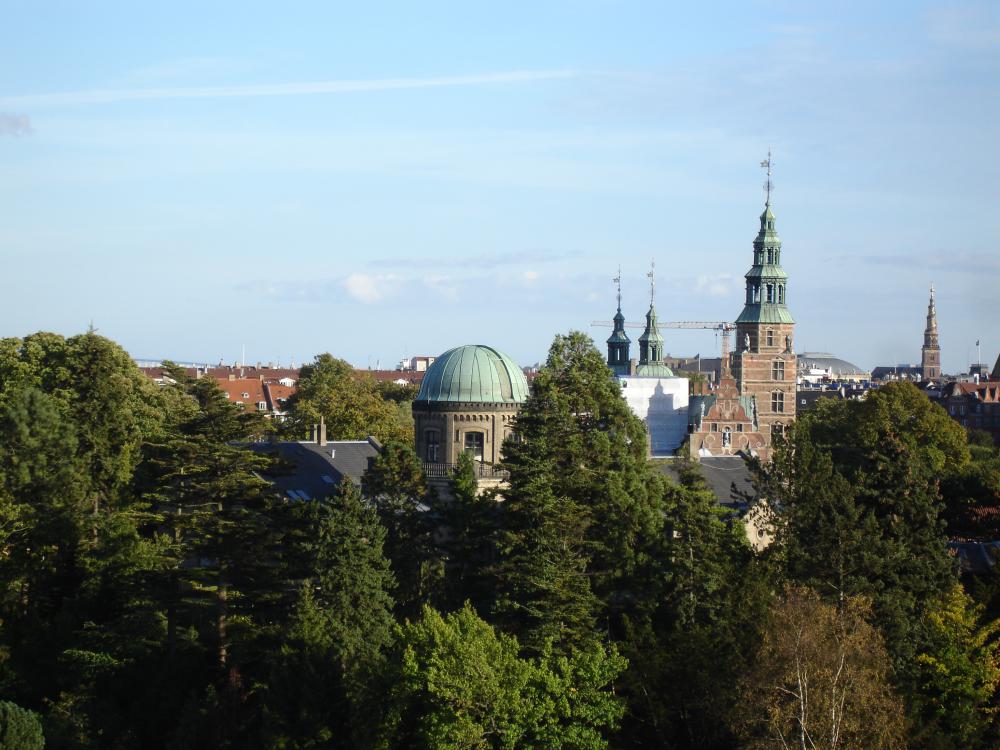 The Østervold Observatory building still exists, but it is no longer used for astronomy. The building is in good condition. 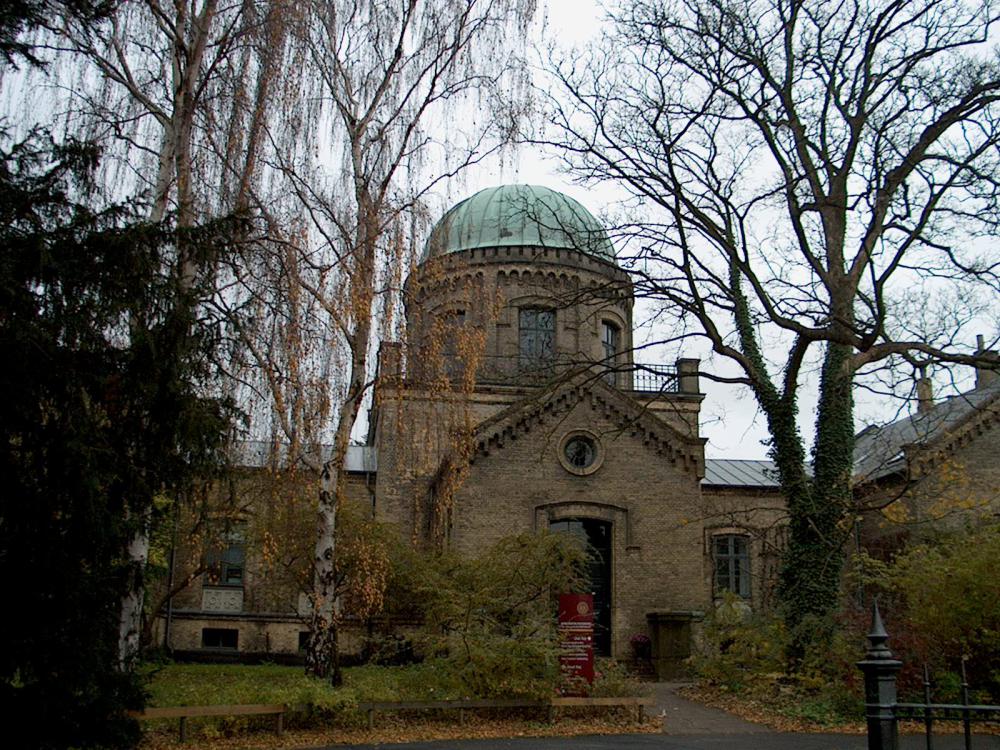 The Østervold Observatory building still exists, but it is no longer used for astronomy, but it was often used among ornithologists. The buildings today house the "Institute for Science Didactics", University of Copenhagen.

The Østervold Observatory is no longer used for astronomy since the 1950s. The 27.5-cm-Merz Refractor (1861) was moved to the Steno Museum in Århus.

A new university observatory was founded, the Brorfelde Observatory (1953--1996) near the town of Holbæk. There is a modern meridian circle and a Schmidt telescope available; also the double astrograph was moved to Brorfelde.

In addition, there is the 1.5-m-Danish Reflector at ESO, La Silla, Chile.