Copenhagen University Observatory (CUO) was established in 1642 on top of the famous Round Tower (Rundetårn) in Copenhagen.
It was moved to a new building at Østervoldgade in Copenhagen in 1861. In 1953, CUO was expanded with the Brorfelde Observatory. 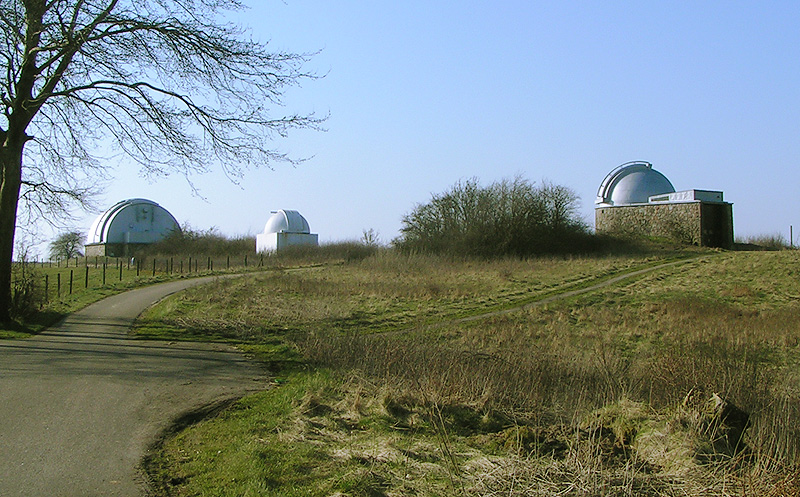 Brorfelde Observatoriet, located in Brorfelde near Holbæk, 50km to the west of Copenhagen, was built between 1953 and 1964 by the University of Copenhagen in order to replace the Østervold Observatory in the center of Copenhagen. The main building, the workshop and the astronomers’ dwelling houses were designed by the Royal architect Kaj Gottlob (1887--1976). He was keen that the buildings should blend naturally into the beautiful landscape, and they were built of materials common to the area: yellow bricks and red tiles. He drew inspiration from the rural building style both for the main building itself and for the houses. The gardens and landscape were planned by landscape architect Georg E. Georgsen (1893--1976). The paving in the courtyard of the main building was done in a star pattern. (Wijngaard 2014).

Erik Høg started to work at the meridian circle from Aug. 1954 to approx. Oct. 1955 with the investigation of the stability of the instrument (Høg 2018, p. 442 ff).
With the Carlsberg Automatic Meridian Circle observations were carried out with a photographic micrometer in the years 1964-1976 and were published in four catalogues (Laustsen 1968, Fogh Olsen 1973, Fogh Olsen & Reimer 1977, Reimer & Fogh Olsen 1982). Between 1976 and 1981 the instrument was automated and equipped with the first ("prototype") photoelectric moving slit micrometer.
In 1979, the instrument was moved to the Roque de los Muchachos Observatory of the Instituto de Astrofisica de Canaria, on the island La Palma in the Canaries, where it started operation in 1984 in a collaborativ programme between Copenhagen University Observatory, Royal Greenwich Observatory and Real lnstituto y Observatorio de la Armada en San Fernando (Helmer et al. 1991). 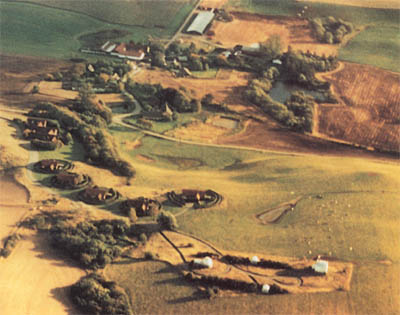 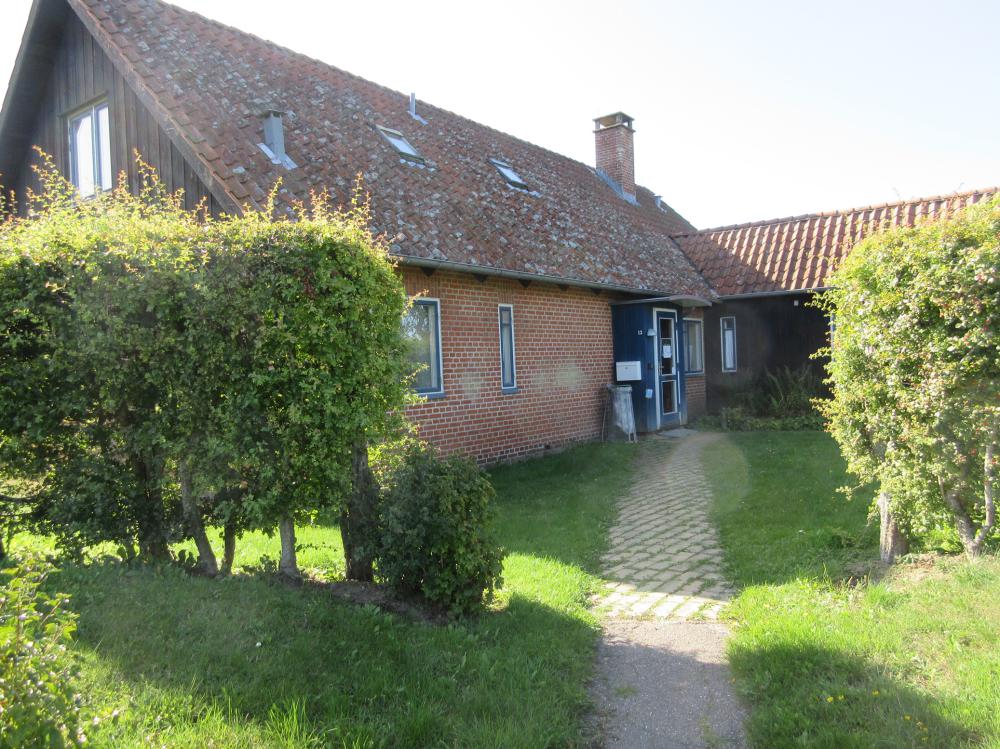 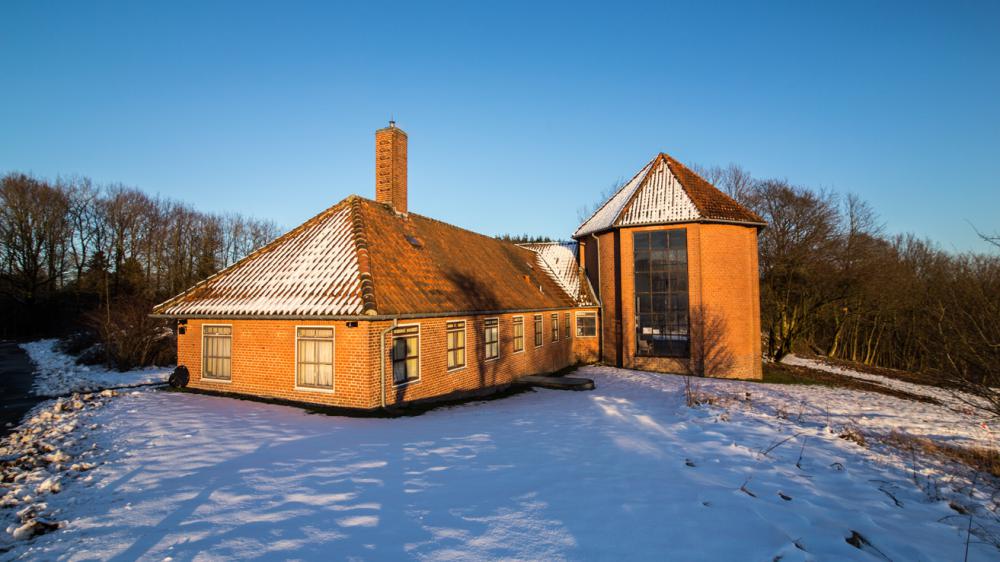 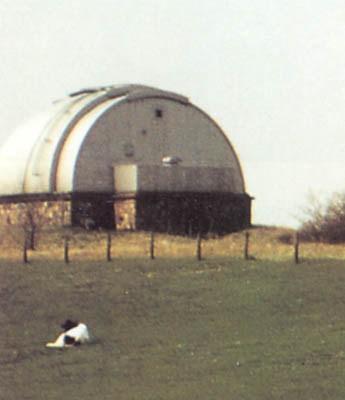 Finally in 2009 the buildings were put up for sale, because the running of the observatory became too expensive for the University. 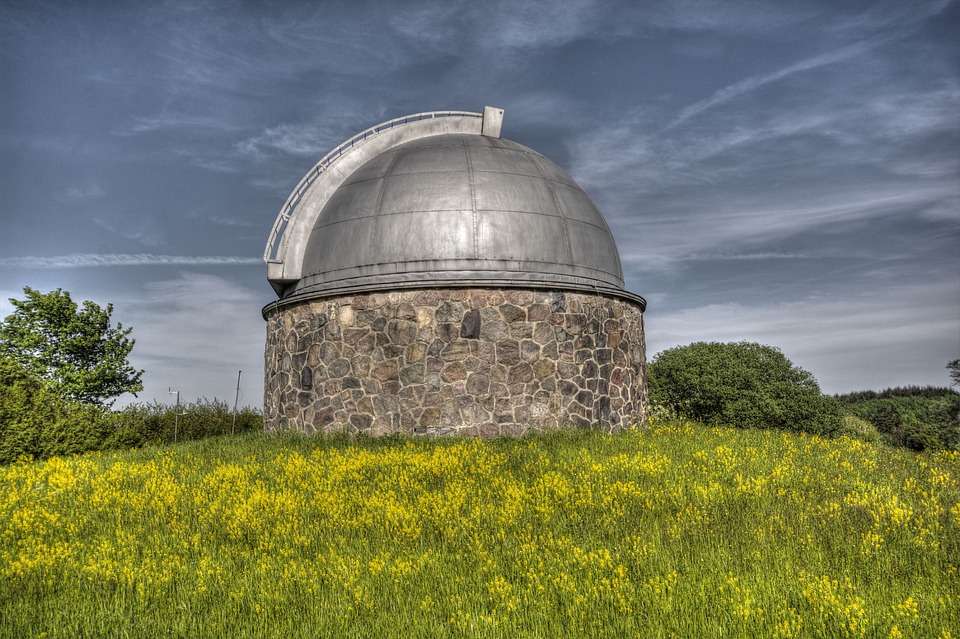 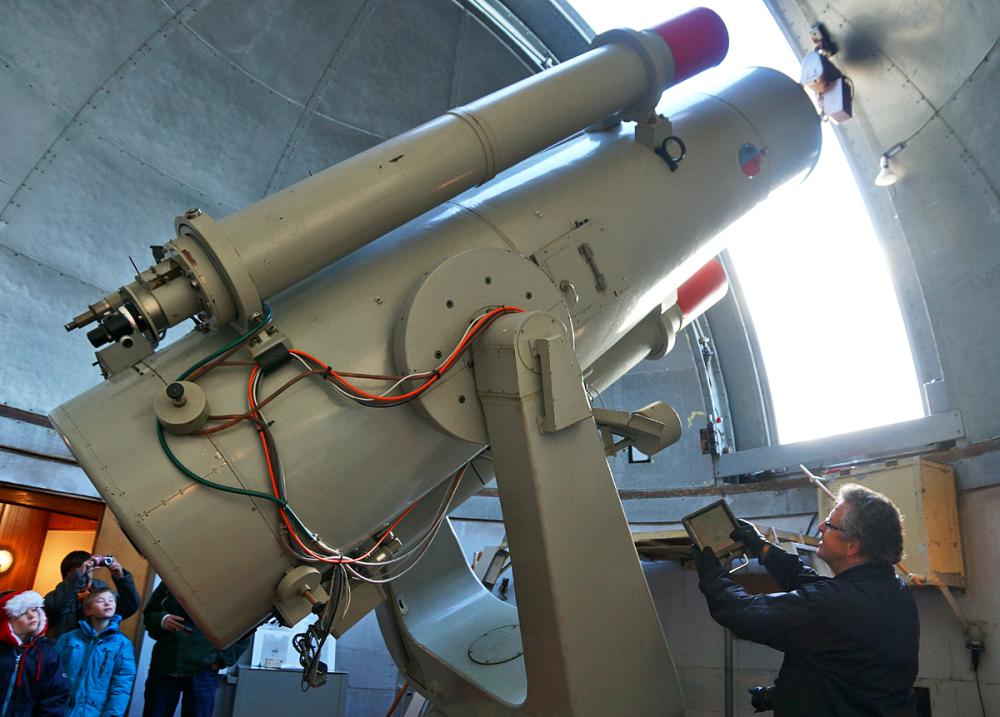 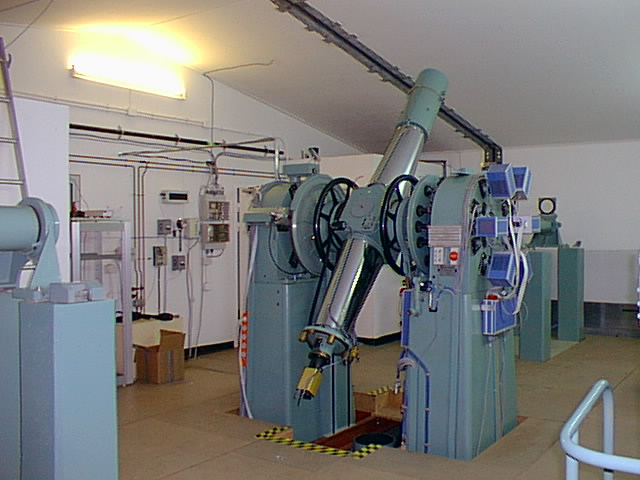 A GIER electronic computer (Institute of Geodetics Electronic Calculator) - with all of 1k of memory!, the first modern computer at the University in in Copenhagen was acquired in 1962, funded by the Carlsberg Foundation (Petersen 2015). 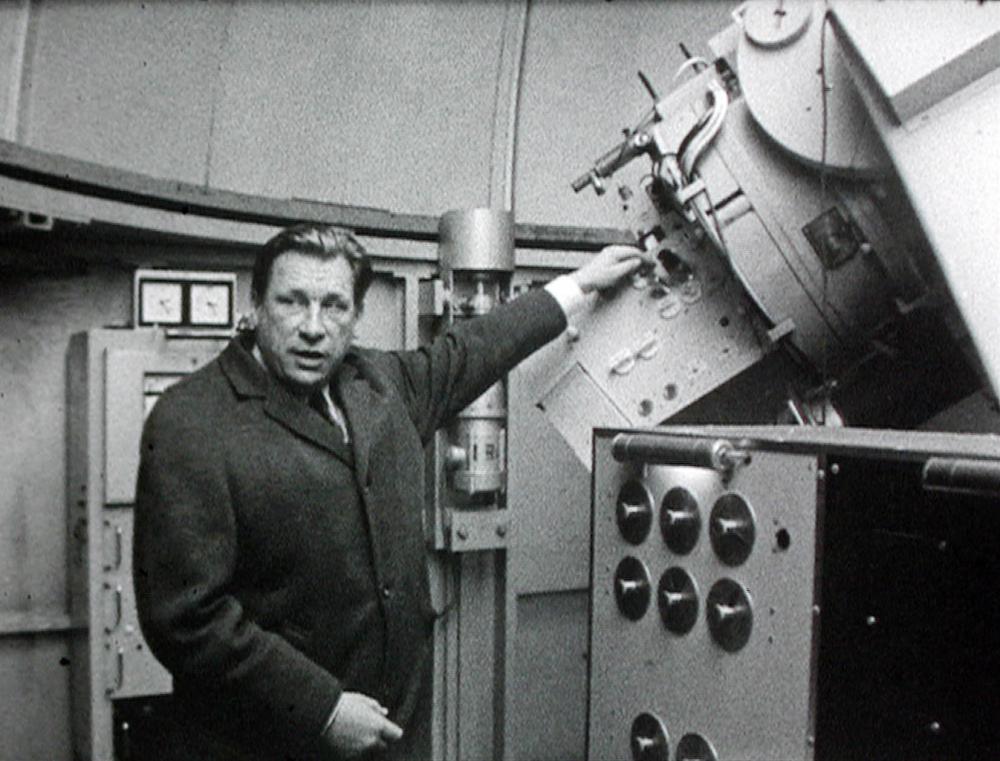 "Photoelectric micrometers have a long history in meridian instrumentation, starting with Strömgren’s proposal in 1933 of a slit micrometer. But the early ideas had to await the advent of the photomultiplier, digital electronic equipment and of the digital computer before they could bear efficiently in practice." (Høg 1974).

The photoelectric multi-slit micrometer for simultaneous observation of R.A. and Decl. designed by E. Høg (1972) was completed at the Hamburg Observatory in 1967 and used for the Perth expedition. "The mean error at zenith was 0.18’’ in right ascension and 0.21’’ in declination. The micrometer  had 21 pairs of fixed slits, each  pair consisting of two mutually orthogonal slits inclined at 45° to the meridian. From the times when a star crosses the slits, the x,y coordinates of the star are derived." (Helmer et al. 1991).
"The experience gained with this Høg micrometer was the basis for the first photoelectric moving slit micrometer for the Carlsberg Automatic Meridian Circle (CAMC), basically designed  by E. Høg, where one slit pair is moved across the image of the star several times during each transit. With this micrometer a zenith mean error of 0.19’’ and a limiting magnitude of 13^m was reached." (Helmer et al. 1991).

Corresponding successful developments of three different methods (with photographic and photoelectric micrometers) were started at the Brorfelde, Hamburg-Bergedorf, and Bordeaux observatories which have now given about 160,000 observations with an average mean error of 0.22’’. The use of a photoelectric star sensor or Star Tracker is the most direct way to replace the human eye in the impersonal Repsold micrometer. An account of the many different types of star sensors has been given by Kühne (1971, 1983), e.g. Rotating knife-edge like at the 19-cm-meridan circle at Bordeaux.
It carries good promise for ’the future that new meridian circles employing modern techniques are being put into operation at Caracas, Sao Paolo and Washington, and one is planned for Tokyo. (Høg 1974).

In addition, in the 1960s, meridian astronomers started utilizing electronic computers as soon as they became available to relieve the meridian observer from the burden of routine tasks. Watts (1960) and Adams (1963) described the pioneering work at the U.S. Naval Observatory. The introduction of quartz clocks and a digital chronograph at R.G.O. Herstmonceux has been surveyed by Tucker (1963). (Høg 1974). 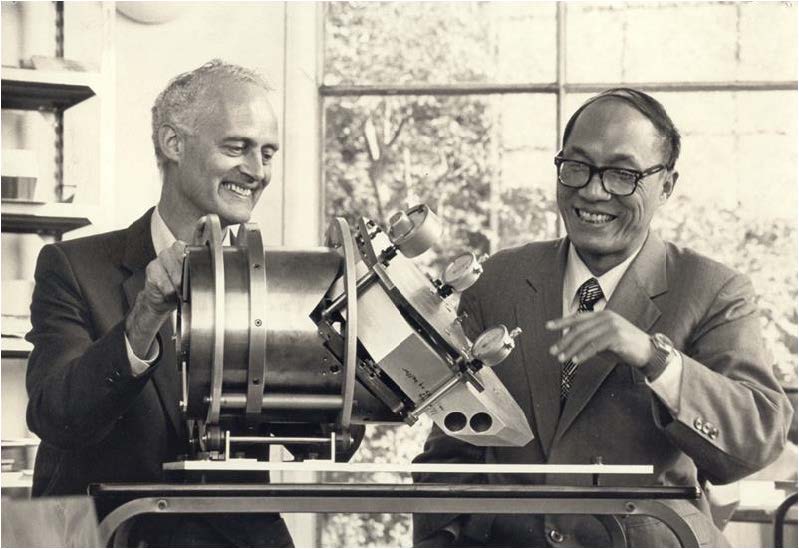 Copenhagen University Observatory (CUO) with Østervold and Brorfelde Observatories had a single director.

In the mid-1970s the Observatory had two professors, approx. 20 scientific staff, as many in workshops and offices, and many students. After the democratic evolution at the University about 1972 a number of astronomers took office as director, most of the time it was Professor Henning Elo Jørgensen (1938--2010), professor 1982 to 2005; director for several periods.

Erik Høg and Leif Helmer worked together in 1974/76 on the publication of the catalogue of 25,000 stars from the Hamburg Meridian Observations in Australia. Leif Helmer developed the software for the La Palma meridian circle, so that the telescope could be operated remotely via the Internet. In 2005, Spain took over meridian circle on La Palma.
The Cook meridian circle from the Royal Greenwich Observatory in Herstmonceux was installed in the meridian circle dome in Brorfelde in the early 1990s and used in the testing of CCD micrometers for measuring the star and for reading the meridian circle before being sent to La Palma. It was later transferred to the National Maritime Museum in Greenwich. In 1996, the new micrometers were put into use on La Palma after being built in Brorfelde. They used CCD detectors instead of photon counting, so that far more and much fainter stars could now be observed with greater accuracy. (Høg 1922). 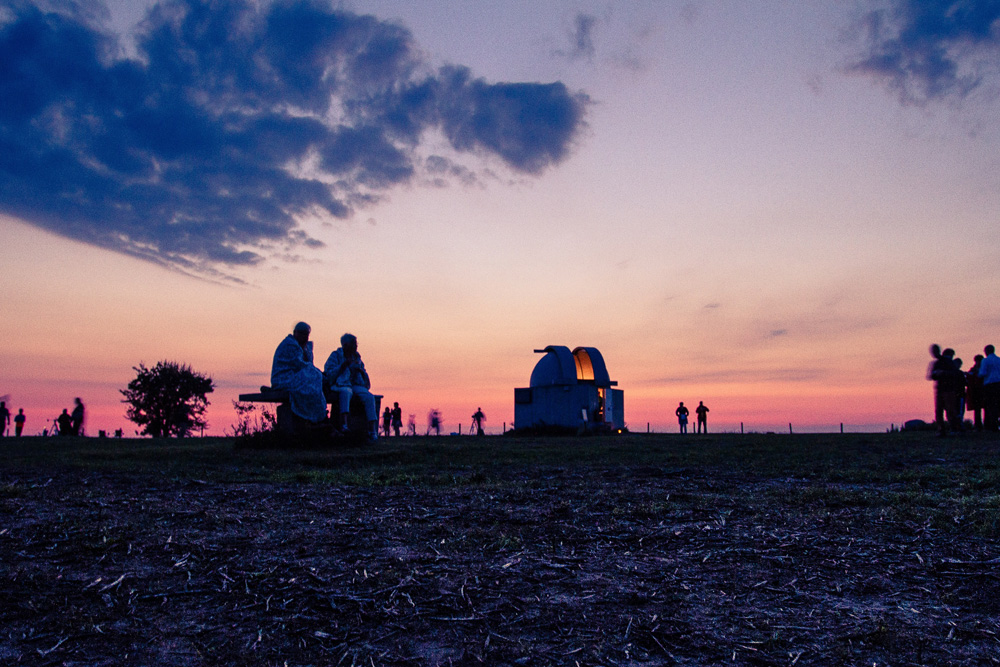 The buildings of Brorfelde Observatory and the hills, even the night sky (Mørkefredning "Dark site") above Brorfelde are now protected and have been handed over to Holbæk municipality. Brorfelde Observatory is in the Heritage Agency of Denmark database for Listed Buildings.
The road leading up to the observatory was named Observator Gyldenkernes Vej after the first influential director.

It is similar to Hoher List Observatory, Schalkenmehren, Eifel (1954--2012) as outstation of Bonn Observatory.

no threats, it seems to be in good condition.

The telescopes of Brorfelde Observatory was used from 1996 to 2009 by University of Copenhagen students. Two amateur astronomical societies, the Brorfelde Circle of Friends and the Copenhagen Astronomical Society, also used the domes.

In 2009, Freja Ejendomme wanted to sale the area. But local people succeeded to protect the ensemble in 2012. Then in 2013, Holbæk Municipality bought the observatory. An experience centre is now developed that will focus on everything between heaven and earth: Or more precisely geology, nature and astronomy for school classes, families and others who want to experience and learn. (Bouchet & Olsen, 2014). 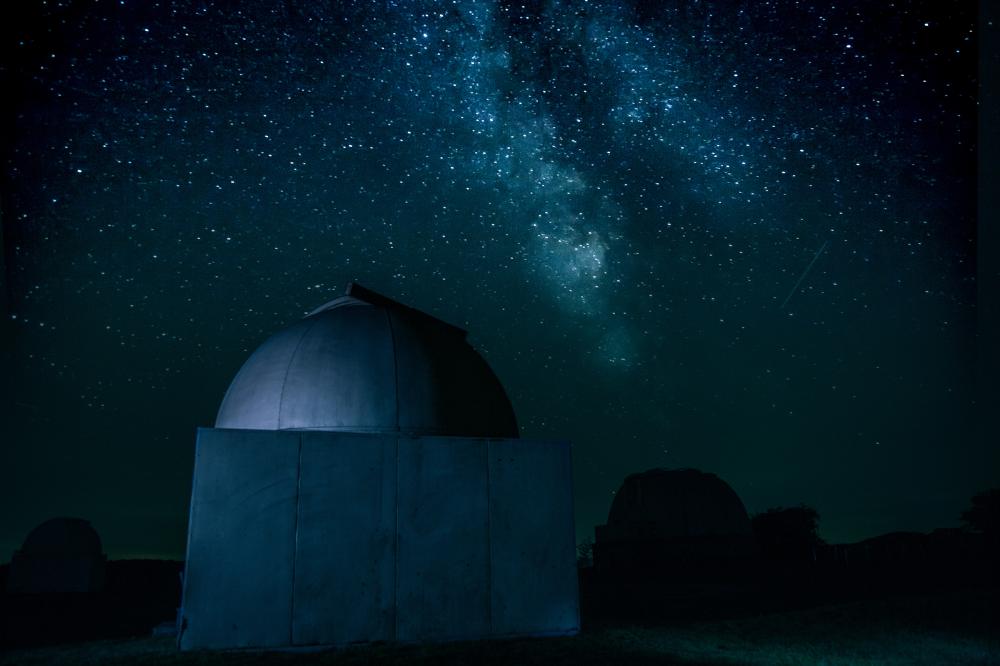 Brorfelde Observatory was the University of Copenhagen observatory from 1953 to 1996. The emphasis of research was in asteroid discoveries with the help of the Schmidt telescope, and innovative astrometry with one of the best meridian circles in the world.

In 1996, the personel from Østervold and Brorfelde Observatories moved to "The Rockefeller Building" at Juliane Maries Vej in Copenhagen. In 2005, this 363 years old institution was merged with the "Niels Bohr Institute".

In addition, the astronomers have the 1.5-m-Danish Reflector at ESO, La Silla, Chile, for observing the Southern sky. 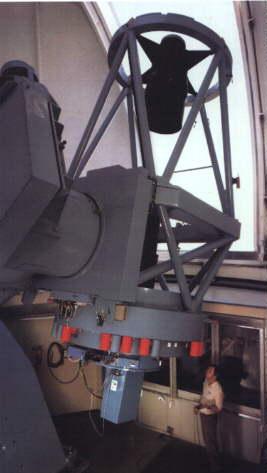