The University of Sofia, the first higher educational institution in Bulgaria after the Liberation (1878), was founded in 1888.
One year later the Department of Astronomy at the Faculty of Physics was founded in 1889. In 1904, Sofia University was named "St. Kliment Ohridski". The building of the university, 15 Tsar Osvoboditel Boulevard, Sofia, was constructed between 1924 and 1934. 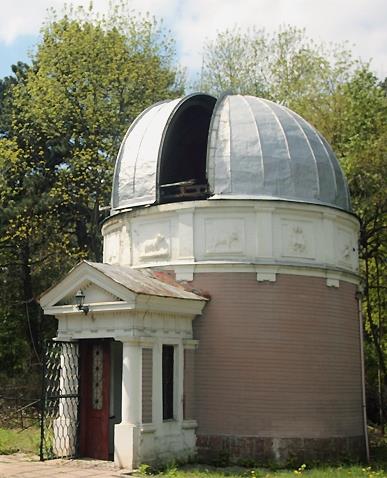 The Astronomical Observatory at the University of Sofia "St. Kliment Ohridski" was built in 1892/94 in Borisova Gradina Park, initiated by Prof. Marin Bachevarov (1859--1926), the first professor in astronomy at the University since 1892. Already in 1887, the first meteorological station was founded. The main astronomical teaching topics were spherical astronomy, planetary and celestial mechanics, in 1897, astrophysics was introduced. In 1910, he established the Institute of Astronomy. In addition, Iordan Kovachev (*1875) was called as first assistant professor from 1901 to 1904. Bachevarov observed Halley’s comet in 1910; also ephemerids were calculated. 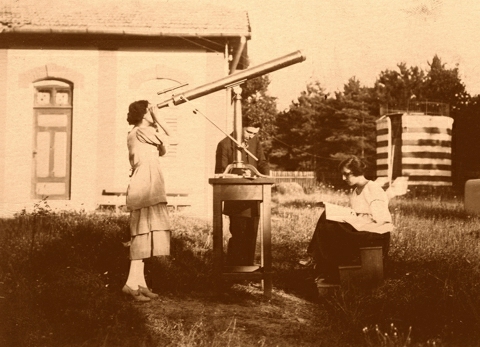 Fig. 3b. Merz telescope, used for teaching in 1921 in Sofia University Observatory (oldastro.phys.uni-sofia)

The first small telescope, made by Merz of Munich, came from the Bulgarian scientist Dr. Peter Beron. In 1886, Peter Beron’s nephew, Stefan Beron, donated it, then it came to the university in 1892; on display in the National Polytechnic Museum in Sofia.

Bachevarov acquired the first telescope in Bulgaria, the 6-inch (15.2cm) Refractor with equatorial mounting, made by Grubb of Dublin (1897). 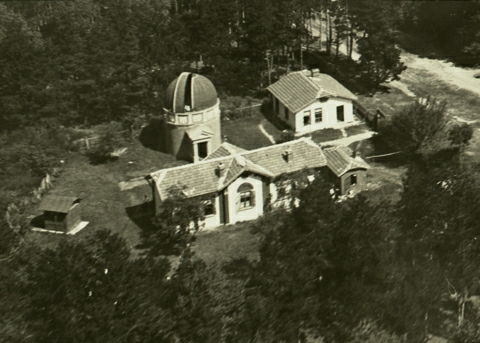 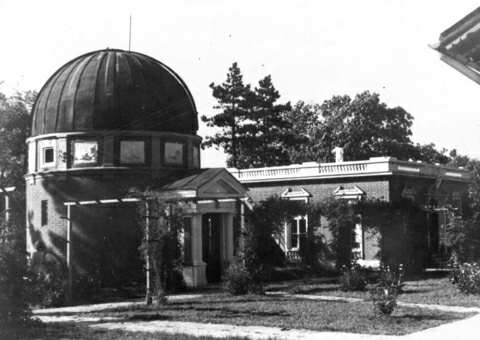 Nikola Ivanov Bonev (1898--1979), director from 1928 to 1965, modernized the observatory and added buildings. From 1942 to 1986, the Observatory had a timekeeping service. The launch of the first artificial Earth satellites were observed from here. 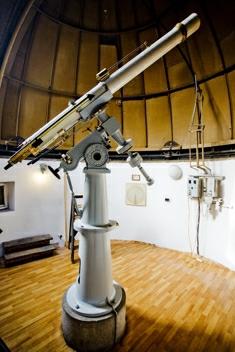 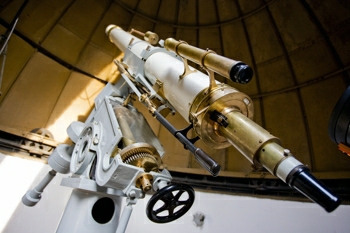 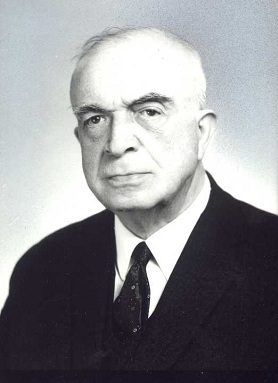 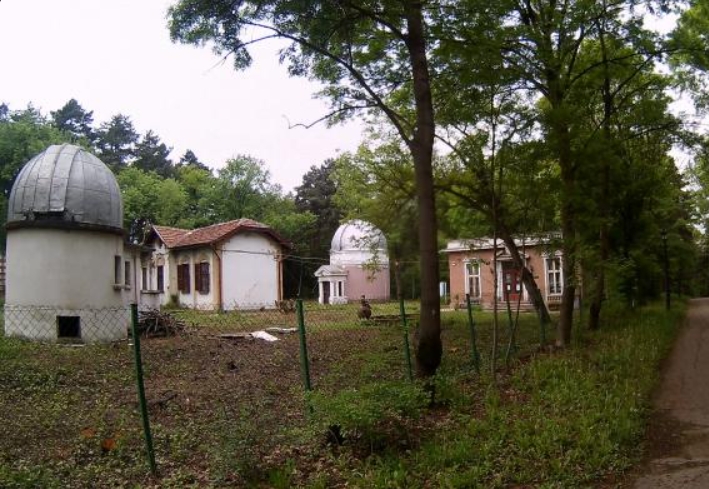 The first Astronomical Observatory in Bulgaria will be entirely restored (2019).

It is a typical one-dome observatory like Copenhagen or Lund.

In addition, the observatory with the historic 15.2cm-Grubb-Refractor is used for public outreach.

The Institute of Astronomy (IA) with the Bulgarian National Astronomical Observatory (NAO) employ about 50 astronomers who are working in the following fields of research: