Alatri is one of several towns in the ancient Latium Vetus—a wide area in central Italy broadly enclosed by the coast and the Apennines between Rome and Terracina—whose walls and buildings were constructed using the ‘polygonal’ technique, in which enormous stone blocks are cut in irregular shapes and perfectly fitted together without mortar. Alatri was built around a small hill and the acropolis (citadel) was placed on the hill, forming a sort of huge ‘geometric castle’ dominating the centre of the town.

The acropolis has two entrances, a major gate (Porta Maggiore) with a 24-tonne lintel measuring 5 × 2 × 1.5m and a postern gate (Porta Minore) on the opposite side. There are no inscriptions: the only mark left by the builders is a symbol on the lintel of the postern gate composed of three phalli arranged so as to form a T-shaped (or cross-shaped) image. On the opposite side of the building, at ground level, are three huge niches (c. 2m high and 1m wide); they have no structural function and appear to have held statues. 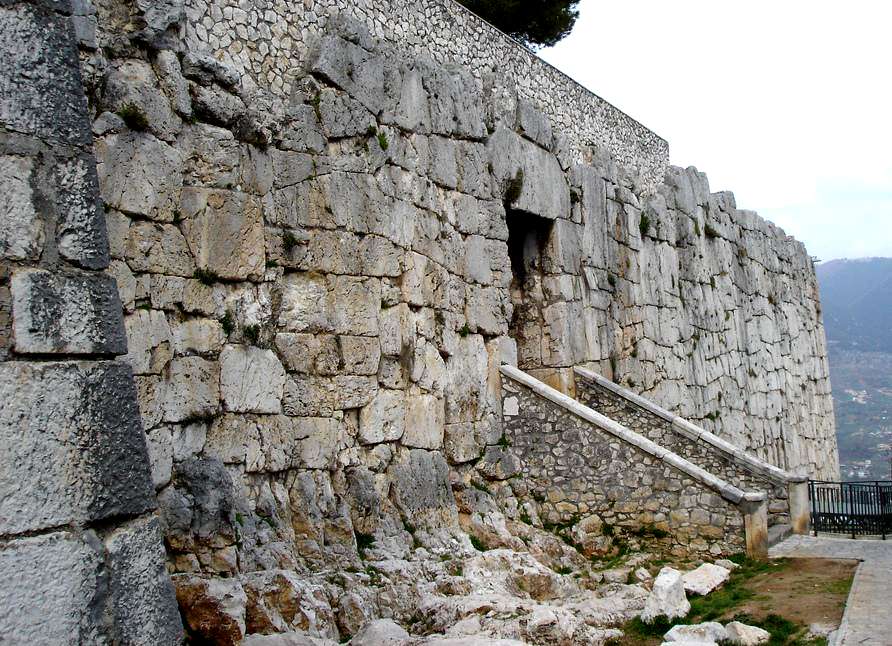 Fig. 1. The acropolis of Alatri: The south side with the main gate (the staircase is a 19th-century addition). Photograph © Giulio Magli 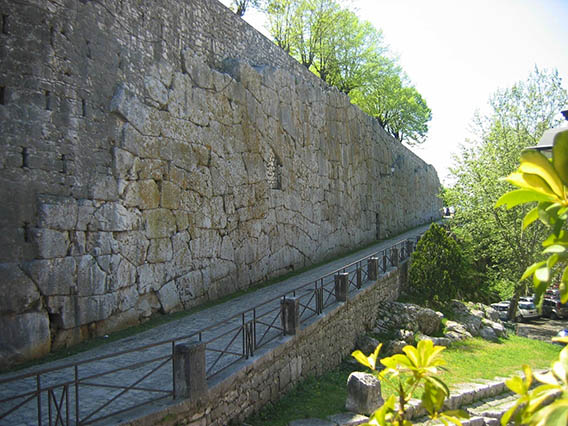 Fig. 2. The acropolis of Alatri: the north-west front with the postern gate. Photograph © Giulio Magli

Alatri cathedral stands within the acropolis. The lower courses of stone in its walls belong to an earlier building, possibly a temple, constructed using the polygonal technique. The northern wall contains a huge block measuring 2.5 × 2 × 1m, which was cut with nine corners and then joined to other eight blocks. Just behind this stone there is a natural fissure in the rocks, which might have been the foundation deposit (i.e., a pit, or a natural crevasse, where ritual objects and/or vegetables were buried at the act of the foundation of a town). This point is marked O in Fig. 3. 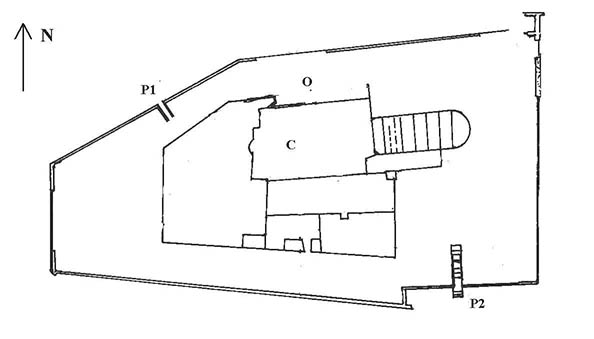 Fig. 3. Schematic map of Alatri acropolis. P1 - Postern gate; P2 - Main gate; C- Cathedral; O - Natural fissure in the rocks that might have been used as the foundation deposit of the town. After Magli (2006), fig. 2

In Italy, all polygonal walls are attributed to the Romans, and generally thought to date to the time of the Roman republica (5th-3rd century BC), although for most of these constructions no reliable stratigraphy is available, and they may be somewhat (up to a few centuries) older. Inside the earthwork supporting the wall in the area of the three niches, the substructure of an archaic building (6th-5th century BC), possibly a temple, has been unearthed. Another temple probably stood where Alatri Cathedral was later constructed, the catedral being constructed upon the surviving lower walls of this second temple.

Alatri is the most spectacular example of the use of geometry and astronomy in planning during Early Roman times. The point O is the basis for a number of geometrical relationships incorporated in the architectural plan: for example, the gates of the city on opposite sides of the acropolis are equidistant from O. The main astronomical alignment is from O to the north-eastern corner of the acropolis, which coincides with the rising sun at the summer solstice. Astronomical symbolism also appears to have been incorporated in the orientation and distinctive shape of the building. Its east and west walls are oriented cardinally (north-south), while it has been argued that other alignments indicate the bright southern stars of the Southern Cross and Centaurus. Its distinctive shape, which is by no means constrained by the morphology of the hill, reflects that of the constellation of Gemini.

Not only in Alatri, but in many other towns of central Italy such as Circei, Ferentino, Norba and Segni, the size of the stone blocks and the ingenuity in the construction of polygonal masonry reach the same magnificence, and give the same impression of power and pride, as characterize the world-famous Mycenaean towns of Tiryns and Mycenae, constructed around the 13th century BC, the so-called pyramid of Helleniko, and the masterpieces of early classic Greek architecture such as the terrace of the Temple of Apollo at Delphi, dated to the second half of the 6th century BC.

The citadel walls are virtually intact, still rising up to 15m high. The shape and orientation of the building, which are crucial for the astronomical interpretation, are unchanged. However, if the three wall-niches originally held statues, these have been long lost.

The site is used as a monument and park. It is open to the public, free of charge.

The state of preservation of the walls is excellent: the joints between the blocks are so perfect that it is impossible to insert even a single sheet of paper between two of them. The builders’ symbol was damaged in antiquity (probably as a pagan symbol) but is still clearly visible.

A continual problem for the dry, polygonal masonry is the growth of tree roots inside the earthwork that stands behind the walls. Today the city authority seems to have this problem under good control, although more funding is needed. Unfortunately an attempt at restoration was made in the 1970s, in which cement was injected in some sectors; this has caused a series of problems because the masonry cannot oscillate and the area is one of high seismic activity. However, it seems to be impossible to restore the pre-restoration situation, so the monument is (for the first time in millennia) at some risk from earthquakes.

The city lies on a hill standing at the centre of the (relatively untouched) Liri valley, with other hills around the horizon.

The impressive polygonal walls of central Italy were first investigated by 19th-century ‘romantic’ archaeologists such as Ferdinand Gregorovius, later by Theodor Mommsen, and subsequently by Giuseppe Lugli. The idea that the layout of Alatri was planned on the basis of geometrical and astronomical alignments was first put forward by the local historian Giuseppe Capone in 1982. His results were confirmed and extended by subsequent investigations.

The site is owned by Alatri city administration.