The twin monastery of St Peter (Monkwearmouth) and St Paul (Jarrow) lies near the mouths of the rivers Wear and Tyne. 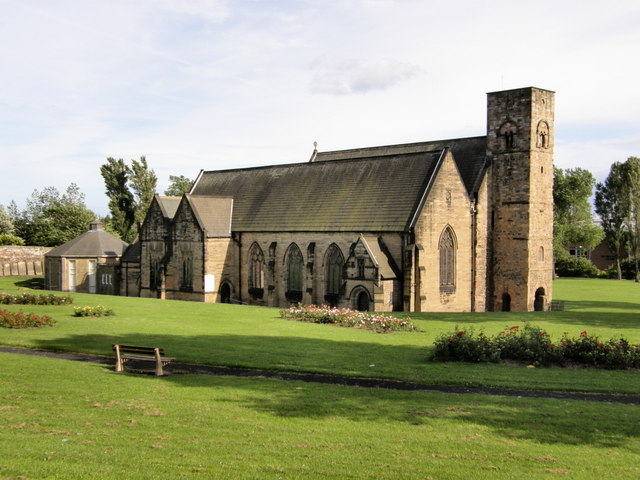 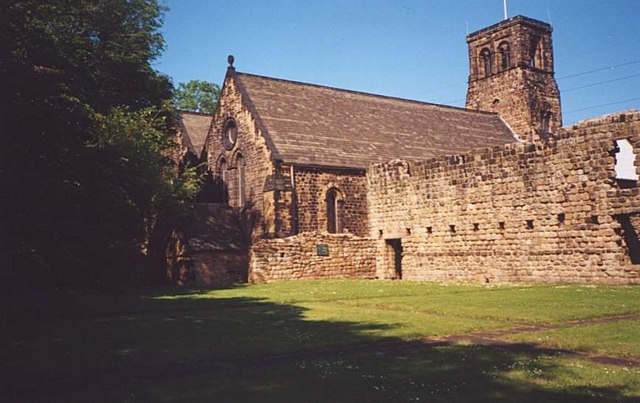 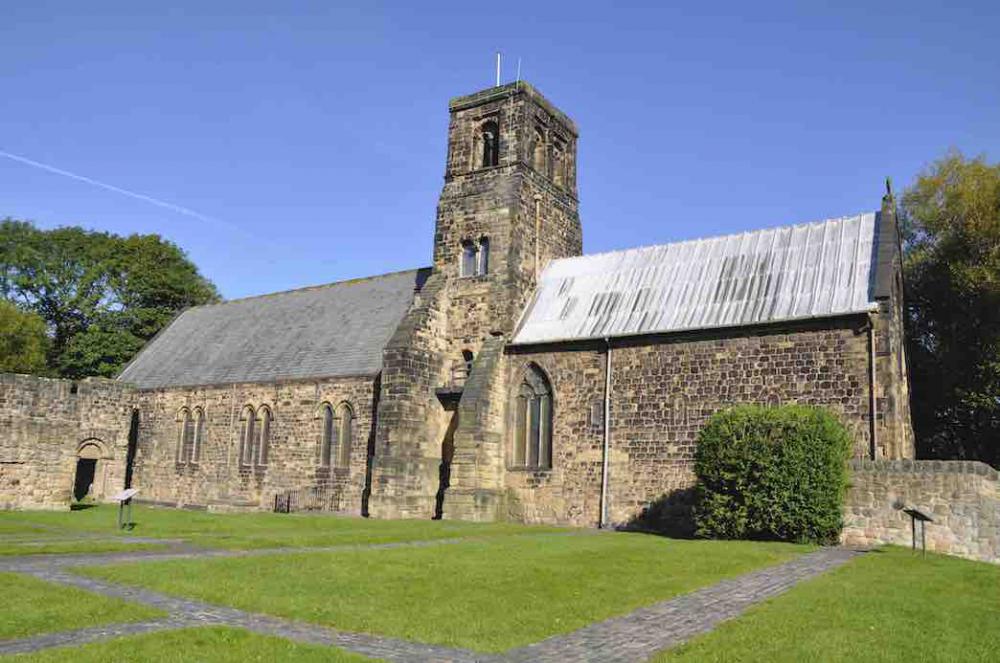 The twin monastery was established in the seventh century by Benedict Biscop and by the early eighth century was an internationally renowned centre of learning with one of the most important libraries and scriptoria of its time.

The significance of this site for the development of astronomy relates to the scholarly activity of the monk, the Venerable Bede of Jarrow (c. 673-735), who entered the monastery at the age of seven and remained there for the rest of his life. As the proposed statement of value from the draft site nomination says:

Bede’s exceptional abilities ... flourished in this environment. His prolific output ... on a great variety of ... subjects, including theology, astronomy, science, music and language ... still inspire active international scholarship, as they have done for more than thirteen centuries.

Bede wrote his works on astronomical computus between AD 703 and 731. His writings focused on integrating the astronomical and liturgical concepts of time, by means of numbers, in order to compute a correct religious calendar. These works were rapidly carried throughout Europe and provided a significant intellectual element of the Carolingian Renaissance. His On the Reckoning of Time became the principal text for early medieval astronomical study and continued to be taught and copied from the eighth to the fifteenth centuries.

The state of conservation of both churches is monitored by the Church of England and that of St Paul’s monastic site by English Heritage. Both are generally good.

These are pressures from urban development, and hazardous industrial operations in the vicinity.

St Paul’s Monastery at Jarrow, the Village of Jarrow, and Monkwearmouth Anglo-Saxon Monastery and Medieval Priory are designated as Scheduled Monuments. St Peter’s Church at Monkwearmouth, St Paul’s Church at Jarrow, and the ruins of the Jarrow Medieval Monastic Site are Grade I Listed Sites. Additional elements of the site have further statutory protection. Protection of St Peter’s Church and St Paul’s Church is effected by the Church of England through its own internal controls that require a license, called a ‘faculty’ for all alterations to the fabric, ornaments or furniture of churches. The Twin Monastery of Wearmouth Jarrow was included on the United Kingdom’s Tentative List in 2012. 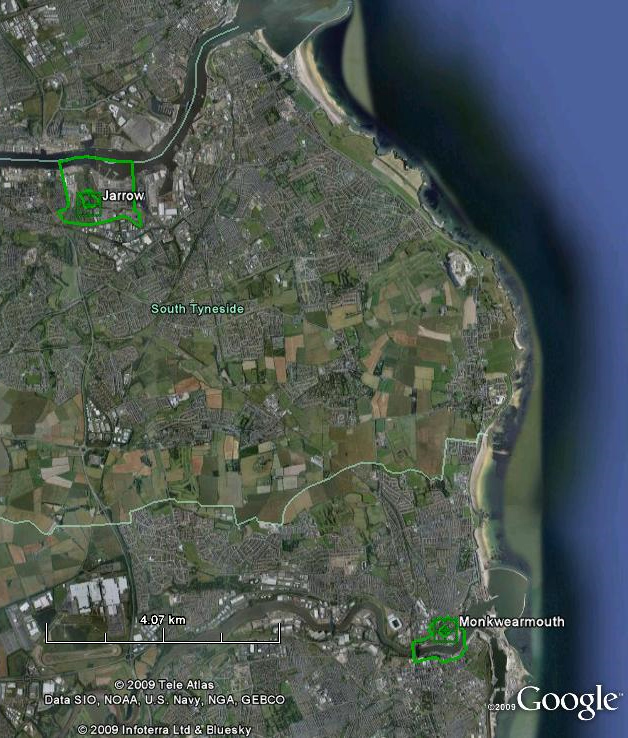 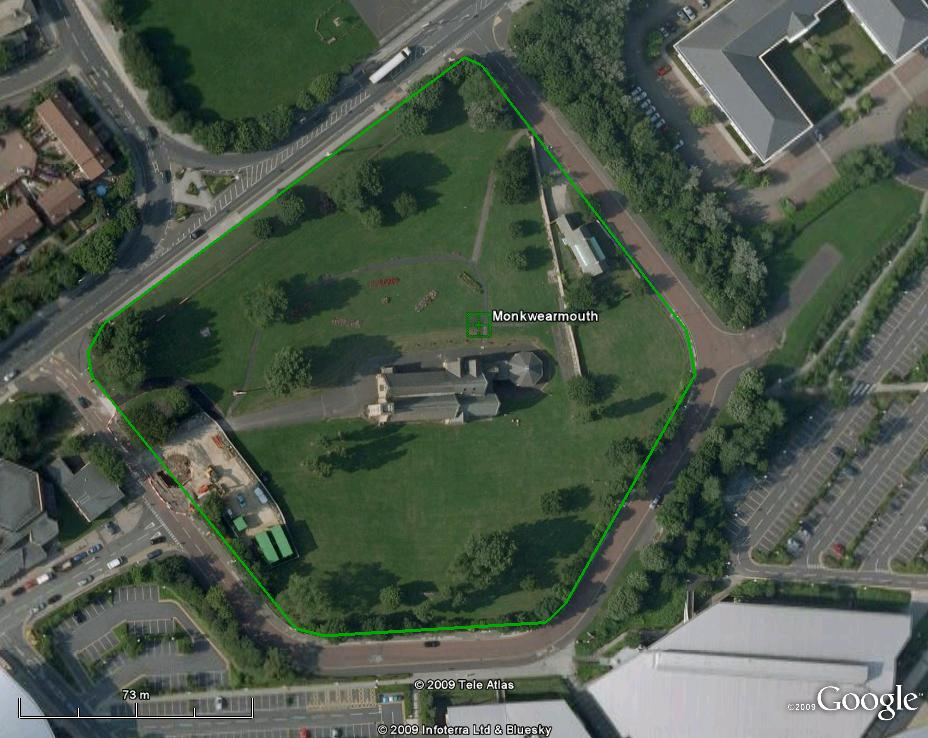 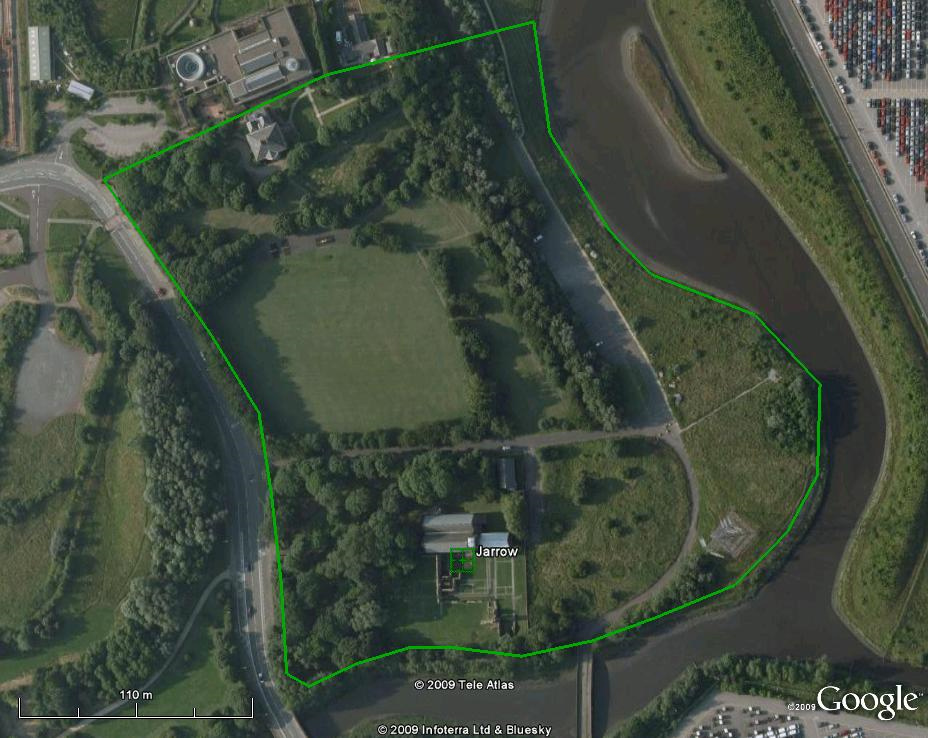 The two monastic sites are in an area of controlled urban growth; their historical importance guides the planning of this development.