Fig 1 shows the general location of the proposed core areas of the Eastern Alpine Starlight Reserve and of the Großmugl Starlight Oasis. 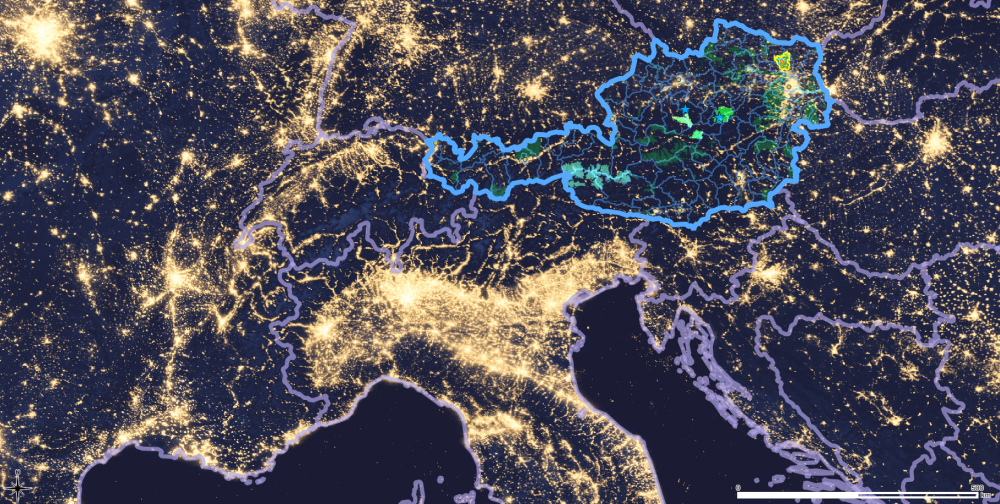 See separate analyses for Eastern Alpine Starlight Reserve and Großmugl Starlight Oasis. A comparative analysis of natural values other than dark-sky quality, important as they are, is beyond the scope of this case study.

It is beyond the scope of this case study to attempt a complete, integrated discussion of integrity and authenticity including both astronomical and non-astronomical aspects. Instead, we focus upon the possible connections and relations between astronomically determined environmental factors in a broad sense and potential additional cultural, archaeological and science-historical values.

From a cultural perspective, the authenticity of the night sky must surely concern how well its appearance today reflects its appearance to the cultures that had a connection with it in the past. From a natural perspective, the question is perhaps how well the integrated sky-landscape system conveys the exceptional nature of both together. Either way, a critical factor is sky quality, as discussed in other sections. Complete visibility of the entire firmament is an important factor that can relate to integrity if natural views have been compromised.

While a relatively intact night sky remained in most places long after astronomers first noted light pollution in the 19th century, it is now evident that the night-time situation has significantly changed the appearance of many heritage sites—including World Heritage Sites—at night. Part of this may even result, ironically, from efforts to enhance the appearance of the heritage itself, by lighting it at night. In this context it is significant that the large tumulus at Großmugl, itself intact and unopened, sits beneath an authentic night sky (see Großmugl Fig. 4), even though the tomb itself has no evident material connection to the sky. The possibility of such connections has been explored in the case of the Lange Ries circular ditched enclosure near Steinabrunn (Zotti et al. 2009) but they have low credibility (Zotti and Neubauer 2015).

Given their proximity to the Großmugl site, we can use the two World Heritage Sites in Vienna—its historic centre and the Schönbrunn Imperial Castle—to illustrate what integrity and authenticity, and their loss, may mean at night in a cultural environment. 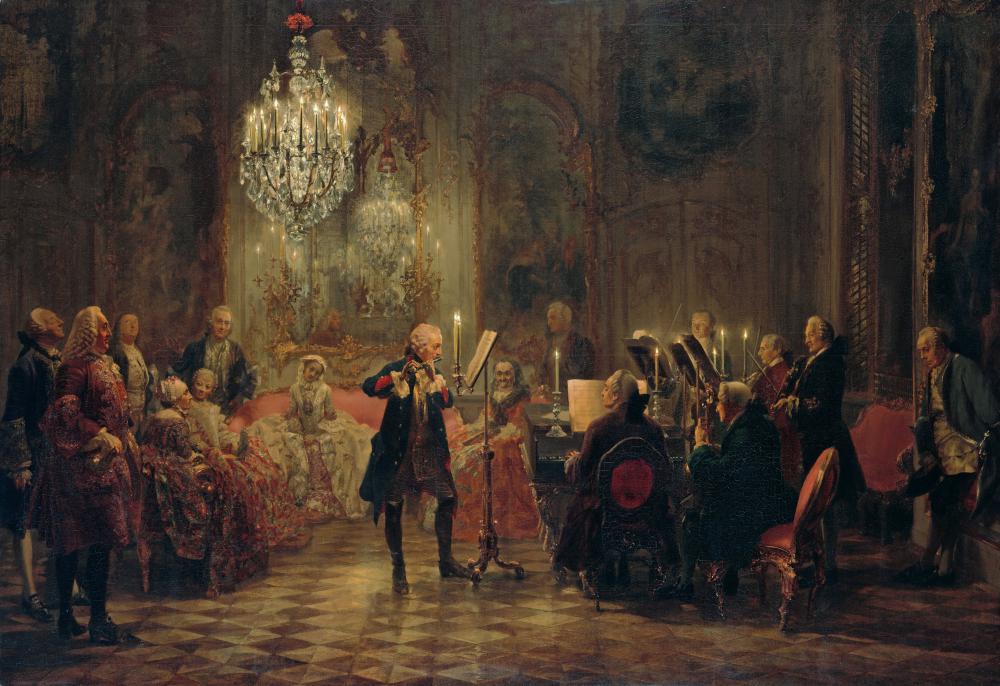 Fig. 2. 1852 painting of Friedrich II playing the flute under the ’crown-light‘, a symbol of ultimate luxury. Creative Commons license.

Today it is impossible to see Schönbrunn Castle or St. Stephen’s Cathedral in authentic night-light, but seeing them by starlight or moonlight, especially during the long winter nights, was as normal at the time they were built as the daytime view still is for us now. And much of the representative ’luxury‘ of such sites may well be related to the particularities of night-culture. In ’enlightened‘ courts the ultimate luxury was the crown-light (candelabrum) (Fig. 2): one used by King Friedrich II cost the equivalent of 5 annual salaries of his court musician Karl Phillip Emanuel Bach. (N.B. The court of Friedrich II shown in the picture is actually in Potsdam, not in Vienna.) Being able to afford to sleep during the day and sustain night-time activities against the classic dangers of darkness was one of the highest social privileges. Yet light levels were surprisingly dim (5 Lux for the scene in Fig. 2, as measured in a recent reconstruction experiment). The crown-light and all the candles and mirrors were not creating brightness but rather a ’Christmas tree‘ atmosphere, making the room come to life. In those days people came into the royal light from a dark park outside, through a sequence of court-rooms with slowly increasing candle-contingent and smaller crown-lights, not through rooms housing modern ceiling floodlights which reveal all the splendour in something as close to daylight as present-day lighting technology can provide. The dimness seems unnatural to us because we have lost the ’art of seeing‘ at night—we are culturally night-blind.

Regarding the exterior of Schönbrunn Castle, a significant effort has been made to reconstruct the authentic daytime view of the façade in the ’Schönbrunn-yellow‘ colour that was ’iconic‘ in the Austro-Hungarian empire. But what of the night-time view? The Gloriette originally appeared as a moon-lit prominence in the imperial gardens as viewed from a candle-lit mirror ballroom. Nowadays it has to fight for contrast with the modern ballroom illumination, a fight for the attention that can only be won for the viewer inside by using lighting technology on the megawatt scale.

In general terms, a comparatively well-preserved night sky can strengthen the authenticity of astronomical attributes of value not only at a cultural site—including helping to provide a physical context for astronomical narration—but also at a natural one, since the sky forms the upper half of the natural environment, with the landscape below. Genuine night-light contributes to the integrity of the night-time environment (e.g. by allowing the original species to survive and exhibit their authentic behaviour) and is thus a basic contributing factor to the heritage value of a range of natural and cultural monuments and artefacts, both indoors and outdoors. Just as a curator’s efforts to better display pieces of art by bringing daylight into the exhibition is action towards the goal of authenticity, the Starlight Reserve or Starlight Oasis is a tool for similar efforts at night. It maintains the natural night-time illumination upon our heritage in places where people still live and conserves important elements of the night-time environment in an inhabited area.

The Dürrenstein Wildernis area, with its last remaining stretch of Alpine primary forest, contains the ultimate in-situ conservation area for numerous species, including unique species, supported by and depending on the original soil and dead-wood organisms with their fungi and micro-flora and fauna. The larger species form a prototypical Urwald (primeval forest), where the ’Urlicht‘ (pristine sky) naturally blends in with the ragged mountain scenery resulting in exceptional beauty both by day and by night.

In addition to their own important species, the Gesäuse and Kalkalpen national parks sustain and protect Alp management—the human land-use practices such as high-altitude agriculture that have supported human life over the millennia as well as the other species that have adapted to it.

At Großmugl the combination of sky, prehistory, history and city is exceptional. The Großmugl Starlight Oasis is a sky-landscape system with outstanding remains from the Hallstatt and mid-Neolithic periods including an outstanding large tumulus in an authentic night-time environment of exceptional beauty, including nocturnal phenomena of aesthetic importance such as the arching Milky Way, situated close to Vienna, a city that is itself of considerable significance in the development of Renaissance astronomy.