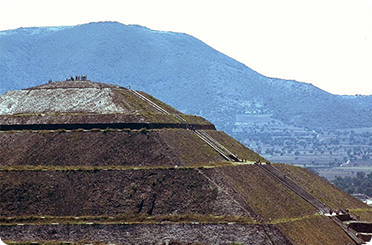 A number of issues must be addressed in the dossier that is required for every property that is nominated for inscription to the World Heritage List. It must include:

Here we briefly discuss some specific issues that might arise in preparing the dossier for an astronomical heritage site. For general issues dealing with the preparation of a dossier we refer the reader to the official document of the Convention, UNESCO’s Operational Guidelines for the Implementation of the World Heritage Convention, especially its Annex 5, as well as other useful tools such as the resource manual Preparing World Heritage Nominations and ICOMOS’s What is OUV? Defining the Outstanding Universal Value of Cultural World Heritage Properties.

One of the declared objectives of UNESCO’s Astronomy and World Heritage Initiative is to promote nominations to the World Heritage List that recognize and celebrate achievements in science. A number of different fields of human scientific endeavour might provide a satisfactory framework for exploring issues, developing methodologies, and attempting to identify principles that apply to science heritage in general. Astronomical heritage, however, has the advantage of being universal, in the sense that every human culture has a sky and ‘astronomy’, which we take, broadly, to mean the cultural interpretation and use of what is perceived in the heavens. In this sense, astronomy is present in all cultural contexts, from ancient to modern, and whatever their geographical location. 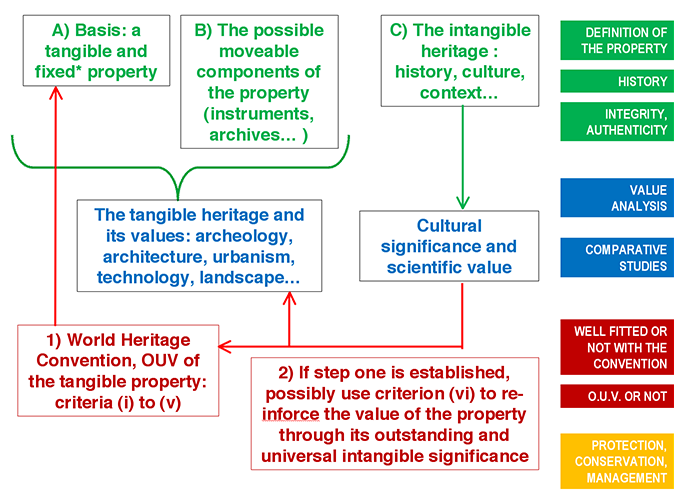 Framework appropriate to properties with clear significance and value in relation to science - note that we use the term ‘fixed’ rather than ‘immovable’, since some heritage that falls under the Convention (e.g. a stone circle) is not strictly ‘immovable’ but is merely understood not to have moved (yet) from its original position.

What are the best ways to support and encourage the inscription of the most outstanding examples of astronomical heritage onto a globally balanced World Heritage List? A prerequisite is to develop and establish a professional and rational approach to the identification, protection and promotion of the world’s most valuable astronomical heritage.

But we also need to work within the context of the World Heritage Convention as it is applied today, developing specific approaches appropriate to properties with clear significance and value in relation to science. This imposes a framework that can be summarised by this diagram.

For the purposes of discussion, an ‘astronomical heritage site’ is taken to be a cultural property with part (but not necessarily all) of its cultural or natural value arising because of its relationship to astronomy. As is clear from the figure, even where astronomy accounts for all of the perceived attributes of the value (as elaborated in the dossier), it is necessary to consider a range of wider cultural (or natural) issues—the broader context—when proposing a statement of outstanding universal value (OUV).

The aim of these pages is to provide guidance in

A selection of the thematic essays and case studies is used to illustrate the main points made.