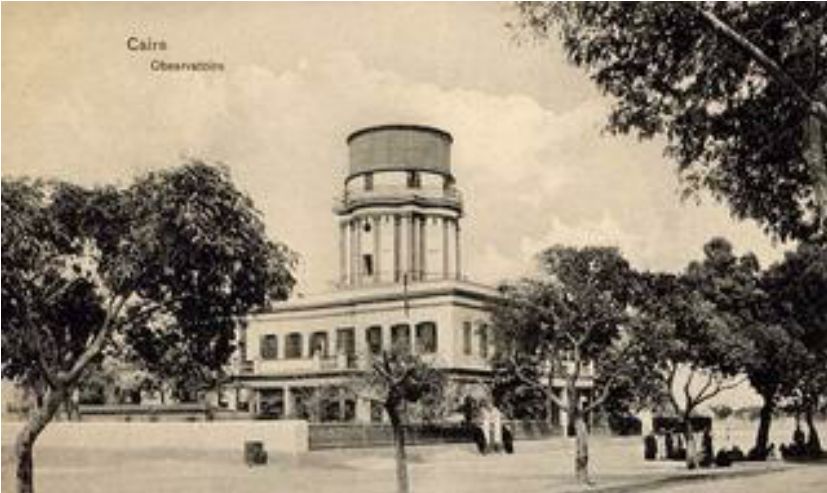 In 1865, the original Khedivial Observatory was founded at Abbasiya, a district north-east of Cairo (Midan Radkhana = Observatory Square) under the direction of the Royal astronomer, Mahmud Ahmad Hamdi al-Falaki (1815--1885); who observed the solar eclipse in 1860. The emphasis of the Khedivial Observatory was on astronomical and magnetic research.
The building existed at least until 1952. Today there is the Faculty of Arts of the Ain Shams University.

In 1904, the Khedivial Astronomical Observatory was transferred to Helwan. 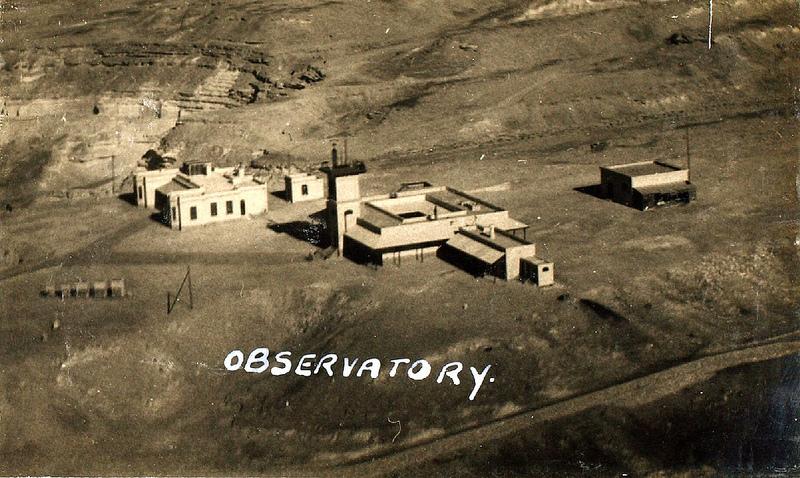 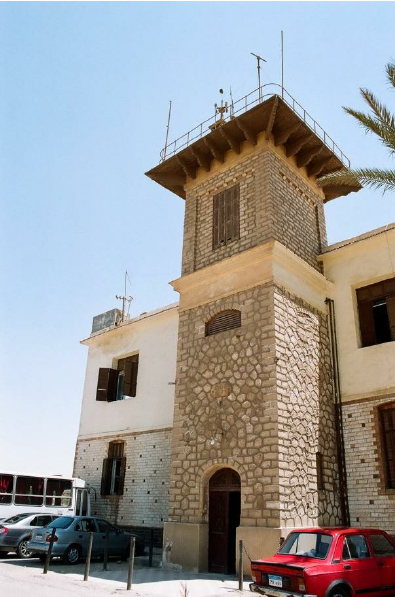 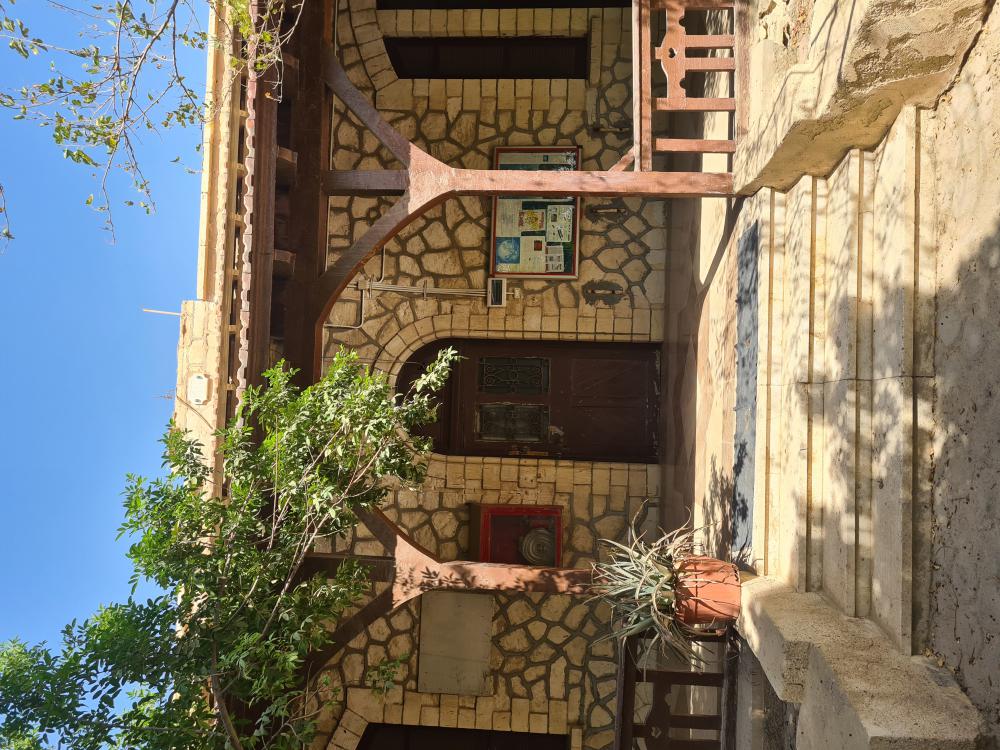 The Khedivial Astronomical Observatory in Helwan for astronomy, meteorology, actinometry and terrestrial magnetism, was built in 1903--1904, and overlooks a nice landscape over the river Nile, built on top of a limestone plateau (116m). Helwan Observatory is located about 30 km south of Cairo and 5 km east of the Nile.

The stony brick building has two stories built around a courtyard, and a 15-m high square tower with a platform for meteorological instruments. The building contained offices, the library, a meeting room, laboratories, chronometer rooms and photographic dark-rooms. In a 35-foot (11m) diameter dome was initially an 8-inch (20cm) refractor. 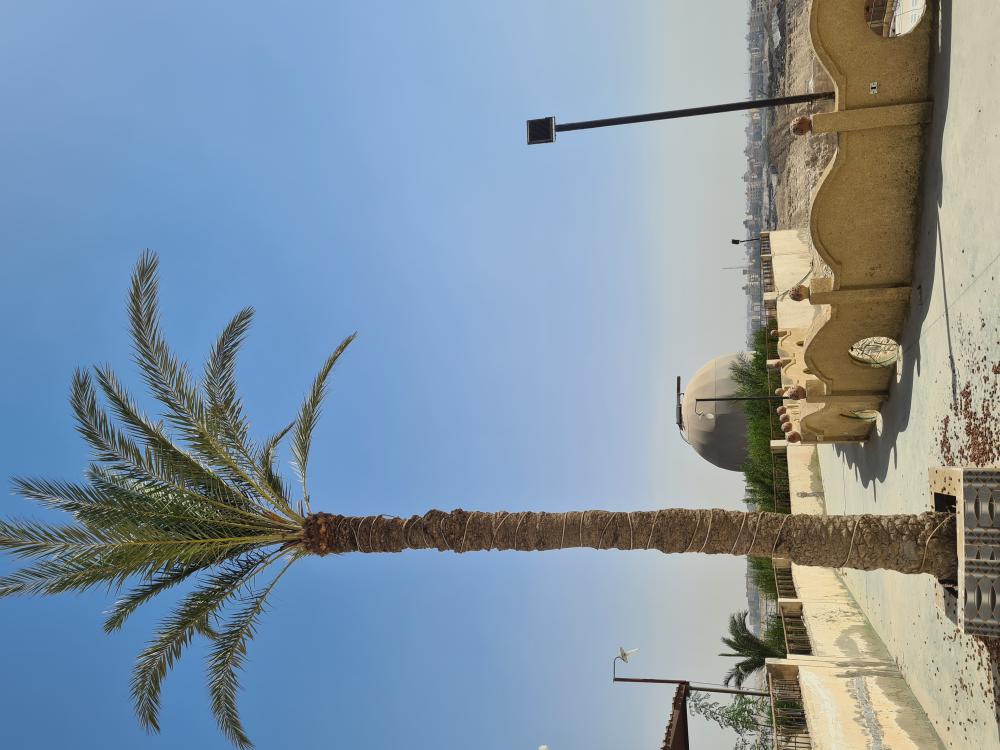 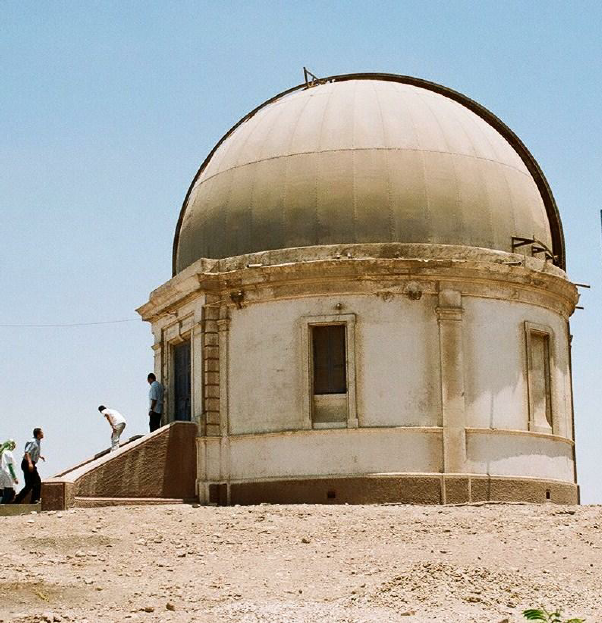 There was an early 30-inch (76cm) Reflector (1902/05) f/4.5, presented to the observatory by the amateur astronomer and Birmingham industrialist John Henry Reynolds (1874--1949). It was first intended to set up the reflector near Birmingham, but he noted after a trip to Egypt:
"The climate of Egypt is very suitable for astronomical photography during the greater part of the year: at times the atmosphere is so clear that stars are seen to set suddenly behind the desert horizon" Reynolds J.H., MNRAS 67 (1907), 447-449.

It was the first large telescope in Africa. It was used for photographing nebulae, for classification of spiral galaxies - a hot topic since 1900, also for recording nebulae spectra, furthermore for observing Halley’s comet (1909/10) and especially for the variable nebula NGC 6729 in Coronae Australis.
The finder of the 30-inch Reflector was also used by Herschel to observe the Comet in 1835/36. 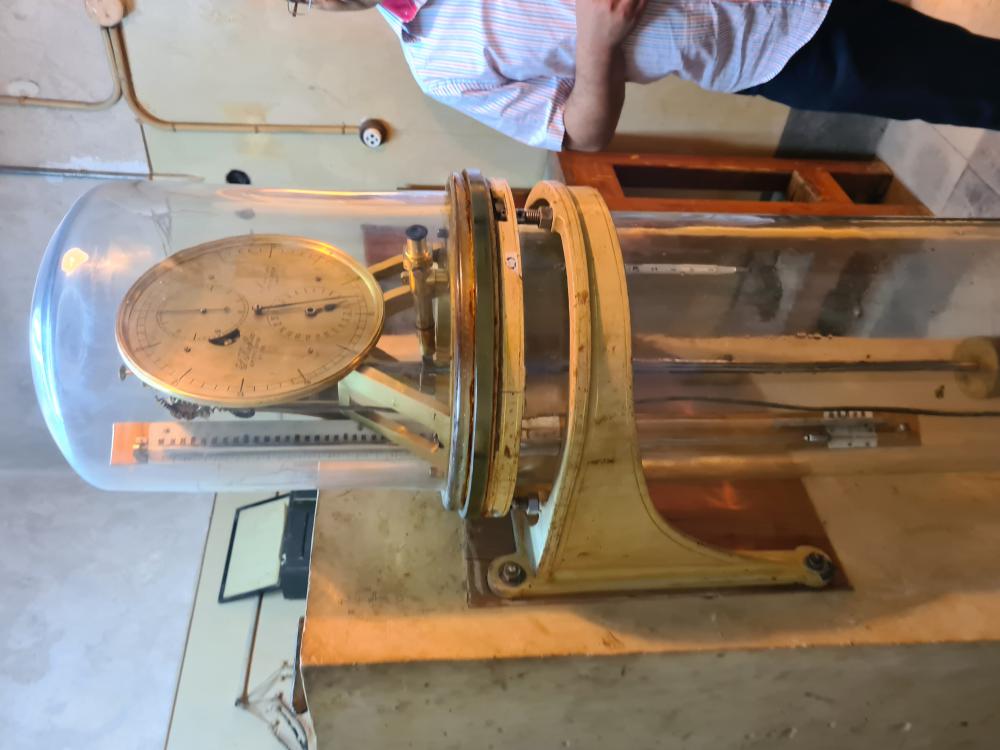 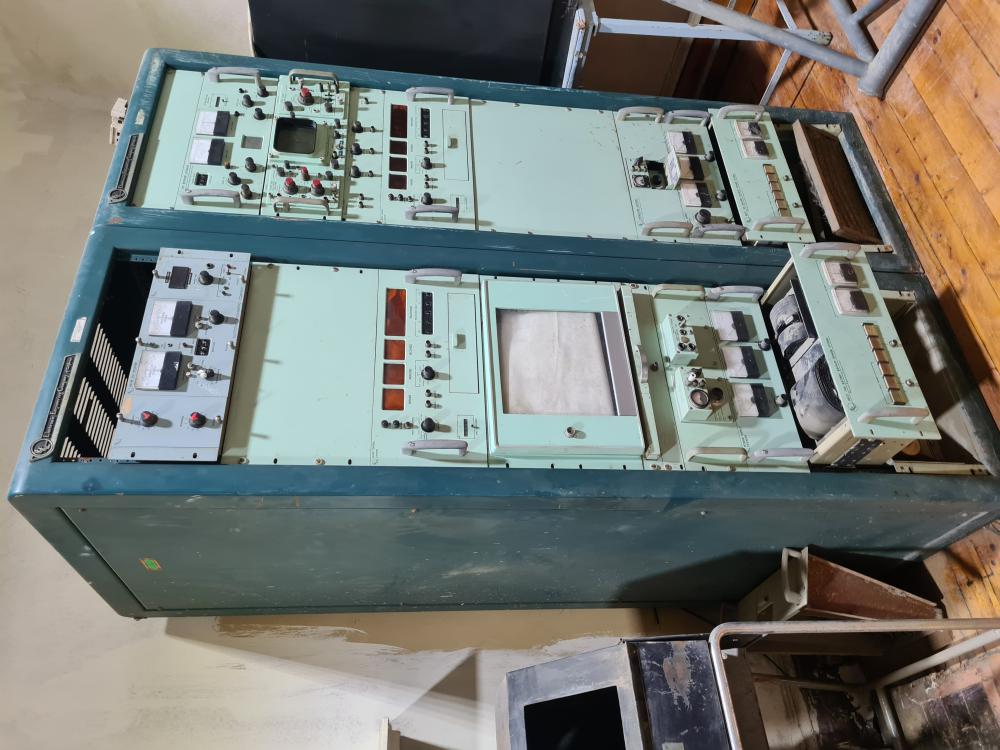 In addition there is a geodetic (which send out radio signals), magnetic (since 1910), seismologic and a meteorologic division. 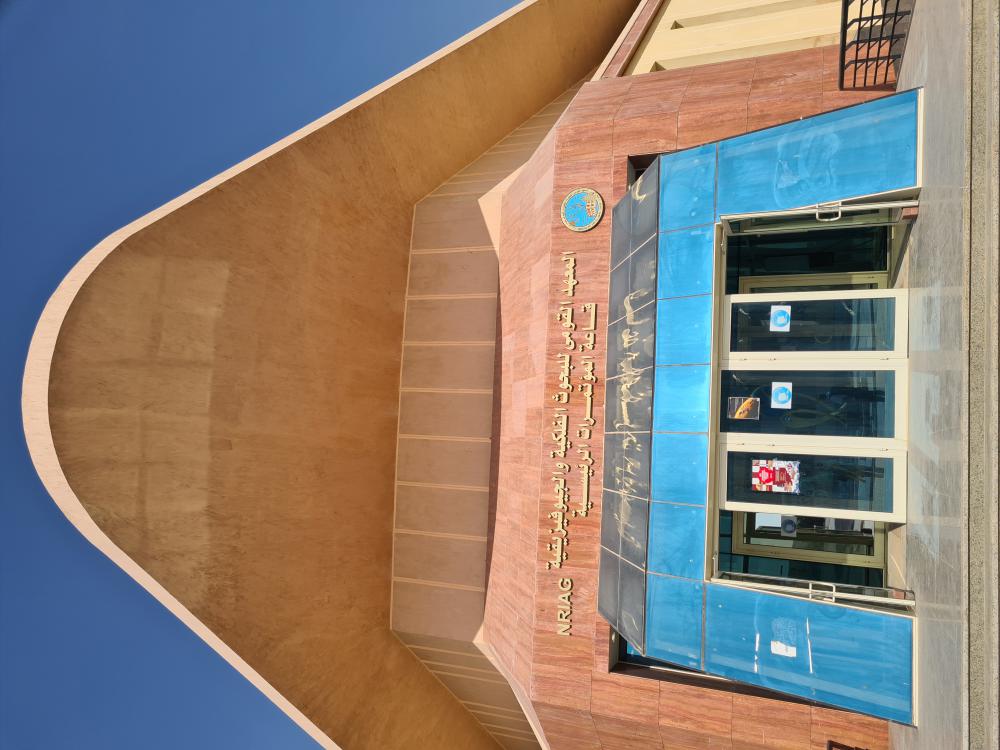 After the launch of the first satellite in 1957, telescopes and stations have been installed at Helwan Observatory for
tracking Artificial Satellites.

In addition, a horizontal solar telescope was errected in 1957 with Coelostat and spectrograph for the observation of sunspots, faculae and protuberances. 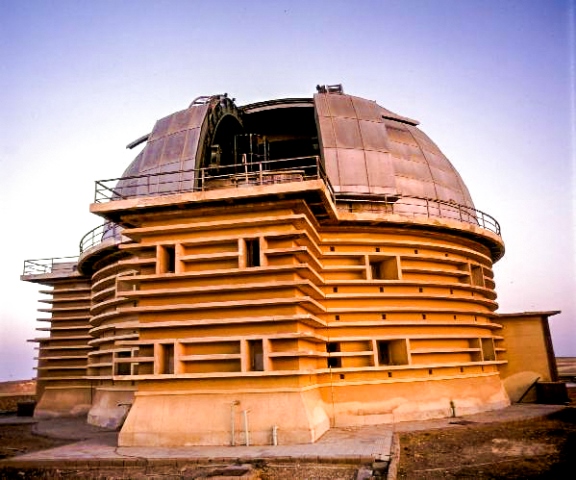 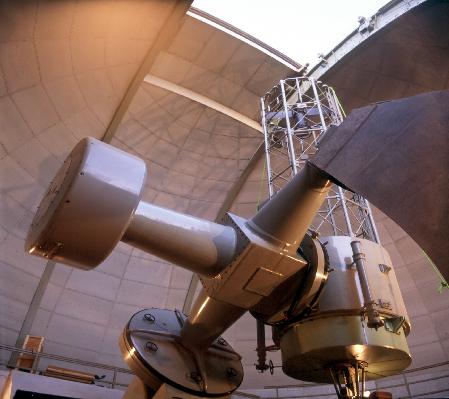 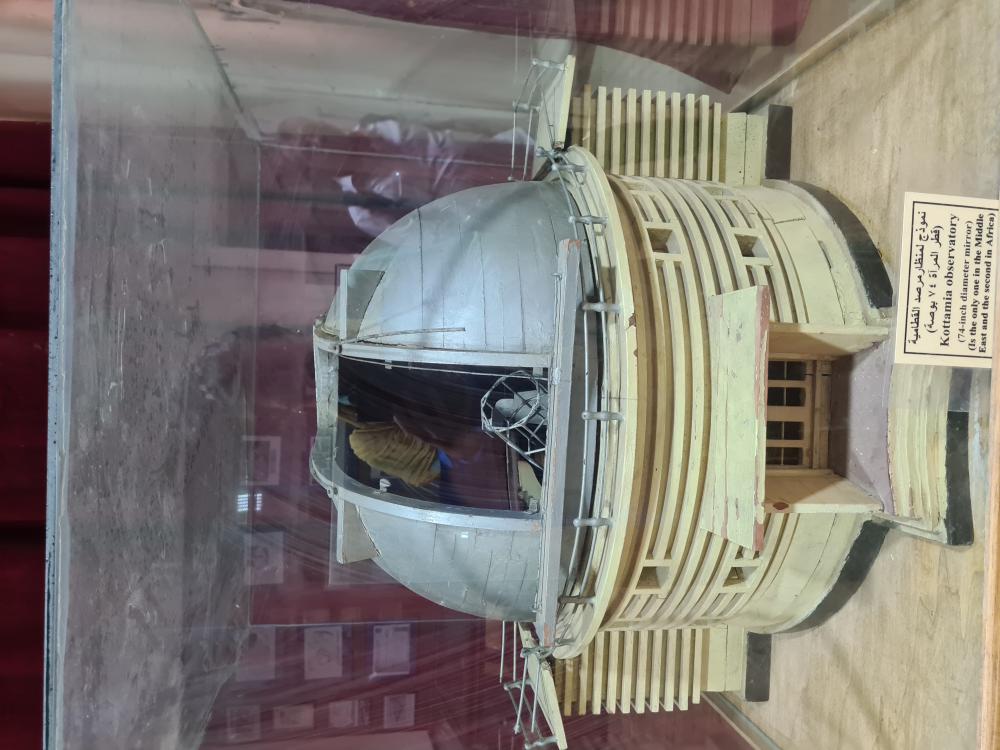 A large 74-inch-reflector (188cm) with Cassegrain and Coudé spectrographs was acquired from Grubb & Parsons, Newcastle, England (ordered in 1948), and set up in Kottamia Astronomical Observatory -- 60 km east of Cairo in the desert (first light 1964). In addition a 12-cm-refractor and a 10-cm Cook camera are combined with the reflector.

In 1995 Zeiss was asked to refurbish the 74-inch-reflector, the new primary (M1) and secondary (M2) mirrors are made of Zerodur glass ceramics.

Harold Knox-Shaw (1885--1970) worked at Helwan Observatory from 1907 to 1924 (Shears & Shaker, 2013). Besides photographing Halley’s comet (1910), he was interested in photographic study of galaxies in order to get knowledge about the structure of nebulae, e.g. introducing elliptical nebulae and studying the variable nebulae in Corona Australis.
Later, in 1924, Knox-Shaw was called to become Radcliffe Observer at Oxford.

The historical building of Helwan Observatory in still a good condition.

It may be compared with Sydney Observatory, Australia (1858), which has also a tower besides a dome. Regarding the time of 1900, where the astronomy park became a standard, it is not a modern architectural layout.