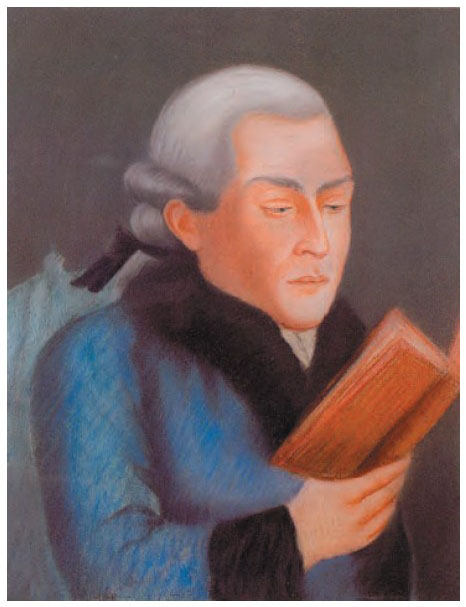 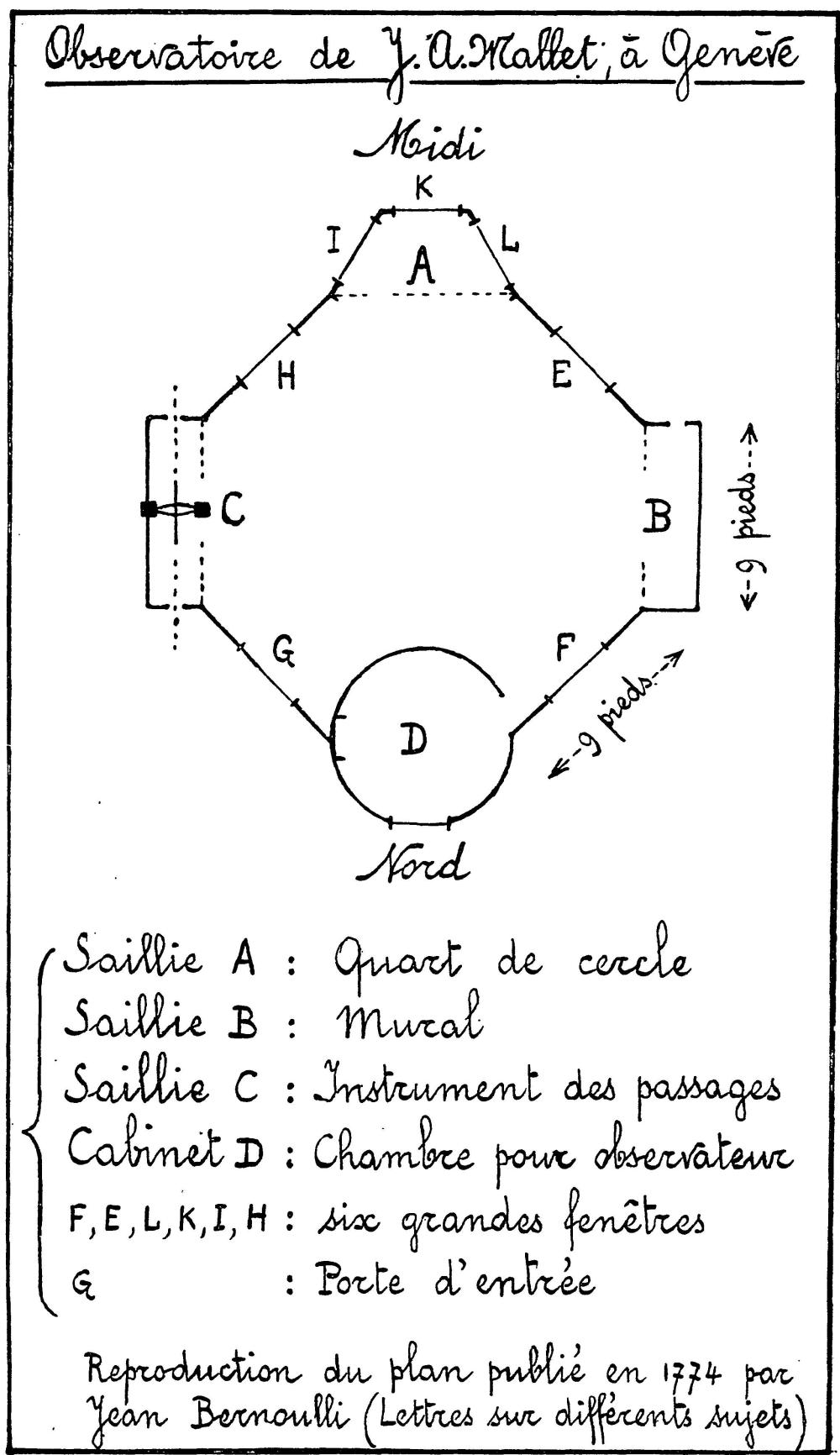 Astronomical research in Geneva benefits from a long and rich tradition. In 1772, the first Swiss observatory was founded in Geneva under the direction of Jacques-André Mallet (1740--1790), mathematician and astronomer. He studied at the Académie de Genève and was a student of the mathematician Louis Necker (1730--1804). Then Mallet studied at the University of Basel with Daniel Bernoulli (1700--1782) from 1760 to 1762. With his brother-in-law Jean-Louis Pictet (1739--1781) he was a participant in the Venus Transit expedition (1769), initiated by Tsarina Catherine II, in which also the famous scientists Maximilian Hell (1720--1792), Jeremiah Dixon (1733--1779), William Bayly (1737--1810), Anders Hellant (1717--1789), and Anders Planman (1724--1803 ) participated.
In 1771, Mallet, honorary professor at the Académie de Genève,  asked the council of Geneva for permission to build an observatory on the city fortification -- at his own expense. Mallet, director since 1772, and his assistants Marc-Auguste Pictet (1752--1825) and Jean Trembley (1749--1811), made numerous observations of sunspots, solar (May 12, 1706) and lunar eclipses, the moons of Jupiter, occultations of a star by the Moon, the motions of planets and comets. Another focus of Geneva Observatory was on meteorological observations and timekeeping. The most importatnt objective was to determine the exact time for the Geneva watchmakers. Since 1790, the observatory held chronometer competitions.
In 1786, Mallet decided to bring his instruments to his country house in Avully and to set up a comfortable private observatory there. 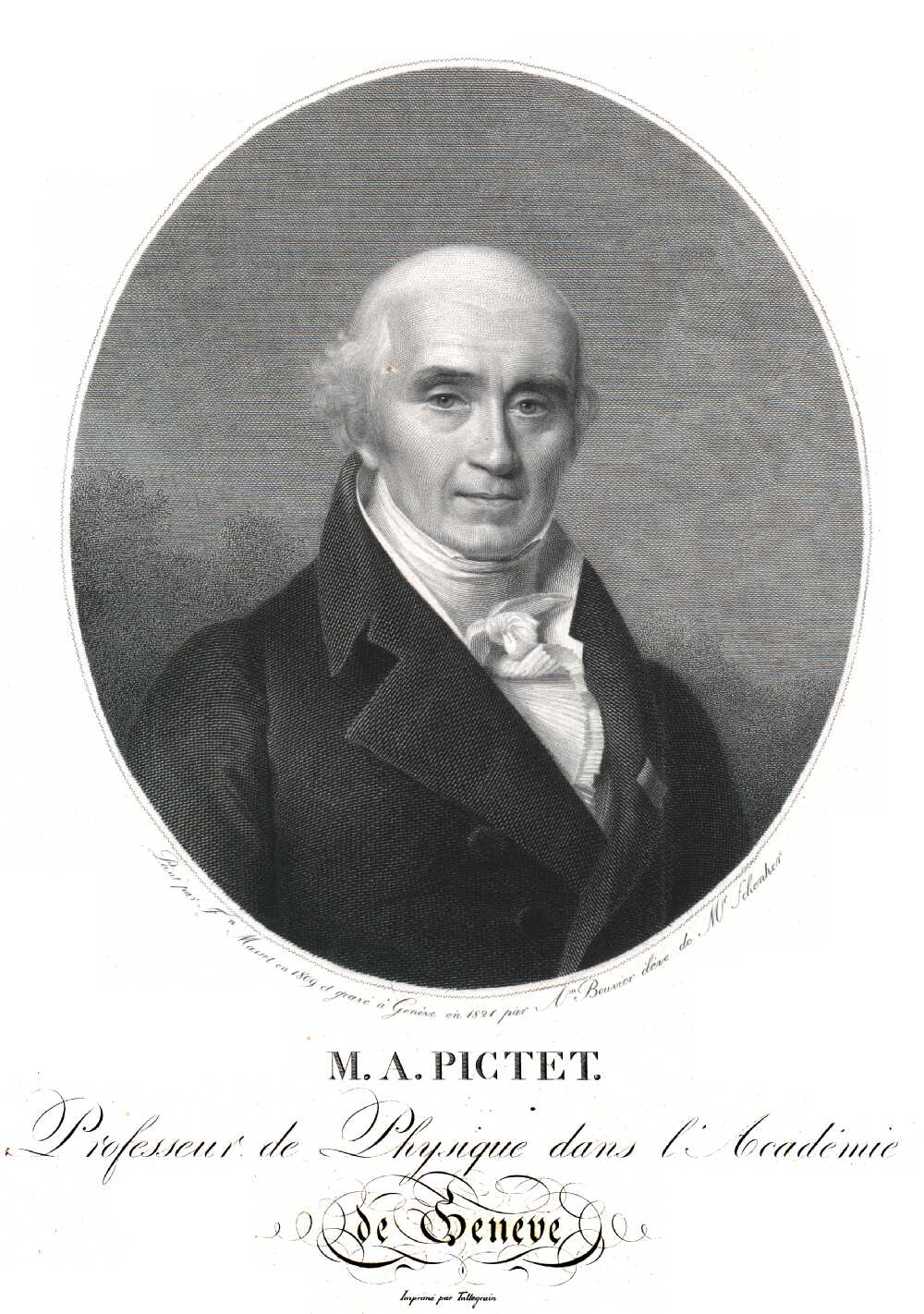 Marc-Auguste Pictet (1752--1825) studied at the Geneva Academy and in England, especially astronomy. He was enthusiastic about meteorology and accompanied Professor Horace-Bénédict de Saussure (1740--1799) on his expeditions concerning hypsometry (barometric altitude measurement). In 1817, he founded an observatory on the Great St. Bernhard. From 1786 to 1825 Pictet was a professor for natural philosophy (physics and chemistry) at the Geneva Academy. In addition, he was elected member of many academies. 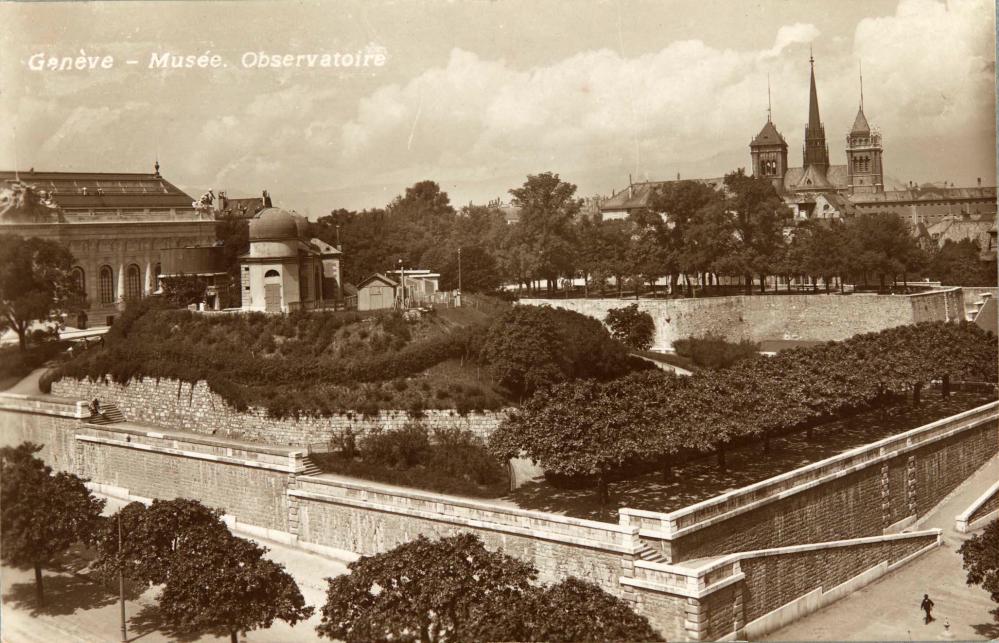 Fig. 3b. The second Geneva Observatory with two domes and the meridian slit on Bastion de Saint-Antoine (1830), to the left the Musée d’Art et Histoire, to the right the Cathedral St. Pierre 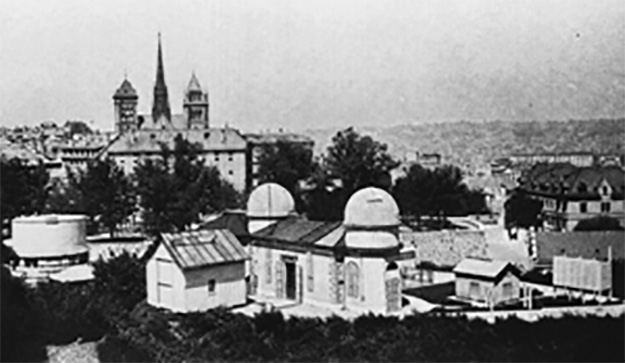 Fig. 3c. The second Geneva Observatory with two domes and the meridian slit on Bastion de Saint-Antoine (1830), in the background Cathedral St. Pierre (photographed in 1930 at the centennial, https://www.unige.ch/sciences/astro/en/services/presentation/)

In 1830, Jean Alfred Gautier (1793--1881) organized the erection of a second Geneva Observatory on Bastion de Saint-Antoine, 70m from the old one. He took part in the changeover from true solar time to mean solar time for civilian life in Geneva in 1821.
After reading the work of Rudolf Wolf (1816--1893) and Johann von Lamont (1805--1879), he was a co-discoverer in noticing the correlation between the cycle of sunspot activity with the variation of the earth’s magnetic field. 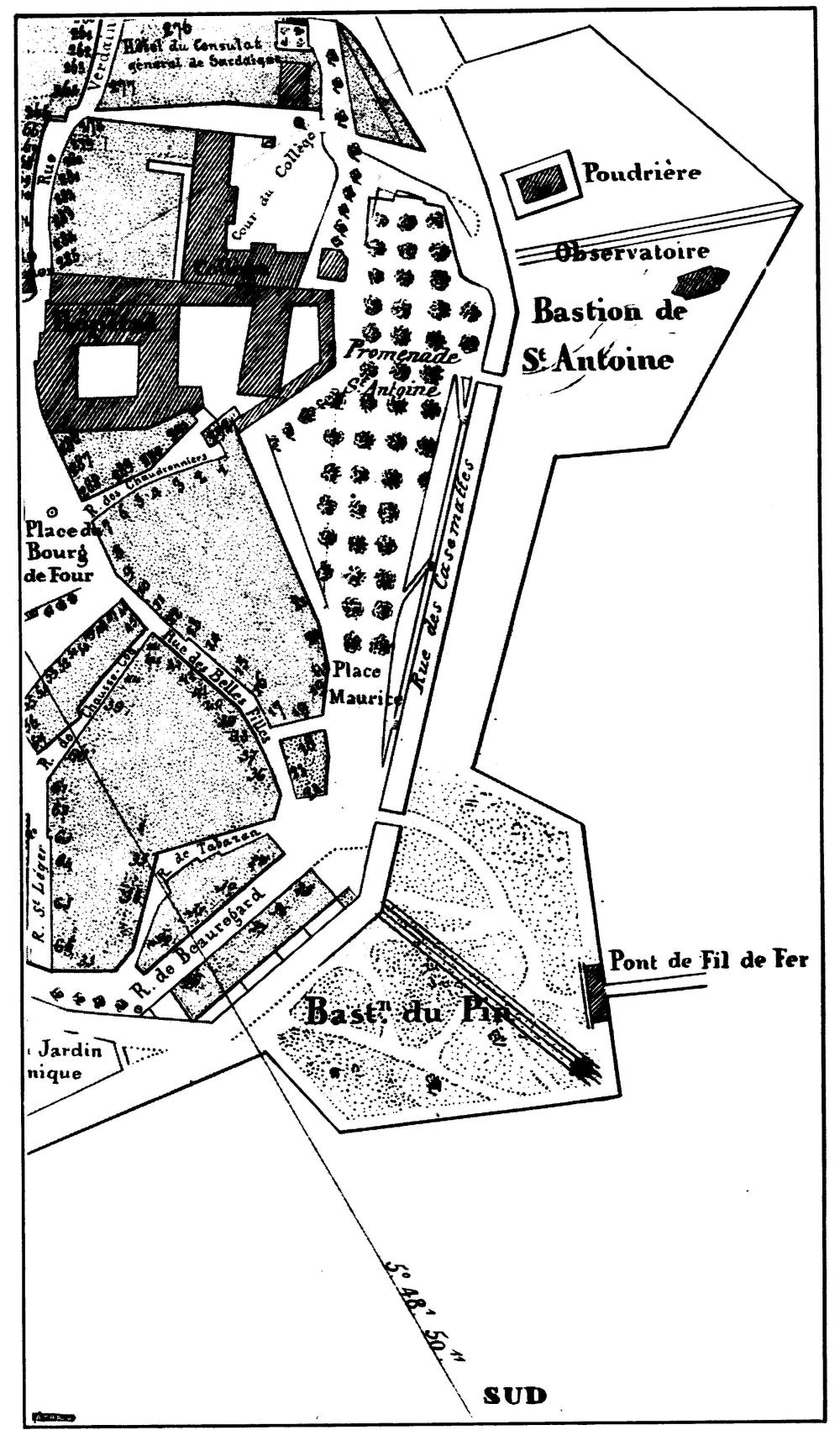 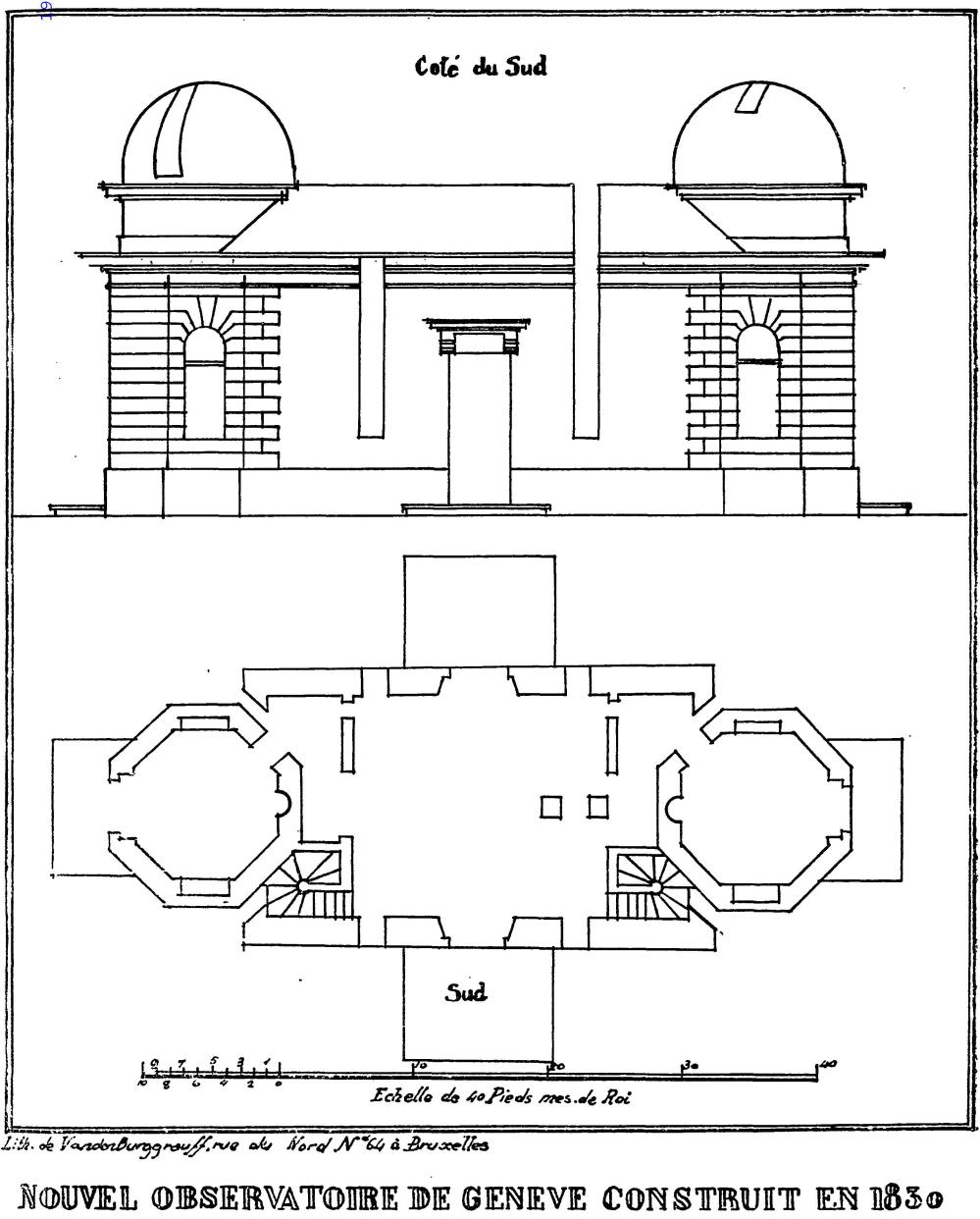 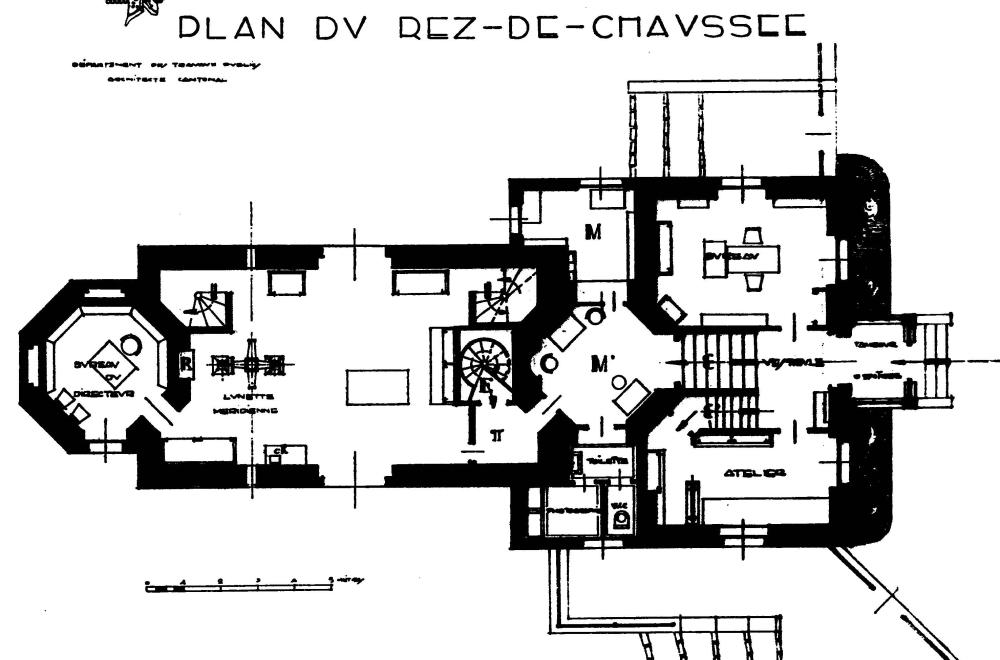 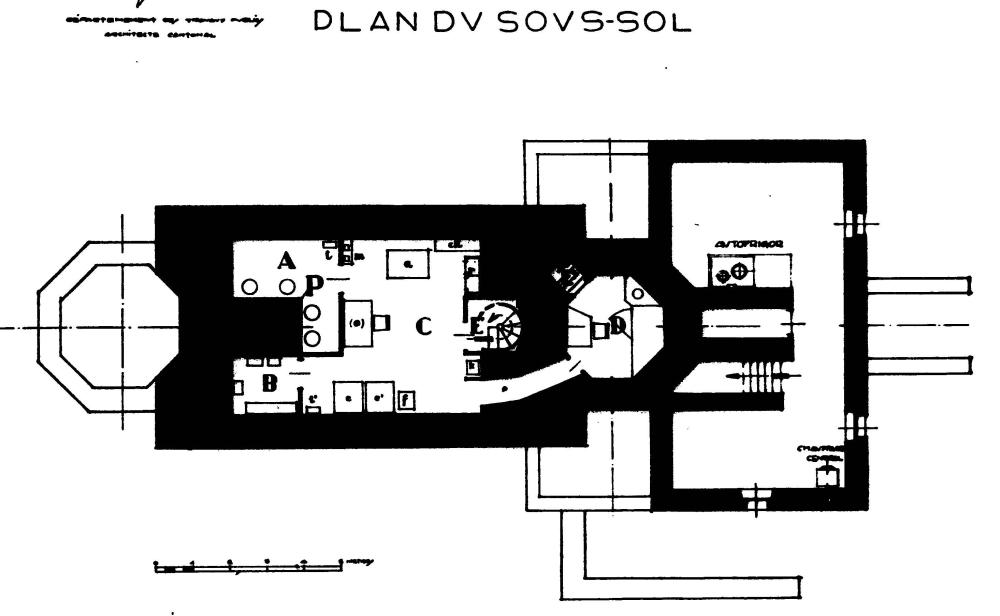 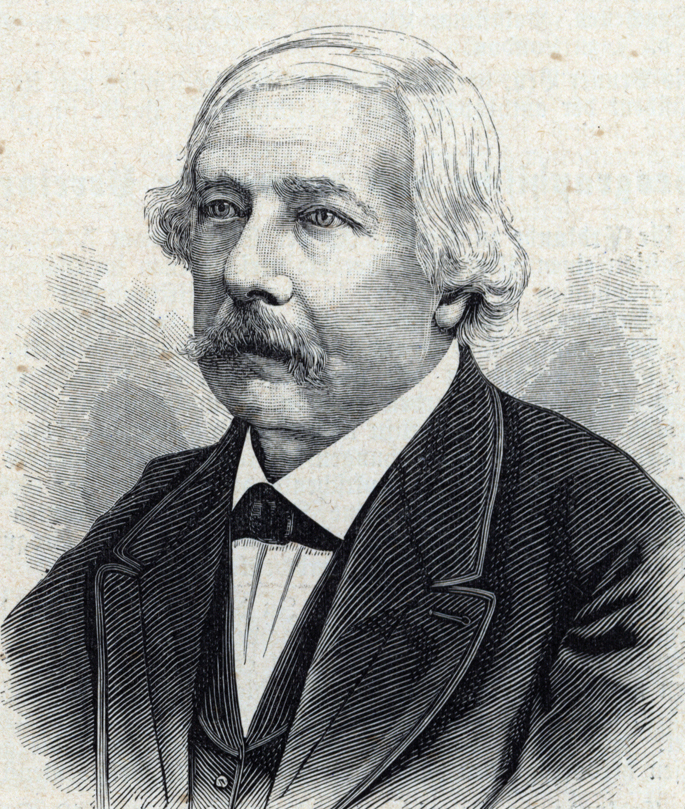 One of the most important directors was Émile Plantamour (1815--1882), who studied at the Geneva Academy with Alfred Gautier as professor since 1833. He first went to Paris and was Arago’s assistant from 1835 to 1837. In 1837, he moved on to Königsberg zu Bessel, where he received his doctorate in 1838 with a thesis on methods for calculating comet orbits. Finally visited in winter 1838/39 Encke in Berlin, and finally Gauss in Göttingen - with a recommendation from Humboldt.
Thus, best educated, his main interest was comet observations and calculations (Mauvais and Biela), using his own 10-inch-refractor. In addition, he was interested in chronometry, meteorology, barometric altitude measurement, and geodesy. Under his leadership, the observatory built a laboratory for magnetic observations, enlarged the main building in 1878, and established a new ’tower’ for a new equatorial in 1880. Finally, he took over five astronomical stations -- in cooperation within the framework of the "Europäische Gradmessungskommission" (European Arc Measurement Commission 1867, "International Geodetic Association",1886). He measured the longitude difference to the Neuchâtel Observatory and to the Federal Observatory in Zürich -- transmitted through telegraphic signals.
The Geneva Observatory prices in 1872 Vacheron Constantin watches due for their high quality. In the chronometer competition of the Geneva Observatory, Schoof got the second place with one of his instruments in 1884.

In 1969, the old Geneva Observatory was demolished after the new "Observatoire de Genève" in Versoix, built in 1967, went into operation. Today, on the old site is the Parc de l’Observatoire. 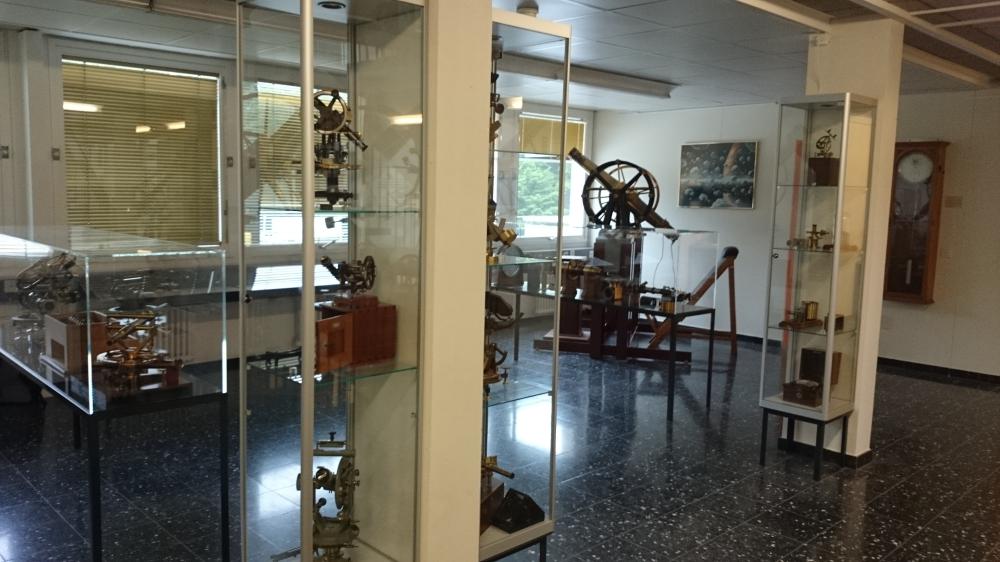 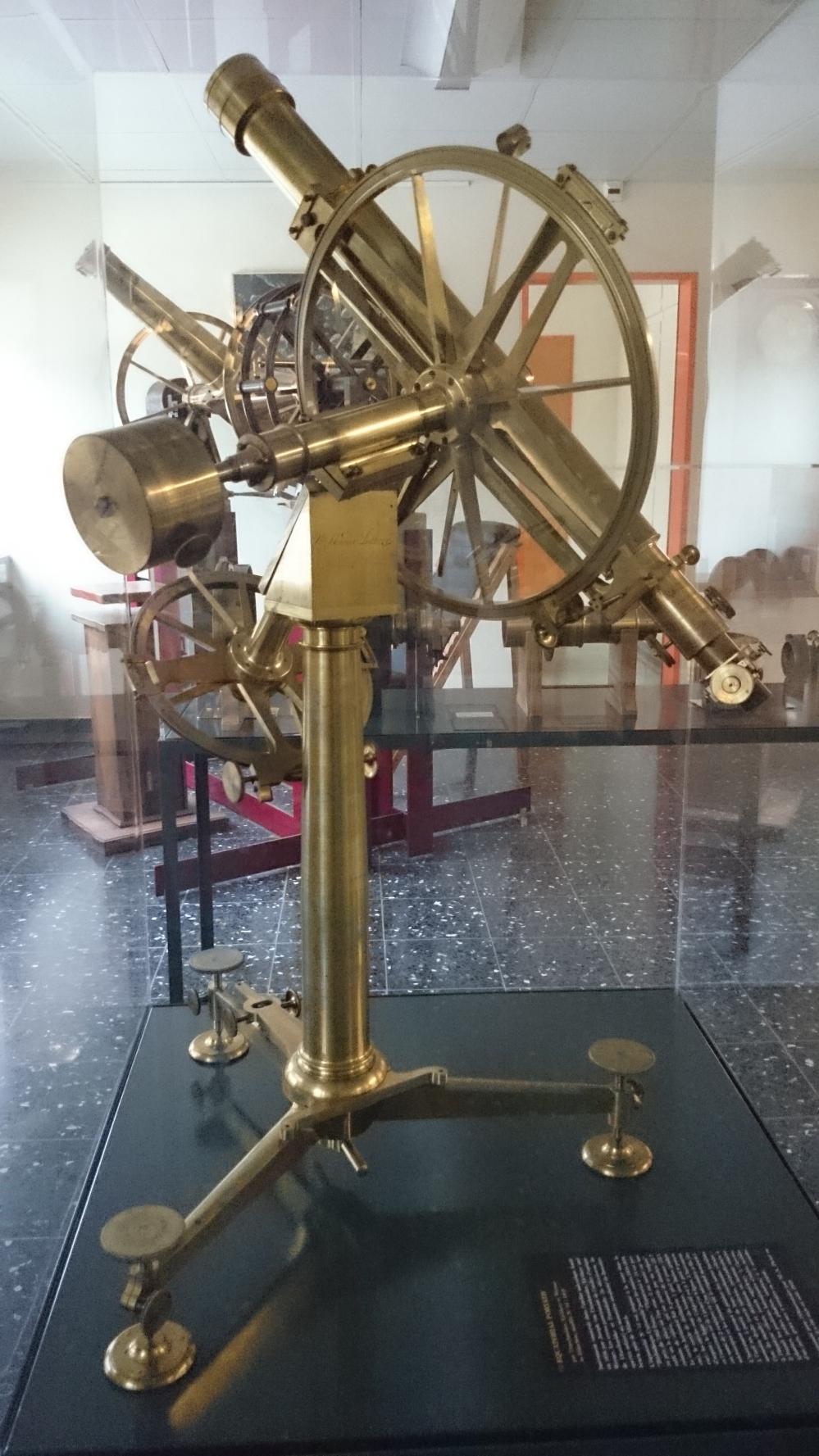 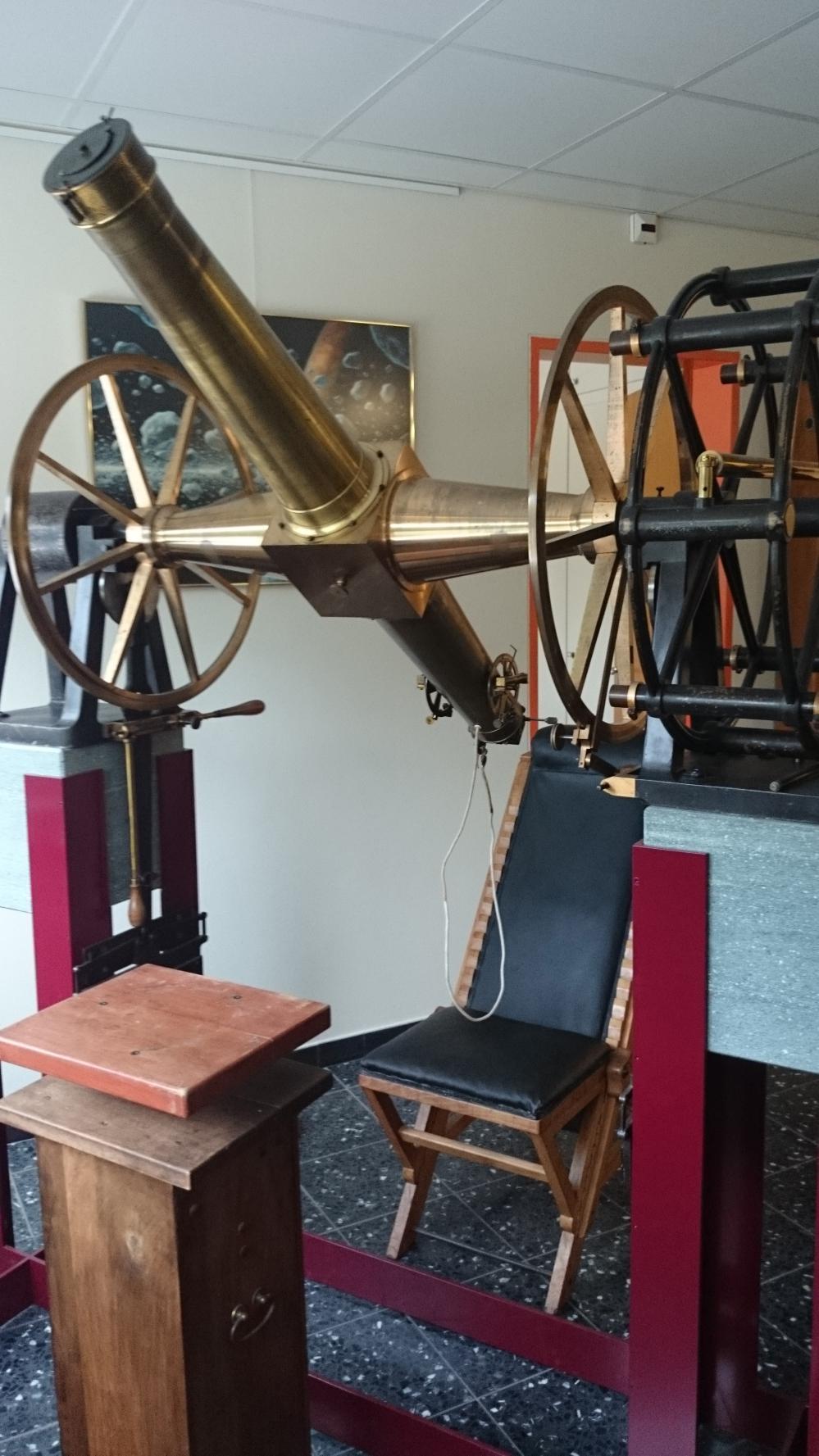 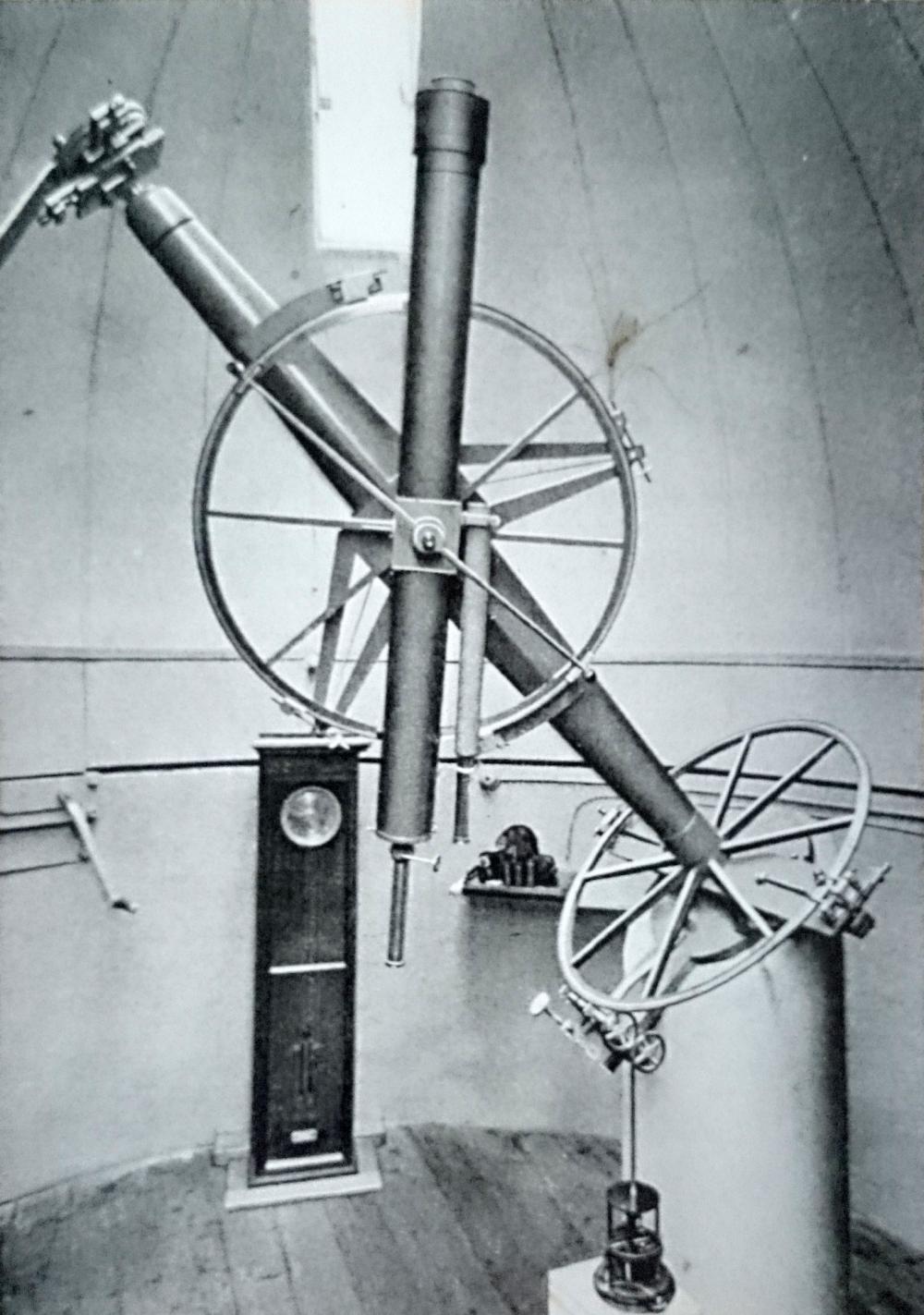 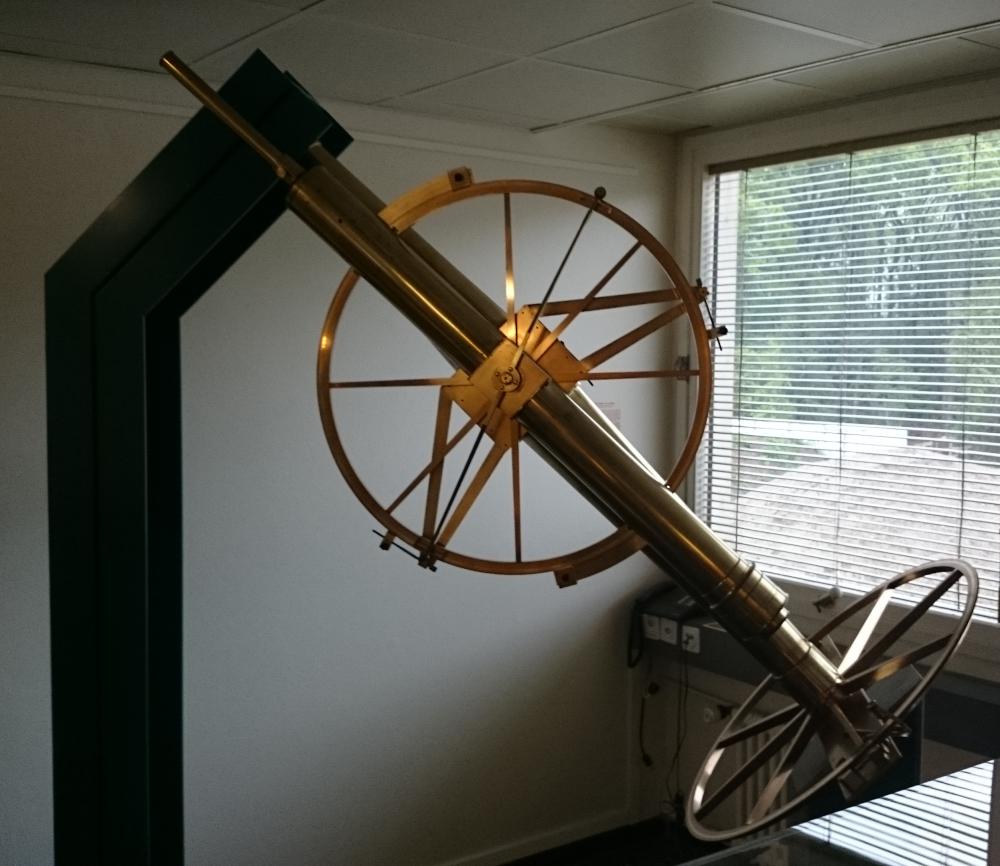 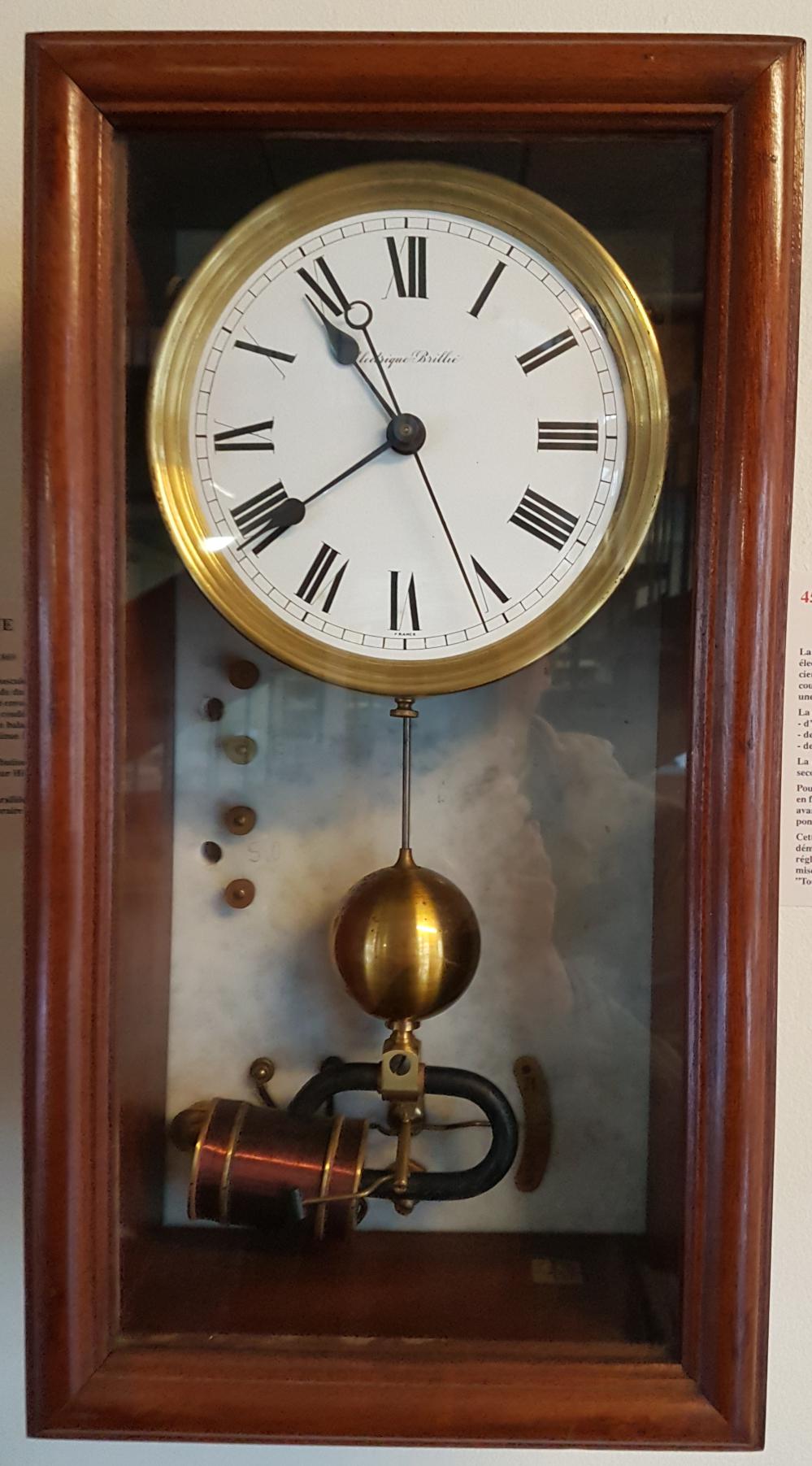 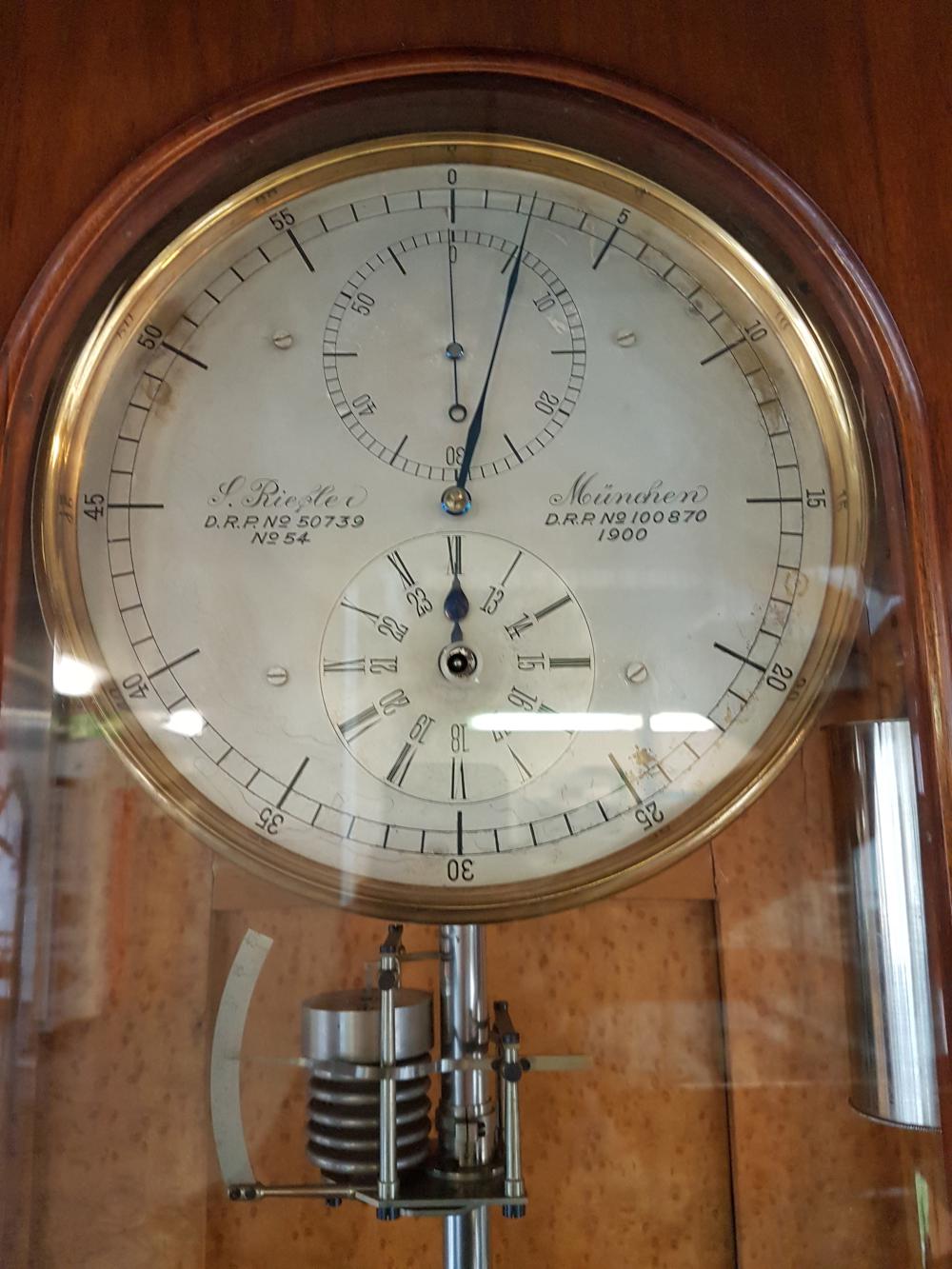 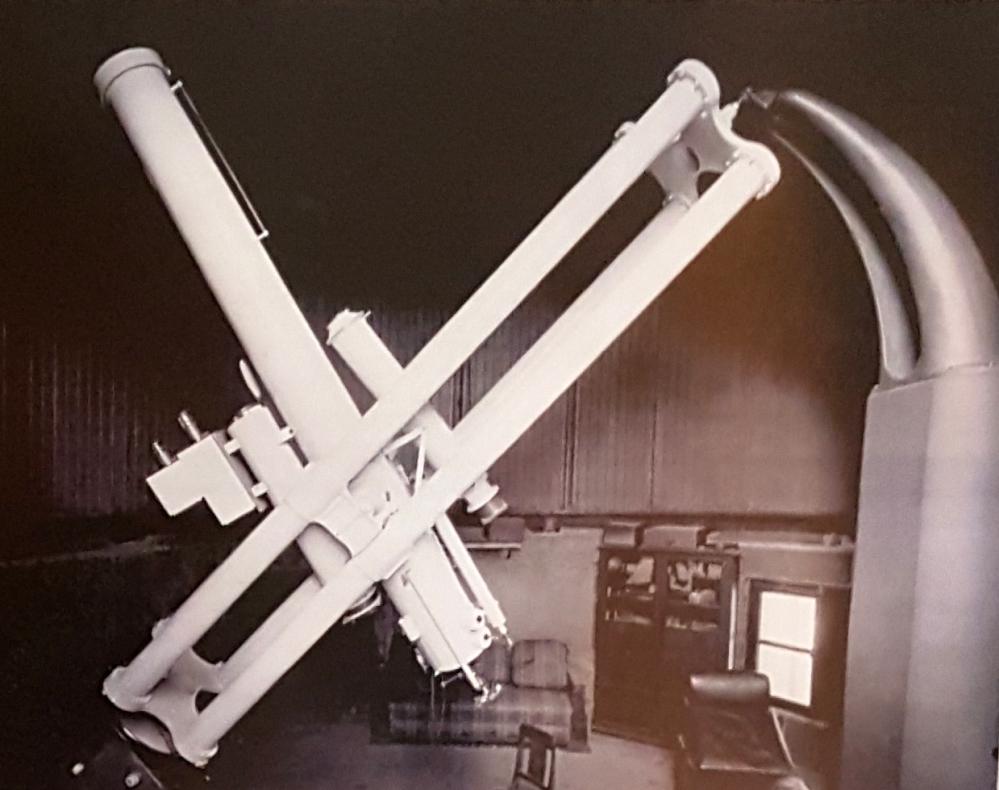 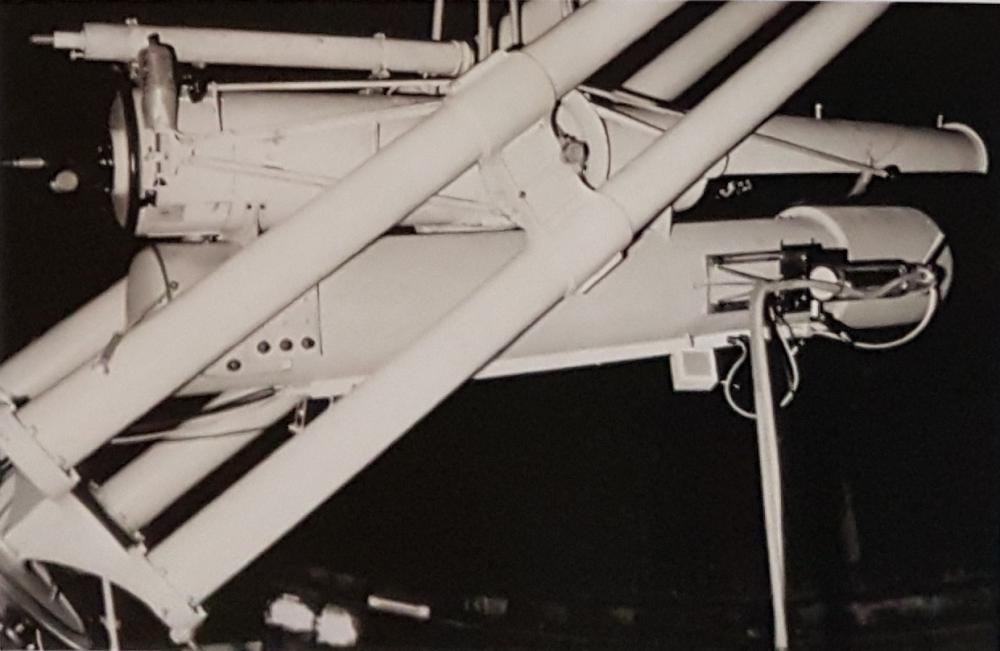 Directors of Geneva and Versoix Observatory 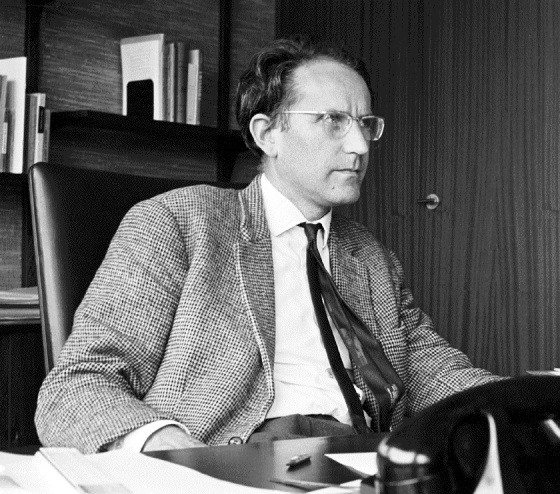 The observatory, built in 1772, and the second observatory on the Bastion St. Antoine, built in 1830, are no longer existing in Geneva. This bastion was at the extreme limit of the city facing the deep night of a countryside without light. But after the destruction of the fortifications in the 1850s, the dazzling construction of new neighborhoods and the advent of electric light, the observatory found itself surrounded by city lights and poorly placed for viewing the sky.
Thus, the observatory on the Bastion St. Antoine in Geneva was demolished in 1969 after the commissioning of the new Geneva observatory in n Sauverny near Versoix, erected in 1967. The site is now replaced by the Parc de l’Observatoire -- leveled and planted with trees in 1909.

The second Geneva Observatory with two domes and the meridian slit on Bastion de Saint-Antoine (1830) reminds of the old
Munich-Bogenhausen Observatory (1817), Hamburg Millerntor Observatory (1825), and the old Brussels Observatory in Saint-Josse-ten-Noode (1826).

The building of the observatory is no longer existing in Geneva.

The old observatory is no longer existing in Geneva since the 1969. But an active new observatory was built outside of the city. 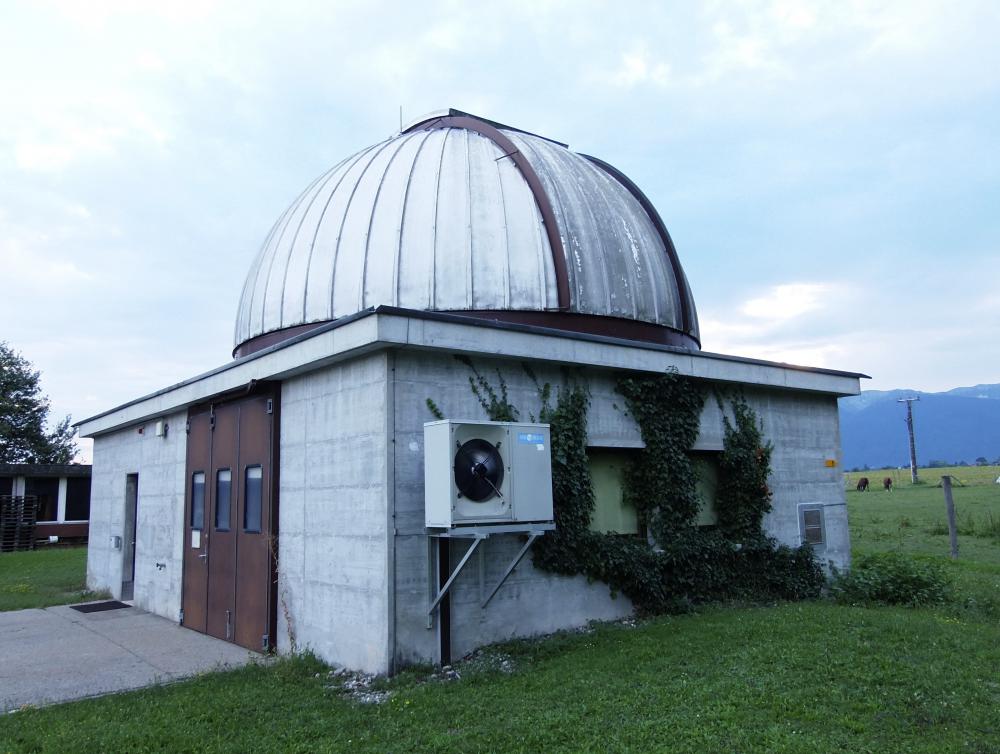 The new Geneva Observatory -- Observatoire astronomique de l’Université de Genève (OAUG, IAU Code 517) -- developed since 1967 under the direction of Marcel Golay with the new building in Sauverny near Versoix (46°11’59’’ N, 6°09’08’’ E), and the 1-m-reflecting telescope on the premises of the Observatoire de Haute-Provence (OHP) in France to become the largest Swiss observatory. Besides Haute-Provence Geneva has observing station in La Silla and Paranal (ESO) in Chile (1.2-m-telescope), El Roque de los Muchachos on La Palma in the Canary Islands, Spain, and as well aboard several astronomical satellites, e.g. HIPPARCOS, GAIA, COROT (seismology and planetary transits), INTEGRAL (Gamma Ray), PLANCK (cosmology), and SIM (interferometry). 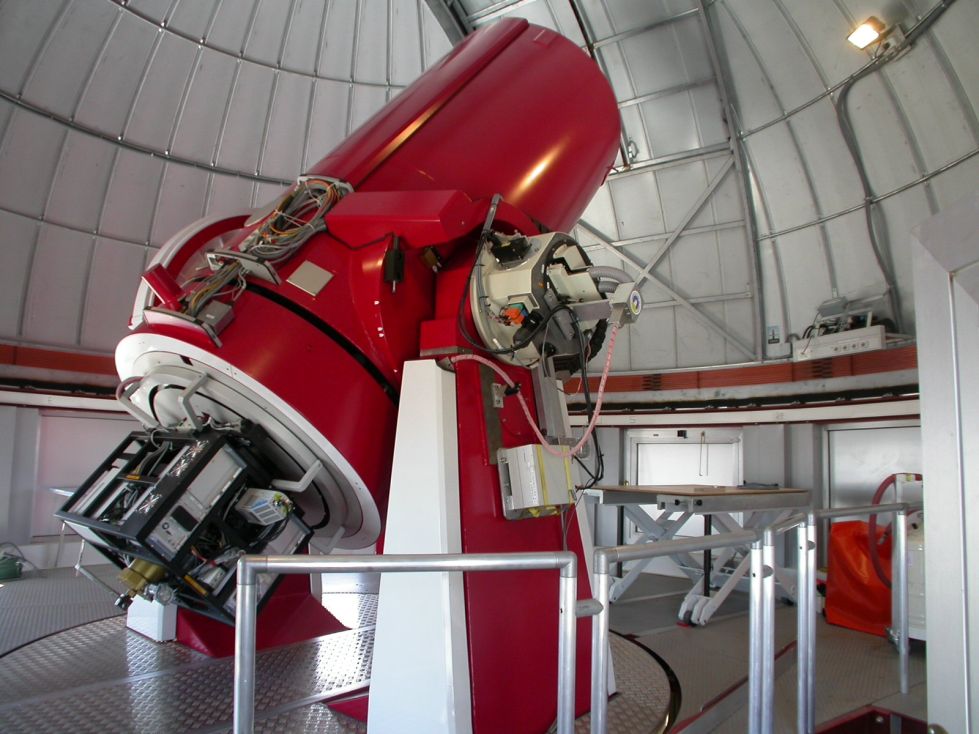 Fig. 12. The Geneva Observatory in Sauverny, including the new "AstroTech" building on the right (Wikipedia, CC3, Adrien Coffinet dit SenseiAC)

The Geneva Observatory houses both the university’s astronomy department Geneva (Geneva Observatory) and the "Laboratoire d’Astrophysique de l’EPFL". The "Integral Science Data Center" (ISDC) is located in Ecogia (municipality of Versoix), which is connected to the Geneva Observatory and deals with the analysis of the data supplied by the "INTEGRAL (INTErnational Gamma Ray Astrophysic Laboratory)" satellite of the European Space Agency (ESA), cf. Projects.

The Highlight in the History of Geneva Observatory: 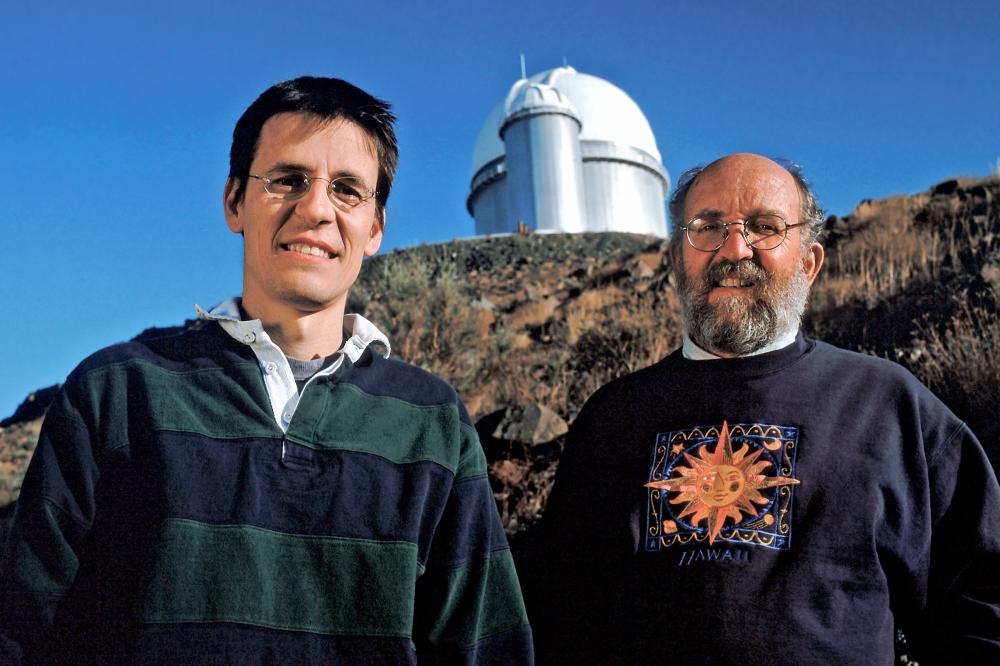 Michel Mayor and Didier Queloz got the Nobel Prize in Physics (2019) for the discovery of the first planet outside our Solar system, named 51 Pegasi b, this very first exoplanet.