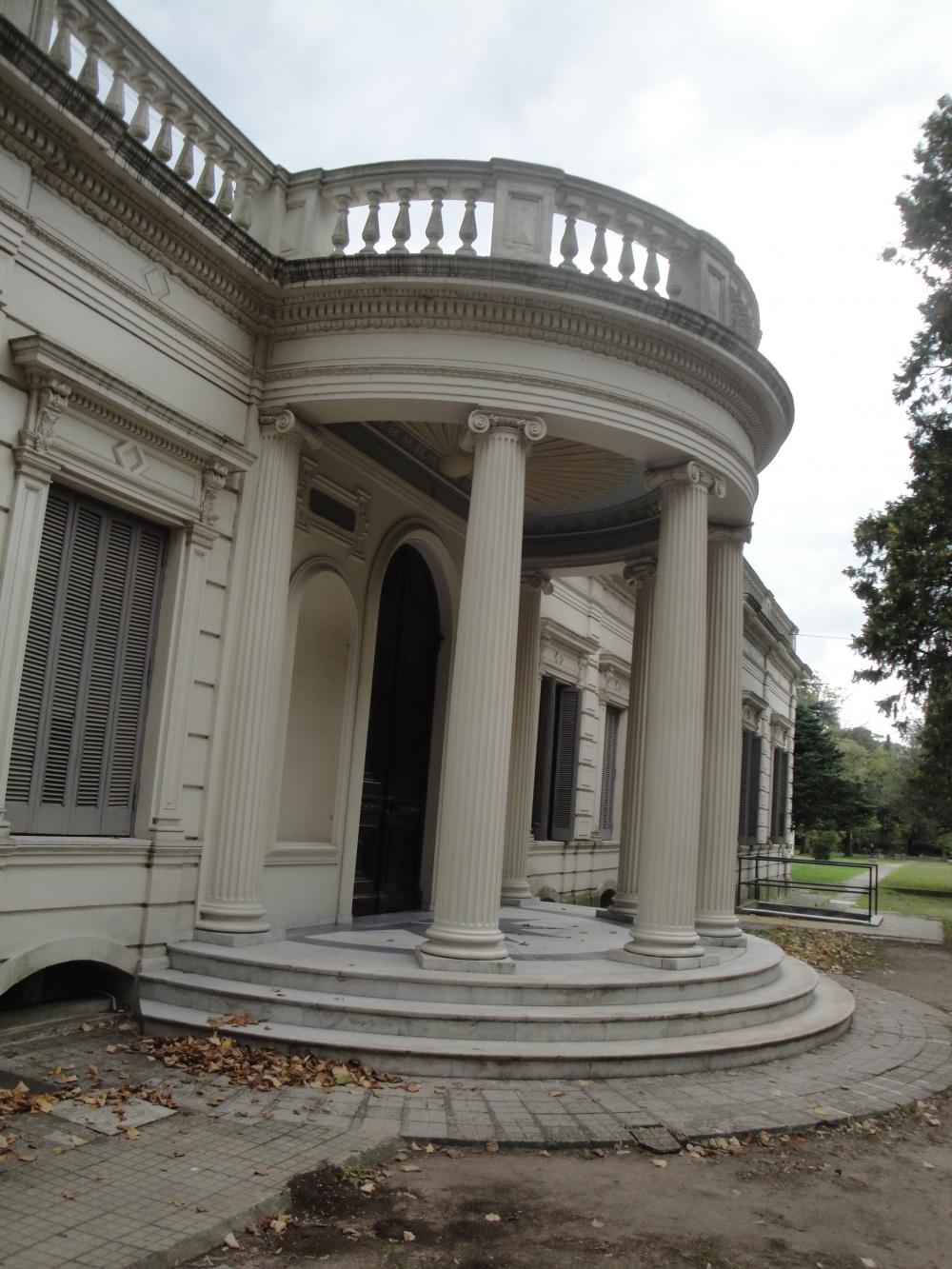 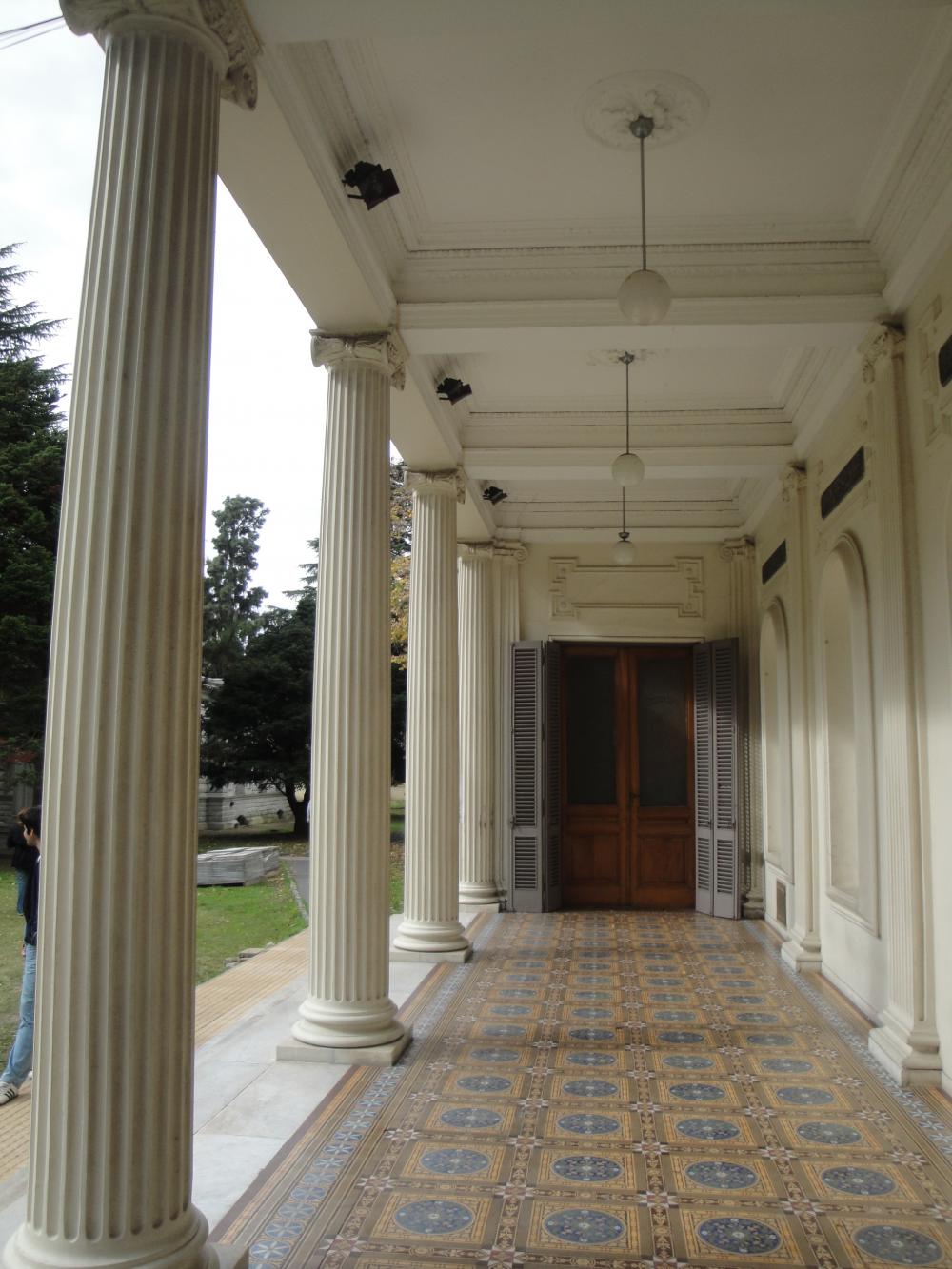 The City of La Plata was founded by Governor Dardo Rocha (1838--1921) on November 19,1882, and planned by the architect Pedro Benoit (1836--1897) on a generous scale with broad streets and diagonals; it is famous as one of the best planned urban system of the 19th century. An axis leads up the hill to a city park with the university, observatory and science buildings. The "Universidad Nacional de La Plata" was founded in 1905 (in 1897 it began as a Provincial University as the 3rd one in Argentina after Buenos Aires and Córdoba). The Astronomical Observatory together with the Natural Sciences Museum and the Veterinary and Agronomy Faculty were the first institutions.

The observatory was erected since 1885 by Pedro Benoit in historistic style like it was typical in Europe at this time but with an innovative layout -- about 20 buildings like domes, pavilions and shelters in a large 7 ha astronomy park (the description follows the article of Forte, Juan Carlos & Sofia A. Cora, 2009). In 1889, the main building and the meridian circle building were erected, the last one now used as a conference room. In 1891 the domes for the Zeiss-Gautier reflector telescope and the astrographic telescope, finally in 1895 the Gautier equatorial refractor telescope.

This observatory, active in research in astronomy, meteorology, geodesy, geophysics and seismology, supported since 1.1.1905 on a national level, became one of the leading institutions of the southern hemisphere. 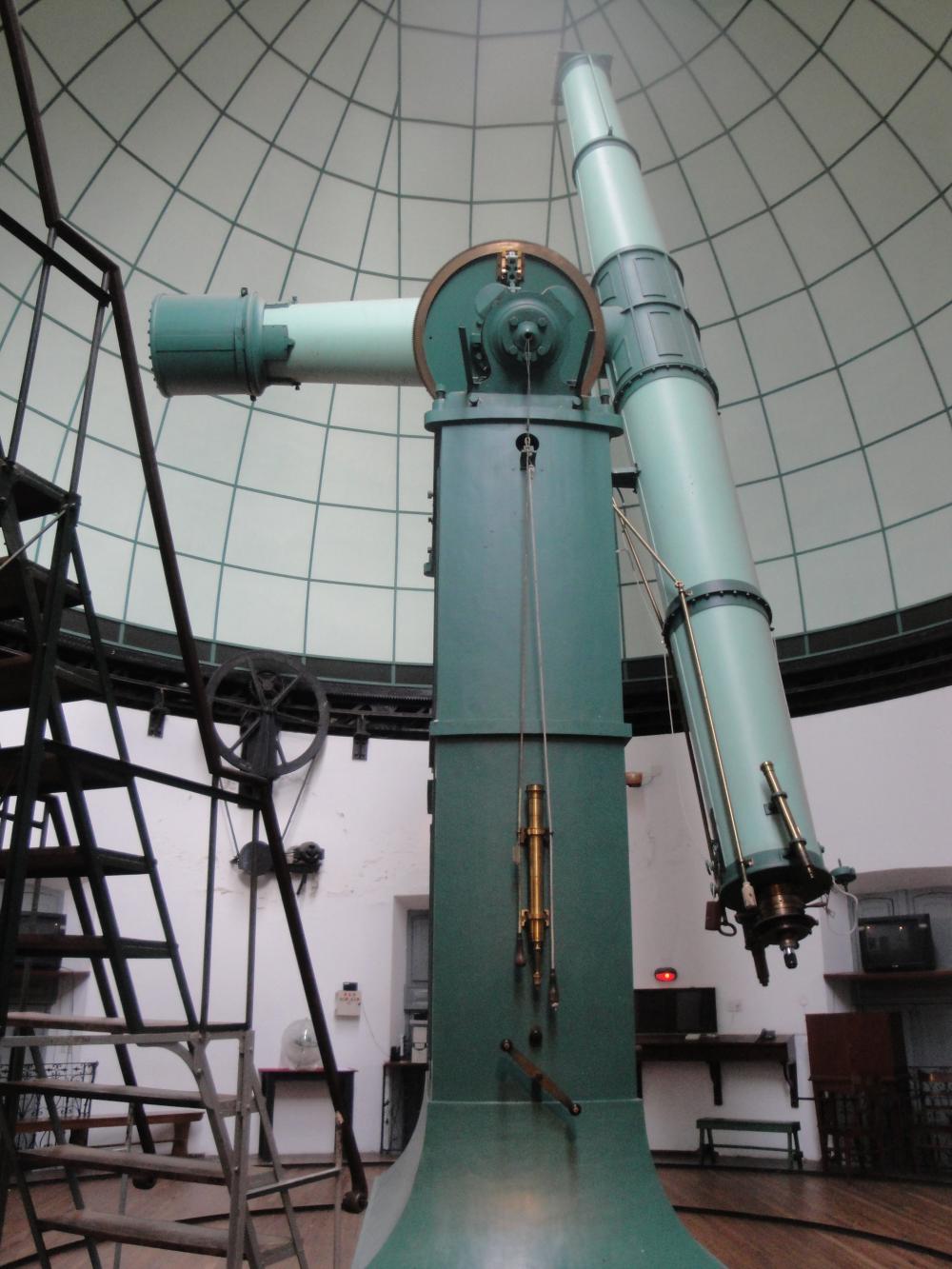 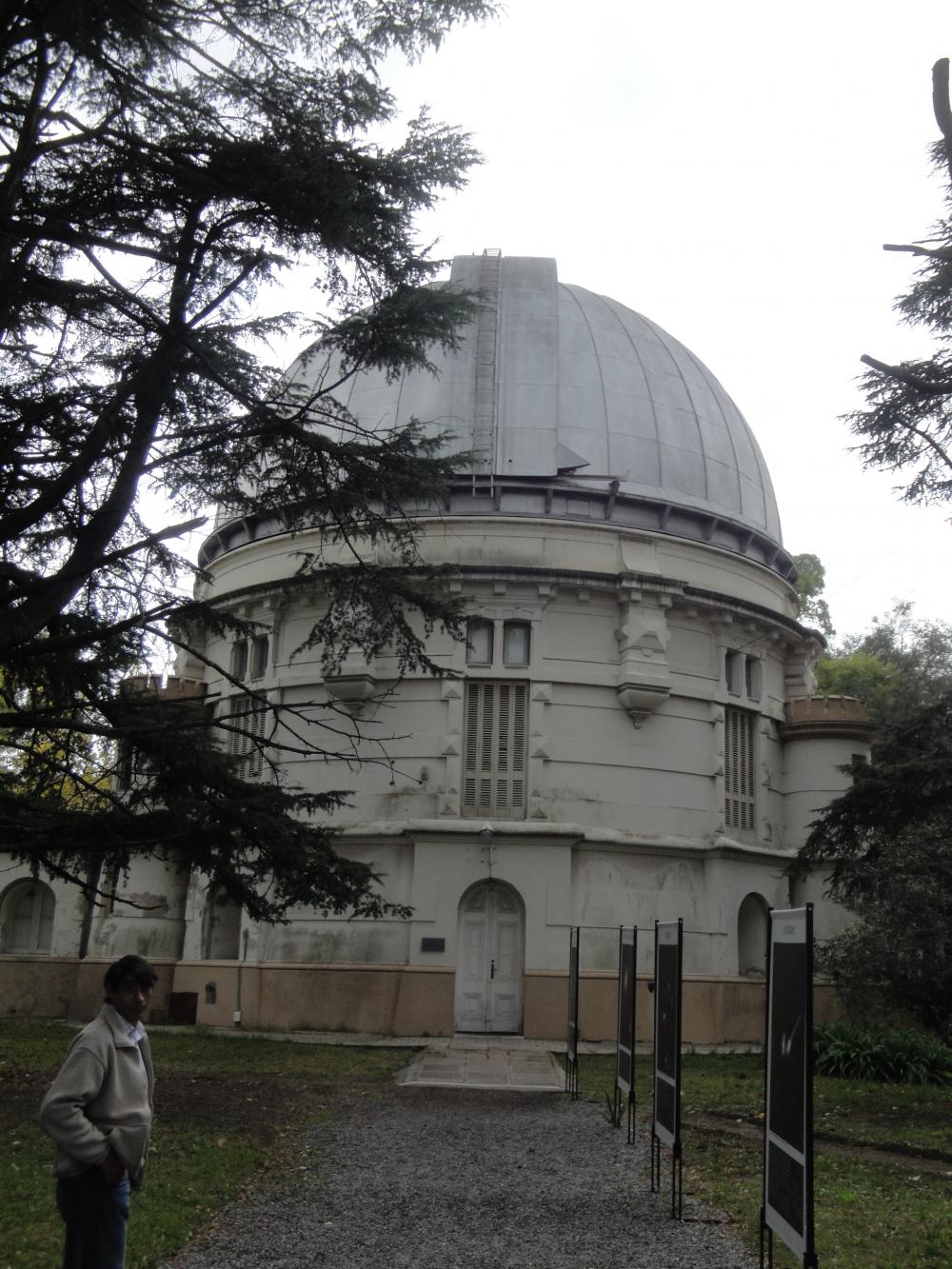 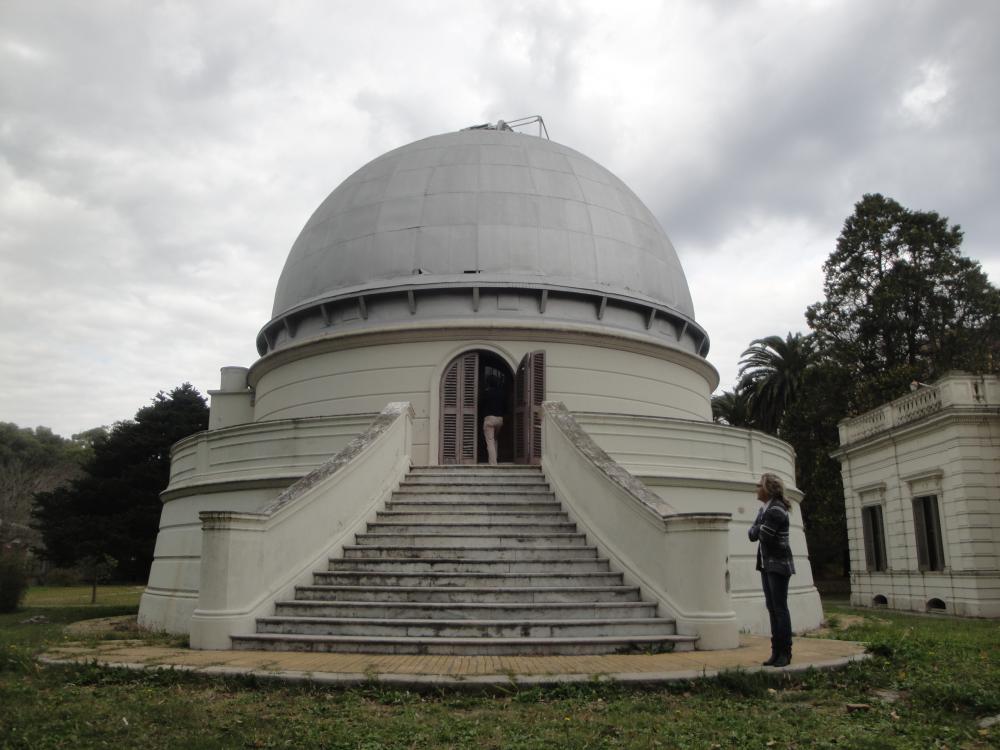 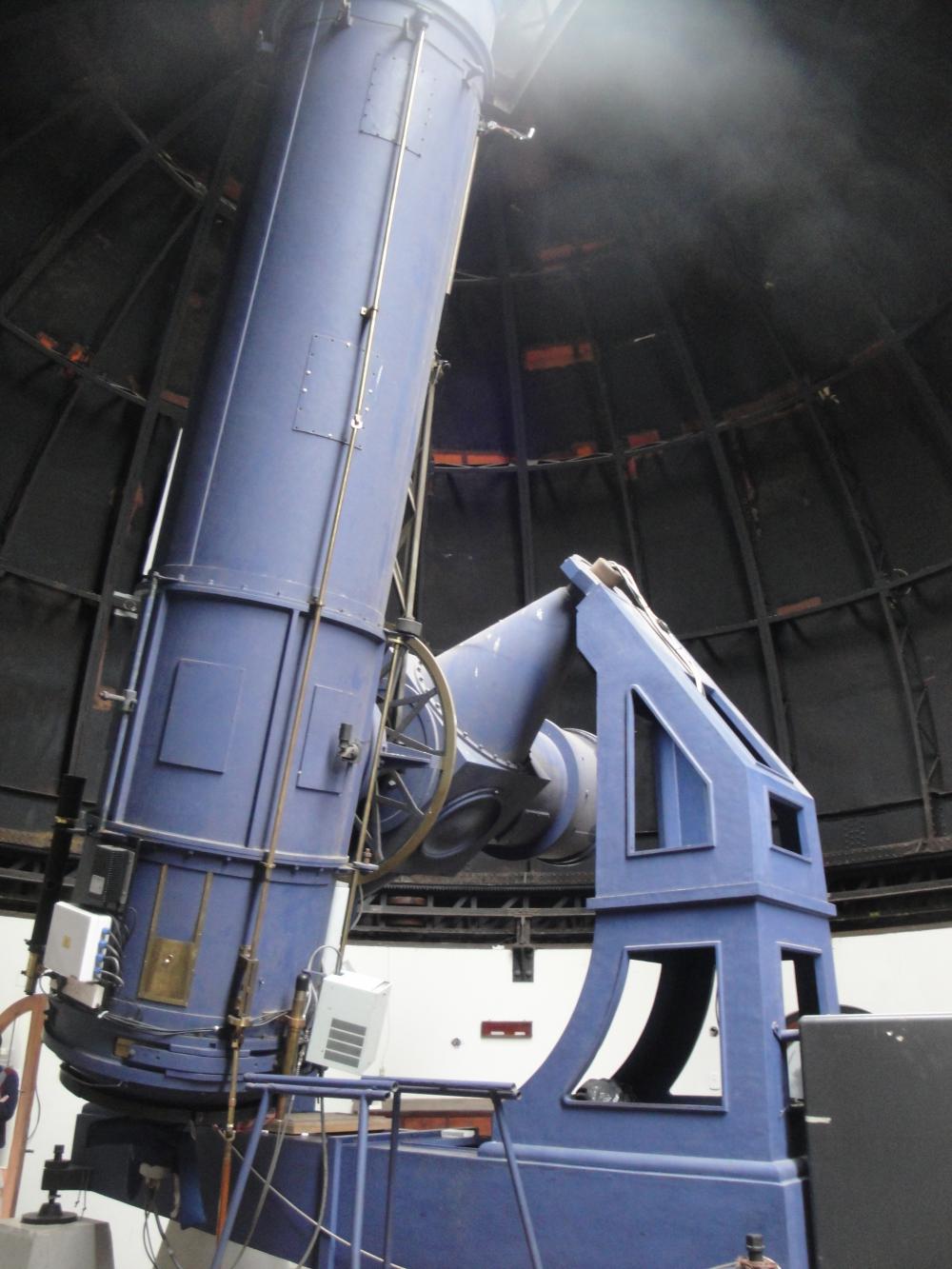 The idea of erecting an observatory was inspired by the event of the transit Venus, which was observed by French and Argentinian astronomers together. An astronomical station at Bragado was erected by Lieut. E. Perrin (French Navy) during the Venus transit on December 6, 1882, using a 8’’ equatorial refracting telescope and a chronometer. Furtheron a small meridian circle, two astronomical  clocks, a chronograph, and meteorological instruments were ordered.

Francisco Beuf (1834--1889), before director of the Marine Observatory at Toulon in France, was appointed as director of the Naval School and Hydrographic Office in Argentina, then on November 22, 1883 (until 1889) as director of the observatory. His emphasis was on positional astronomy (e.g. a meridian circle and a zenith telescope). Not before 1890 the domes of the larger instruments were installed.

In 1899 Virgilio Raffinetti was appointed as director interino until 1905. During the time of Francisco Porro di Somenzi, who was director from 1905/06 to 1910, (and also dean of the Faculty of Mathematical, Physical, and Astronomical Sciences), the completion and reparation of the buildings of the large refractor and the large reflector took place and of other magnetic, seismological and meteorological instruments. Also the time light for the time ball was substituted for giving time to the ships in the port at Dock Central.

Pablo T. Delavan on 26th September 1913, discovered the comet 1913d, an interesting discovery since it was the second apparition of Westphal’s comet, 1852.

Johannes Hartmann (1865--1936), the German director from 1921 to 1934, tried to introduce astrophysics, especially astrophotography. In the 1920s he made photographic observations of asteroids and comets; several asteroids were discovered, such as (965) Angélica, (1029) La Plata and (1254) Erfodia. Besides the discovery of asteroids he observed Eros and the Nova Pictoris.

Félix Aguilar (1884--1943), director from 1919 to 1921, and from 1934 to 1943, specialist in geodesy, made latitude observations in the context of the International Geodetical Association with the zenith telescope. In 1945 he erected the Austral Félix Aguilar Astrometric Station, located in La Leona, Santa Cruz province; the aim was measuring the positions of circumpolar stars with the Repsold meridian circle.

The observatory has also had several clock systems designed to provide accurate time. In addition there is a meteorological tower and the Mainka seismograph, a GPS system which forms part of a worldwide network. 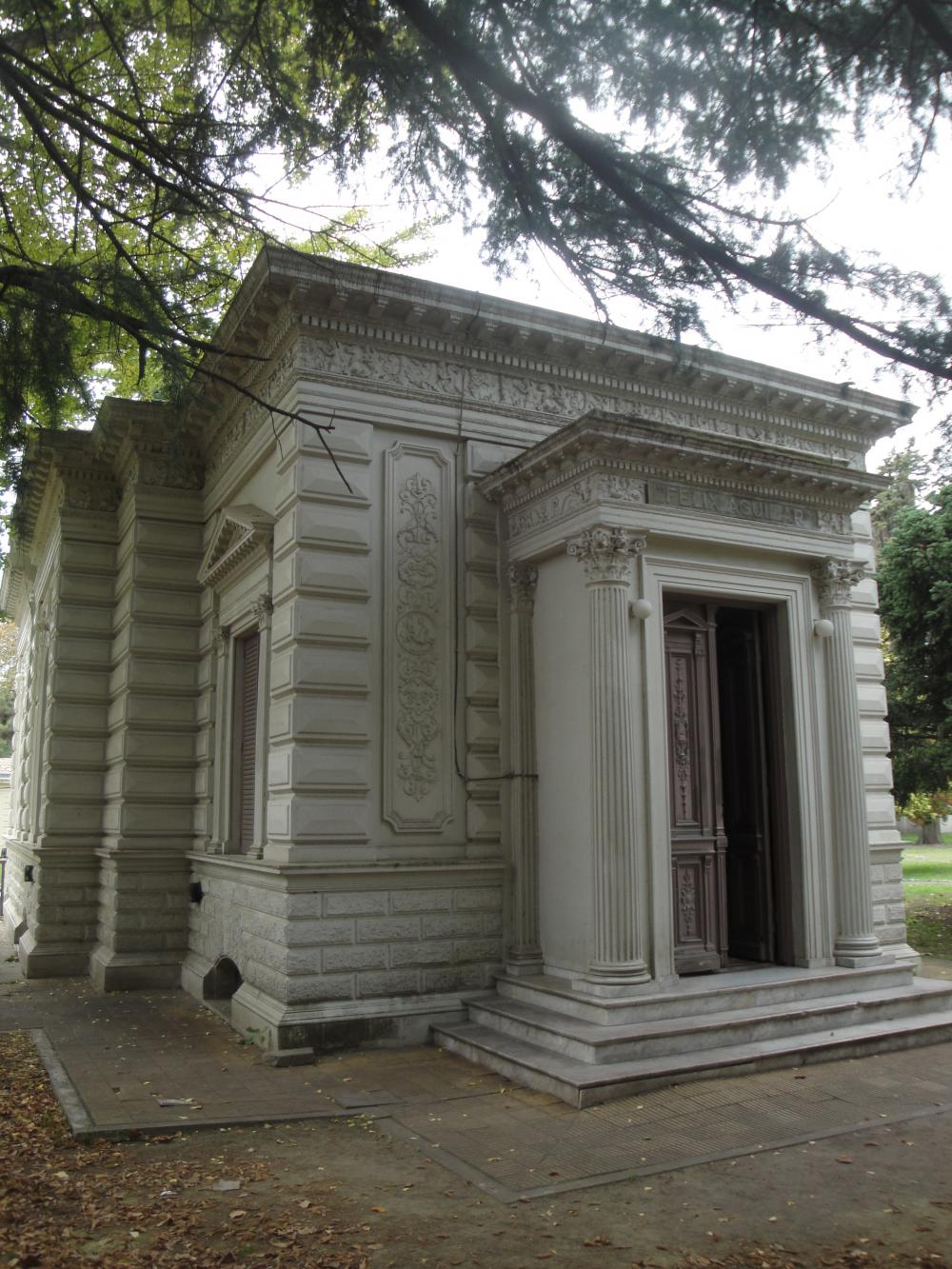 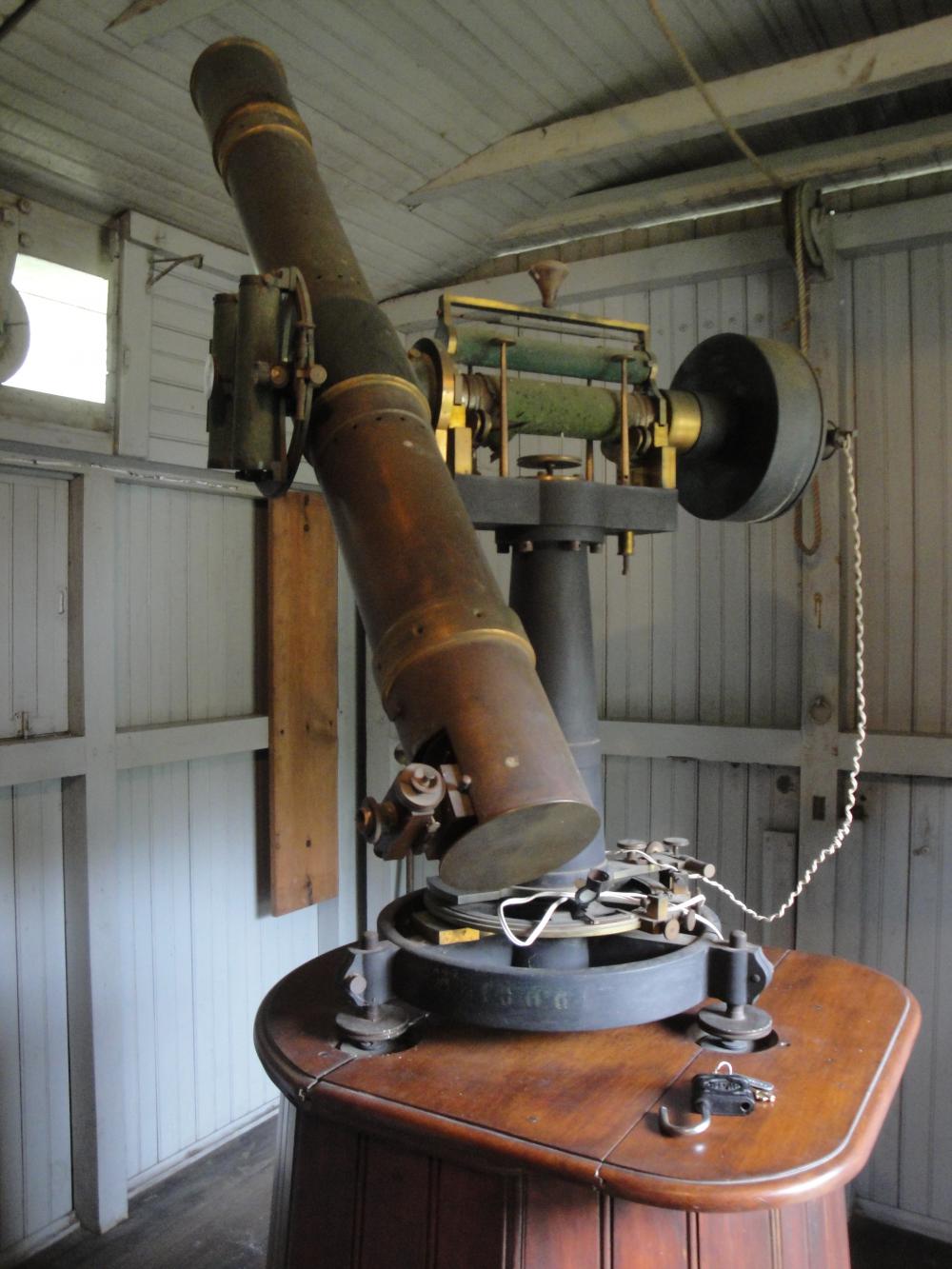 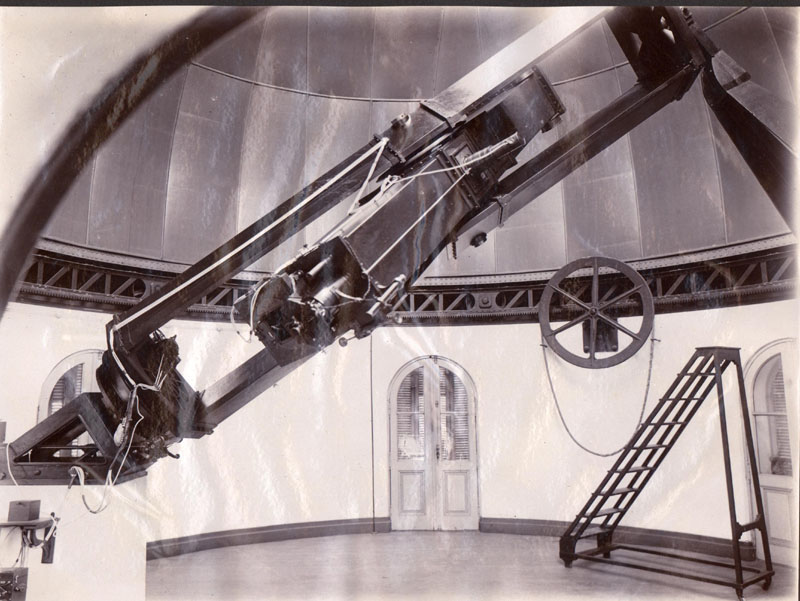 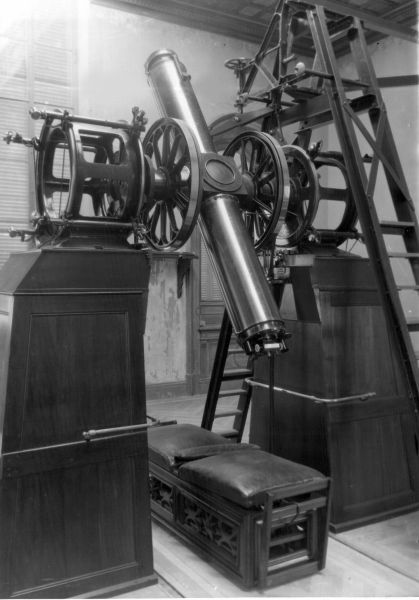 A large Ritchey-Chrètien reflecting telescope of 2.15-m, Boller & Chivens, was bought during the 1960s named "Jorge Sahade", the largest of the southern hemisphere and the forth largest in the world at that time. This "Jorge Sahade" telescope was installed in 1986 in the Complejo Astronómico El Leoncito (CASLEO, 1983, IAU code 829), San Juan Province of Argentina. 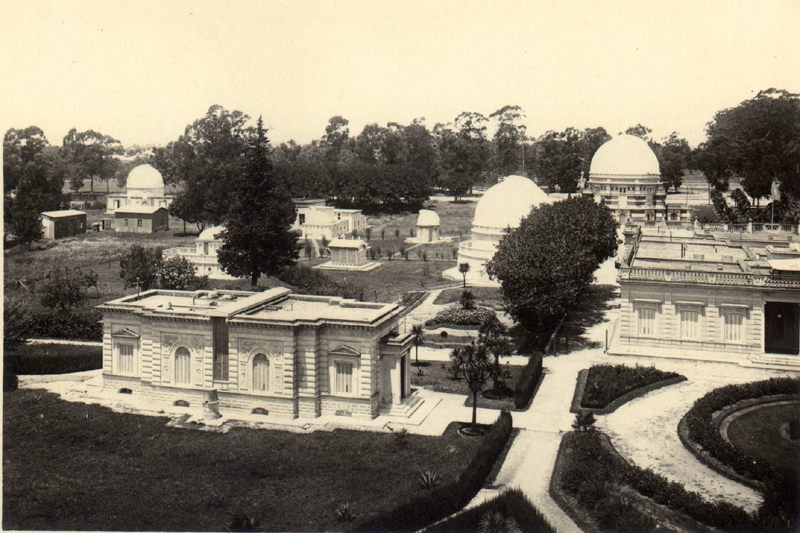 The park of 7 ha with 18 buildings remains complete, as it was built by Pedro Benoit at the end of the 19th century; some buildings are restored. A very impressive room is the library with an antique cast-brass gas chandelier and paintings of telescopes; the large table was used around 1900 for spreading and unfolding the large charts for the cartographic survey of the Province of Buenos Aires. Restoration by the architect Leonforte, a specialist of the Fine Arts, was carried out including the ceiling of the library, the Gautier refractor telescope and the Zeiss-Gautier reflector telescope. The Repsold meridian circle building was converted to a conference room. 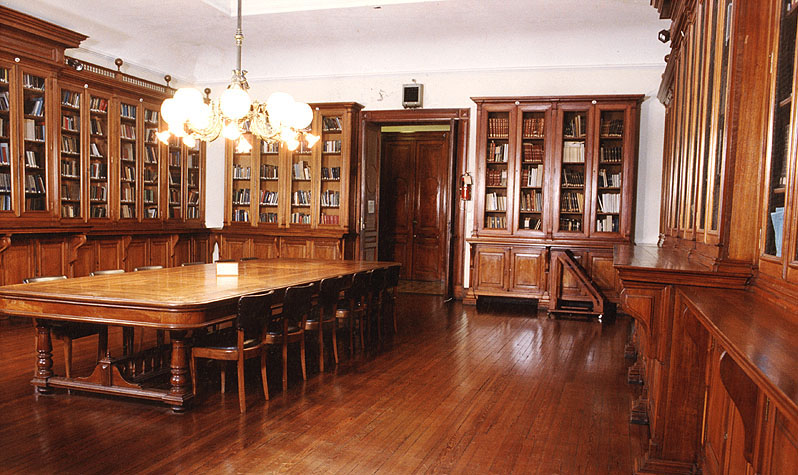 The ground floor of the Gautier equatorial refractor telescope is used as a Museum of Astronomy and Geophysics, created in 1997 within the network of Museums of La Plata National University. The original instrumentation has been recovered and is presented in the museum: it includes a Zeiss "blink comparator" for asteroids and variable stars research, the Repsold meridian circle, and a photometric camera.

The museum is responsible for the restoration and conservation of the historical instrumental heritage. In addition, there exists a photographic plate collection.

The impressive buildings of "distinctive architectural values", well preserved, especially the large domes for the refractor and the reflector. Both observatories, Hamburg-Bergedorf and La Plata, started -- besides surveying and time keeping -- with astrometry based on meridian circles, La Plata has a Gautier/Henry Meridian Circle (1890) and a Repsold/Zeiss 19-cm-Meridian Circle (1908), Hamburg has the Repsold/Steinheil 19-cm-Meridian Circle (1909). The Large Gautier/Henry 43-cm-Equatorial Refractor (1894) of La Plata was used like the Large Steinheil/Repsold 60-cm-Double Refractor of Hamburg-Bergedorf Observatory (1911) for the observation of binaries and many other objects.

This 80-cm-reflecting telescope, mounting by Gautier, optiics by brothers Henry (1882), in 1928 replaced by a Zeiss mirror and reconfigered as a Cassegrain telescope, belongs to the early ones of the world of that time, the largest in the Southern hemisphere, like in Hamburg-Bergedorf the 1-m-Reflector (1911), the largest in Europe and third largest in the world at that time (Mount Wilson: 1.52m, Lowell-Observatoey Flagstaff: 1.07m). Hamburg’s 1-m-reflector was the prototype for Europe: Zeiss 1-m-Reflector, Uccle, Brussels (1913), Merate Astronomical Observatory near Como (Milan-Brera) (1926), Zeiss 1.25-m-Newtonian-Cassegrain-Reflector, Berlin-Babelsberg (1924, since 1945  Simeiz, Crimea).

La Plata and Hamburg-Bergedorf had both a strong interest in astrophotography. La Plata started with the 34-cm-Astrographic Telescope (1890) with the typical Carte du Ciel mounting (the survey was taken over by Córdoba Observatory because of a broken objective); this was replaced by Carl Zeiss Jena objective in 1913, used for photographic observations of asteroids and comets. In Hamburg-Bergedorf, the Lippert astrographic telescopes and in the 1920s the AG Astrograph were intensively used for stellar catalogues like the AGK 2 and AGK 3, but also for asteroids and comets.

Both observatories have a remarkable photographic plate collection, and erected a station outside, La Plata the San Juan Observatory with the 2.15-m-reflector "Jorge Sahade" in the 1960s, Hamburg the Large Schmidt Telescope in Calar Alto, Spain, in 1976.

In 1935 the first School for Astronomy and Related Sciences was installed by Félix Aguilar in the Observatory, and a graduate course in geophysics was set up in 1948. By merging these schools in 1983 the current Faculty of Astronomical and Geophysical Sciences was established.

The astronomical institute of La Plata National University has also existed since 1997 and in the park a Museum of Astronomy and Geophysics and soon a Planetarium (2013) are to be offered to the public. The Zeiss-Gautier reflector telescope is also used for academic purposes. In addition the Zeiss-Gautier reflector telescope, the large Gautier equatorial refractor telescope and the Zeiss comet-seeker are currently used for teaching activities and star gazing for the public. "Both students and professors keep a deep connection with the historical past of the Observatory and there is a strong commitment to preserve the value of this unique cultural heritage."

The Observatory is still used by astrophysicists for high-level research. 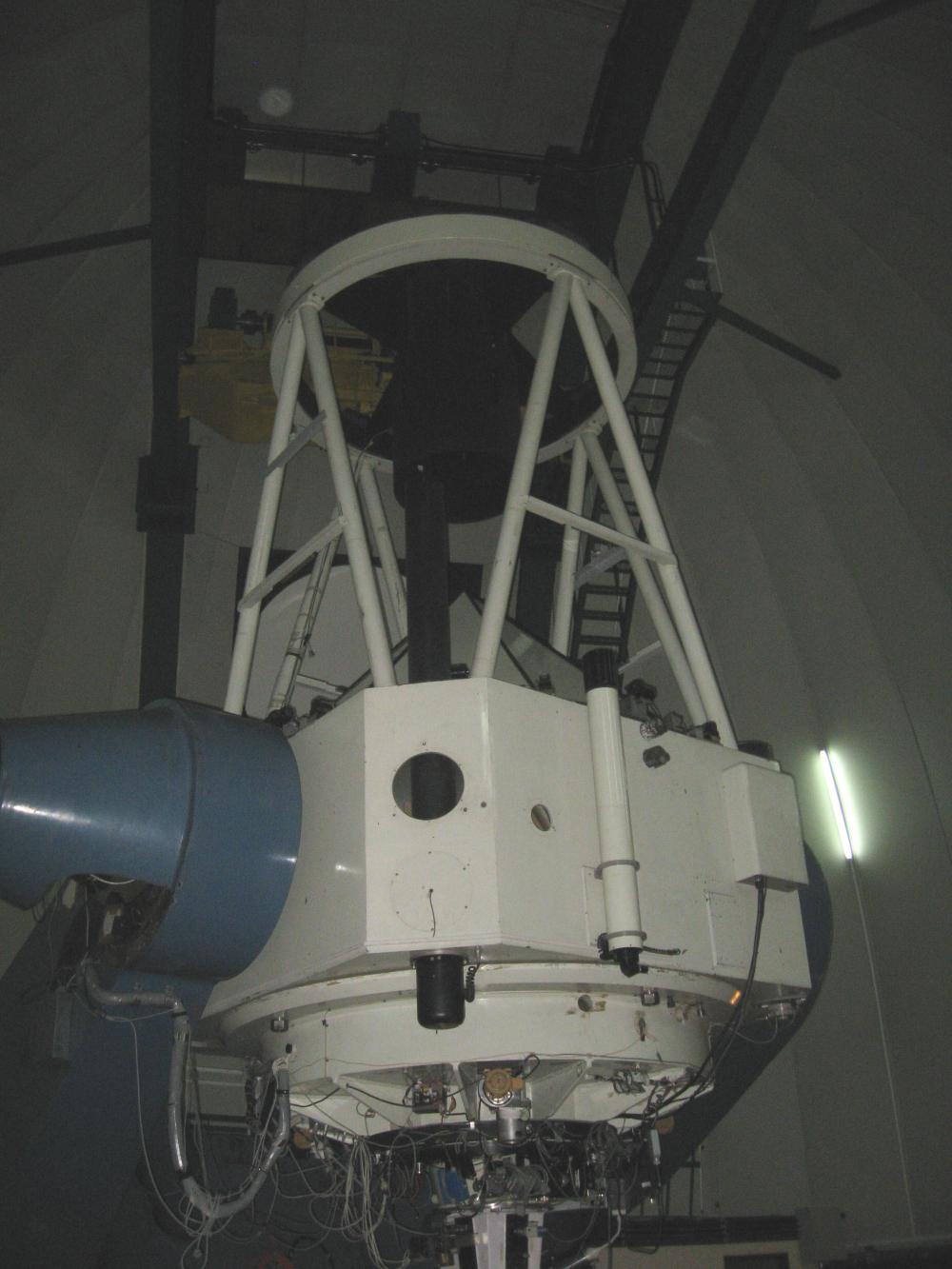 In addition, the Complejo Astronómico El Leoncito (CASLEO, IAU code 829) was founded in 1983/86, also in El Leoncito, San Juan Province of Argentina, a cooperation of the universities of La Plata, Córdoba, and San Juan.